Be the Change Wherever You Are

My encounter with Toastmasters began in 2014 when a senior executive at my employer asked me to charter a Toastmasters club in the company so employees could better respond to customer service feedback.

I helped set up the corporate club—Steamies Toastmasters—and through the club, schools in the country participated in the Youth Leadership Program and Speechcraft. We also began an initiative for school debates on World Environment Day, an annual event that has been in place for the last six years.

Through my experience in Toastmasters, I have gained confidence and taken on leadership roles, both professionally and personally. I have hosted and facilitated Speechcraft courses for young women and nonprofit organizations, and for female politicians to help prepare them for their political campaigns. Toastmasters is helping to break down barriers and more and more women are courageous and able to speak in public. Toastmasters training is empowering and giving confidence to many women in this country.

I am grateful for the immense benefits I have received as a member. My network has expanded globally, and I have made inter-national friends through my Toastmasters journey. Who is the audience? There are over 400 teams vying for the national championship. These wooden sleds can travel as fast as 40 miles per hour down a 400-foot wooden toboggan chute in a race that typically only lasts eight to 10 seconds. There are as many as 8,000 spectators from as far as Hawaii and Australia.

I take pride in my ability to use voice inflections and strategic pauses, and to banter back and forth with the crowd. After 11 years of announcing, I’ve learned to individualize the messaging to the teams and crowds that come and go throughout the day. This isn’t easy when I speak for 15-20 hours over two days. Preparation is important for any emcee of an event. This includes running through the team names ahead of time, doing research for entertaining cultural references that can make people chuckle, and never forgetting the tradition of how we got here in the first place.

Once a year I can break away from being shy and introverted to be the “Voice of the National Toboggan Championships.” Kennebec Valley Toastmasters in Augusta, Maine, and TD Legendary Leaders Toastmasters in Falmouth, Maine, gave me the tools to relate to the audience, adapt on the fly, and tell stories to keep people entertained. As long as I have a little serendipity and a major shot of confidence, I’m not sure there is any other place I would rather be on a cold February weekend. Presenting before an audience of any number, I mentally review the lessons I learned as a Toastmaster of 15 years: Begin with a catchy opening, use vocal variety, make eye contact, and capitalize on all the other skills I practiced over the years.

Being a blind Toastmaster has taught me to master a few other skills. For example, if you’re totally blind, fake the eye contact. Pay attention to where that laugh came from and look that way. Then focus on another spot. Try to memorize, because watching you read Braille can be distracting. Practice approaching and leaving the lectern or the stage with poise and dignity, either with assistance or independently. Use secret props to stay facing the audience without hanging onto the lectern. For speech contests, I used a small throw rug, which I placed in front of the lectern, and I always had at least one foot touching it.

For regular meetings, learn the names that go with every voice. When you are the evaluator, be honest about your blindness and ask your speaker where they are so you can direct your remarks to that person specifically.

I am grateful to the Gahanna Toastmasters Club for giving me the confidence to write two books (The Bumpy Road to Assisted Living: A Daughter’s Memoir and Insight Out: One Blind Woman’s View of Her Life) and to enjoy promoting them with book readings. I recruit an assistant to do the reading part, because I’m not a very good Braille reader. I hold the talk together with stories and segues. I usually perch on a stool while my reader stands, thus providing visual as well as vocal variety. I love performing. Thanks to Toastmasters, I can. A brief confession: Up until I was almost 18 years old, I had never heard of Toastmasters. Now, past my 18th birthday, I am honored to be the 2019 National Toastmasters Speech Champion of Trinidad and Tobago and the second-place winner in the region quarterfinals, which was held in Kralendijk, Bonaire, Caribbean Netherlands.

It has been a remarkable journey. Just six months after I joined Toastmasters, I earned first place in the Trinidad and Tobago contest, and one month later, I represented my country in the Caribbean leg of the competition. Through mentorship and club evaluations I grew steadily in confidence and delivery, and I began believing more in my own innate creativity and innovativeness.

I had to be innovative to even compete in the region quarterfinals, as I was in the middle of my Caribbean Advanced Proficiency Examinations for school. I received official approval to take my exam outside of my home country, where the contest was taking place. It took me 48 hours to arrive for the competition, but I made it in time for the contest. However, due to my flight schedule, I had to leave for the airport immediately after the contest—a taxi waited just outside the doors for me. I missed many of the contest events, but I had to make it to another school exam back in Trinidad!

Attending and competing in the contest was an invaluable learning experience. I have used the early success I have found in Toastmasters to build my confidence in my communication ability and discovered the benefits to be gained from commitment, discipline, and sacrifice. I’m glad I met you, Toastmasters. Thanks a million!

Do you have a Toastmasters success story you’d like to share about yourself or another member? Write it in fewer than 300 words and send with a high-resolution photo to submissions@toastmasters.org 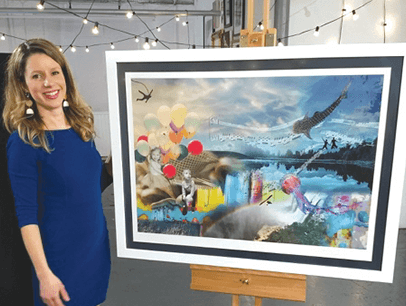 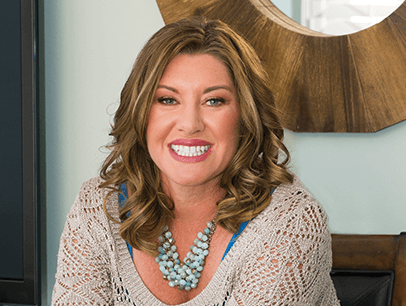 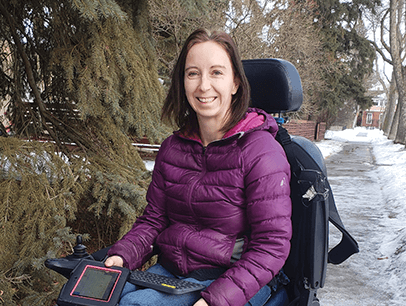