December 2022 View PDF
×
Got year-end supply orders? Place orders by 11:59 p.m. Mountain Time December 13 to be shipped by December 22. All orders received after that date will begin shipping January 3, 2023.
Next


Click play to hear an interview with International President Richard E. Peck and the hosts of the Toastmasters Podcast.


As a lifelong learner, Richard E. Peck, DTM, is quick to embrace all types of engaging experiences, especially when it comes to supporting Toastmasters around the world.

He’s ridden go-karts on an international karting track with members of District 20 in Bahrain; enthusiastically accepted an unexpected mentor request in the middle of an online meeting sponsored by the Shanghai Xujiahui Toastmasters Club; dropped by a club meeting to virtually support a new member giving her first Ice Breaker in District 26; and worked diligently to learn the proper pronunciation of each Chinese name prior to installing District 85 officers, although he’s not sure how well he did.

In the months before taking office, Peck anticipated a year of stability, along with plenty of the planned and serendipitous member engagement and learning experiences he has enjoyed since joining his home club, Nutmeg, in Woodbridge, Connecticut, in 2006. He is currently the club’s Vice President Education, and also a member of Park City Toastmasters of Stratford in Stratford, Connecticut.

“As I looked at my coming term, Toastmasters was trending well. I wanted to build on that and yet also give members a time to be settled, to work on personal growth, with no major organizational changes,” he laughs.

“When I first joined as a club member, I quickly realized that I could talk, but I couldn’t communicate.”

“We were dropped into this situation, and we have to find ways to work within it and still give our members what they need. Fundamentally, there will be some organizational shifts and we still don’t know precisely what the end result will look like,” he says.

However, as an electrical engineer with an MBA degree and an ardent interest in international business and culture, Peck is exhilarated by the connective opportunities for Toastmasters clubs no longer constrained by geography.


“As an organization, I feel that we will come out of this current situation wiser, our members will come out of this as a more closely knit community, and there will be a greater realization that the borders between us, real or imagined, can be overcome with just a little ingenuity. I also feel that our members are becoming more culturally aware through their ability to join club meetings around the world and experience a different culture, even if just for a short time,” he says.

“In the years to come we will look back on decisions made in difficult times and know that we rose to the challenge, that we put our members first, and that we faced the unknown and stood strong.” 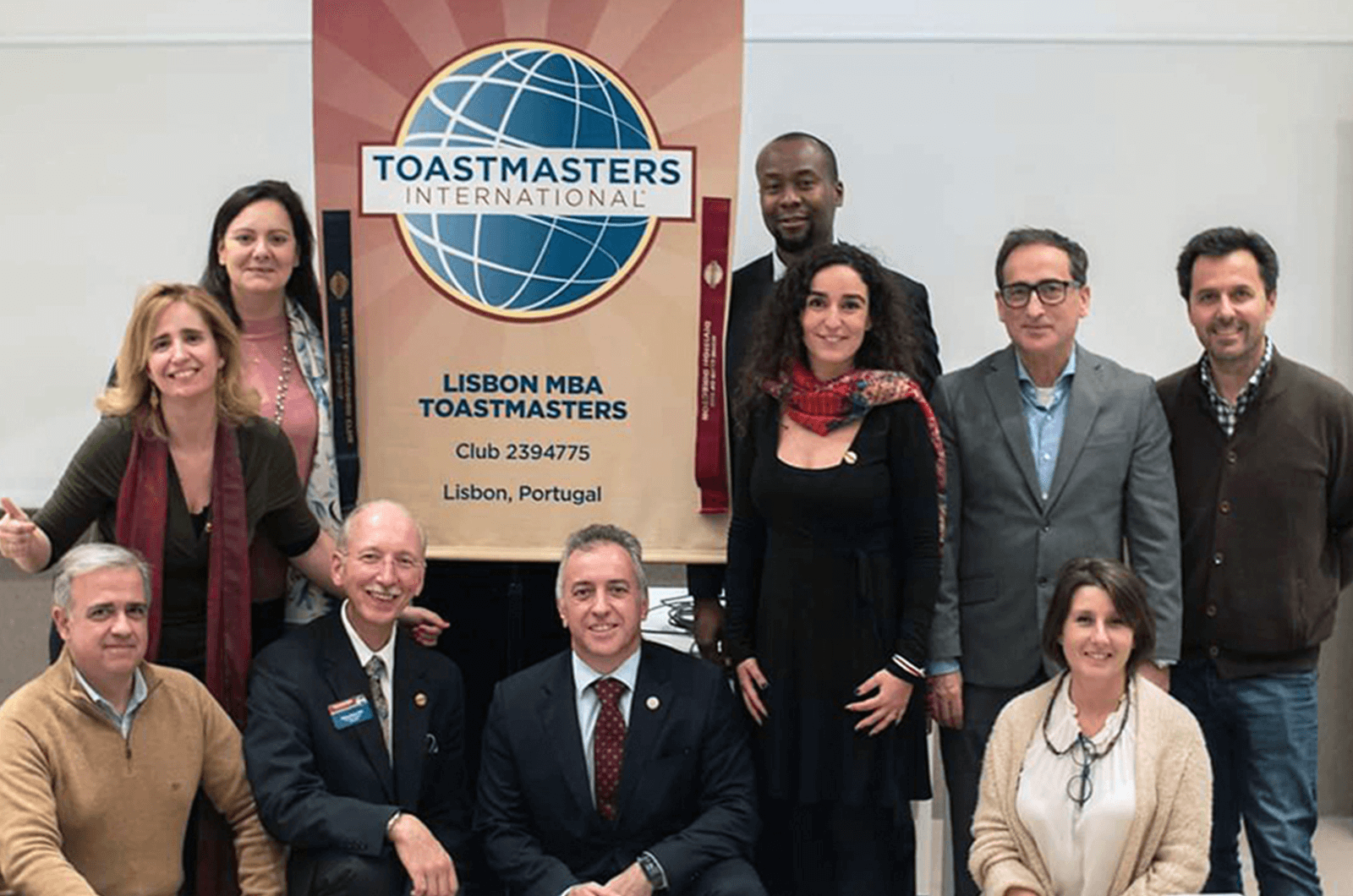 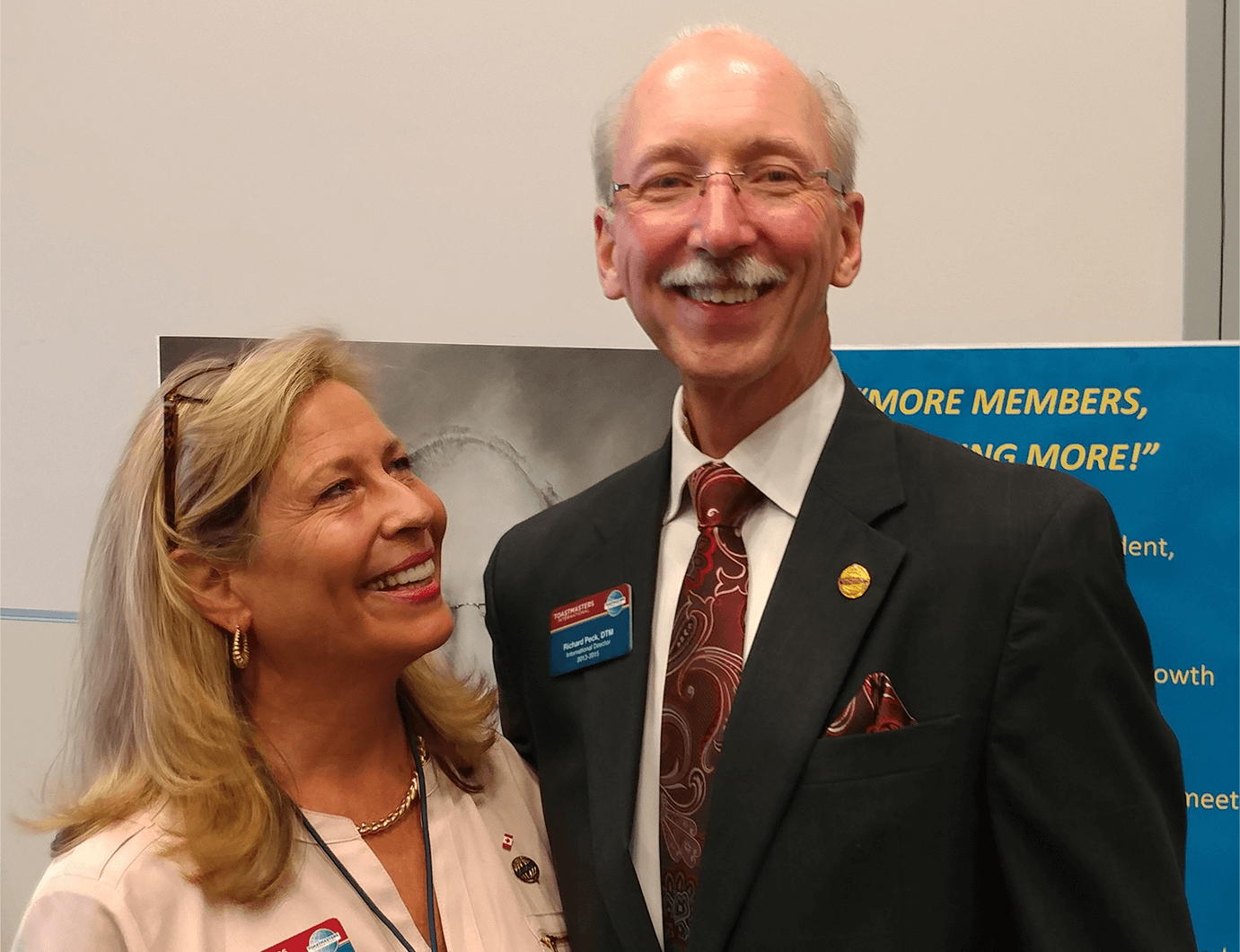 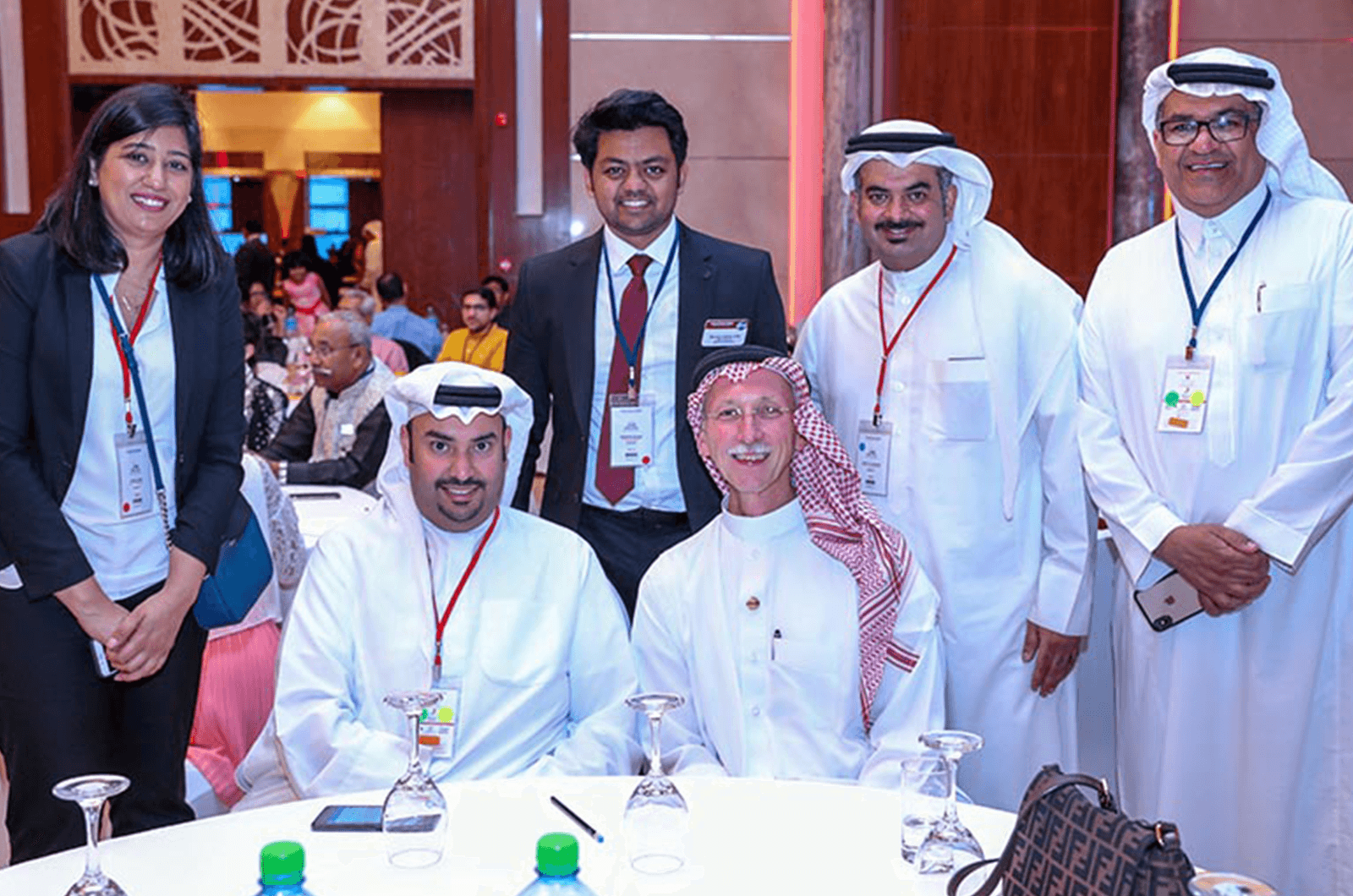 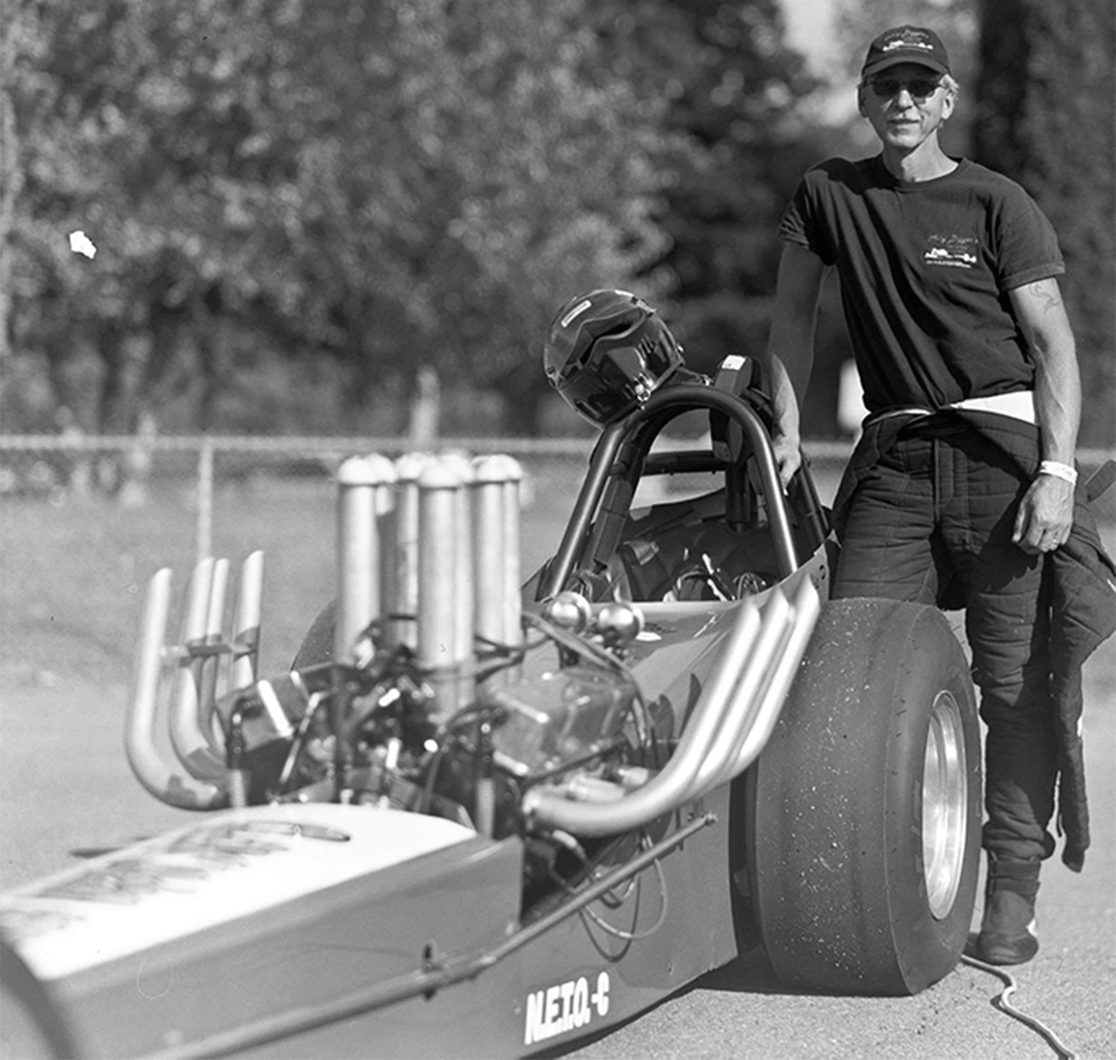 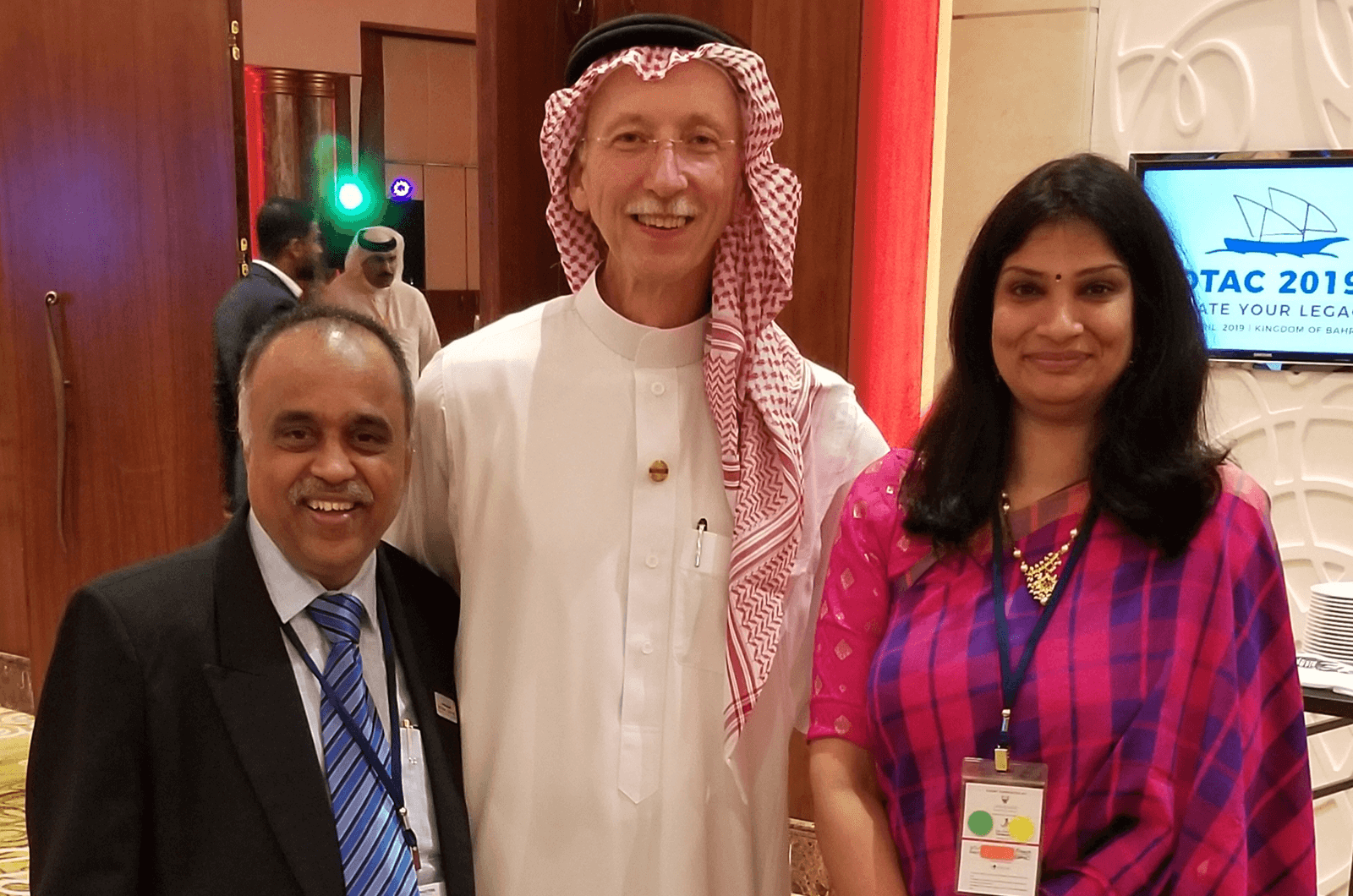 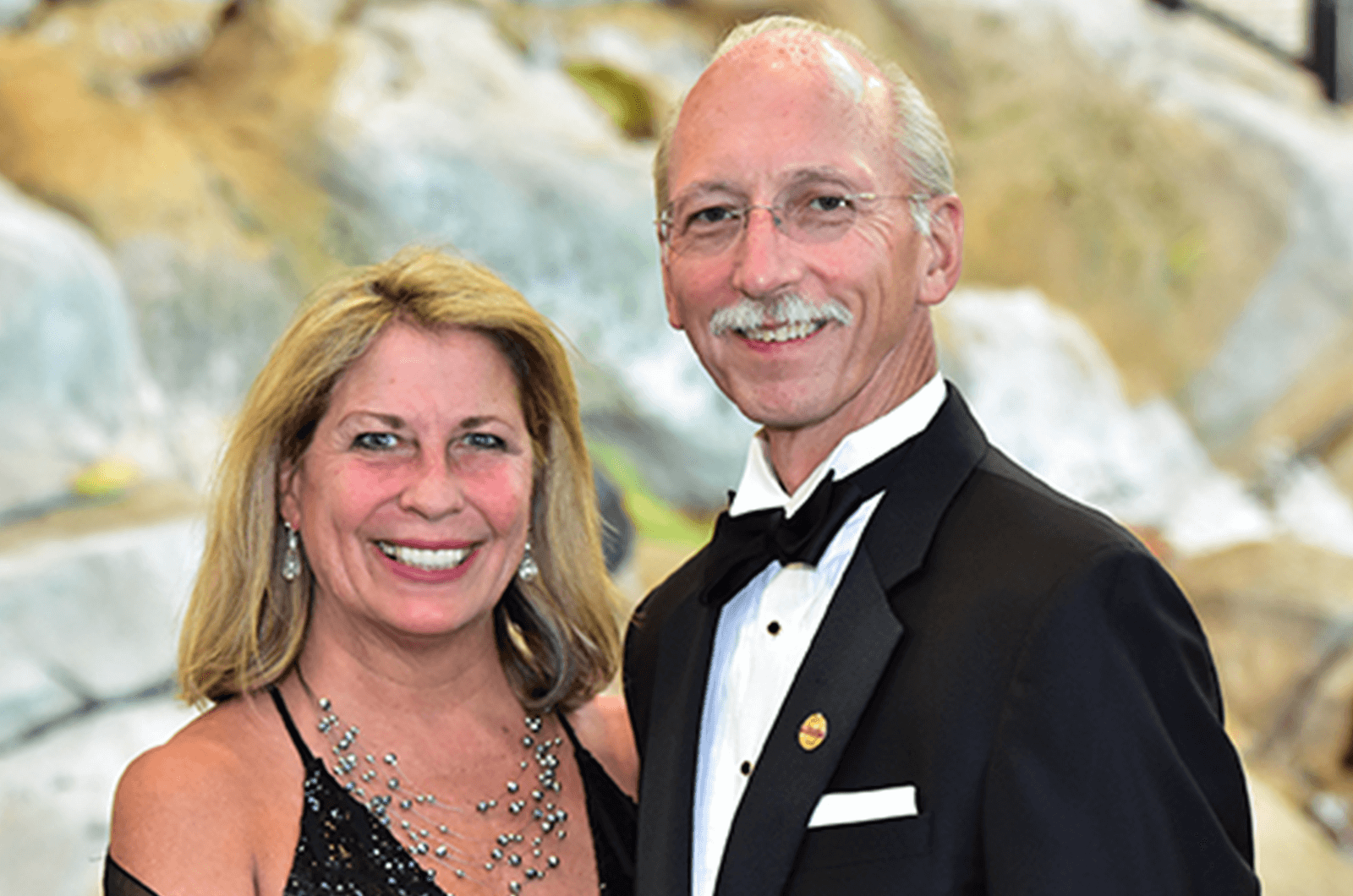 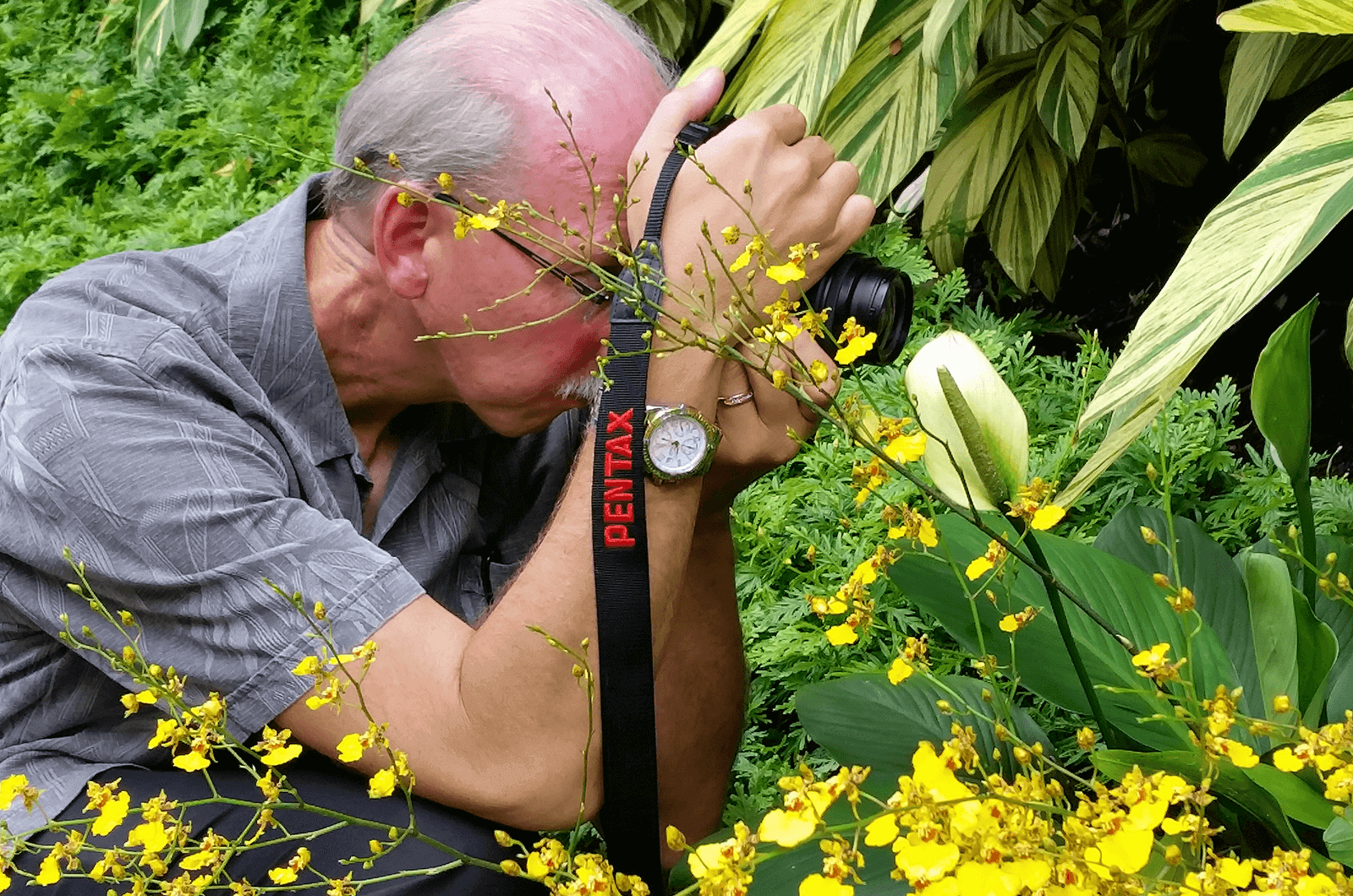 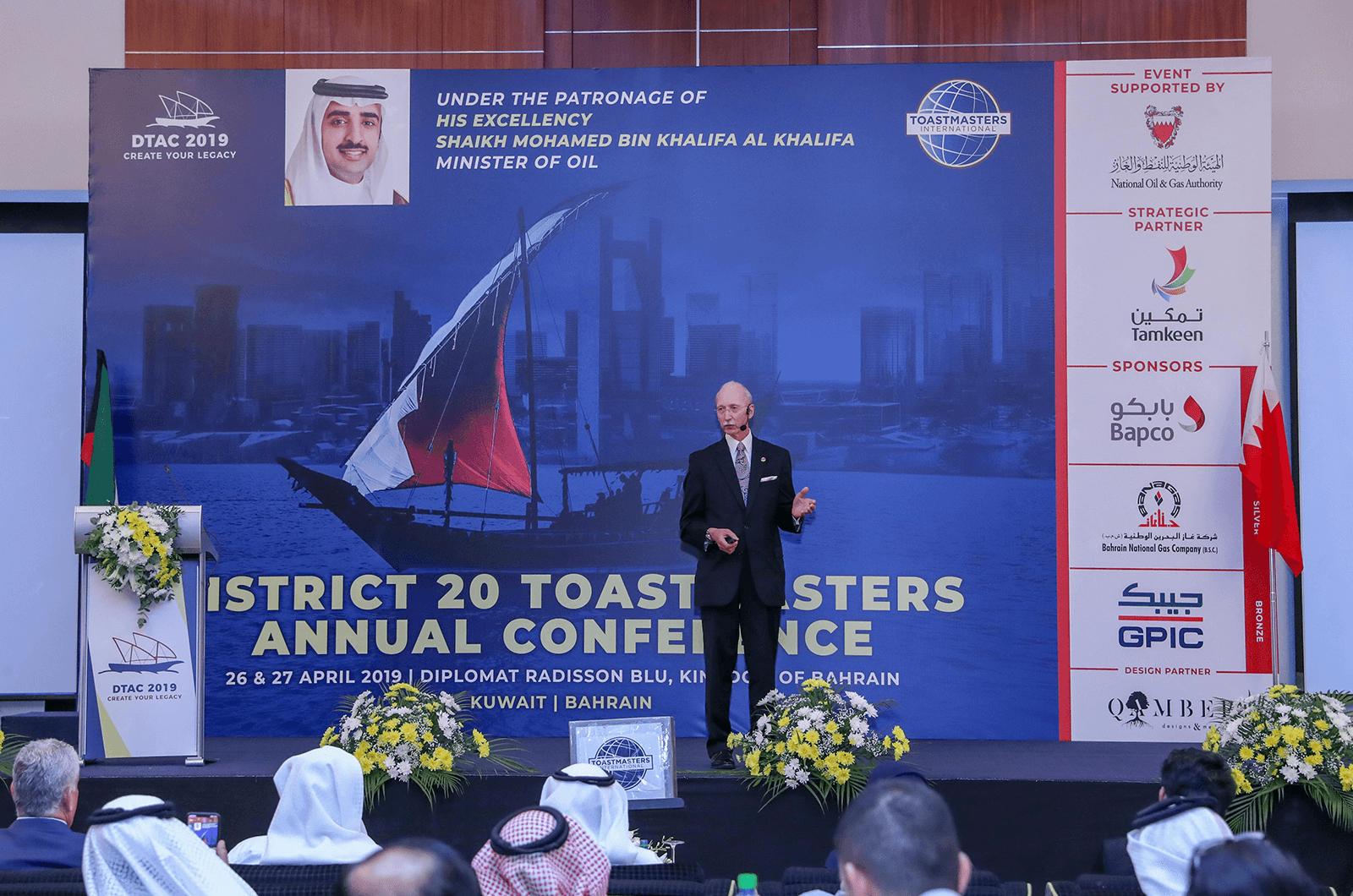 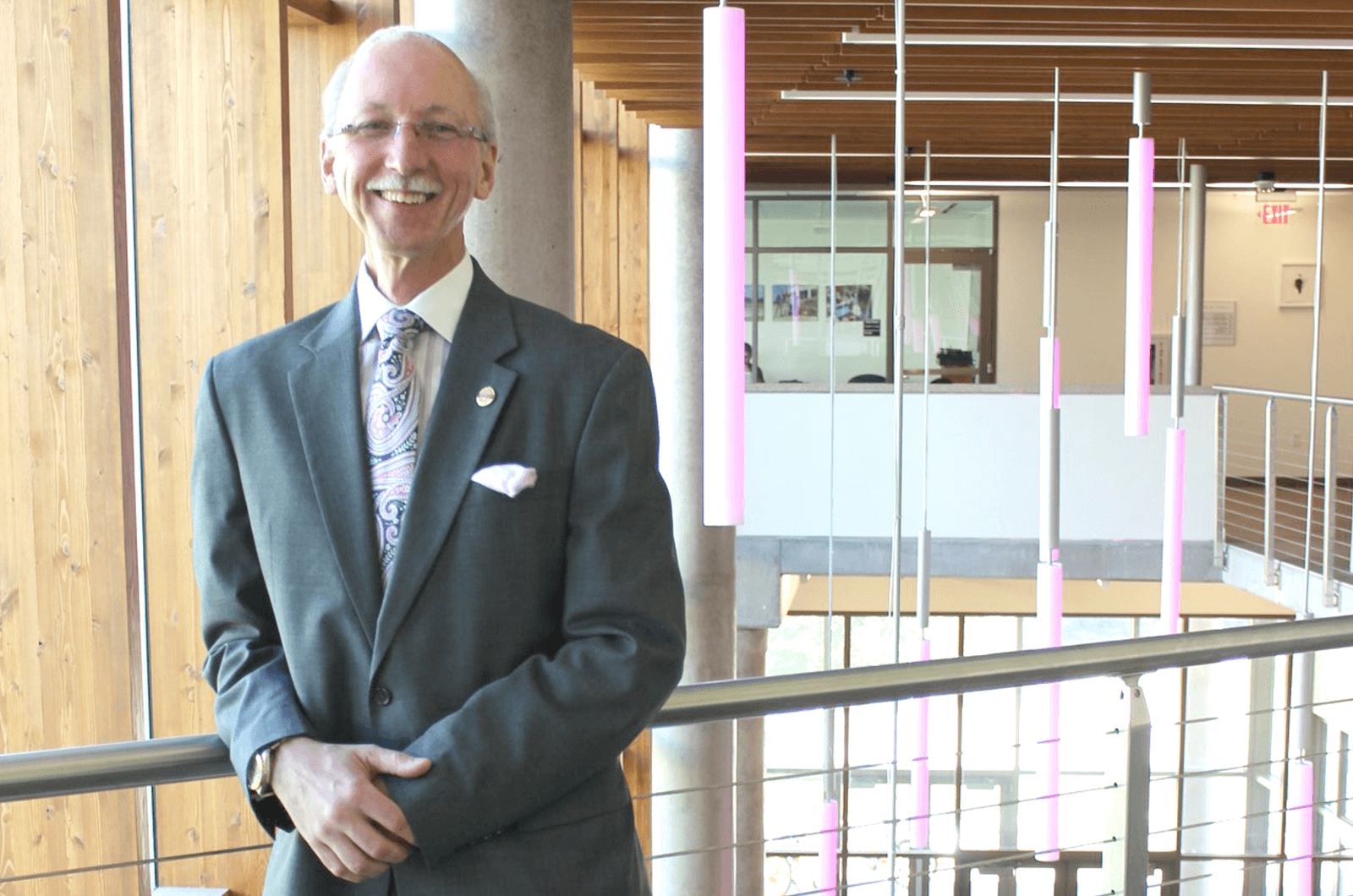 Why did you join Toastmasters and why have you stayed?

I met Les Brown, who received Toastmasters’ Golden Gavel award in 1994, at a workshop. He asked if I’d ever thought about public speaking. I hadn’t, as I was well into my career with ATT at that point.

But later I wondered, why did he ask? So I called and asked his recommendations for taking such a step. The first suggestion out of his mouth was to join Toastmasters. So I did.

When I first joined as a club member, I quickly realized that I could talk, but I couldn’t communicate. I hadn’t had to worry about those skills for much of my career until Toastmasters showed me totally different learning avenues to pursue.

What really hooked me was quickly realizing that because we are club- and member-based, we can actually witness change in individuals. Someone is terrified in their first few speeches, and 10 speeches in they are commanding the room because they’ve had that metamorphosis about who they are. That’s kept me hooked.


How would you describe your leadership philosophy and leadership style?

I’ve used this phrase in some of my keynotes—leadership is not about being the center of attention, it’s about being the epicenter of action. If you are willing to take a leadership role with no title or credit, you’re there for the right reasons. If not, a title is leading you.

As for leadership style, a Past International President once jokingly referred to me as “the lawyer,” for my tendency to listen carefully and not be the first to jump into a discussion. I function best when taking time to formulate my thoughts before acting—but as with any personality trait, not everyone perceives it the way you mean it. We all have primary traits, yet they don’t work in every situation, so I’ve learned to be adaptable. Basically, as a leader you are never, ever going to have full knowledge of the skills needed for every situation. Just when you think you have it all figured out, something new comes along—and so you add something into your skill set.


What is your advice to Toastmasters interested in pursuing leadership roles, especially at the international level?

I can only speak for myself as I didn’t join Toastmasters with the mindset of becoming International President. However, I’d advise building and practicing skills at each level you achieve. Look for evaluators, someone who can give you a sense of your strengths and weaknesses. Find a mentor—in fact, find ones that specialize in every expertise you’d like to learn, and mentors in different parts of the world if possible.

Be self-aware. You may think you’re a great leader because you keep moving up—but is that because no one is running against you? Road test those skills. When I lost my first run for 2nd Vice President in 2016, I was devastated. I’d never lost before. Then I realized I hadn’t really won anything because I’d been relying on existing skills. I was pushed hard in that election but hadn’t allowed myself to increase the skills I needed for the position. The voting members were right—I hadn’t risen to the level of the leader they saw the organization needed.

First, be the great leader in the role you are in. Then, if the opportunity arises, build the skills to continue. It may be that you can have far more impact as, for example, an Area Director on the individuals you work most closely with. An International President has to see and do things differently at that level.


Stephanie Darling is senior editor for the Toastmaster magazine. Reach her at sdarling@toastmasters.org.
Next Article

Spouse: Peck describes his wife, Bettyann Peck, DTM, as “my rock and support throughout my leadership journey.” She is a member of Park City Toastmasters of Stratford in Stratford, Connecticut, and serves as District 53 Public Relations Manager. Bettyann is a former Area Director who teases her husband at times that she earned her DTM before he did.

Around the House: Peck enjoys cooking. He’s especially fond of baking since it’s an exacting science that requires attention to detail. Both Pecks are adventurous foodies, having tried foods ranging from fried ants and chili crab, to the local cuisine at a hawker center in Singapore.

Picturesque: As an amateur photographer, Peck enjoys sharing the hobby with fellow Toastmasters around the world. One of his favorite stops recently was virtually joining the Lensmasters Toastmasters Club in Costa Mesa, California. Combining speaking and artistic skills, this club’s amateur and professional photographers craft their Table Topics® sessions around photos provided by members.

Fast Times: Peck jokes that he learned the meaning of leadership after assembling a dragster car racing crew he could trust with his life. The crew oversees the automotive details while Peck buckles into the cockpit, hits the gas, and rockets the car down a quarter-mile strip, reaching 157 miles per hour in 8.1 seconds. A parachute fires out of the back end to stop the car. He and Bettyann are the only two people allowed to pack the parachute, Peck notes, wryly.

In this brief Q&A, International President Richard E. Peck, DTM, answers a few questions from members around the world.


I believe corporate and community clubs have different needs and priorities, especially during COVID-19. Now that Pathways is the official education program, will Toastmasters International revamp the way it helps to grow clubs in the corporate setting?

I absolutely agree that corporate clubs, regardless of COVID, have different needs. The Corporate Relationships Committee presented a series of recommendations to the Board of Directors to help strengthen the support for corporate clubs. Unfortunately, due to the virus, we have had to delay implementation of these recommendations but hope to address them in the near future.


Do leaders have anxiety? If so, how do they overcome it?

Speaking for myself, yes! Anxiety comes from wanting to deliver your very best in every situation. I also think having anxiety shows you have a passion for what you’re doing. If I am visiting a District, I want to ensure that everyone benefits and sees value. If I’m visiting a corporation or doing a media spot, I want to make sure that I am representing Toastmasters International properly. However, I don’t necessarily try to overcome anxiety but rather use it as a motivator to be at my best for the job at hand.


How can Toastmasters clubs optimize the value of remote and in-person meetings?

This will be the subject of considerable conversation by the Board in the coming months. As a result of COVID-19, we have adapted our traditional ways of doing things to the current environment. It’s possible that some clubs may now want to function as hybrids, offering both meeting formats. As we move forward, the most important issue will be to evaluate innovative ways to meet the needs of our members and continue to grow our organization. The use of online meetings will be just one of many things to consider.


Will virtual Club Officer Training be allowed once the COVID-19 crisis is over, without having to obtain special permission?

I was part of a conversation on this topic recently and learned there are no policies or documents that prevent or require permission for virtual/online training. Training needs to be presented in a “live” format and offer more than just watching a video. Of course, because of the experiential learning value, in-person training is always encouraged. Districts planning online training should contact World Headquarters to ask questions and get suggestions, ideas, and best practices for optimal training results.