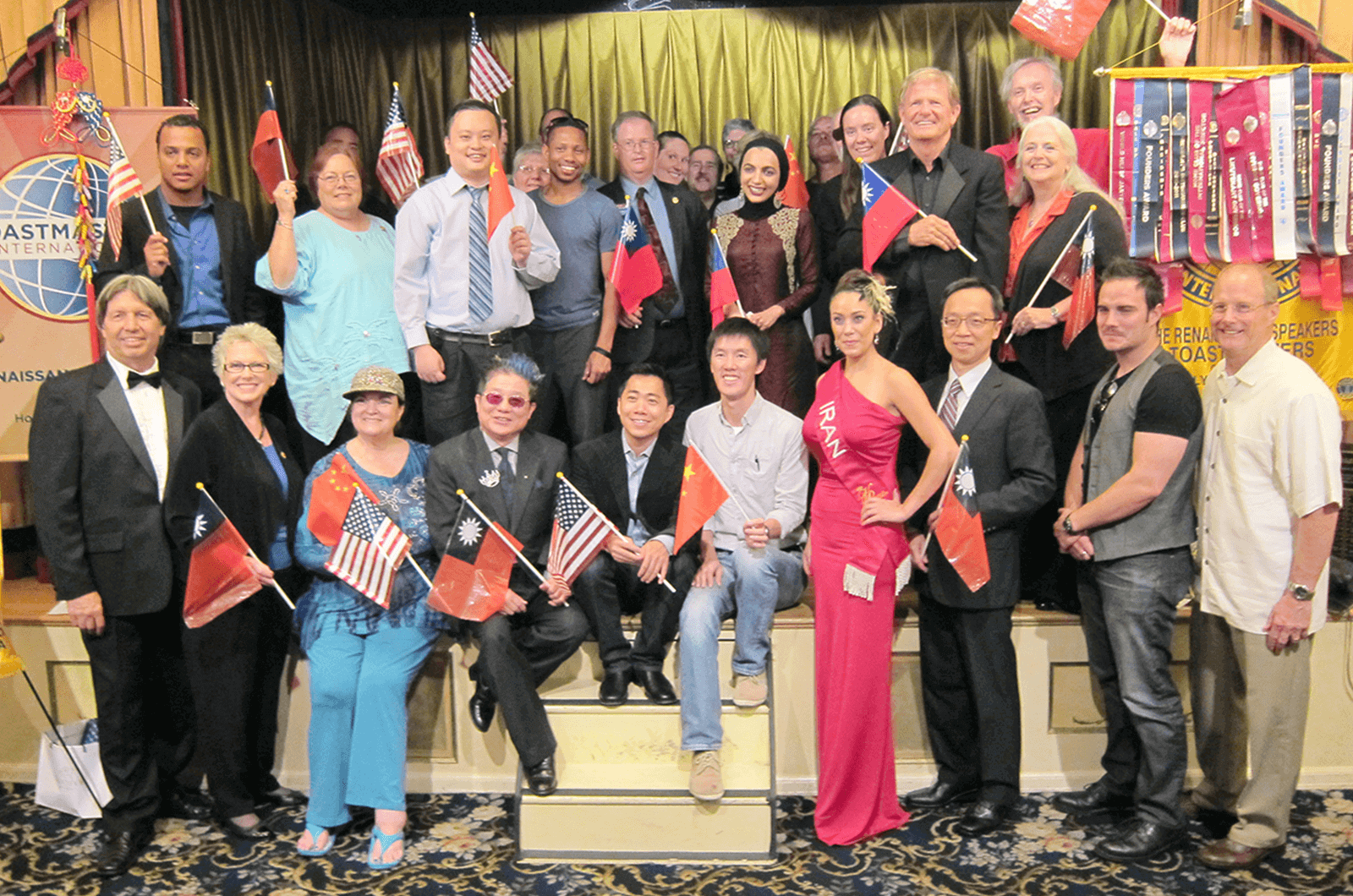 Members of Renaissance Speakers host an international meeting with Toastmasters from other clubs visiting on their way to the International Convention in Denver in August 2019. The author, Lance Miller, is the last person, bottom right.

I joined Toastmasters in 1992 to become a better speaker. At the time, I was not looking for an all-encompassing, life-transforming experience. However, today I am the 2005 World Champion of Public Speaking and a longtime, enthusiastic investor in the success of my home club, Renaissance Speakers in Hollywood, California.

Our club has enjoyed a strong, healthy culture for 32 years, often maintaining a membership roster of 60 to 90 members. Currently, we have 31 members and we are growing!

Like many clubs, we initially struggled to achieve success in the Distinguished Club Program (DCP), which recognizes annual achievement in education, membership growth, training, and effective club management. At one point, a few years after chartering our club, we had 35 members on our roster but fewer than 12 attended meetings. There was a feeling like the club was failing.

One day only five of us showed up for the meeting, so instead of continuing business as usual, we sat down over coffee and discussed whether we should close the club or try to revive it.

We decided to figure out how to “win” at Toastmasters and build a great club, treating the DCP as a challenging game. We got points for each accomplishment and if we could attain Distinguished status, that would indicate success. This approach was the starting point that allowed us to fit the pieces together for a successful club future.

Before we created this new “game plan,” our weekly meetings were exactly that, “weakly meetings.” Our club had no clear direction or plan that created continuity week to week. There was no sense of accomplishment—for members or for the club as a whole. Without a specific vision and clear goals, success was elusive.

Now we were upping our game, focusing a winning mindset tightly on education and membership building. When we began playing the DCP game, we started tracking how we could accumulate points for what we were accomplishing over the course of the entire Toastmasters year. Just like football, tennis, or ice hockey, when the game is over, you start a new game and everyone has zero points. That is what happens on June 30 of each year in Toastmasters.

Our first step was asking each member to complete one Competent Communicator or Advanced Communicator award each year, as we were working in the traditional education program at the time. To do this, it was crucial that members had to give speeches more often. And as they did, I watched them really start to win with Toastmasters. Member confidence and self-esteem improved dramatically; overall, enthusiasm for the club soared. The more our members experienced life-changing growth, the more they wanted to tell the world about Toastmasters. They eagerly brought guests to club meetings.

Among our other game-winning practices:

The hallmark of everything we do in Toastmasters is improvement of the individual. A winning club is comprised of winning members. Club officers win by learning to manage club activities, work with members, and run effective meetings. Members win by improving as speakers and listeners, learning to deliver effective feedback, and leading inside and outside of Toastmasters. When the individual grows, the club wins.

VISIT US VIRTUALLY
Lance Miller Lance Miller, DTM, is a member of the Renaissance Speakers club in Hollywood, California. He was Toastmasters' 2005 World Champion of Public Speaking. Reach him at lancemillerspeaks.com. 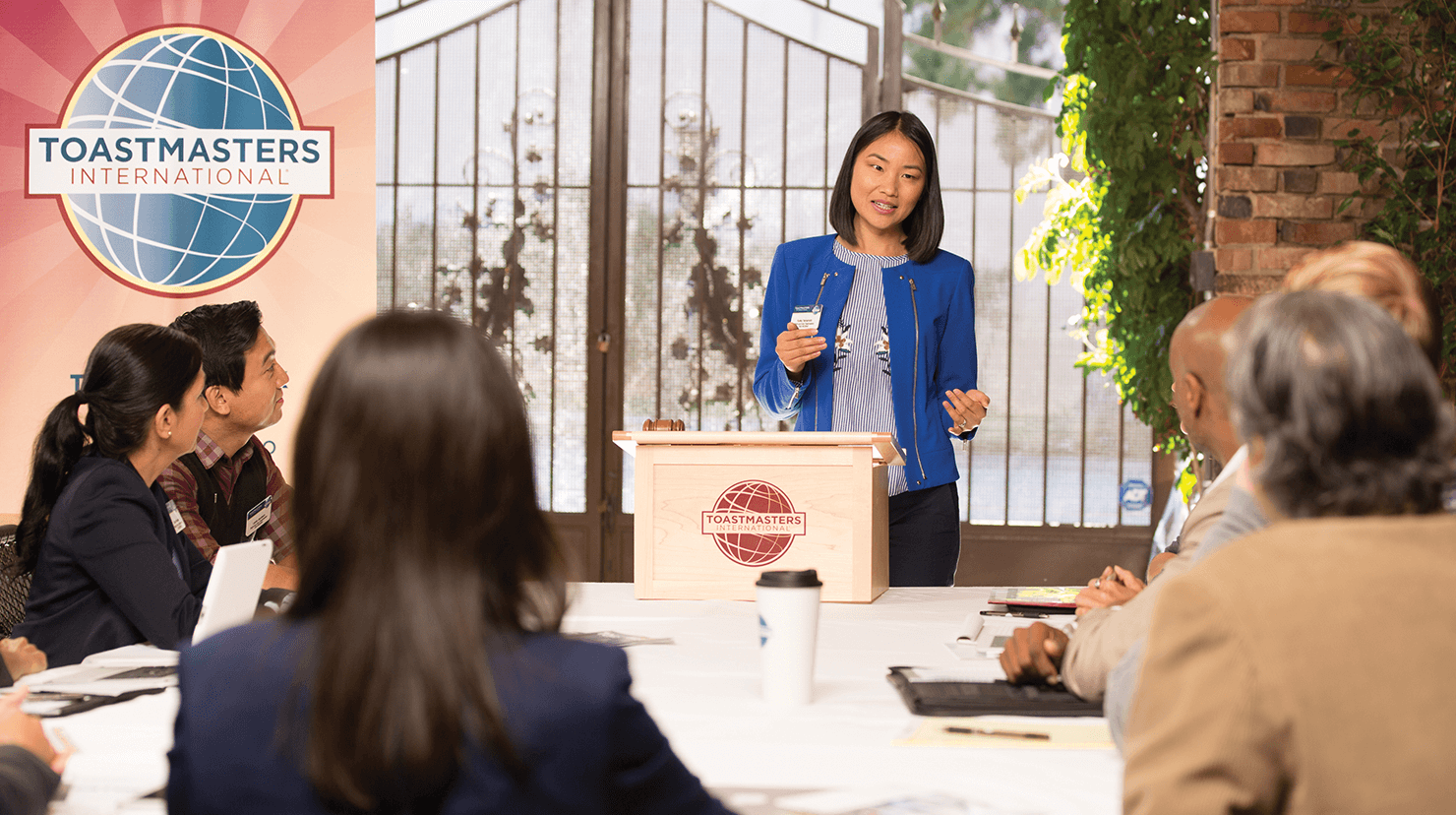 Renaissance Speakers welcomes visitors! The club, located in Hollywood, California, is now meeting virtually and open to guests for online attendance. Join in on Sundays from 9:00 a.m. to 12:00 p.m. (noon) Pacific Time. Visit the club's website for more information on how to visit a meeting.