It's a Leap Year! 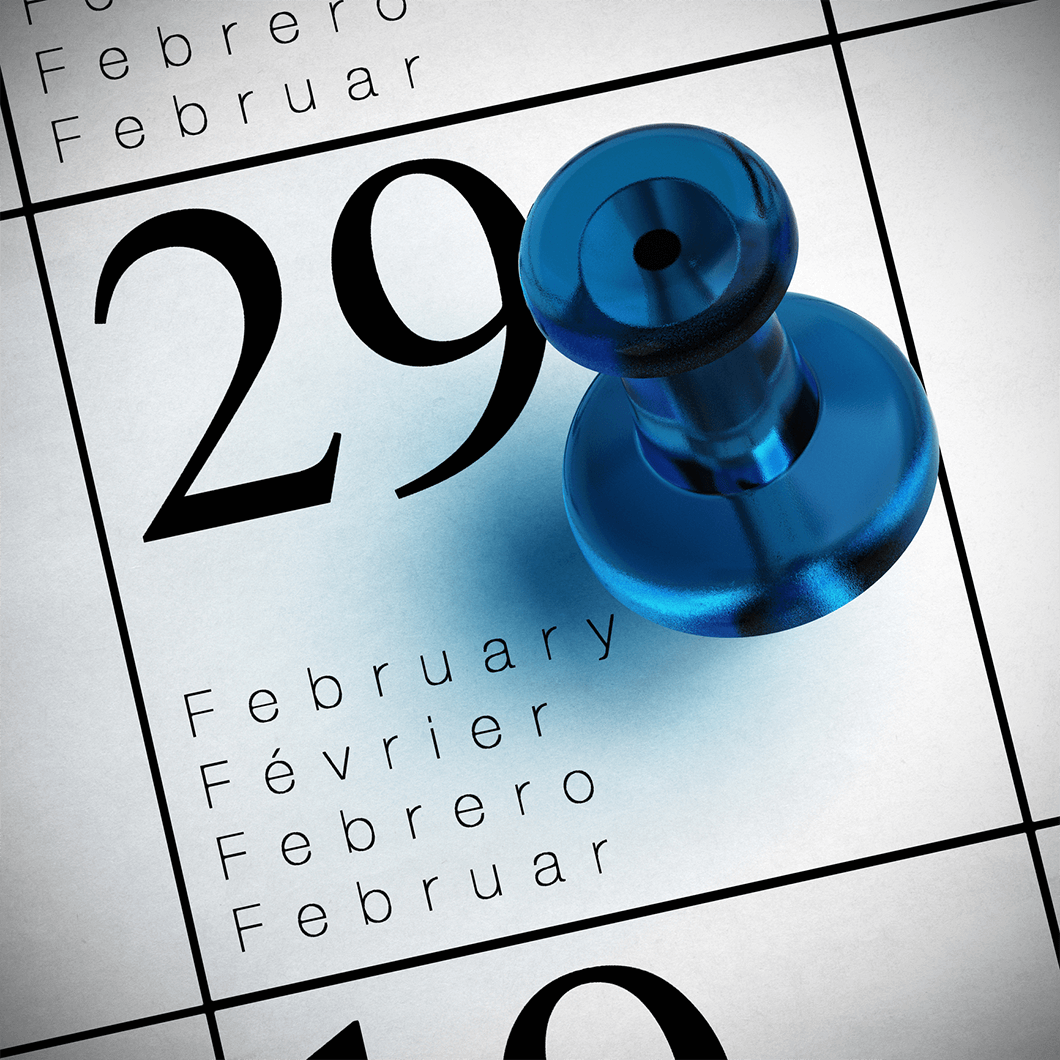 This year, we all get an extra day: Feb. 29 is leap day, that bonus day that happens every four years.

Why a leap year? There are actually 365.242190 days a year, so to compensate for the extra time, every four years we add an extra day, otherwise the calendar would eventually not synchronize with the seasons and in 700 years, winter would be summer, and summer, winter.

There are records record for families with leap day babies (three consecutive generations of a family who have children born on Leap Day) and for the number of children born on Feb. 29 in the same family (three).

Anthony, Texas, United States, has proclaimed itself the “Leap Year Capital of the World” and celebrates with a Leap Year Festival every four years. They celebrate with an international leapling birthday club.