Funny You Should Say That
April 2020

We hate them, we deny them, we don't believe them—and we can't get enough of them. 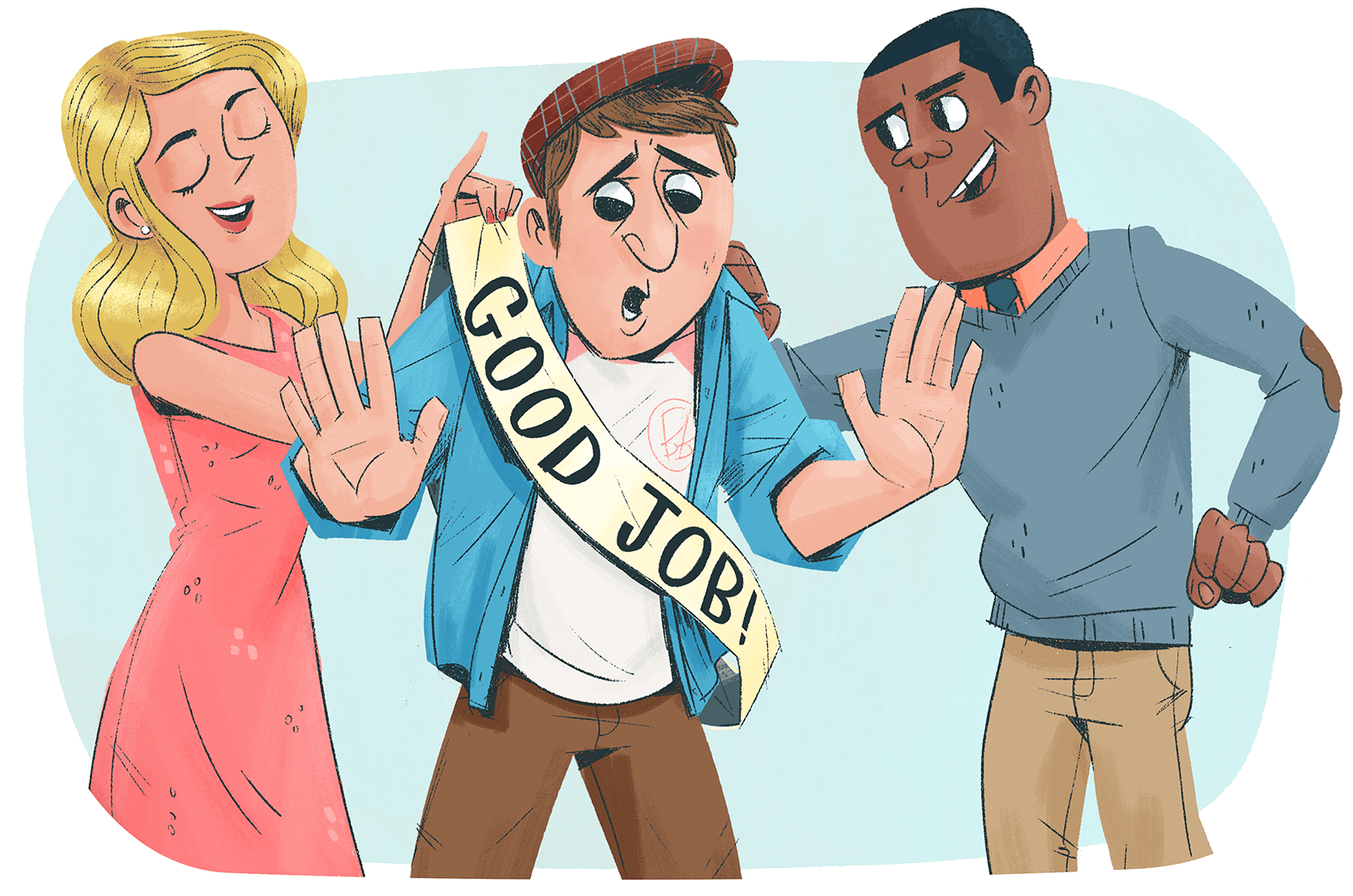 If you like this column, please don’t tell me. That would be a compliment, and I, along with many people in the world (yes, it is a universal phenomenon), do not take compliments well. They usually evoke emotions contrary to their purpose—i.e., instead of making me feel good about myself, I feel bad. We’ve all heard of the super-successful 6-foot silver-haired CEO who receives daily praise for being a paragon of competence, confidence, and poise … until he goes to his psychiatrist’s office, curls up in a fetal position, and cries, “I have a private company jet and 2 million shares of stock, I sit in the VIP box at the Super Bowl, and my contract says if I get fired for gross incompetence they have to pay me 40 million. I HATE MYSELF!”

I think we can all agree this is a person with low self-esteem. He doesn’t think he deserves his recognition and rewards, feels guilty, and lives in constant fear that he will be exposed as a fraud. Now, this scenario may be on a grander scale than most of us experience, but the dynamic is the same. Compliments set off an internal negative feedback loop, which researchers describe as Low Self-Esteem→Cognitive Dissonance→High Expectations. In other words, someone tells us we’re great and we immediately think of all the reasons we’re not great (they don’t know I sleep with a night light). This triggers a painful cognitive clash of opposites—someone’s opinion of us versus our own—which in turn leads to the horrifying thought that their high regard implies high expectations for our performance. Personally, nothing makes me more certain I will fail than hearing that someone thinks I will succeed.

All of this is what happens inwardly. Outwardly, we employ one of three strategies to avoid the embarrassment or insecurity a compliment can bring on. You can deflect it (Oh, I’m really not that talented. I just got lucky.) … which is another way of saying your admirer is stupid. You can reciprocate (I’m smart? YOU’RE the one who’s smart!), which is like a game of hot potato: Toss the compliment back before it requires something of you. Or you can simply discount it (Oh, that was really nothing. A monkey could do it.) … which, again, is like telling your supporter they don’t know the difference between you and Bubbles the Chimp.

Does this mean we should never pay anyone a compliment for fear they will use it as a knout to lash themselves for their myriad failings? Hardly. It’s true many of us aren’t madly in love with ourselves, but we sure want others to be. In my own case, I said compliments make me feel bad. I didn’t say why. It’s because they expose my utter hypocrisy. The truth is, I crave compliments specifically because they allow me to say I don’t deserve them, which is in fact ME complimenting MYSELF: Look at how humble I am! How’s that for psychic whiplash?

Then there are those people who struggle with giving compliments. They don’t know what to say. Not to worry. The advice pages have plenty of suggestions. If it’s someone you’re attracted to, you might try, “If it was legal to marry food, I would still choose you over pizza.” How … romantic? For those who like to get right to the point, how about, “You’re someone that I don’t want to punch in the throat.” What a nice thing to say.

Being that I’m partial by nature to the dark side, my favorites are back-handed compliments, the linguistic equivalent of a wolf in sheep’s clothing. Everything sounds great until you realize you’ve just been torn to pieces. The master, of course, was Winston Churchill, who “praised” the United States by saying, “You can always count on the Americans to do the right thing after they’ve tried everything else.” While the generally recommended response to a compliment is a simple “Thank you,” in Churchill’s case, the response would have to be, “Thank you—I think.” Now that’s my kind of compliment.