I once had a boss who said his door was always open. It was, if you were important. I was not that important to him, so whenever I needed to speak to him, his door was closed. When I knocked, he often pointed to something he was doing that was clearly more important and shooed me away.

Given that I was younger and less seasoned than today, his behavior was upsetting and hurtful. He made me feel insignificant, and I questioned whether my contributions to his workplace had any value.

Now, with more years of experience behind me, I understand that he was simply an ineffective and uncompassionate leader. He had a big boss title, but leadership is not about titles. Leadership is about behavior. How you behave as a leader comes down to communication. Do you look people in the eye? Do you slam doors? Do you say one thing and do another? You are communicating through your behavior every second of every day whether you are aware of it or not. If you want to create an environment where people feel valued, then begin by treating others the way you’d like to be treated, and lead by example.

My dry cleaner is a great example of someone who shows leadership behavior. If I have a tough stain, they go the extra mile to remove it. If a button is missing on an article of clothing, they sew it back on without charge. In the heat of summer, working without air conditioning, instead of complaining they enthusiastically ask how my family is holding up in the heat. Unlike my former boss, my dry cleaner understands how to lead by example.

Your ability to inspire largely depends on how well you can communicate your vision and connect with others. From my observations as a leadership communication coach, mastering these seven communication skills can help you become a better leader.

When someone is really listening to you, they will maintain eye contact and often angle their body toward you, which signals they are in the conversation (although that can differ in various cultures). Engaged listeners typically don’t fidget, tap their fingers, or check their cellphones.

At work, poor listening skills can translate to poor performance, poor relationships, and poor productivity. It takes more concentration and focus to listen than speak. True listening indicates interest in others and makes them feel valued.


2 Sit in your listener’s seat.

What would you care about if you were the listener? As a former reporter, every time I covered a story, I asked questions that my reader, listener, or viewer might ask. When you communicate, it’s important to do the same so you tailor your message to address the needs and concerns of the person you’re communicating with. How does what you’re saying benefit, impact, or affect your listener?

I recently coached an organization’s leadership team for a meeting where they were going to announce layoffs of nearly 2,000 people. While practicing, instead of immediately delivering the bad news, providing information, and explaining how the company was going to help employees move forward, company leaders spent the first 10 minutes showing slides and talking about new technology, company goals, and how the move would save money.

He had a big boss title, but leadership is not about titles. Leadership is about behavior.

If they had actually communicated it this way, the audience would have likely turned on them. Employees want to know what happens to them. Will they get a severance? How will they pay their bills? We advised the team to dump the slides, make a clear point, and have a compassionate conversation that focused on the employees.

In the Journal of Positive Psychology, researchers demonstrated that people who imagined a “best possible self” for one minute and wrote down their thoughts generated a significant increase in the positive effect on others. Basic acts of kindness can positively impact others more than you think. I experienced this firsthand when I was seated next to a 99-year-old woman on a plane ride.

I had work to do and didn’t want to talk with my seatmate yet wanted to be polite, so I said hello and asked her how she was doing. She burst into tears and said, “Not well.” Her husband had died, and she had no family nearby. She had never traveled by herself before and was scared. We talked. I helped her to the bathroom and off the plane, then stayed with her until she was safely seated in a wheelchair and an airline attendant took her to retrieve her bags.

Your ability to inspire largely depends on how well you can communicate your vision and connect with others.

Days later, I received an email from her that read: “Just a note to thank you for being so friendly and helpful to me on our flight!” To me, it was nothing. To her, it meant a lot.


4 Be aware of body language.

Be aware of nonverbal cues you may be communicating to others. Are you looking people in the eye when they speak to you and you speak to them? Are your arms crossed? Hands behind your back or shoved in your pockets? Do you check texts and emails when someone is talking to you? Are you standing up straight? Negative body language can send a variety of silent signals and alienate people even if that’s not your intention. For example, closed body language may indicate you’re not approachable or interested. Poor posture might suggest a lack of confidence. Looking up as you think might be interpreted as boredom.


I once worked with a woman who raised her eyebrows every time she answered a question. Colleagues perceived her as disapproving and negative. Nothing could have been further from the truth, and she never understood why this perception existed. When she saw her habit on video during a coaching session, she was very upset, but relieved to learn why some found her intimidating and unapproachable because now she could work on it.

At a recent communications training, my company was role-playing a scenario in which a patient could not afford her medicine and died. At a meeting in this scenario, the parent approached a representative from the drug company that made the medicine and blamed them for her daughter’s death. Instead of immediately empathizing with her loss, the spokesperson rattled off a prepared message stating the company’s priority was to discover and develop innovative medicines.

Too often, corporate messages are devoid of empathy, and spokespeople are afraid to go off script. Expressing sorrow does not mean you’re accepting blame. It says you feel for their situation.

In journalism, there is a saying: “Don’t bury the lead.” It means you should write the most important fact first. The same should apply to verbal communication in the workplace. People do not want to wade through a bunch of data to figure out what’s important. Look for ways to engage quickly through storytelling and stating important facts first so you give people a reason to listen. If you grab attention quickly, they’ll say: Tell me more!

Information is important, but information alone doesn’t create emotional connections. A brief story or example helps listeners visualize how your product or service is relevant to their lives. Stories help us feel. If we feel, we care. If we care, we listen. When we support facts with anecdotes, those facts become more meaningfuland memorable.

Powerful leaders encourage input and feedback. They understand strong communication skills inspire confidence in others. While titles may bring power and profits, titles don’t earn loyalty, trust, or respect. Only behavior will accomplish that. 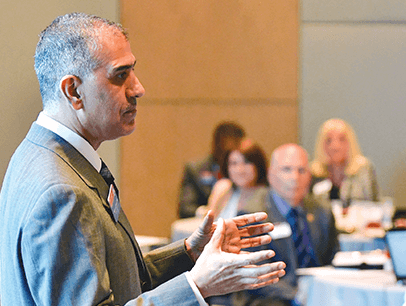 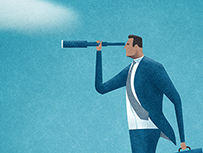