Make smarter decisions by choosing the right style for the job.

Do you tend to make decisions quickly and decisively, rarely second-guessing yourself? Or do you prefer doing research, talking over options, and analyzing data for even the smallest of decisions?

Is one technique better than the other?

A frequently cited—yet unsubstantiated—study claims the average person makes a staggering 35,000 decisions a day. And indeed when considering the many mundane decisions we make without even registering that we’re making a choice (scratching our head, taking a sip of coffee), they do balance the more dramatic examples we tend to think of in the context of decision-making (changing jobs, making a large purchase).

The amount of time spent on a decision isn’t necessarily linked to its importance. You may decide on a whim to move to another part of the country and yet go back and forth deciding what to eat for dinner. There is no right technique for making a decision.

But no matter how big or small the ramification, all decision- making basically boils down to three distinct aspects: gathering information, evaluating options, and making a choice. When put that way, it almost seems easy; but of course, some decisions can be agonizing, with no perfect answer—where to go to college, whether or not to take a job, when to take a financial risk with a potentially big payoff—and some have few repercussions—what to eat for breakfast.

How you make a decision depends on a balance of how time sensitive it is, how high the consequences are, and how much information you already have.

Mel Robbins, a popular American motivational speaker, hit upon a decision-making strategy that she dubbed “the 5-second rule.” After growing frustrated with ruminating for long periods of time and then not acting, she devised a motivational strategy, which essentially boils down to this: If you have an impulse to act on a goal, you must physically move within five seconds. Otherwise, the decision gets delayed and delayed—and dies. Thus, the rule: Act within five seconds.

Robbins says neuroscientists have found that people have about a five-second gap between a stimulus and the way they typically respond to it. “It’s within this gap that you have the power to change your life,” Robbins said in an interview for the March 2019 Toastmaster. “When you decide to do something, count back 5-4-3-2-1, and immediately take action. The more you do that, the more your brain gets wired for action and the less you’ll fall victim to your mental resistance.”

The act of counting focuses you on the goal or commitment and distracts you from worries, thoughts, and excuses in your mind, she says.

Experts have uncovered four common decision-making styles, each with its own benefits and downsides. Having these techniques in your tool kit and understanding how to use them in different situations, as well as during certain times in your life and career, will help you make better, more well-informed choices.

Autocratic decisions are made by one person whose word is final. This style doesn’t necessarily involve gathering information or talking to other people; it relies on one person’s experience and confidence. These decisions tend to be made quickly and decisively.

Some people consider this a dictatorial style, and at first glance, it’s tempting to agree. But it’s quite useful in a crisis or when time is of the essence. On a less dramatic level, not all decisions need to be vetted by others, and making autocratic decisions can keep things running at a brisk pace. For example, parents often employ this method with young children since they are fully responsible for their child’s health and well-being. In sports, coaches often make the tough calls on their own when deciding who plays in a game or which plays to make.

If used too frequently, however, autocratic decision-making can lead to low morale and lack of camaraderie and loyalty, as it doesn’t give others a chance to learn and grow.

Consensus is the goal in a team-based decision-making process. Everyone on the team discusses the problem, concept, or idea, and then decides on a solution. Someone may be a facilitator, but there is no set leader, and everyone agrees to support the team’s final decision, even if they don’t agree with it.

Also called the democratic process, this style allows everyone to have input, and everyone’s voice is heard. Team-based decisions can build unity and a sense of cohesiveness, and people appreciate when their opinions are heard and considered. This style works great when something will affect an entire group but doesn’t have large implications, such as finding a new office vendor or picking out a pet’s name.

However, team-based decision-making is not always the most time-effective method. Using this process can require numerous meetings to listen to and explore ideas. And despite everyone’s voice being heard, someone is bound to be disappointed that things didn’t go their way. 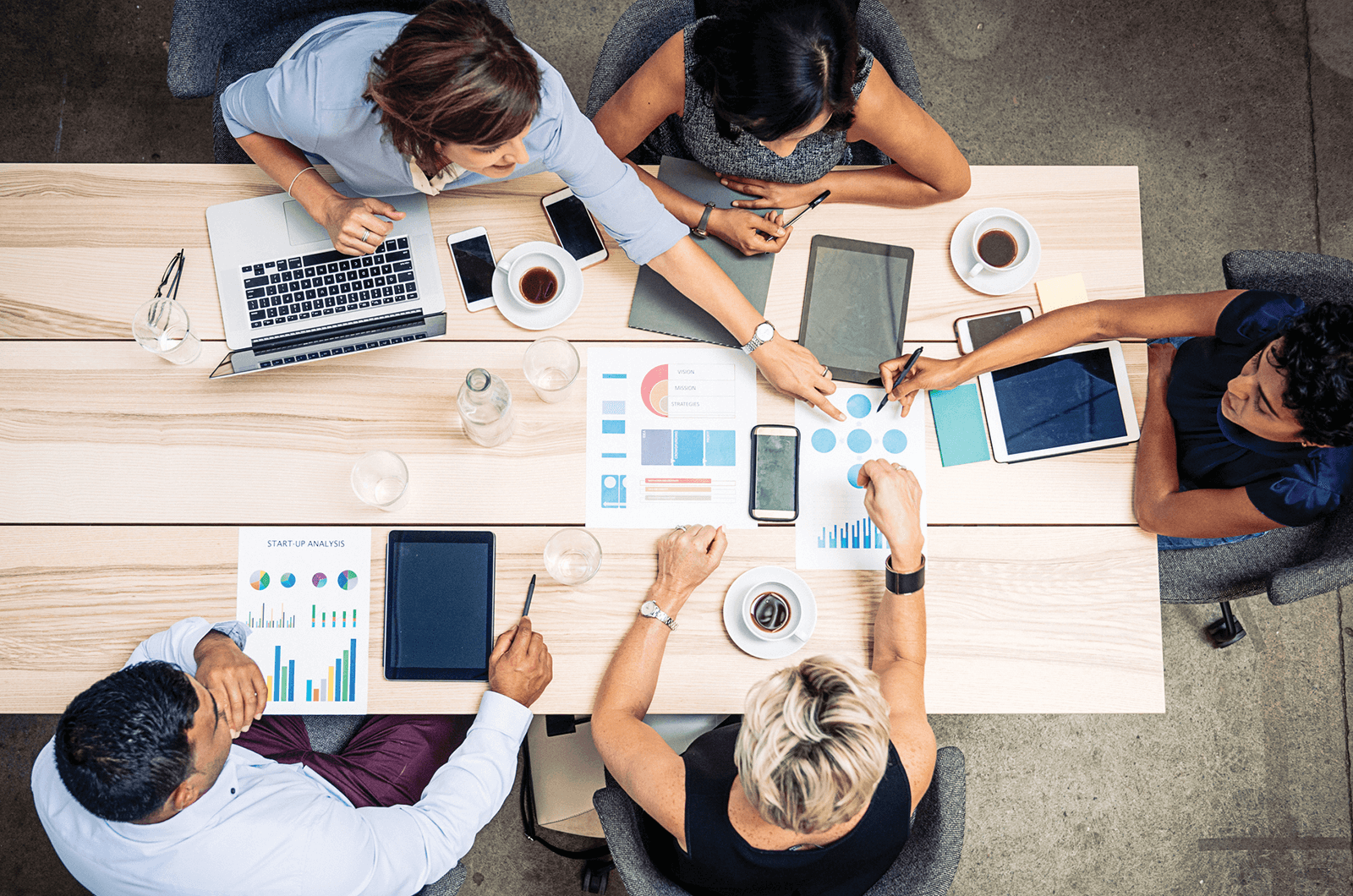 Collaborative decisions happen when someone reaches out for information and feedback from others, but the ultimate decision rests with that one person. People and teams have a chance to offer their perspective, insight, and opinions, but they do not have any authority in resolving the issue. Parents may employ this method when deciding on a family vacation or whether to get a pet. It’s also helpful when making a large personal decision, such as buying a house or picking a college.

This style works best when a big decision needs to be made. The person in charge gathers the necessary information and perspectives (and hopefully possesses the experience and insight) to make the call and accepts the responsibility for any repercussions.

Leaders must be careful, however, not to surround themselves only with people who think the same as they do. “Diversity itself is not enough,” says Pawel Motyl, author of Labyrinth: The Art of Decision-Making. “The most important aspect is true inclusion; you have to make team members aware that they can express a dissenting opinion without fear of negative consequences.” He points out that truly diversified teams typically need to discuss issues longer, but their decisions are much closer to the optimum. “The more points of view we take into account, the greater the chance that we will fully understand the problem we are facing, which directly translates into the quality of the choice being made.” In other words, good decisions are made when leaders gather from a wide perspective and truly listen to people with opposing viewpoints before coming to a conclusion. And, as Motyl adds, an invaluable side effect is the feeling of empowerment you give to the people you involved.

For delegatory decisions, a leader literally delegates the decision-making to another person or team. After a decision has been delegated, the person in charge is informed of the final decision but doesn’t change it. “Delegating is a powerful way to ensure people in any type of organization understand the vision and values, gain experience, grow competencies, and feel supported,” says Motyl, who consults and leads seminars throughout the world on leadership and decision-making topics and is based in Poland. Far from “passing the buck,” this style not only helps develop the leadership skills of others but alleviates decision-making fatigue of the group leader. It also builds a stronger team. Delegating a problem can bring fresh ideas and approaches while allowing people to expand their experience. You can delegate the task of finding a new club meeting place, or ask your partner to take ownership of vacation planning.

“Analyzing bad decisions not only takes time, but also demands that we face up to something we’d much rather forget about.”

The downside, of course, is that the leader relinquishes control of any outcome. And some individuals and teams may not have the experience to fall back on to make an informed decision, so additional research might be necessary, potentially slowing down a resolution.

Given the thousands of decisions we all make in a day, it’s helpful to be aware of your decision-making tools and how to use them. The next time you need to make a big decision, weigh the problem in terms of what style might work best to make it. Are you the only one who can make the decision? Should you gather some more information or advice? Do you have people you trust who might be able to make the decision instead of you? Letting someone else take the reins for a while may open you up to new possibilities.

Watch the video below with Google's Chief Evangelist of Brand Marketing, Gopi Kallayil, to learn how mindfulness can be an effective way to get unstuck and make the best decision.

How to Help Your Brain Make a Decision

What to do After a Bad Decision 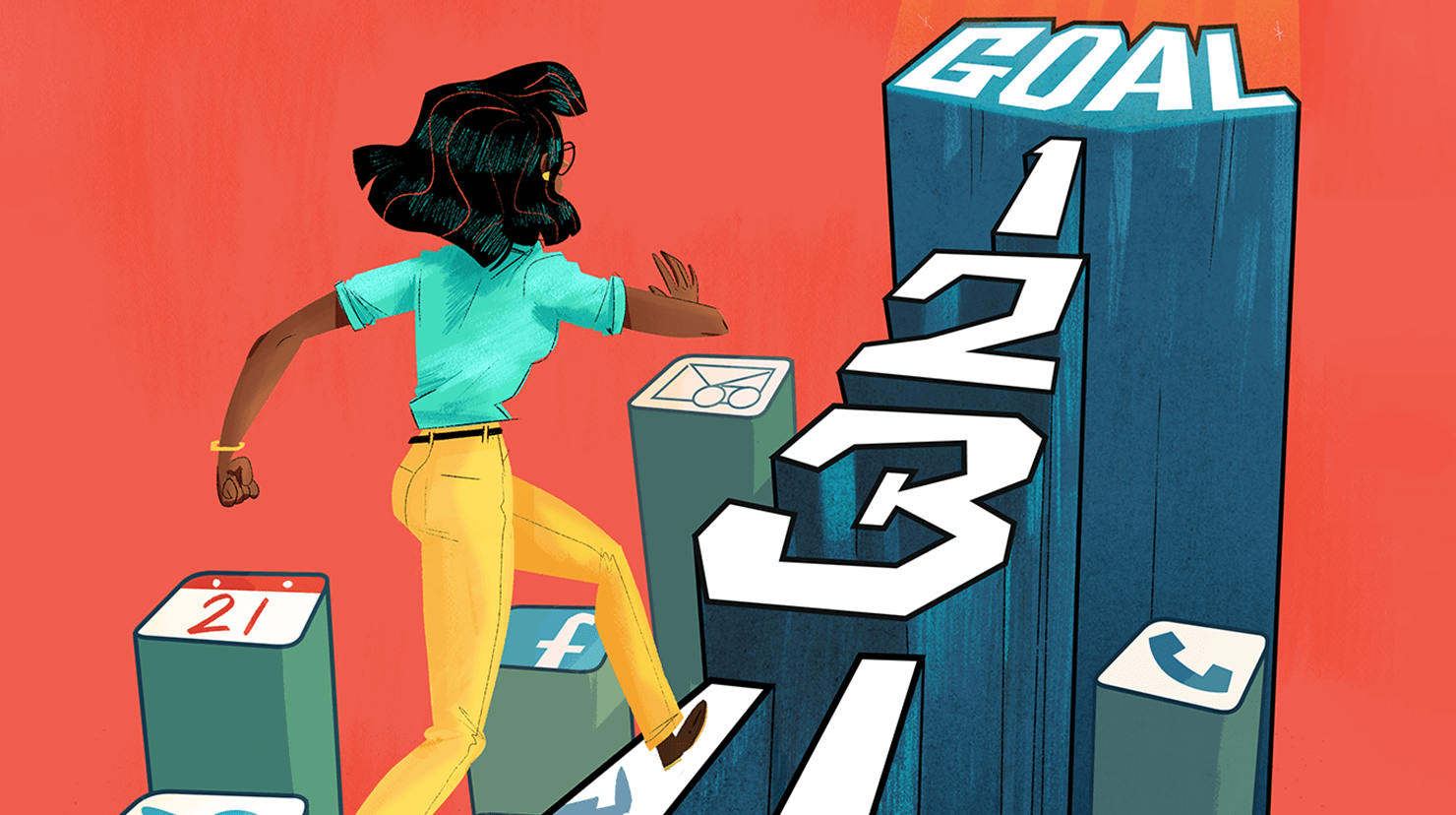 Reframe Your Life in 5 seconds

It’s now or never: Stop procrastinating and leap into action with these productivity hacks. 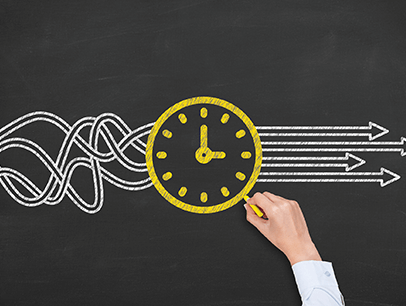 How to Help Your Brain Make a Decision 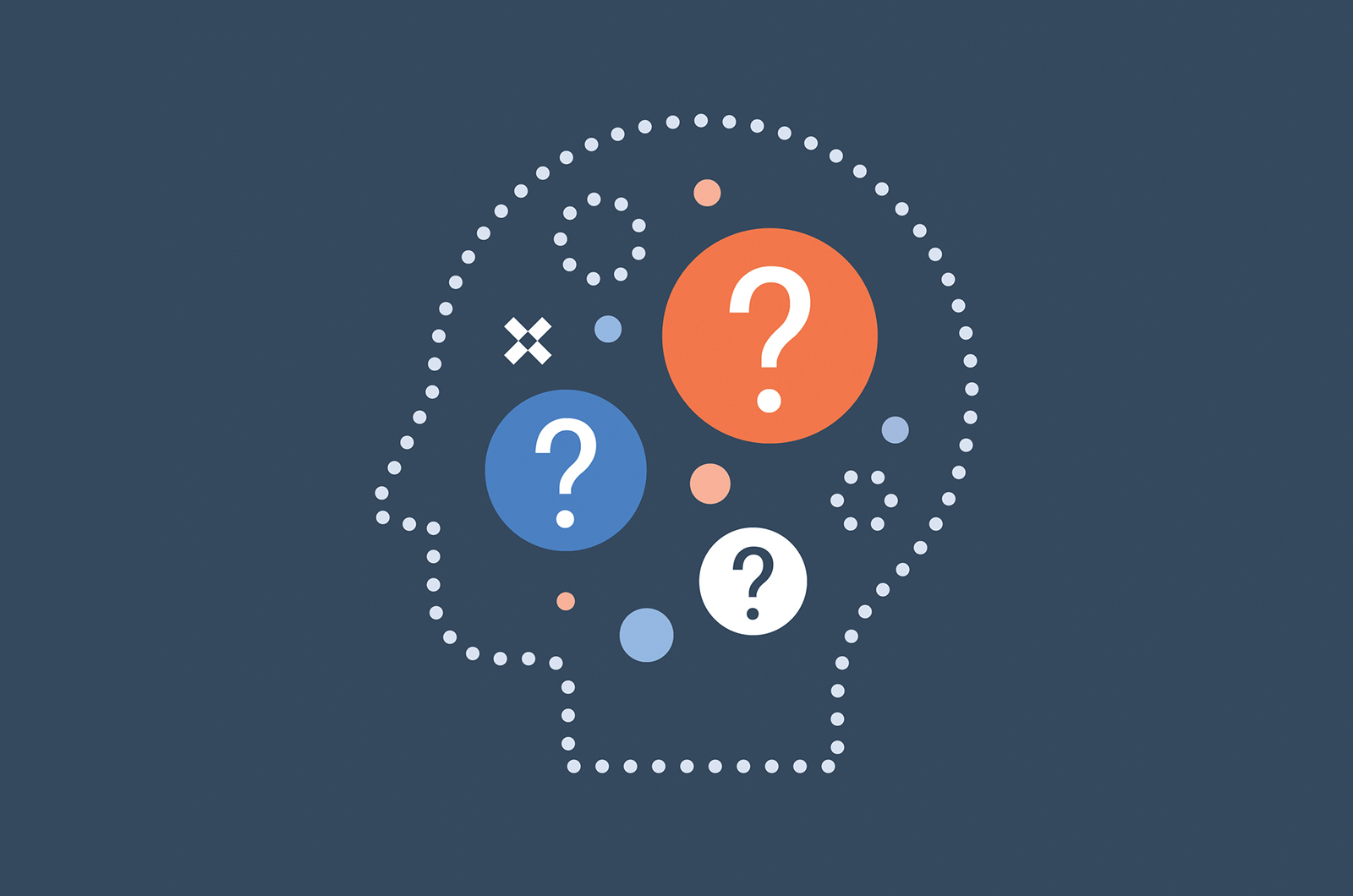 Sometimes your brain gets stuck and no decision seems best. The following tried-and-true tips can help you move forward.

If you’re a club leader, decision-making is part of the job. Limited time, conflicting personalities, and ambiguous information can turn discussions into an endless loop.

1. Analyze the problem. What is the cause? Who or what is affected? How long has it been going on?

5. Evaluate solutions. Consider each solution individually. Discuss the pros and cons of each.

6. Select and implement the best solution. If no solution meets all the criteria, return to the priority list (#3) and see if anything can be adjusted, then work through the process again.

What to do After a Bad Decision 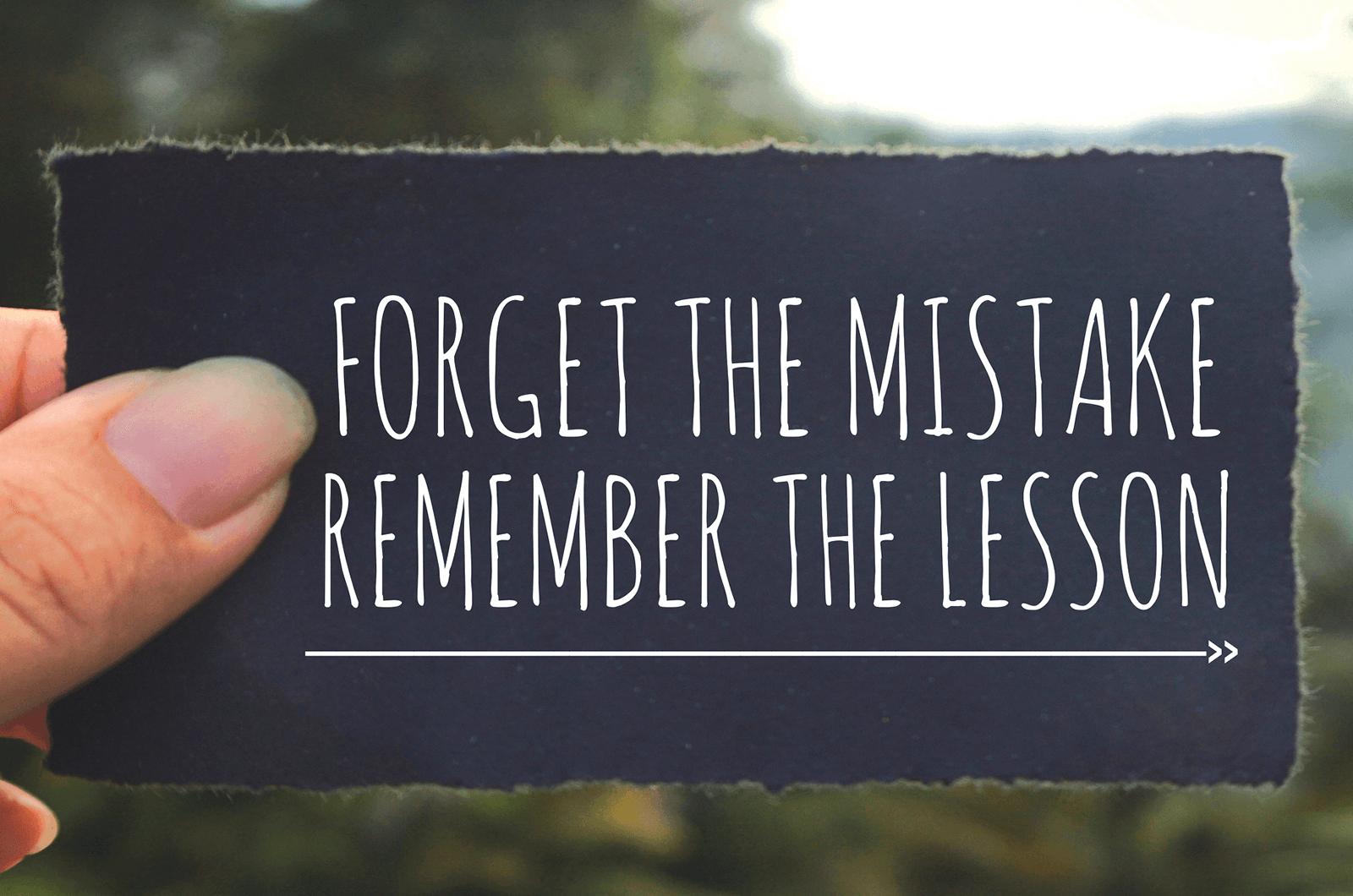 Bad decisions are inevitable. Don’t let them define you, but don’t gloss over them either. After a bad decision, people are tempted to quickly move along and focus on the future. Most people avoid searching for a root cause, says decision-making expert Pawel Motyl. It’s easier and quicker to sweep something under the rug, and people often prefer framing the positive. “Analyzing bad decisions not only takes time, but also demands that we face up to something we’d much rather forget about,” Motyl says. In addition, there is a natural tendency to blame people rather than processes. We prefer to find a scapegoat rather than consider the factors that led to the bad decision being made. That might end the discussion, but as Motyl warns, we then focus more on punishing than on drawing conclusions and learning lessons.

After a challenging decision, whether you’re glad or full of regrets, take a moment and think about why you feel the way you do. Consider how subsequent decisions might play out most effectively. And don’t be afraid of bad decisions. Sometimes we learn the most by doing the wrong thing.