December 2022 View PDF
×
Got year-end supply orders? Place orders by 11:59 p.m. Mountain Time December 13 to be shipped by December 22. All orders received after that date will begin shipping January 3, 2023.
Next

Reframe Your Life in 5 seconds

It’s now or never: Stop procrastinating and leap into action with these productivity hacks.

A devastating turn of life events inspired Mel Robbins to create a motivational concept that has helped millions of people stop procrastinating, leap into action and achieve goals that once seemed unattainable.

Robbins, one of the world’s most popular motivational speakers, a best-selling author and a CNN commentator based in Boston, Massachusetts, was dealt a serious blow when the once-thriving restaurant business she and her husband had spent years building failed. For weeks, the then-41-year-old Robbins struggled to get out of bed in the morning, having lain awake each night consumed with worry about a potential bankruptcy. She felt immobilized by uncertainty about her family’s future.

Robbins knew what she had to do to pull out of the tailspin but couldn’t get herself to do it. The smallest things felt impossible. Exasperated by her own inaction, she hit upon an idea that would later blossom into a best-selling book and motivational concept: the 5-second rule. The essence of the rule is this: If you have an impulse to act on a goal, you must physically move within five seconds or your brain will kill the idea.

Spurred by a TV commercial she watched one night that showed a rocket launching, Robbins arose in her Boston bedroom the next morning and instead of yet again hitting the snooze button, she counted down five seconds and propelled herself from bed. She did it again and again over the coming days, discovering there was a brief window of time before her mind killed her positive thoughts.

Robbins used this simple-but-powerful concept to eventually pull out of her funk, create a successful new business, address her anxiety, get in shape and become a better mom to her children. Two years later, in 2011, she gave one of the most-viewed TEDx Talks of all time, “How to Stop Screwing Yourself Over,” which served as a launching pad for her popular speaking and consulting business.


Don’t Wait for Motivation to Strike

The desire to be more productive is ubiquitous in today’s world. People are always looking for tricks and tips to avoid procrastination and maximize what they can accomplish each day. The 5-second rule doesn’t make things easy, Robbins stresses, but it does make them happen. Robbins says people buy into a lie that they must feel ready to change or take action, whether that be a fundamental life change like she faced, or a smaller goal like pursuing a new education designation in Toastmasters. She says if you don’t start doing the things that feel difficult or uncomfortable—if you simply wait around for motivation to strike—you’ll wake up a year from now in the same place.

“Using the 5-second rule can jumpstart your brain into action.”

“People have a tendency to believe that improving their productivity or efficiency has to include some big sweeping changes in their lives, but that’s not true,” Robbins said in an interview with the Toastmaster. “The 5-second rule is one example of how the simplest tool can make a big impact on your life.”

Robbins says neuroscientists have found that people have about a five-second gap between a stimulus and the way they typically respond to it. “It’s within this gap that you have the power to change your life,” she says. “When you decide to do something, count back 5-4-3-2-1, and immediately take action. The more you do that, the more your brain gets wired for action and the less you’ll fall victim to your mental resistance.” 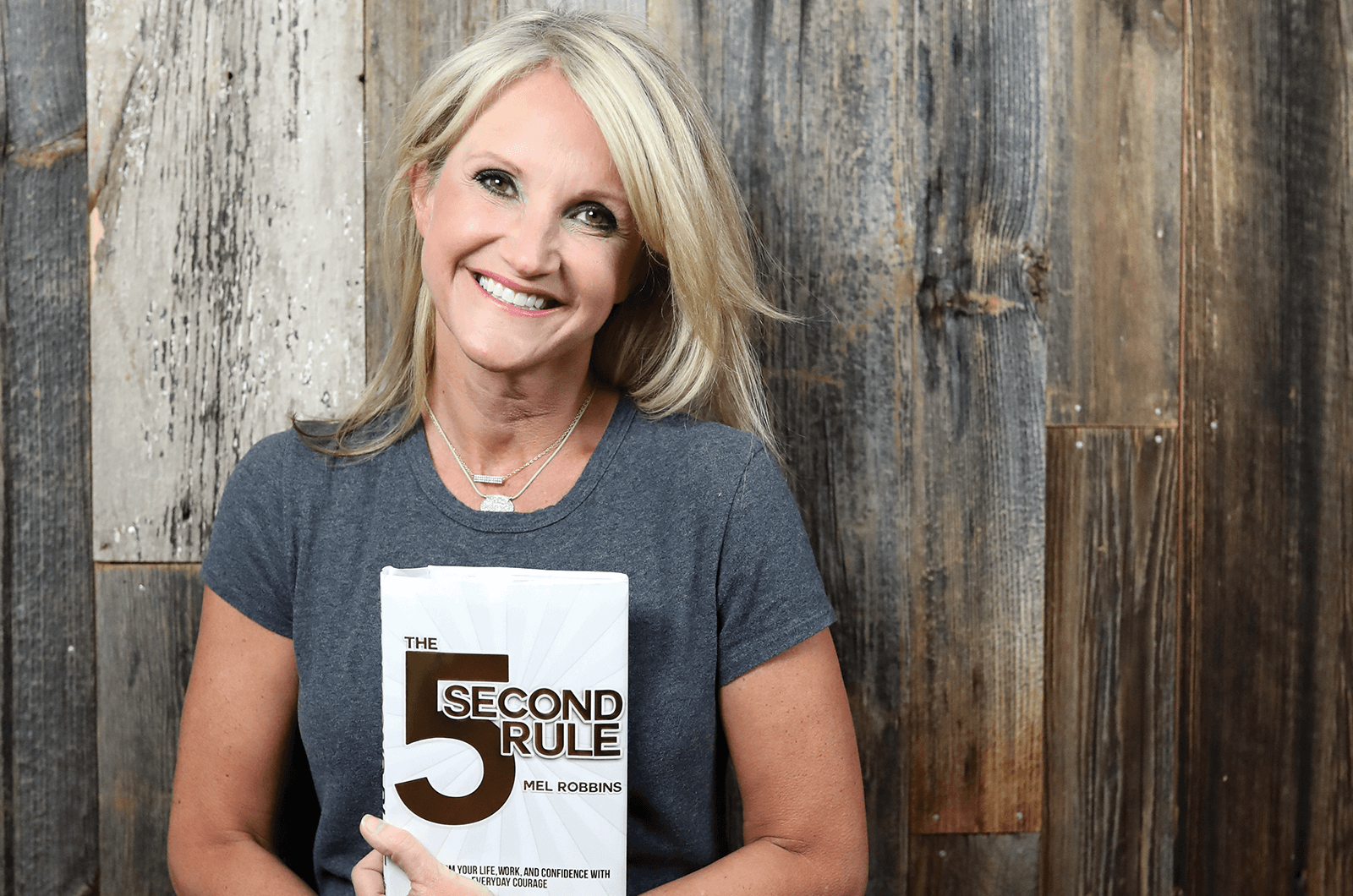 The act of counting focuses you on the goal or commitment and distracts you from worries, thoughts and excuses in your mind, she says. Robbins has heard from many managers who’ve trained their sales teams to use the 5-second rule when making calls, from executives who’ve successfully used the rule to grow their businesses—often because they’re taking steps they had put off for years—from others who have used the rule to get over their fear of making presentations.

Many Toastmasters have developed their own versions of the 5-second rule, employing their own productivity “hacks” or methods for combating procrastination and accomplishing more of their goals while still maintaining work-life balance.

Mark Brown, who won the 1995 Toastmasters World Championship of Public Speaking, says making calendar entries has boosted his productivity. “I make appointments in my calendar to take care of important work tasks because if I don’t, I know I’ll be distracted by emails, phone calls or texts,” Brown says. “Setting aside and committing to a window of time to accomplish specific tasks is a deliberate and purposeful way to increase daily productivity.”

Brown, a member of Macon Toastmasters in Macon, Georgia, and a professional speaker, uses a concept called the “focus funnel,” created by his friend and business associate Rory Vaden in his book, Procrastinate on Purpose: 5 Permissions to Multiply Your Time, to help busy people use their time more effectively. Those successful at “multiplying” their time often follow this five-step process, Brown says:

Eliminate. Ask yourself: Is this task worth doing?

Automate. If so, can it be automated to save time? For example, consider using the Hootsuite app when making posts to social media sites.

Delegate. Is someone else better equipped to handle it? Can you train others to do it?

If a task can’t be eliminated, automated or delegated, you must do it yourself, Brown says. The question then becomes whether it should be done now, or later.

“When you make a decision to do something, count back 5-4-3-2-1, and immediately take action.”

If it must be done now: Concentrate. Eliminate distractions like social media, email, text or phone calls—forward calls to voicemail or turn off phone apps and notifications—and focus on the task at hand.

If it can be done later: Procrastinate on purpose. It sounds counterintuitive, but Brown says there are times when procrastinating is a useful strategy. If a task doesn’t need to be done in the moment—if there is no obvious urgency—it can be moved back to the top of the focus funnel for further consideration.

Examples of procrastinating on purpose might be delaying responding to emails and setting a time later in the day to answer them in batches. Or putting a freeze on hiring new employees after an unexpected change in corporate leadership, Brown says.

Back to the 5-second rule. Robbins says it works because it can “jumpstart your brain into action.” Say you’re sitting in a meeting and have what you think is a great idea or piece of feedback. Yet instead of offering it to the group, you hesitate. Robbins says delaying for just that moment sends a stress signal to your brain. Rather than hesitating, consider counting down five seconds, trusting your impulse and offering the idea, she says.

It’s also not unusual to procrastinate before writing or rehearsing a speech, says Robbins, or before making a decision like starting the Pathways learning experience.

Robbins suggests that Toastmasters first develop habits to manage their stress, such as exercise, putting away their phones or tablets for specified periods each day, taking short walks in nature and choosing a diet that fuels the body.

The 5-second rule also can be used for things like grabbing a healthful snack, holding your tongue instead of saying something derisive to colleagues or loved ones, finally sending that email to a potential client or anything related to your goals.


The Power of Setting Technology Limits

It’s easy to think that the phones and tablets we tether to our bodies each day are indispensable engines of productivity and efficiency. But the opposite is true when we find ourselves mindlessly surfing social media or checking email deep into the night. Robbins and other experts say setting limits on technology use can increase energy, sharpen our focus and boost our daily work output.

“One of the most powerful changes I’ve made in my life is leaving my phone in my closet at night to recharge,” Robbins says. “No more keeping the phone by the bed so I can scroll through social media or answer work emails before bed or first thing in the morning. I sleep so much better now and feel energized in the morning.”


The ‘Einstein Window’ and ‘Harmless’ Procrastination

Bachir Bastien is a Toastmaster in Hsinchu City, Taiwan, who speaks and writes frequently on the topics of time management and productivity. He is also a contributor to a website that aims to empower and inspire people around the world.

Bastien’s top ideas for improving daily productivity and performance include:

All of us face challenges to accomplish goals both big and small. Using the 5-second rule, being more mindful about how we spend our time and knowing our own “Einstein Windows” can help us accomplish more of those goals without sacrificing a sense of well-being in the process. 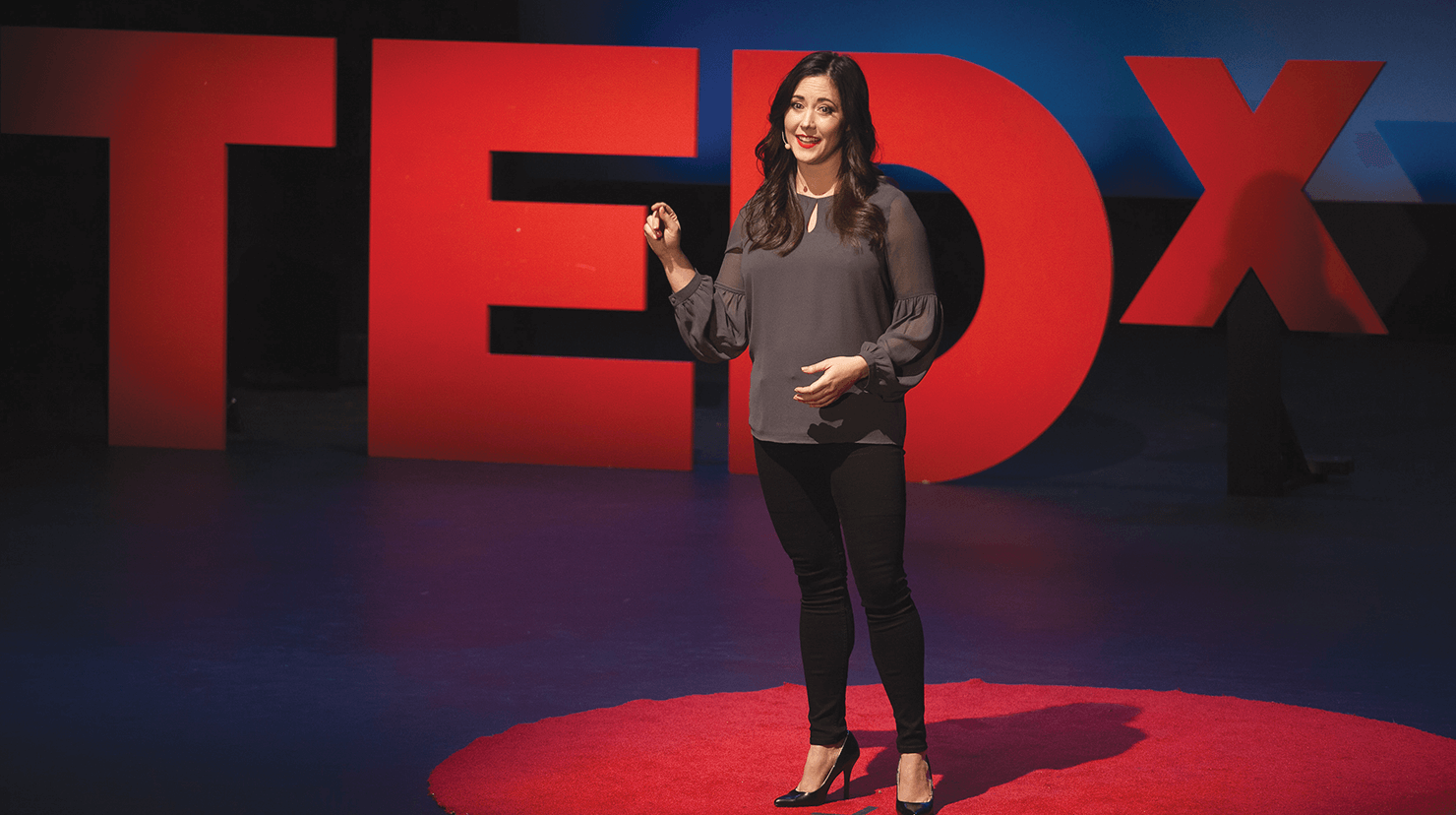 Professional organizer and productivity coach uncovers the meaning behind messes. 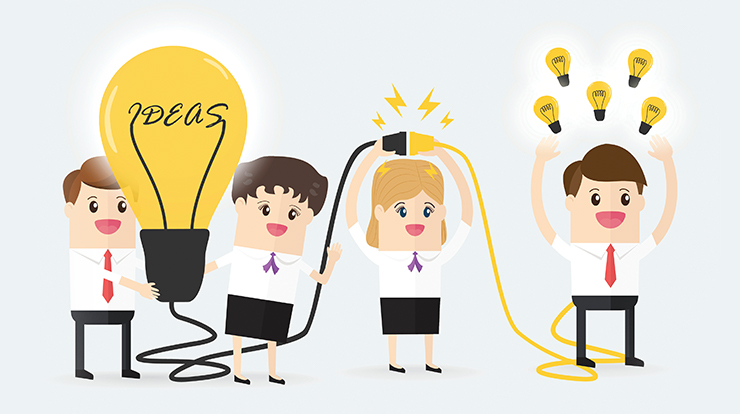 8 Ideas to Revitalize Your Team’s Morale and Productivity

Effective leaders focus on both results and relationships. 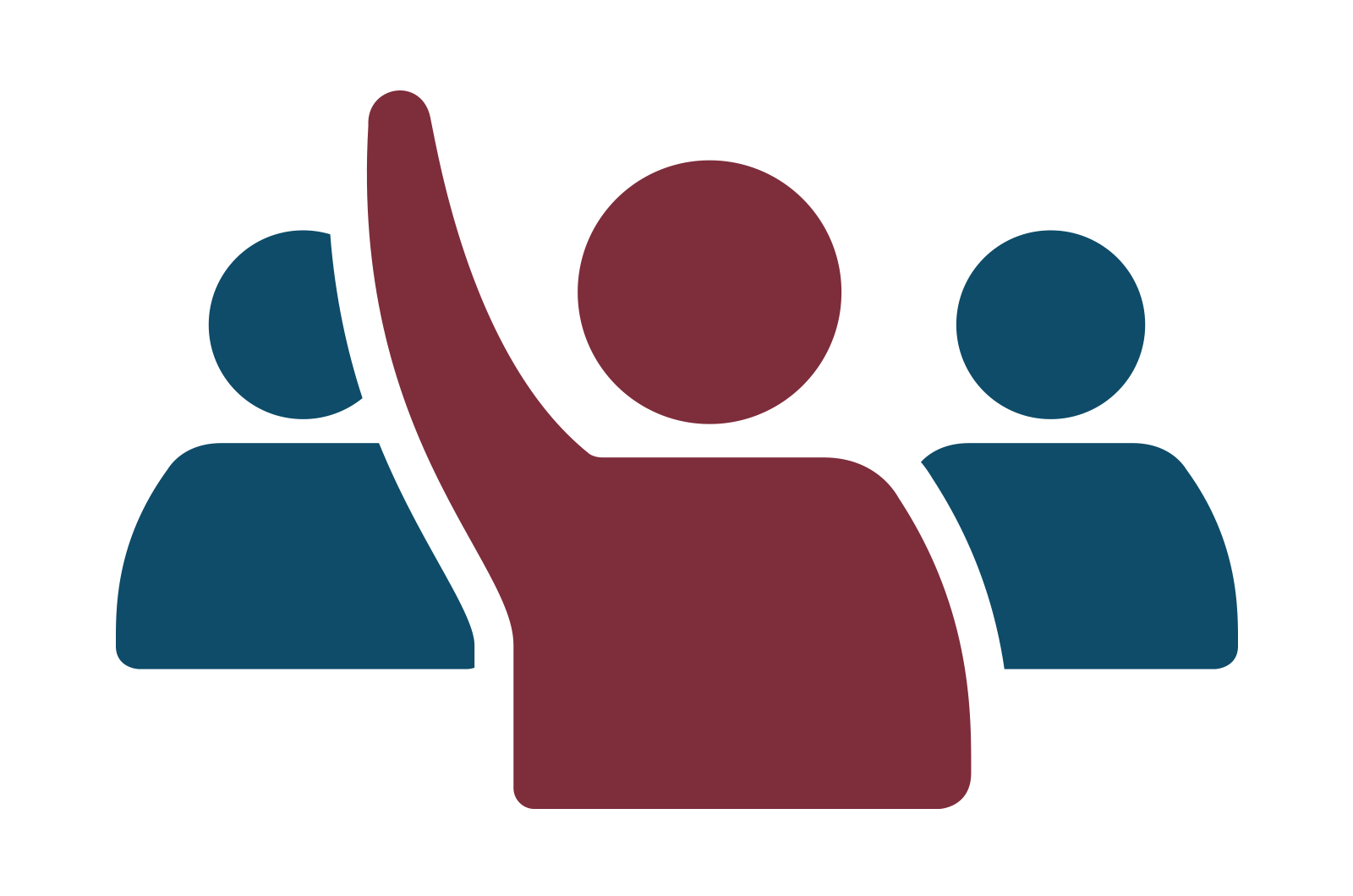 Conor Cunneen, a DTM and Accredited Speaker based in Chicago, works with organizations to improve their performance and productivity. He believes that one of the best ways for Toastmasters to achieve their goals is to create public accountability for fulfilling promises.

“Publish or make other people aware of what your goals are,” says Cunneen, a former marketing executive at Unilever. “Even if those people don’t ultimately hold you accountable for pursuing your goals, the mere act of telling others will give you more of a moral compulsion to achieve them.”

When Cunneen speaks to Toastmasters clubs he often asks members how many have set clear goals for improving as speakers or leaders. Most hands go up. He then asks how many have had difficulty making progress toward those goals.

“Almost all hands go up again,” he says. “I encourage people to start creating public accountability such as putting their names down to give a speech in two weeks or telling others in their club they’re pursing a specific goal like an education designation.”

Cunneen applies this concept to his own life as a keynote speaker. One way he seeks to add more humor to his presentations is by participating in open-mic nights at comedy clubs in the Chicago area. “I will regularly put my name down for certain nights, which commits me to having to ­develop new material,” he says. “Publicizing the goal makes me accountable for accomplishing it.” —Dave Zielinski