The Importance of Being Scientifically Literate

Science is never boring. However, it’s often presented that way. Here’s how to change that.

"You’re doing it again. You’re talking over our heads.” My friend Peg said this to me frequently. In the 1980s and 1990s, I was an aircraft engine researcher for the National Aeronautics and Space Administration (NASA). Aircraft engines and rocket engines use the same thermodynamic principles, so I can say with guarded certainty, “I’m a rocket scientist.” 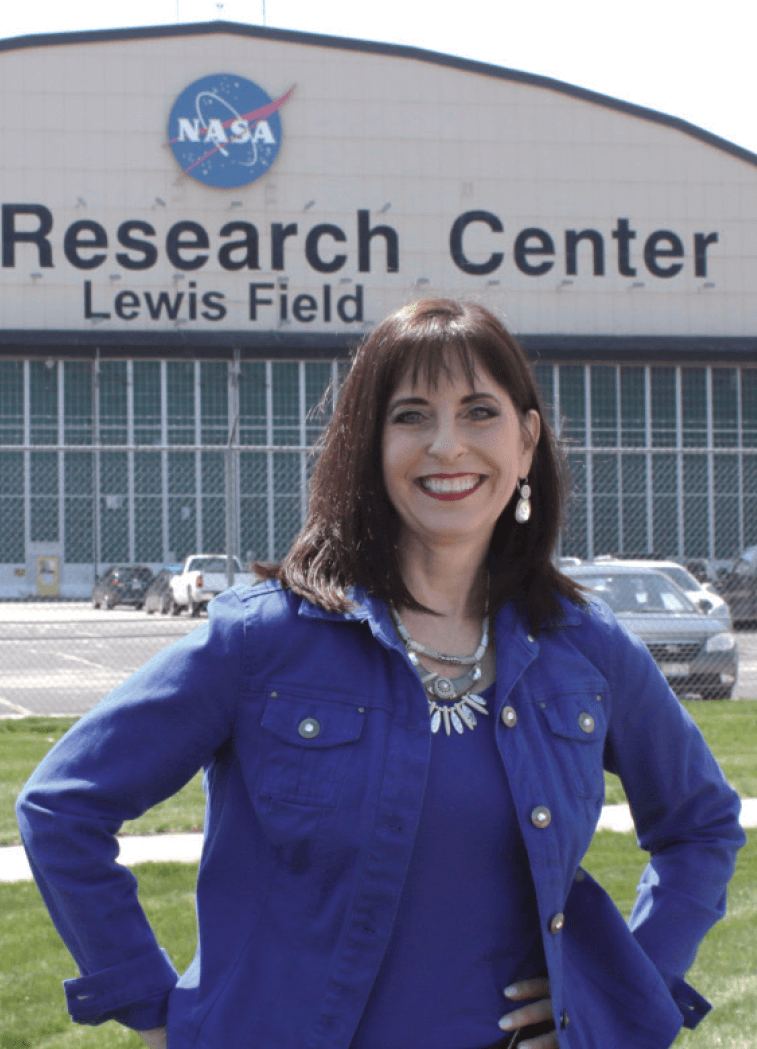 However, I often forgot that my friends didn’t know rocket science. Apparently, by Peg’s frequent observation, I had a bad habit of slipping techy-talk into my conversations, completely unaware that I was confusing and boring my friends. I was an awful science communicator.

These days, we are surrounded by science news. The proliferation of new discoveries, and the implications for people’s daily and future lives, now fill mainstream conversations and the mass media. Through countless blogs, websites, news stories, and stunning photos, the point seems to be: Science is never boring. However, it’s often presented that way.

As a result, a new emphasis on plain speaking has emerged as more scientists and technical experts must describe their work to nonscientists clearly, accurately, and most of all, engagingly. 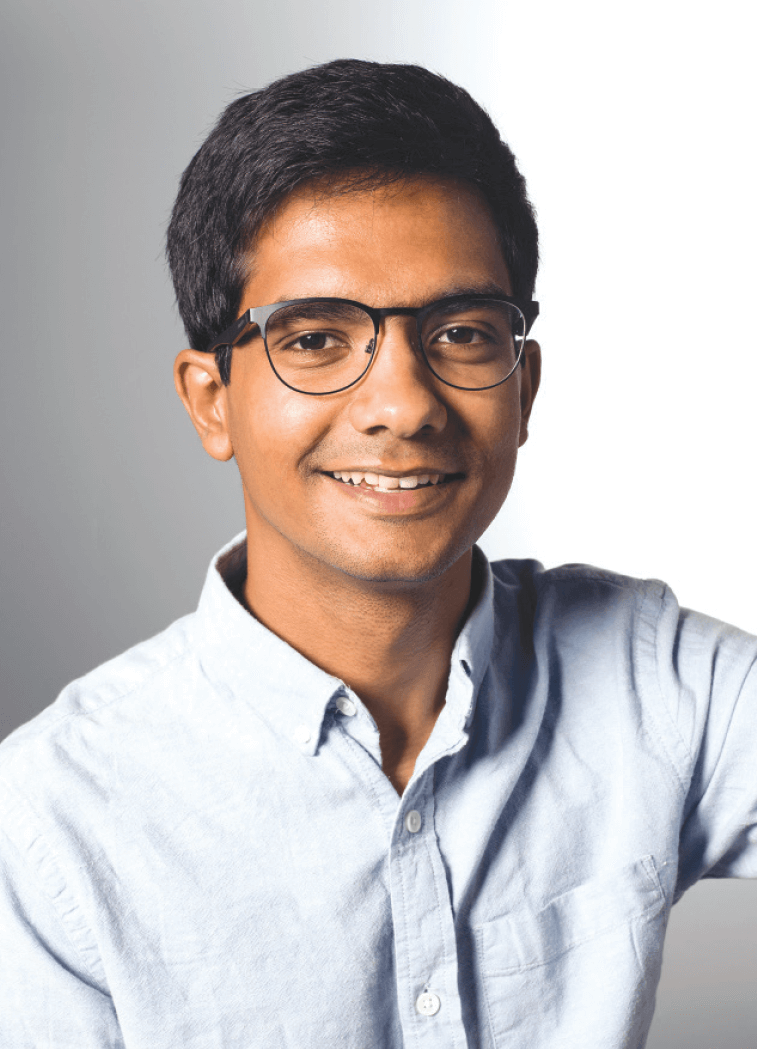 Aniruddha Dutta, a former Toastmaster in Germany and a Ph.D. student in metal physics, has used cream-filled cookies and leftover food to demonstrate his scientific concepts to audiences. Thinking of his mother helps Dutta assess the simplicity of his speeches. “I always ask myself, ‘How can I explain this to my mom,’ who is a classical vocalist?” he says. (Read more about Dutta in the sidebar, A Grand Slam.)

Humor and persuasion also help in appealing to diverse audiences, such as the media, consumers, corporations, grant-making entities, venture capitalists, and policy makers.

Your life constantly intersects with science. Have you flown in a plane, used a remote device, talked to your car, or cooked a meal? That’s science disguised as an everyday life activity. You may not know the how or why—but you appreciate that it’s there and that it works.

Allison Coffin, Ph.D., DTM, an associate professor of neuroscience at Washington State University Vancouver, is a passionate believer in science and how it matters in the world. Her expertise is in studying hearing-enabling hair cells in fish, in the hopes of developing technologies or medications to prevent hearing loss in humans. 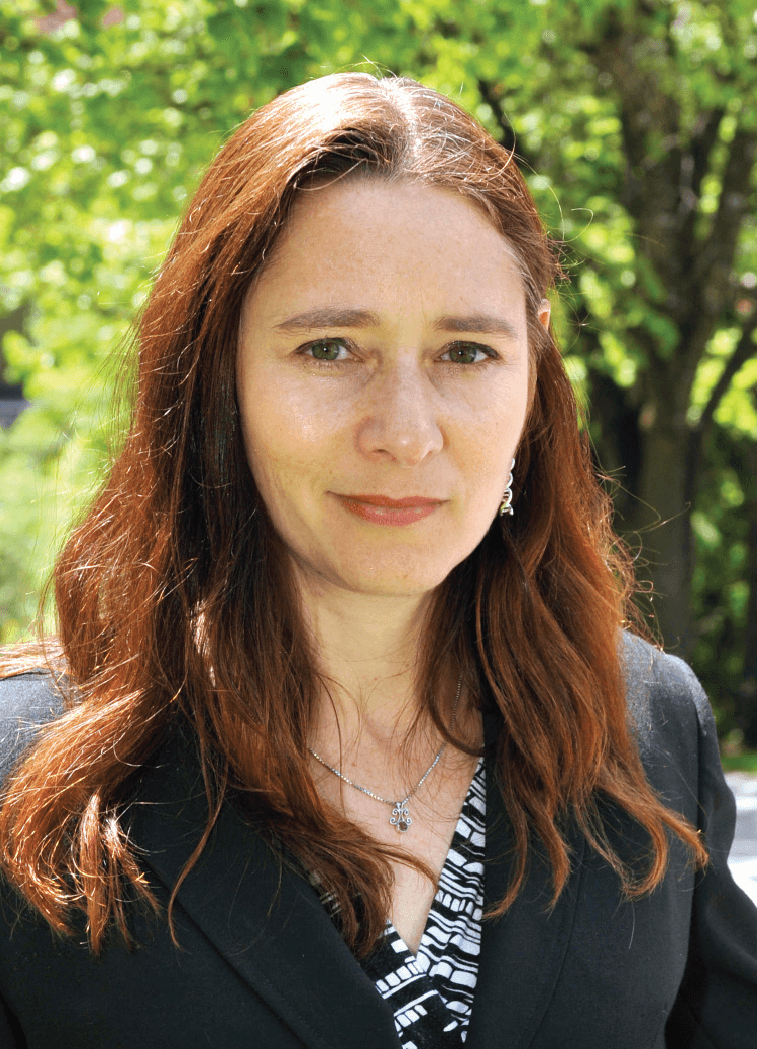 Coffin joined Metropolitan Toastmasters in St. Paul, Minnesota, U.S., years ago to practice defending her master’s thesis. She believes so strongly in the power of communication that she co-founded Science Talk, a nonprofit organization that convenes an annual conference to train scientists in making influential, effective presentations. The Science Talk website offers an invitation to action: “There’s a revolution in science right now—the idea that scientists should sometimes leave the lab and talk about what we do, and why we do it, to real people.”

That’s because science and its applications have countless implications for society.

“In major issues, it’s not just about the science,” Coffin says. “There are business interests, local municipal interests, and natural resource interests. Just saying ‘here’s the science’ won’t work. But when science can be part of the conversation, and we build relationships first, it’s easier to sell another person on the ideas.”

Coffin is a founding member of her current club, Salmon Toastmasters in Vancouver, Washington, U.S., and has belonged to numerous other Toastmasters clubs over the years.


Expertise Is the Easy Part.

While stellar public speaking talents are in demand among technical professionals, that doesn’t mean techies take to addressing general audiences naturally. In fact, the “curse of knowledge” can be a huge communication roadblock for an expert who knows a topic so well they can’t deconstruct big-picture knowledge to levels that lay audiences understand.

Dialogue, especially your own internal dialogue, can turn science into story, and makes you seem more relatable to your audience.

In the July 2015 issue of Toastmaster magazine, engineering consultant Carl Rentschler, in his article “Communication Challenges of a Techie,” reflects on why technical people like himself might struggle with verbal communication. For example, he describes scientists who don’t realize they lack strong communication skills and assume that their technical strengths will communicate the significance of their work. “I have heard atrocious speeches by technical people and frankly, they seem oblivious to the fact they are not getting through,” he writes.


How a Science Speech can Teach.

If you are a scientist and a Toastmaster, you’ve probably delivered a few science speeches in your club or to an audience of nonscientists. Understanding even more about the unique principles of science communication can help you have more impact with your words.

A well-delivered scientific explanation that uses clear language can comfort, inspire, and empower nonscience audiences. Learning about a medical diagnosis, or a solar eclipse, or why mixing some household cleaners is dangerous, makes people feel competent, secure, and smart.

Content is the scientific information you are presenting. Avoid using scientific jargon or industry-specific phrases. Even the same phrases can mean different things to different scientists. When speaking to nonscientists, resist including every detail. Stick to general principles or overviews. Use analogies and metaphors, and include humor if you can.

Science Talk 2019, held last April in Portland, Oregon, drew scientists eager to promote best practices in talking about their work with lay audiences. The annual meeting is the brainchild of Toastmaster scientist Allison Coffin and colleagues.

Structure is how the content is organized. Shape your presentation on the logical sequence of the scientific method: Determine your problem, hypothesis, method, results, and conclusion. Develop an outline to keep you on track. Use smooth transitions and summarize at the end.

Delivery includes vocal variety, body language, visuals, eye contact, etc. Use your Toastmasters club to practice these elements. Record yourself on video and watch the recording. Practice using any props or slides, so you are comfortable with them.

Audiences crave a great presentation. As you share your story, consider describing the roadblocks and victories you experienced along the way. “While I was researching this, I discovered …” or “I was shocked when I saw this, and I said to myself …” Dialogue, especially your own internal dialogue, can turn science into story, and makes you seem more relatable to your audience.

Patricia Fripp, a onetime Toastmaster and now an award-winning speaker and coach whose clients include engineers and technical professionals, has additional language advice for science speakers. Her training outlines “skinny” and “fat” language, two terms that relate directly to the quality of science communication. Skinny language is very detailed while fat language is broad and inclusive.

“The challenge for scientists who want to explain or sell their ideas to people who don’t understand the science is to use ‘fat’ language and include abstract concepts and broader terms. They [should] tell the story of how their ideas relate to and affect an individual person, their life, their society, and the world in general. Increasing levels of abstraction require broader language, not the nitty-gritty specifics,” she explains, adding that it’s important to relate the story using words that are familiar or create a visual image in the mind of the listener.

If your goal is to communicate well, it could be worth it to sacrifice some precision for connection with the audience.

Analogies and metaphors help bridge the gap between what is known and unknown. The audience grasps a new concept by comparing it to something they already know. They learn at a deeper level, and retention is much higher. Science-based TED speakers regularly use analogies and metaphors since most of their audience members are not scientists.

Some scientists may be reluctant to use metaphors because they are oversimplified or not entirely accurate. For example, the “ozone hole” isn’t really a hole. It’s a decrease in ozone density. A plane is powered by its engine the same way an inflated untied balloon flies when you let go of it—sort of. These comparisons aren’t totally accurate, but they represent the general idea, and help listeners understand. If your goal is to communicate well, it could be worth it to sacrifice some precision for connection with the audience.


Why Does this Matter to Me?

Maybe you’re thinking, “I’m not a scientist. This information does not pertain to me.” Consider how your life has been improved through science and tell a story about it.

You can be an ambassador for science, even if you are not a scientist or engineer.

And if you run into my friend Peg, tell her your science story in simpler words. I know I will.

SOMETHING IS FISHY HERE 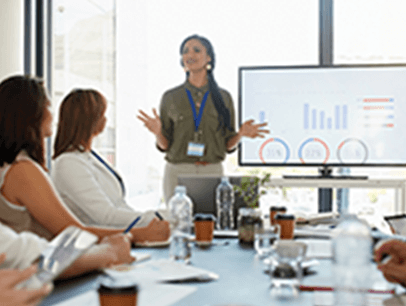 25 Ways to Nail Your Workplace Presentation

Tips for delivering a memorable message to staff members. 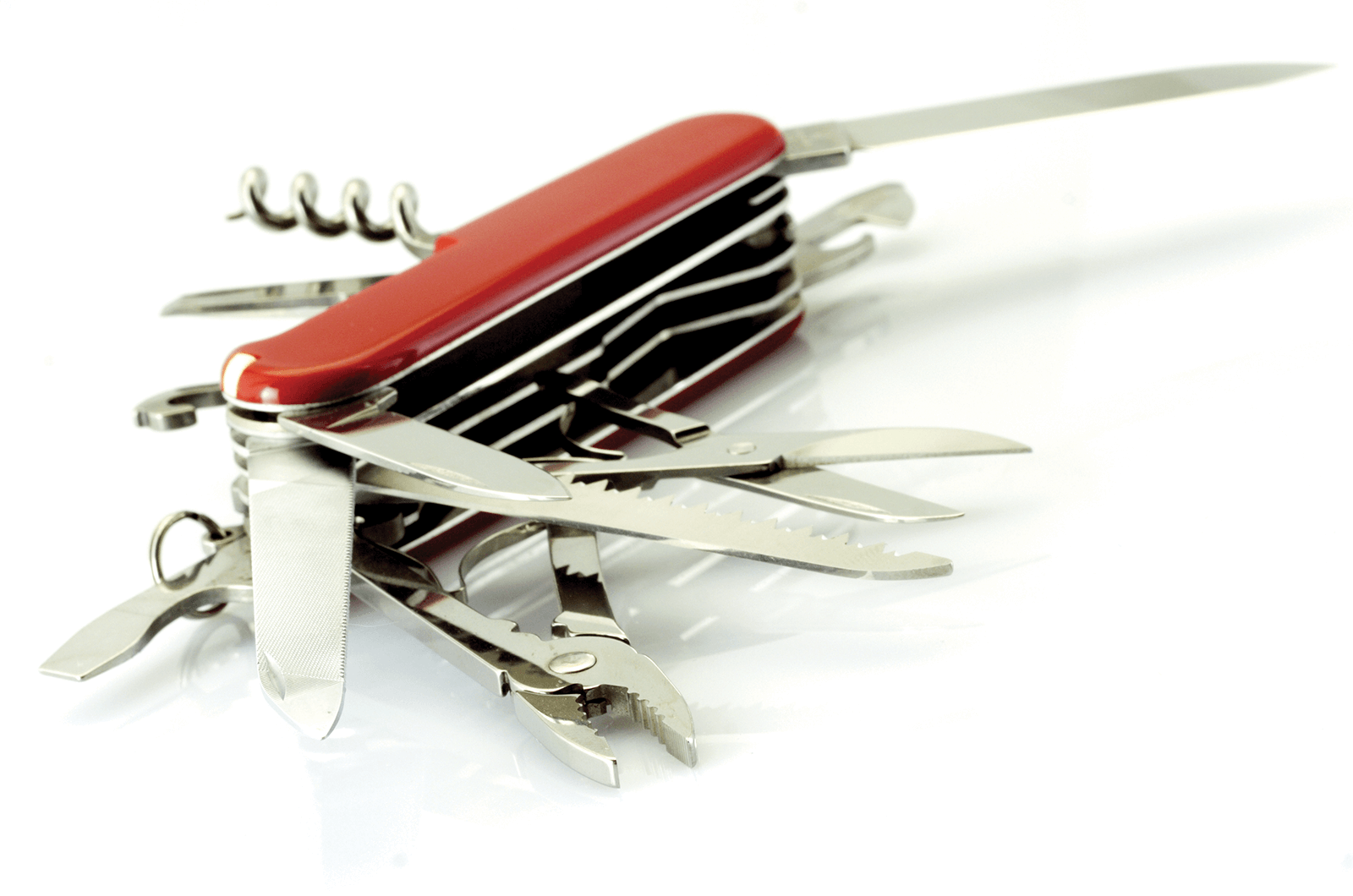 Think of questions as the Swiss Army knife of presenting.

Aniruddha Dutta, a doctoral student in Dusseldorf, Germany, won the 2018 German Science Slam Championship with a 10-minute speech about his research on lightweight steel. Science slams are usually judged on audience response; Dutta delivered his presentation to an audience of 5,000 nonscientists, whose rousing applause gave him the title.

Science slams, now popular in more than 25 countries, allow young scientists to explain their work to the general public. Humor and creativity are heartily encouraged in relaxed presentations that showcase the young speaker’s passion for their work.

In his speech, “Stealing Weight from Steel,” Dutta explained how to lighten steel for industrial applications, including the manufacture of light, energy-saving automobiles.

Dutta used cream-filled cookies to illustrate his research. “Materials science is abstract and challenging to describe, but my Toastmasters skills came to my aid,” he says. “I came up with props, like crushing a cookie with a hydraulic press to explain steel microstructures. I used auflauf, a German dish made from leftover food from a party, to explain the concept of entropy in material science. Everyone understands cream cookies and leftover food.”

He adds: “Toastmasters taught me all the verbal and nonverbal aspects of communication—and how to organize my thoughts, the do’s and don’ts of the microphone. I learned how to stand and deliver my words and most importantly, the magnificence of the pause.”

Society for Science and the Public

American Association for the Advancement of Science (AAAS) – Center for Public Engagement with Science and Technology provides scientists with communication resources and facilitates dialogue between scientists and the public.

Festival of the Spoken Nerd – “Where sparkling wit meets fascinating science in a comedy night for the insatiably sci-curious.” This entertaining and hilarious trio of scientists performs in London and has podcasts and recordings.

SOMETHING IS FISHY HERE

Toastmaster scientist Allison Coffin, DTM, Ph.D., jokes that her studies in fish hearing “may sound like a small field” but it is one that could have major beneficial consequences for deaf or hearing impaired individuals.

Coffin won the audience choice award during the 2014 United States finals of the international FameLab competition, with her speech, “Heard Anything Fishy Lately?” Humans have billions of brain cells but only 14,000 hair cells in the inner ear that allow us to hear. If those cells die, they will not redevelop, which is the basis for deafness, Coffin explains.

Fish are relevant because they regenerate impaired or lost cells in a matter of days. But how? That’s the basis of Coffin’s inquiry.

“When it comes to hearing, fish are way ahead of us,” Coffin says. “We want to harness their fishy tricks so we can grow new hair cells in us.”

Watch how Coffin uses props, gestures, audience participation, humor, and relatable stories to impress the judges and audience in this science communication competition.