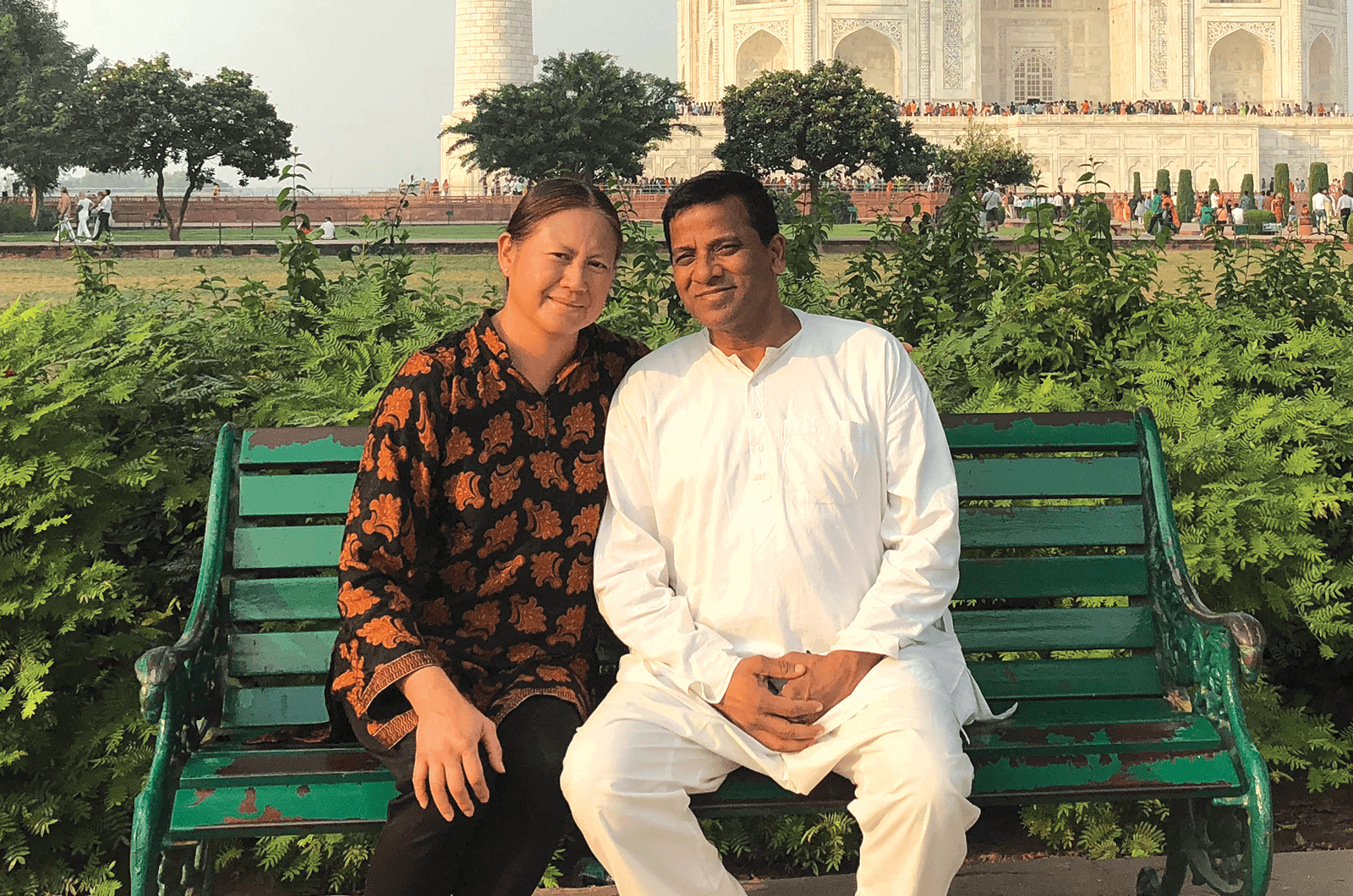 Since he was 10 years old, Kalyan Sen has been fascinated with electricity and how it flows. A native of West Bengal, India, Sen’s curiosity about electrical engineering eventually brought him to America, where he continued his education and career for the past three decades.

After years of extensive schooling at Jadavpur University in India and Tuskegee University, Worcester Polytechnic Institute and Robert Morris University in the United States, Sen, now 59, received a bachelor’s, master’s and Ph.D. in electrical engineering, as well as an MBA.

Sen, DTM, whose native languages are Bengali and Hindi, joined the Monroeville Club in Monroeville, Pennsylvania, in 1997 to improve his spoken English. His wife, Mey Ling, ACS, ALS, is also an electrical engineer and member of the Monroeville Club. The couple started their own company, Sen Engineering Solutions, Inc., which specializes in developing cost-effective power-flow controllers—devices that improve electric power transmission systems. They are also co-inventors of the Sen Transformer, a technology that transmits power efficiently.

Sen, a past district governor for District 13, is a 2017 recipient of the prestigious Fulbright Scholarship, and has traveled to 15 countries and presented more than 150 times on complex engineering topics. He incorporates storytelling into his lectures to help audiences understand the technical aspects of his presentations.

In 2002, I was selected to be a Distinguished Lecturer for the Institute of Electrical and Electronics Engineers (IEEE) Power & Energy Society. The audiences I present to include students, professors, researchers and employees from electric power companies. I always make a comparison of complex electrical engineering subjects to real-life situations so people can easily relate, such as comparing the flow of electricity in an electrical conductor to the water flow in a river, as both move from higher potential to lower potential energy.


What have you learned while speaking internationally?

Touring the world as an IEEE Distinguished Lecturer is an eye-opening experience. One example is when I traveled to Islamabad in 2007. My host was late picking me up at the airport; later, I found him passing by me hastily and I pointed out that my name was written on the placard that he was holding upside down. He said, “I thought IEEE Distinguished Lecturers are old people.” I told him that, in my experience with American culture, one did not need to be old to be “distinguished.”

Later that day, I started my presentation with this story. It helped me take control of the stage. It was easy from that point on, since I knew my engineering material very well. One good story broke the ice between me and my audience.


What was your task as a Fulbright Scholar?

The Fulbright Scholarship offers competitive merit-based grants for international educational exchange for students, scholars, teachers, professionals, scientists and artists. After my wife and I had an engineering textbook published in 2009, universities began to use it in their curriculum. In order to study our book in-depth, the Indian Institute of Technology at Bhubaneswar applied for funding from the Fulbright Foundation, and my task was to develop a semester-long graduate class, using our book as the textbook. I prepared the lecture slides and homework to make the subject easier to teach.

We feel fortunate that we are both electrical engineers. When the time came to write our engineering book, we had no hesitation about being co-authors. Recently we celebrated our 30th wedding anniversary and plan to stay married until the end of our lives.

We also like being able to evaluate our Toastmasters speeches before giving them to others, and we interchange our roles as speaker and evaluator. If they pass this level of marital scrutiny, they are usually good speeches.


What advice do you have for giving technical presentations?

When I bring an engineering concept to non-engineers in the great laboratory called Toastmasters, I receive valuable feedback and then deliver the same speech to the world. My advice is that if you are not comfortable speaking in front of people, then get up and start speaking. Learn from falling on your face. Depending on your level of effort, you will master the art eventually.


Shannon Dewey is the digital content editor for Toastmaster magazine. Reach her at sdewey@toastmasters.org.

Former Pastor Empowers Others to ‘Rock Your Story’

From the Tech World to the Writers’ Circle