Funny You Should Say That
October 2018 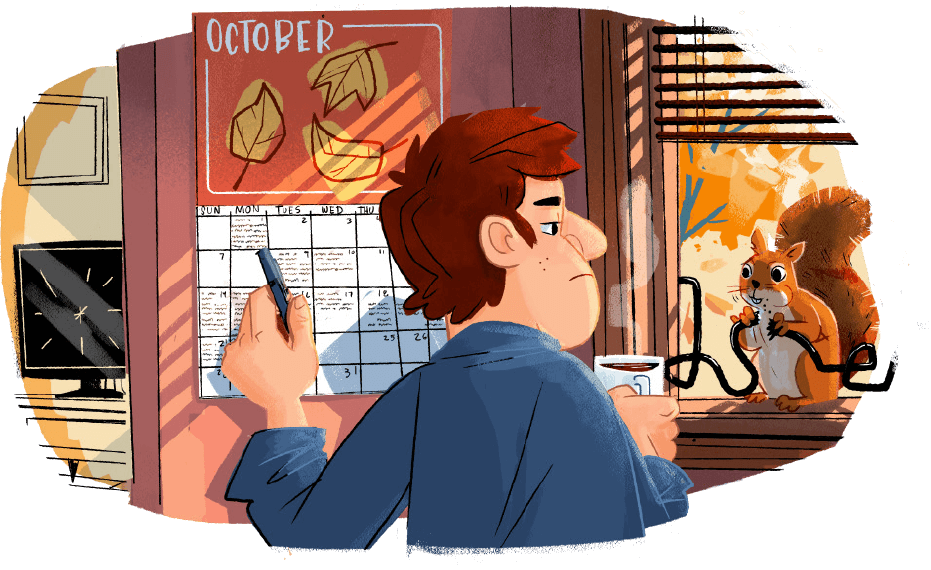 Look out your window. Do you see a squirrel? Is he (or she—who can tell?) climbing all over your bird feeder? Biting a hole in your screen? Digging up your neatly manicured lawn to bury nuts? Never mind. Appreciate him—or her. You have no choice. October is International Squirrel Awareness and Appreciation Month, during which you are asked to contemplate the beauty of a creature you would normally consider an ill-tempered rat with an overgrown tail.

This isn’t me talking. It’s Gregg Bassett, the creator of this seasonal paean to rodentia. As the story goes, Mr. Bassett was hiking in the Grand Canyon one day when his bedazzlement at the surrounding grandeur was eclipsed by the sight of a fox squirrel standing on its hind legs and waving its arms. Was it saying hello? Asking for food? Speaking in sign language? We will never know. What we do know is that this sight so enchanted Mr. Bassett he went right home and founded the International Squirrel Lover’s Club, complete with its own newsletter, In a Nutshell. (You could see that one coming.) Membership is 28 per year (31 outside the U.S.).

If you think this is some kind of joke, I can assure you it is not. Neither is Inter­national Hexagonal Awareness Month (March), Caribbean Cuisine Month (June), Trucker Appreciation Month (September), Hair Loss Awareness Month (August) or the month of July, which, according to Wikipedia, asks that you give special attention to pancakes, pickles and gin rickeys all in the same 31-day period. It would take a lot of gin rickeys to make me put pickles and pancakes together, but then maybe that’s the point.

“Closing out the month on Oct. 31 we have World Savings Day, which is always a nice time to remember that you don’t have any.”

Apparently, there is not a month—or, as you shall see, even a day—of the year that is not dedicated to the awareness of something, however insignificant it may seem. One person’s yawn is another person’s cheer. For instance, April 3 is International Tweed Day. On that day it is requested that you spend a good part of your time praising … a piece of wool. If that seems frivolous, you probably won’t be interested in International Mud Day either (June 29), which was originally created in Nepal to get children outdoors. They were encouraged to splash in the mud to their hearts’ content, after which their moods seemed to greatly improve. It was made official at the World Forum in 2009 by Gillian McAuliffe of Australia and Bishnu Bhatta of Nepal—both of whom are currently in hiding due to the bounty placed on their heads by the mothers who have to do the children’s laundry.

If this all seems too much, I can only say … there’s more. I mentioned that this month (October) is dedicated to squirrels. However, as we all know, a month is made of days—in this case, 31—each of which has its own individual object of worship. For instance, let’s say it’s Oct. 1 and you’re dutifully appreciating the squirrels as they chew through your cable TV wires. Don’t forget Oct. 1 is also World Vegetarian Day! So while you’re wondering how much the cable guy is going to charge for repairs, you can start feeling guilty about your bad eating habits. July 28 is World Nature Day, Oct. 4 is World Animal Day and March 3 is World Wildlife Day, respectively, so you might as well go outside and ask the squirrels if there’s anything else they’d like to destroy. Closing out the month on Oct. 31 we have World Savings Day, which is always a nice time to remember that you don’t have any.

Who comes up with these days? Anybody, apparently. So I’d like to propose International Awareness Awareness Day, in which you spend your time being aware of all the things you’re supposed to be aware of—like World Toilet Day on Nov. 19. This is a biggie. If your home latrine needs cleaning, repairing or even replacing, this is your day. And if you haven’t used it in a while … well, you’ve got a full 24 hours to make everything come out all right. 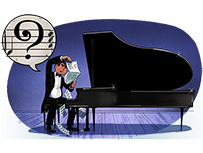 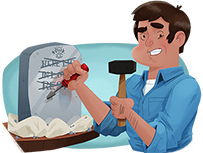 Which might be hard to do when you see what they put on your tombstone.