How to keep your composure around members with maddening traits.

We all know them: the club members who irritate, agitate and aggravate others. Maybe it’s their strong personality or annoying behavior. Maybe they create conflict that pollutes the culture of your club. They are maddening! How do you handle these difficult members?

Some of us respond poorly. We fume quietly, or we criticize, ostracize or polarize, causing more division and angst. Sometimes we confuse “different” with “difficult” and mistakenly expect others to match our own expectations. A.A. Milne quotes from his iconic Winnie the Pooh: “The things that make me different are the things that make me.” We can’t, and shouldn’t, change people. True peace comes from accepting others.

But what about the people with really maddening traits who disrupt meetings, cause disputes or create chaos? What can you do about them? Before we explore specific solutions, consider adopting these general principles:

Great leaders know that the place to start is by developing the skill of “kind confrontation.” In the book Crucial Conversations, authors Kerry Patterson, Joseph Grenny, Ron McMillan and Al Switzler explain how developing the finesse of graciously handling difficult conversations can further your career and improve your relationships, organization and even your health. At the core of that skill is to “start with heart.” Identify what you want for yourself, the other person and the relationship. Clarify what you don’t want, which is usually conflict or anger. Then dig deep to find a way to accomplish all that. Create an atmosphere of safety by speaking kindly and preserving everyone’s dignity. You don’t need to choose between candor and kindness. You can use both.

Seven types of maddening members and how to respond to them

Here are suggestions to handle seven specific maddening member-types in your club: 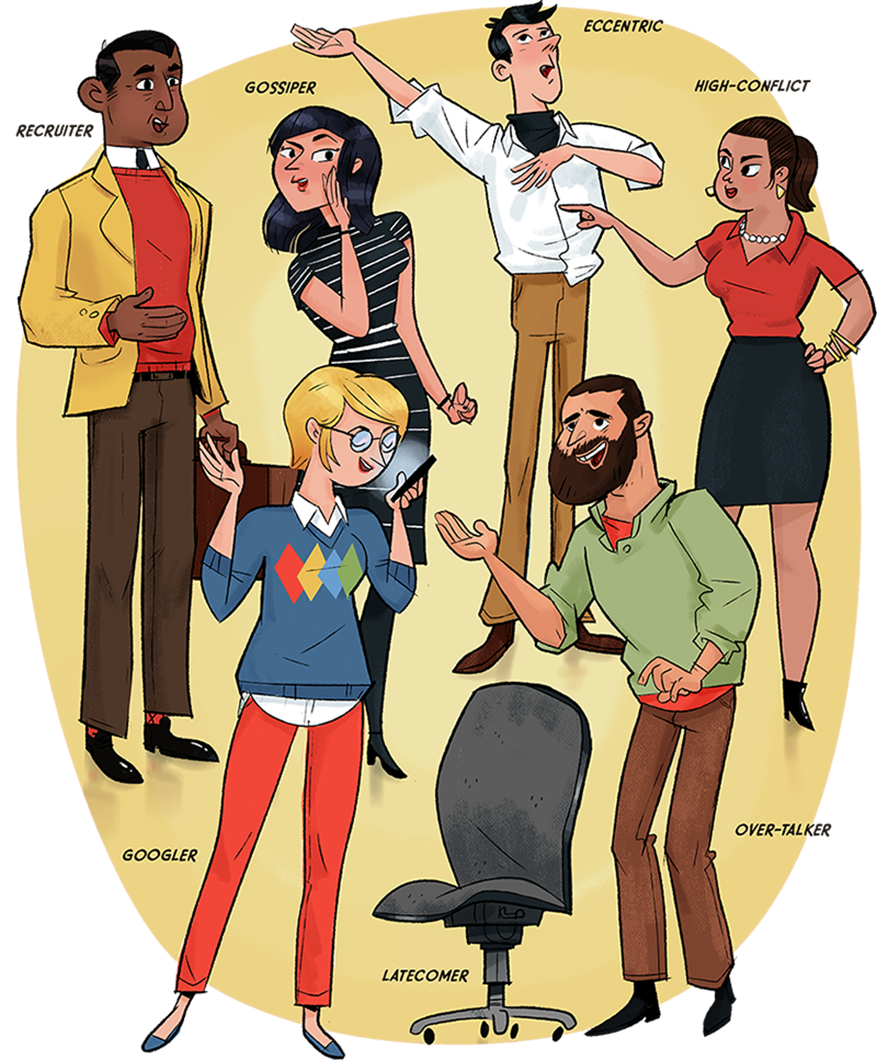 1 The Over-talker: They talk endlessly, barely stopping to breathe in conversation, unaware that their listener has zoned out and lost interest. They can come across as opinionated, disrespectful and extremely self-absorbed. When they give a speech, they consistently go overtime.

Most over-talkers are simply thinking out loud or are afraid they’re not being heard. Be patient and listen without letting them crowd out everyone else. You can’t eliminate their behavior, but you can minimize their impact on the club by putting appropriate boundaries in place.

If you are talking with a conversation-monopolizer, try to politely redirect the conversation to a different topic, or invite another person to join in. Or exit by saying, “Excuse me, I must get going.” Give your biggest, kindest smile, and then walk away. Or try humor. Smile and say, “Time’s up! My turn to talk!”

If their speeches consistently go overtime, they probably don’t notice the timer’s cards or lights. The timer can be more animated by waving the card or flashing the light. If you evaluate a frequent over-timer, be kind but firm. Stress the impact of the action, not the action itself. “Joe, when you go overtime, the meeting goes long. It’s better if we end on time because people have commitments after the meeting.”

2 The Recruiter is the one who uses the club meeting as a personal networking or proselytizing event to market their own business or evangelize their own faith. Every conversation, speech and comment is sprinkled with a thinly veiled attempt to gain more clients or converts. If it goes beyond practicing their pitch or sermon, members become uncomfortable.

Show respect. The recruiter’s work ethic and passion are admirable, even if their method is pushy. The club president or vice president education can privately ask their intent. “What brings you to Toastmasters? What skills would you like to improve?” If they simply want to sell, explain how Toastmasters is indeed a place to practice a sales pitch, but let them know that their speeches don’t sound like practice at all. Promotional pitches with intent to close a sale are not in the spirit of Toastmasters. Encourage them to shift the focus from sales to education to teach club members about their industry instead of pitching them a product. If their true focus is sales, and members don’t buy, they probably will choose to leave. 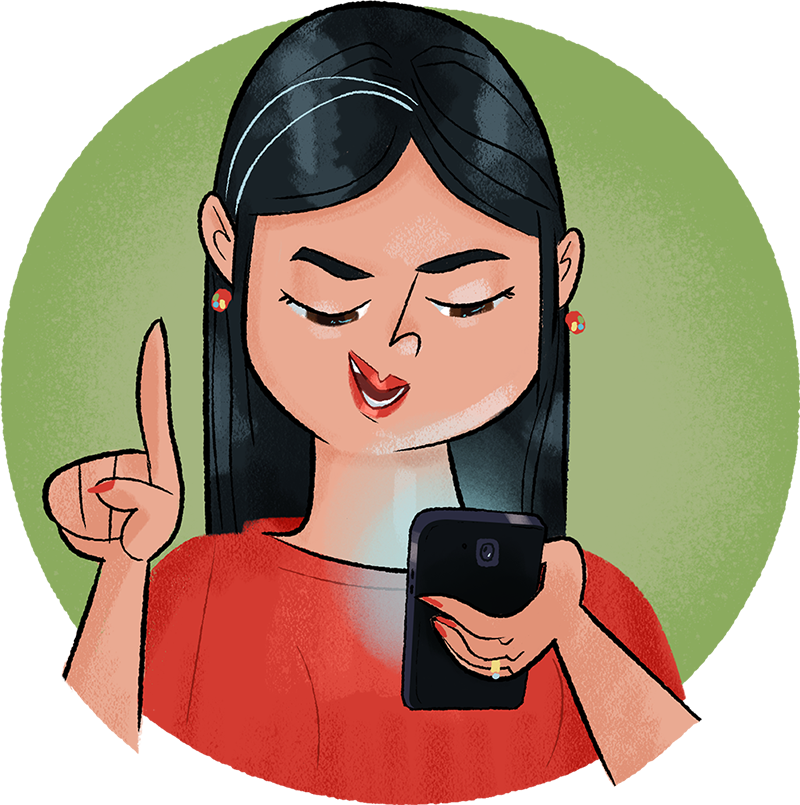 3 The Googler is the “know-it-all,” the self-proclaimed (and often prideful) keeper of all knowledge—especially Toastmasters knowledge. They usually have a long Toastmasters history, having held several club officer positions or won many contests. They may know a lot of people. They may be name-droppers. They may have memorized every contest rule and every aspect of Robert’s Rules of Order. They protest incorrect procedures, or pontificate about “why we must do this.” They can come across as pretentious and inflexible.

Engage them. They may be looking for an ego stroke, but most likely they are simply excited about something they learned, and love sharing with others. Often, they genuinely want to help. Let them. Affirm them with “That’s wonderful information,” “You sound like an expert!” or “I didn’t know that.” A little attention goes a long way.

If their information is crucial to the operation of the club, welcome it. Toastmasters runs well because of policies. If a member knows them well, they’re a valuable asset to the club, helping to preserve organizational integrity. However, don’t always accept everything they say as truth. “Made-up” rules and long-standing traditions that seem like rules are not uncommon. Perform due diligence to research and understand the policies and rules yourself.


4 The High-conflict member is particularly toxic to the club. They exhibit behavior consistent with narcissism and histrionic, borderline and antisocial personality disorders. They argue, debate, even intimidate. They often initiate, escalate and perpetuate conflict, usually with themselves at the center. They blame others, and will not take responsibility for their part in a conflict. They think people are either with them or against them, or 100 percent good or 100 percent bad. If anyone is against them, they’re forever against them. They can be explosive and unpredictable, and will try to gather allies in their conflicts, often creating division in a group.

This is one of the toughest personalities to deal with, but deal you must because the damage they can do may be extensive. You cannot change their behavior, but you can change your reaction to it. If you confront them about the behavior, you’ll likely create a new conflict or exacerbate an existing one. Bill Eddy, the president of High Conflict Institute, is an award-winning author, ­lawyer, therapist and mediator, and an international expert on managing high-conflict disputes. In his book BIFF: Quick Responses to High Conflict People, he describes a four-point response. He says if you must interact with this problematic person, keep your response BIFF: Brief, Informative, Friendly and Firm. Be brief and concise. Give only the facts and not emotions. Be friendly, polite, firm, clear and direct. If conflict escalates, consider engaging your district or regional leaders. Make it a priority to resolve or mitigate conflict.

Check your room logistics. An entrance in the back of the room is less distracting. Still, a chronic latecomer may disrupt the meeting. The best approach is in a private conversation. Publicly calling them out is usually counterproductive. Start the meeting on time to show respect to the members who are punctual. The General Evaluator can comment on the importance of punctuality, without mentioning latecomers by name.

In private, ask the latecomer if there is a particular reason for their consistent tardiness, and suggest ways to help. Gently point out how being late inconveniences everyone. Remind them of how they are hurting themselves if their role is reassigned because they won’t get credit or the experience of performing the role. Seek their agreement and commitment to be on time. 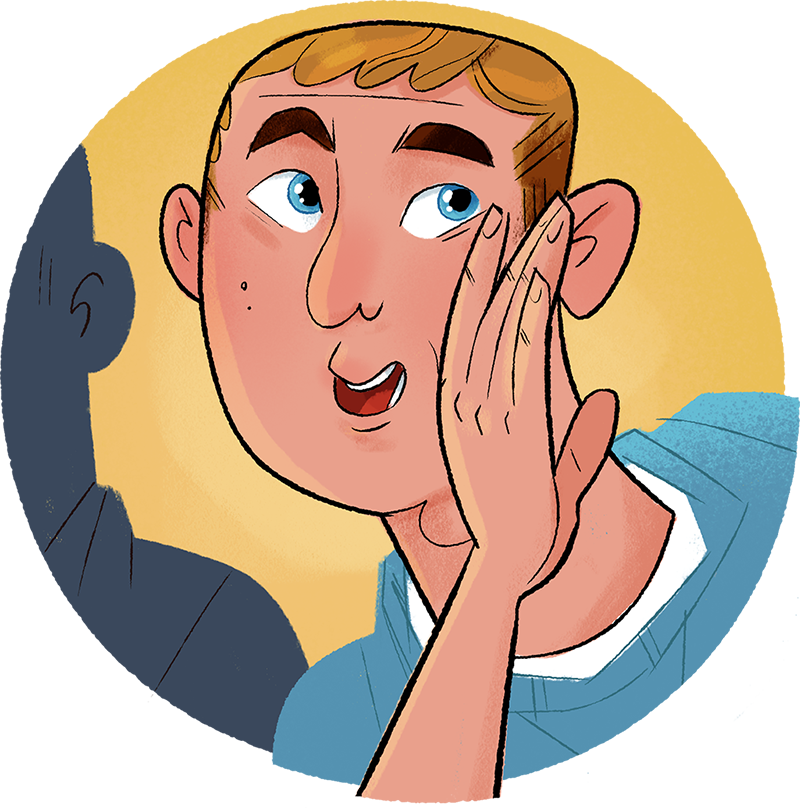 6 The Gossiper delights in passing along “juicy information” about someone else. The information may be true, but it’s rarely flattering. Gossips speculate, criticize and divide. Their words take on a life of their own, spreading throughout the club or district like a pervasive weed.

If you hear gossip, don’t engage. Shut down the conversation by walking away, remaining silent or offering kind words of contrast such as, “Maybe she did that because she was tired” or “I need to see that for myself before I believe it.” Always model the behavior that you wish to see. If you are the club president and the gossip is particularly divisive, you may need to speak privately with the offender to explain the detrimental effect on the club.


7 The Eccentric is unusual, quirky or peculiar. They just seem out of step with conventional standards. Maybe they dress differently, have an unusual habit, or are hyperfocused on a specific topic. Others may think they are mentally deficient, but they are not. In Eccentrics: A Study of Sanity and Strangeness, American-born and British-educated psychiatrist David Weeks writes how eccentrics are often physically healthier and significantly happier than “normal” people. He says they typically exhibit five similar characteristics: they are nonconformist, creative, intensely curious, idealistic and unconcerned with how they contrast with conventional culture. Yet, their presence in a Toastmasters setting can be unsettling to some.

Eccentrics aren’t really difficult; they’re just different. As long as they don’t obstruct club operations or cause conflict, let them be. Accept them as they are, and extend a warm hand of inclusion. Enjoy the diversity they bring to the club.

John Hancock, the American Revolution statesman, wrote, “The greatest ability in business is to get along with others and to influence their actions.” Maddening members will always be around us, but we can learn strategies to help us react to them. Conflict is not bad. Unresolved conflict is. An excellent resource is the Resolving Conflict module of the Toastmasters Leadership Excellence Series. It is filled with practical advice. Embrace the chance to develop these skills.

The beauty of Toastmasters is mingling with a fascinating kaleidoscope of people from different backgrounds, with different perspectives and on different journeys. When your path intersects with another’s, consider it an opportunity to impact your world. Winnie the Pooh sums it up with more wisdom: “A little consideration, a little thought for others, makes all the difference.”