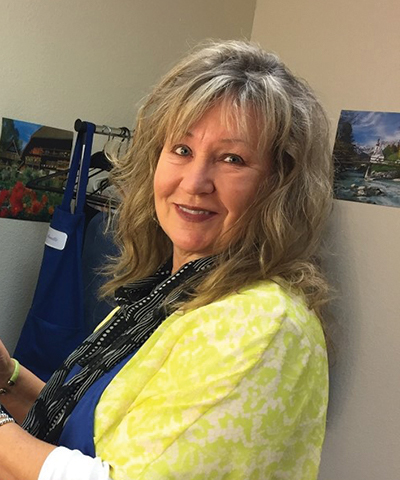 Of all the ways I have benefited from Toastmasters, my success in a recent community theater production is not only easily identifiable, but also unanticipated. Developing skills as a Toastmaster has been a gradual, almost subconscious process that has become a part of my everyday life. Thankfully, those skills came through when I made an impetuous decision to try acting again.

Before October 2017, Don Quixote was the one and only play I had been in. That was several decades ago—I think I played a tree. But when I saw the audition notice for Steel Magnolias in one of our small community theaters, I knew I had to try out. The show is about a group of women in the American South who form a strong bond. Playing an old Southern woman? That’s what I’ve been rehearsing for my whole life!

After the first of eight performances ended, the director rushed into the ­dressing room and told the cast we had received “a standing O.” I had given others a “standing O”—a standing ovation—many times over the years, and now I had one of my own!

Performing in a production was a fun opportunity for growth, and I drew on many of my Toastmasters skills during the process. Here are some examples.

Our talented director encouraged us to make whatever role we were playing our own. Because I had given many Toastmasters speeches—particularly “Your Body Speaks,” Project 5 in the Competent Communication manual—I was able to respond to that directive with vigorous, well-timed movements. I had the confidence to fling my arms out, point fingers, sashay across the stage and even do a shoulder shimmy with spontaneity!

I was at ease with my stage surroundings, even in such a close and intimate setting, where patrons sometimes sat within three feet of the actors. It was even closer when that 6-foot cowboy in the first row decided to stretch his legs out! I already overcame that “you’re in my space” fear when I gave speeches with no more than the space of a lectern between me and my fellow Toastmasters.

“I had the confidence to fling my arms out, point fingers, sashay across the stage and even do a shoulder shimmy with spontaneity!”

Rising above distractions like that cowboy’s boots was easy. Our club has at times met in crowded, noisy restaurants with the potential for doors closing, background music and cell phone ringtones going off. Even speech-contest venues aren’t always completely controlled environments. Toastmasters adapt!

Those “Vocal Variety” speeches (Project 6 in the CC manual) I had given came straight back to me as I focused on being expressive and keeping my pitch as varied as the dialogue required, while still projecting clearly and using appropriate pauses.

I realize now that whether I was giving a speech or evaluation in front of my club or standing onstage in a district speech contest, Toastmasters was an incredibly effective lab for increasing my comfort level while expanding my speaking capabilities. It’s an all-pass, no-fail environment where the degree of success is limited only by the degree of interest.

To anyone who says, “I could never speak in front of a group, or get on a stage,” I say, yes you can! The confidence and skills you build in Toastmasters will benefit you greatly in your everyday life.

So here’s to Toastmasters—a standing O!

Marian Sisneros, CC is a member of the Morning Tour Toastmasters club in Casper, Wyoming.