May Your Cup Be Ever Empty 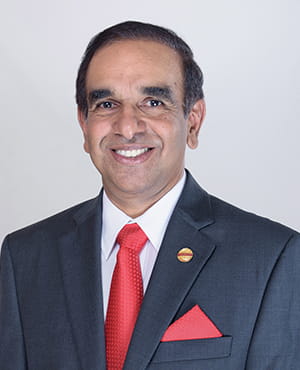 Our success in life is closely tied to training. Whether we train ourselves to become better at our jobs, at cooking or at running marathons—or train others in a club or district setting—training presents the opportunity not only to achieve our goals but to help someone else reach theirs.

I’ve been a Toastmaster for nearly 30 years, and if I had to describe our organization’s learn-by-doing approach in one phrase it would be: Toastmasters makes ordinary people extraordinary.

Last August during my inaugural address I mentioned that my parents taught me the important lesson of putting people first. In my personal relationships, business relationships and in Toastmasters, this principle has been paramount. It is also an integral part of training. A trainer must put people first.

Mahesh Vipula Jayasinghe, DTM, a friend of mine and a former top executive at one of the largest insurance firms in Sri Lanka, became charter president of a Toastmasters club at his workplace. The more involved he became, the more he learned. He accepted all opportunities that came his way, serving as a club officer as well as area and division governor. He entered speech contests, ­conducted Speechcraft and Youth Leadership programs, and became a trainer.

“It’s an old adage that we must empty our cup to get new tea.”

In 2011 he attended his first International Convention, held in Las Vegas, and was so inspired that he decided to become a full-time trainer. Today Mahesh is a successful trainer, coach and consultant—and owns a soft-skills development company.

His example demonstrates the power of good training. As Toastmasters, we have an obligation to be prepared, to be knowledgeable in both the theory and practice of our subject, and to offer our audience an extraordinary experience.

When attending a speech or training, it is imperative that we arrive with an empty cup. Drop all preconceived ideas and be neutral. Arrive with an open mind—willing and eager to learn—rather than expecting to validate existing knowledge. Be engaged in the training and be open to new ideas.

Go through life and through Toastmasters, holding an empty cup, collecting the knowledge and wisdom of those who have gone before you and sharing it with those who come after you. Seize every training opportunity you have in Toastmasters and beyond! Continued training leads to continued success.