"When in Rome … ” the saying goes, so if you use humor in your presentation (and who doesn’t?), that means what’s funny in Italy will not necessarily make them laugh in Los Angeles.

Anyone who has made presentations in a different country learns this very quickly. As all good presenters know, humor is universal, but jokes may not be. So while using humor is always a good strategy, jokes can be a poor tactic because what makes a joke funny is often an aspect of the local context. If the audience does not know the context, the joke fails.

For example, I once prepared a presentation for an audience in Hong Kong. Just before I went on, a colleague reminded me that in Asia, a great way to kick off a speech is to express humility based on the Chinese value of individuals humbling themselves. He suggested I apologize upfront in the event my speech would fail to meet the audience’s expectations.

As an American, I viewed this strategy as the kiss of death for my presentation, wanting instead to open with a humorous anecdote about cultural differences: the topic of my talk. So I thought about this cultural dilemma. When I went on stage, I announced that I understood that here in Hong Kong I would garner respect if I started my presentation with an apology of sorts. I also said that in my country, the United States, we would prefer to start a speech with a joke. To accommodate both cultures, I apologized for not having any jokes to tell. The audience got—and appreciated—the joke, and it was a great way to introduce the topic of my talk: making presentations across cultures.


The Challenges of Technology

While the tried-and-true “When in Rome … ” rule is still a good starting point for delivering humor across cultures, it is no longer enough. Presenters are now managing new virtual ­technologies in their presentations, and technology, like culture, presents new challenges to the use of humor in presentations. In today’s world, we not only communicate and make presentations face-to-face, but increasingly we do so virtually. We use technologies such as WebEx and Skype, and make our presentations and keynote speeches to groups both large and small around the world, often to audiences comprising many different cultural groups. And while using humor face-to-face in cross- cultural situations is tough enough, doing so virtually can be even trickier. Additional rules must be understood to successfully communicate via new technology.

However, technology isn’t really new to most presenters. After all, speakers have been using microphones, PowerPoint slides, lights and cameras for a long time. We know that being comfortable with our equipment is essential to successfully relaying a message. We had to learn how to use a camera and microphone, and we need to do the same with Skype and broadband.

However, while cameras are common in face-to-face presentation situations, most of the time the audience is still there, giving immediate feedback. In most virtual presentation situations, cameras do not allow us to see our audience, and the feedback we get is severely limited. We must be sure the humorous anecdotes we communicate are well-received and understood. Therefore, it is essential that we test humor in a live setting before using it in a virtual environment, whether or not we are crossing cultural lines. 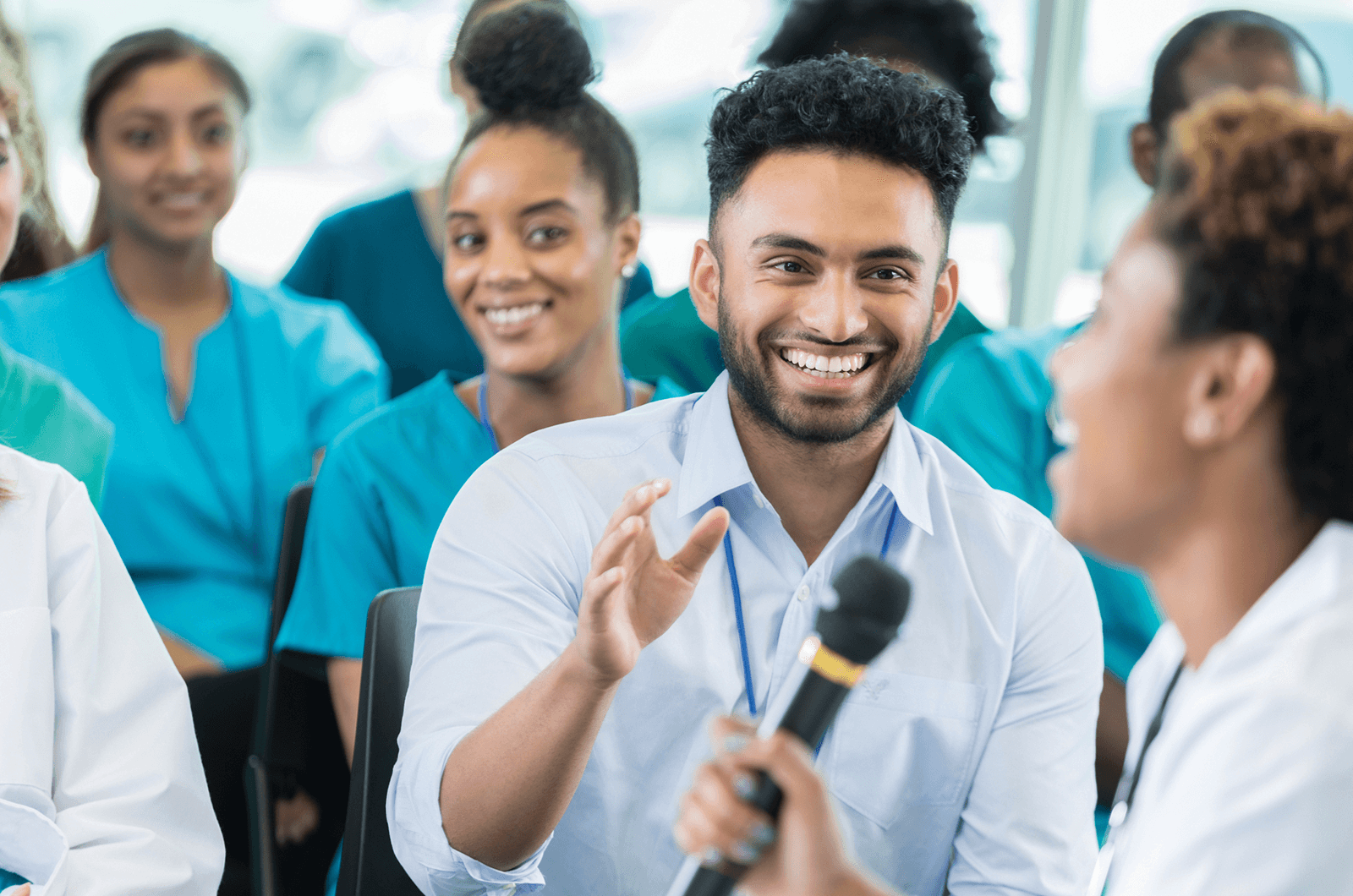 Presentations with images and written words (e.g., PowerPoint) must be culturally appropriate for everyone. It can be difficult to create content free of culturally offensive references while not eliminating the local flavor and color that might be essential to understanding the information being communicated (or the joke being told). For example, I was once making a presentation in the Netherlands, and made a point about the use of English as a language of global business communication. My “humorous” anecdote had to do with a Dutch fellow working in the United Kingdom who, quite legitimately, had been complaining to his team about what he saw as disorganization in the company. It got back to management that he was complaining about the company, and not the disorganization he saw, since his Dutch accent made his comment, “I hate disorganization,” sound like, “I hate this organization.” While the joke worked in the United Kingdom and the United States, it did not go over well in Amsterdam, because it sounded as though I was making fun of the Dutch accent.

Be sure to review all graphics and text for cultural appropriateness. And if any of the elements are associated with a humorous anecdote or joke, they must not distract from the funny part of the joke. Despite your best intention, any glaring, culturally inappropriate graphics or text will immediately distract from, and undermine, the quality of your humor. For example, while a graphic of a physically attractive female in fashionable dress might work in a presentation in Italy, it would be offensive, if not blasphemous, in Saudi Arabia.

“It is essential that we test humor in a live setting before we use it in a virtual environment.”

While different spellings (“humor” in the United States versus “humour” in the United Kingdom) don’t often distract much from a presentation, a larger problem occurs when words have different meanings in different cultures (e.g., “fanny” in the United States refers to one’s rear end, but in Britain the word refers to female private parts, while the rear end is called the “bum”). Another issue can arise when using terms with no comparable meaning in other cultures. American sports clichés such as “ballpark figure,” “left field” and “step up to the plate” come to mind, as well as expressions in Indian English such as “do the needful” (meaning, do what needs to be done to advance or solve the problem). Care should also be taken when employing acronyms and abbreviations specific to only one culture or industry (e.g., “ASAP” or “ETA” might make sense in the United States, but may not be understood by those of different cultures, even if they are familiar with English).

“As all good presenters know, humor is universal, but jokes may not be.”

Scrub your graphics of any culturally inappropriate images. Religious or political images are the obvious place to start, but also consider, for example, the use of color, as colors carry culturally different meanings (e.g., red is fine in Asia, green is fine in Muslim cultures, but green and yellow are not always appropriate for use in Thailand or the Philippines). Even the degree to which text and graphics are used varies culturally. In Asia, for example, the use of symbols, numbers, graphs and pictures is much more effective than text or words on a screen. However, in continental Europe, the use of bullet-pointed, logically connected text that represents concrete ideas leading to a final conclusion is highly effective.


Are You Speaking My Language?

And then there’s language, the fundamental element of every culture. It’s important to remember that individuals in other cultures may be speaking a kind of “global English,” and that their first or even second language may not be English. Therefore, English-speaking presenters must take responsibility for being understood. The best way to do that is to speak slowly enough to receive confirmation from audience members that they, in fact, understand your words. 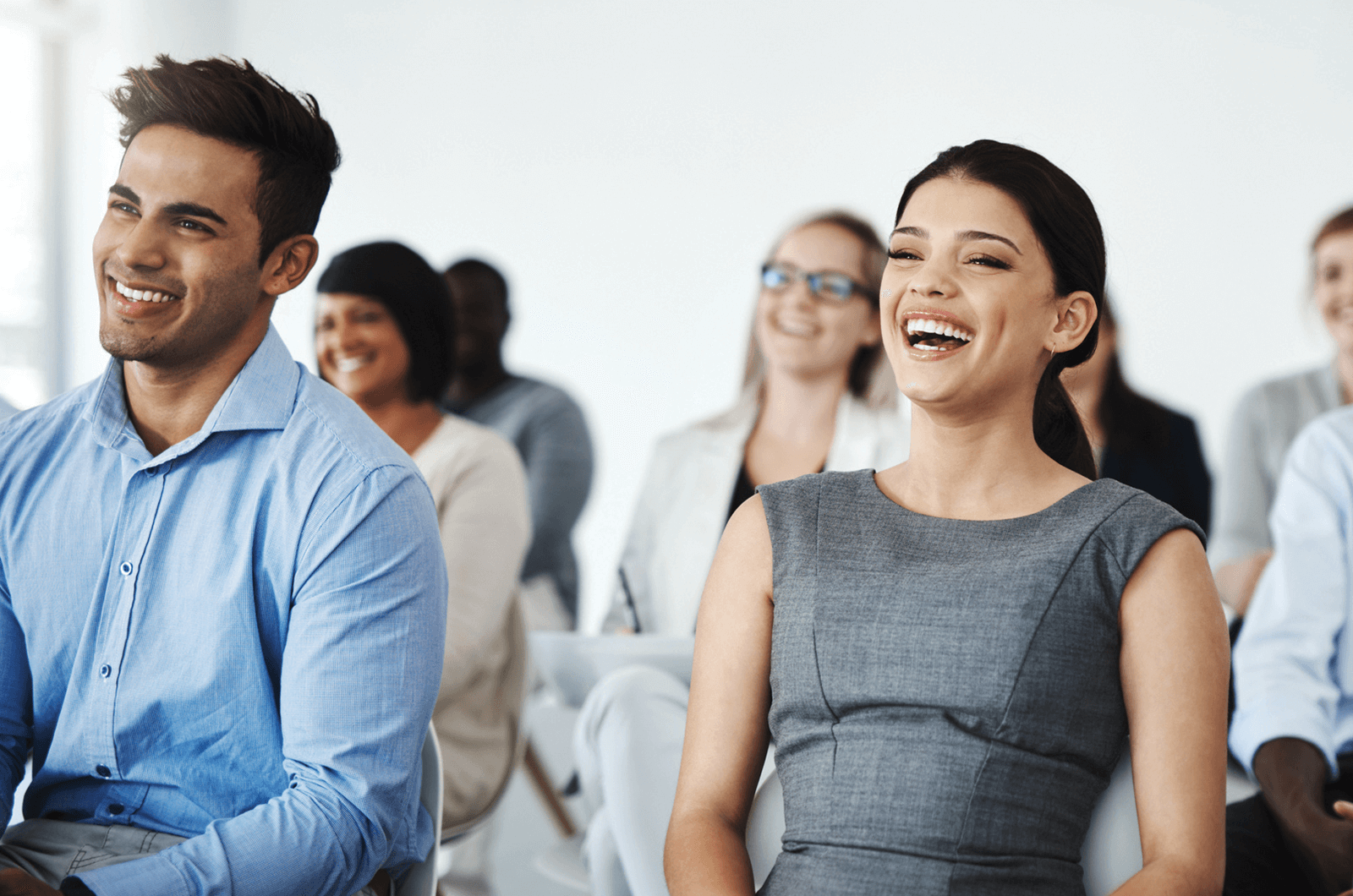 This audience feedback can take the form of direct information; members of certain cultures are good at telling you exactly what they think and feel, including those in France, Nigeria, South Africa and Israel, among others. But with other audiences, you may have to tune in to what their silence implies, and whether they understand (including those in Japan, the Philippines, Mexico and others). Good presenters take these things into account when an audience is physically present. However, when speaking virtually, it may be difficult to get any feedback. Again, first test your content in a face-to-face situation. A friend told me the story of making a joke during a presentation in Japan, which, according to the audience feedback he was getting, he felt had gone over very well: as he was speaking in English, a translator was translating throughout. As he learned from a colleague after his presentation, the translator was telling the audience, “Now the presenter is telling a joke … now he is getting to the punch line … OK, everyone, now laugh.”

Solution: Always speak slowly and allow listeners the time they need to “translate” your English as you speak. Opt for words with fewer syllables when you have a choice, and always avoid acronyms and local terms that don’t translate well. Put your words through this “cultural neutralizer” process, especially when telling a humorous story. Nothing kills a joke faster than when listeners don’t understand you.

Style is also subject to differences. Much of British humor is based on the ability to use the meaning of a word or phrase to its opposite intent. This is the heart of irony, a form of humor that is not as common, and therefore not as well understood, in direct-speaking cultures like Switzerland, Germany or the Netherlands. Sarcasm can be seen as hurtful in places like Latin America, but considered funny in India or Israel precisely because of its abrasive, in-your-face, over-the-top nature. Humor based on self-deprecation (making yourself the target of the joke) is appreciated in the West, but in Asia, instead of generating a laugh, self-deprecation will more likely elicit quiet empathy and discomfort with the unfortunate situation you are experiencing.

Differences in cultural preferences can even arise in what is visually funny. Pratfalls and physical humor play well in some cultures, but not well in others (yes in France and Italy; no in Malaysia).

It’s funny how culture plays a crucial role in determining what’s funny—and what’s not. As presenters, we can learn to be effective in telling a joke or funny story in our home country, but no amount of skill will ensure the success of a culturally inappropriate joke or humorous anecdote presented to an audience in another country. This is especially true when presentations—and the humor that should be an integral part of them—are dependent on technology. For those of us who earn a livelihood presenting today, this is no laughing matter.

Dean Foster is an expert on culture in business and frequently lectures at various universities and conferences. He is the author of many books including Bargaining Across Borders and the Global Etiquette Guide series. He is the director of his own firm, DFA Intercultural Global Solutions. Learn more at www.deanfosterglobal.com.