The Anatomy of a Joke

Learn how to structure your comedy to punch up your next speech.

In my entire comedy career I can say one thing is the secret to my success. It’s what got me on TV shows like Last Comic Standing and The Ellen DeGeneres Show and helped me win a U.S. Emmy Award for excellence in the television industry. The secret is understanding comedy structure.

The good news is structure can be taught. It requires a little work, but if you know what steps to take, you’ll get solid results! I’ll tell you my theory and then show you a great structure for punching up any speech, presentation or blog post.


The Elements of Comedic Surprise

A comedic surprise is a twist without serious repercussions. It’s important to know this because it explains why some people will not laugh at a joke. It can be structured perfectly but still flop. The reason is, the listeners feel the twist has serious repercussions. You may hear, “That’s mean!” instead of a laugh.

Comedy is subjective, and your job is to understand why your material is or isn’t effective. It is worth considering negative feedback as valid, especially if a joke is causing someone pain. Maybe the punch line can be softened, or made less aggressive toward its target. There’s no need to upset your audience!

A joke structure that works means the audience believes one thing to be true; however, it is revealed that something else is actually true. The involuntary psychological reaction is usually laughter.

The techniques for making a surprise humorous include:

In a well-structured joke, it’s not only about having a good twist; it’s about connecting the setup and punch line in a logical way.

It helps to have a buildup to the twist. Usually, the first line is informative. When misdirection is used, it lulls the audience into having a certain expectation. It can also create tension, which the twist releases. Here’s an example of a joke from Steven Wright, an American stand-up comedian:

“I’ve been getting into astronomy, so I installed a skylight. The people who live above me are furious.”

When he talks about installing a skylight, we are imagining his roof. He is luring us into thinking he’ll view the stars from his home. This makes the twist even stronger!

Now here’s the joke without misdirection.

“I’ve been getting into astronomy, so I installed a skylight.”

It’s not as funny because it’s just the setup with the twist. Without misdirection, the twist is too abrupt.

With the misdirection statement, “The people who live above me are furious ... ” we are led away from the punch line, which makes it more effective. 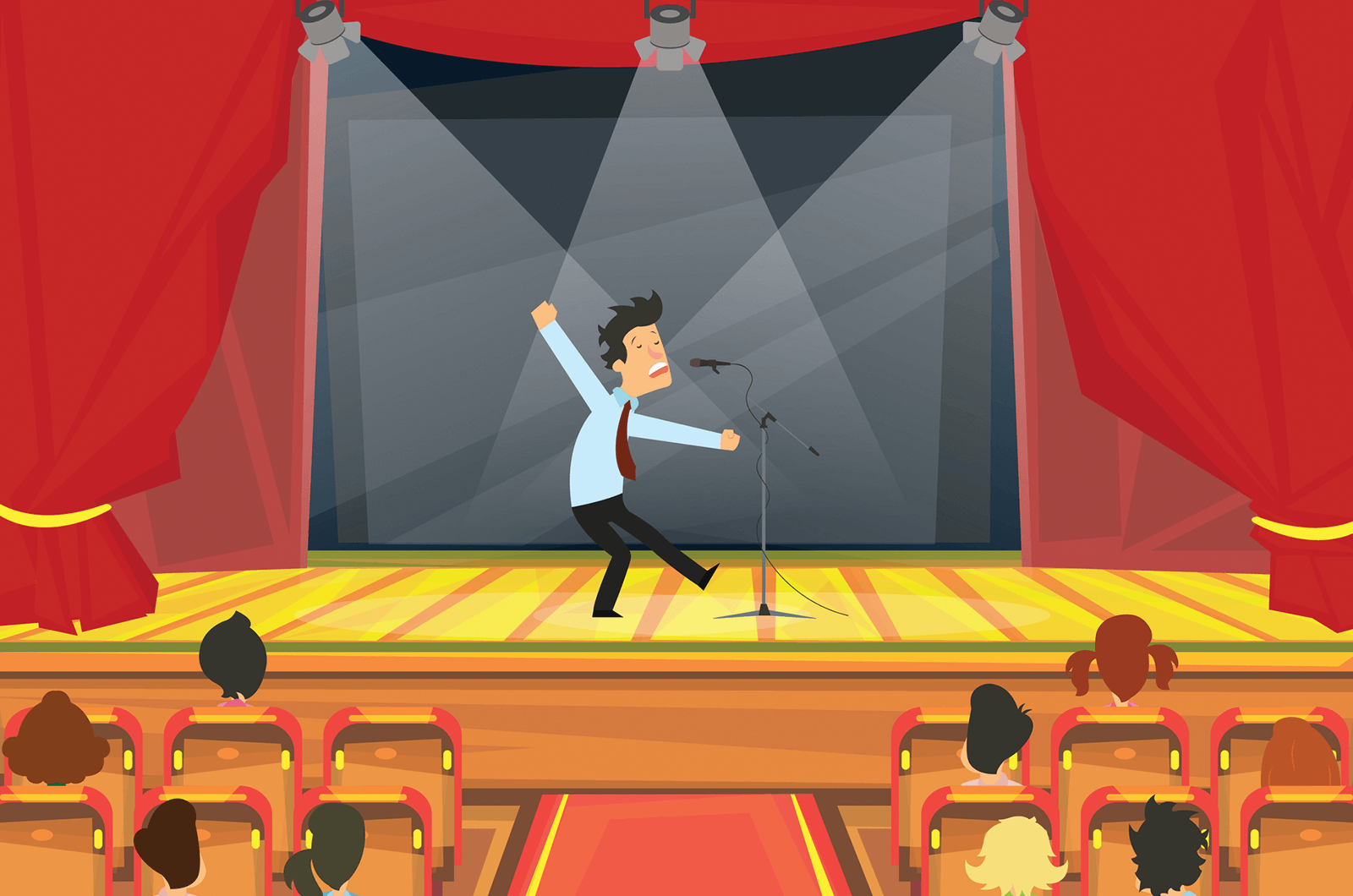 Here are two jokes I wrote using the process of misdirection:

“I had eggs for breakfast. They were fresh, they were delicious, they were Cadbury.”

“I had eggs for breakfast. Don’t you hate when, every time you’re about to take a bite, the light turns green?”

Whenever a listener hears a piece of information, assumptions are made. By identifying probable assumptions, the comedian can explore possible reinterpretations and structure the joke to take advantage of the assumptions to create a comedic surprise.

When writing a joke, always begin with the truth. Don’t try to be funny as your first step. Being funny too early often creates ideas that are overdone, or unbelievable. Start real. This will more likely pull the audience in and leave them unaware a comedic surprise is coming.

Step 1: Start with a factual, truthful piece of information. Here is mine: “I had eggs for breakfast.”

Start with 10 so you’ll make more interesting choices. Each assumption can be investigated and questioned until useful alternative meanings can be discovered and formed into jokes. Here are 10 possible assumptions:

Step 3: Investigate the assumptions. Look at each assumption and ask questions about it until you find a funny twist.

Assumption 4 made me start asking what other eggs exist besides chicken eggs, including ostrich eggs, lizard eggs and Easter eggs. Easter eggs made me think of plastic eggs filled with candy and of chocolate eggs. Chocolate eggs seemed like an unexpected alternative and a solid twist.

Assumption 9 made me investigate where else I could be eating eggs. At a neighbor’s house, in a hotel room, at school or in my car. “In my car” felt like a good twist.

Step 4: Make the joke concise, provide misdirection and put the punch as close to the end as possible.

Once I chose chocolate eggs, I used a specific brand name (the more recognizable something is, the better chance of getting a laugh). I also decided to use the misdirection of describing the eggs. I chose words that could be used to describe both scrambled eggs and Cadbury eggs. This misdirection will hopefully lead the audience so far from the revelation it will increase the impact of the funny twist. I put “Cadbury” as the last word, delaying the surprise until the last possible moment.

Like my eating eggs in the car joke, asking a question involves the audience and misdirects them into thinking about a common experience. I worded it so it seems I’m bringing up something like spilling eggs on your shirt or maybe the phone rings and interrupts you from eating. The punch here (actually a punch phrase) is revealed close to the end, enhancing the comedic surprise.

This will take some work! At first, the whole process may take at least 30 minutes. However, keep in mind:


Final thought: This joke structure can lose its impact when overused. If it becomes clear to the audience that the technique is to twist an assumption, the element of surprise is no longer surprising.

THE 6 QUESTIONS OF JOKE WRITING

Dean Lewis is a stand-up comedian who has appeared on CNN and American TV shows Last Comic Standing and The Ellen DeGeneres Show. He also won a Lone Star Emmy for writing on the comedy show DFW 10. Learn more by visiting his website.

THE 6 QUESTIONS OF JOKE WRITING

While writing a joke, ask yourself the basic Who, What, Where, When, Why and How questions, and consider the following: