Funny You Should Say That
July 2018

To do or not to do? When you make a list, there’s no question. 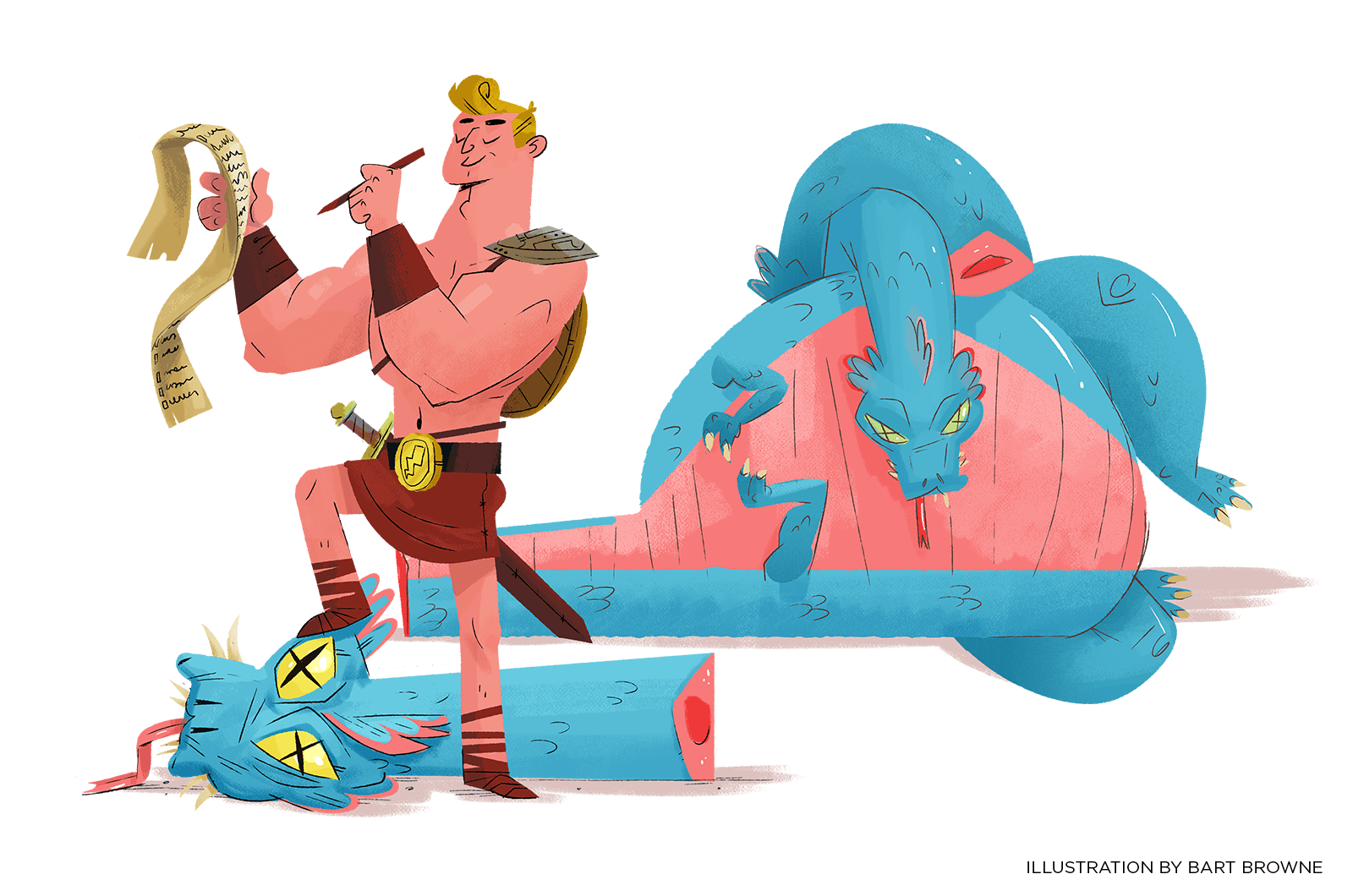 Where would the world be without To-Do lists? Well, for one thing, we might not have a world. Even the Creator had to make a list: Day 1: Light. Day 2: Oceans. Day 3: Land. And so forth.

Then there was that all-important second list when Adam and Eve, banished from the Garden of Eden and suddenly on their own, had to write down everything humankind might need for the next few billion millennia. After much theological debate it is generally agreed that the first item was: Buy clothes.

If you think I’m being facetious, great minds will tell you that I am not. Umberto Eco, for instance, the late distinguished Italian philosopher and novelist, was an inveterate list maker—not so he could remember all the ingredients for meat loaf, but so he could “make infinity comprehensible.” Think of that the next time you’re complaining about the price of tomato paste.

It’s what we humans have a desperate need to do—make order out of chaos. We have a thousand “to-do’s” whirling around in our minds at any given moment, slamming and crashing into each other like a horde of miscreant kindergartners run amok. If we can catch them one by one and pin them down (the things, not the children) we can bring form to chaos, substance to shapelessness, manageability to the otherwise unmanageable. We can feel like Hercules taming the nine-headed Hydra.

Then we can stick the list in a drawer and feel like we’ve just conquered the universe.

Not really, but you get the point: making a list gives us that all-important feeling of control. Yes, we have many things to do, but if we nail them down to a piece of paper, they seem more doable. I say “seem” because even though putting something on a list makes it 33 percent more likely you will do it, 41 percent of items on a list never get done (yes, people actually research this stuff). In other words, put “fix screen door” on your list, and there’s a good chance you’ll do it—but there’s an even better chance you won’t!

“It’s what we humans have a desperate need to do—make order out of chaos.”

Why is this? It’s because making a list isn’t enough; you have to make the right kind of list. If it’s too long, with too many items and too much time to do them, your objectives will languish like those wrinkled tomatoes that hung a little too long on the vine. For instance, “Change my life by next Wednesday” is not a good to-do item. You need to “chunk it down” into smaller, more actionable goals. For instance, “Get to work on time once this week” is a good first step. Even if you fail, you can refine it to an even easier objective: Buy an alarm clock.

Unfortunately, even if you make the perfect list, you may still be thwarted by the unknown—i.e., unexpected interruptions. You start out in the morning with your list firmly in hand, determined to start at No.1 and work right to the bottom … when a neighbor stops by to ask about your pachysandra. Where did you buy it? How much do you water it? Will it do well in the shade? At this point it becomes difficult to attack your list with gusto when all you can think of is doing the same thing to your neighbor. The Scottish poet Robert Burns may help you here. Seeing “fix hole in roof” on his to-do list, it took him four days instead of one to accomplish the task due to a Scottish Blackface ram that kept knocking the ladder over with its horns, stranding Burns on the roof. In the rain. It was then that the poet wrote his classic line: “The best laid plans of mice and men go oft awry.”

Mr. Burns’ experience notwithstanding, I strongly recommend you write a to-do list.

First, so that you may avoid the dreaded Zeigarnik effect, which posits the human tendency to remember things we haven’t done more clearly than those we have. Better to write the list and stuff it in a drawer than to be haunted daily by what should be on it. And so that you may experience the rapturous, the joyous, the inexpressible elation that only a to-do list can give you—crossing things off it.