How I pushed past challenges to save my club. 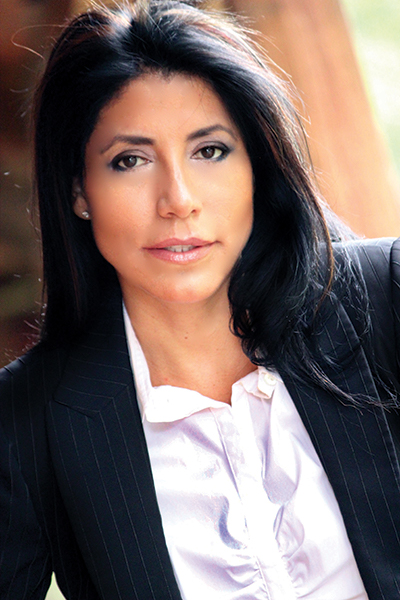 As a bilingual Latina, I didn’t have an ideal place to practice English and meet people who practiced the same customs and traditions as me until I found the Que Pasa Toastmasters in Arlington, Virginia. I joined this bilingual club, and in 2016 I was asked to serve as club president. I thought, Ay! Dios Mio, Oh my God! I had not attended many club meetings the previous year because of a job conflict, so when I heard these words they left me speechless.

I wasn’t sure if I should accept the role. But I decided it was the right thing to do, so I accepted the honor and was eager to learn by working with advanced speakers and club members. However, experienced members started leaving the club. We began to lose club officers and I started traveling out of town for my government job with the U.S. Federal Emergency Management Agency (FEMA), helping with disaster assistance.

I returned home from one work assign­ment to learn that my club had lost another officer: the club secretary, who had become “mi mano derecha” (my right-hand man). He was such a helpful and valuable officer. But he had to move out of state to take a new job.

Club membership was on the decline. At one meeting it was only me and one other member! I asked the member to be the timer and evaluator for my speech. We spoke for a few minutes after she delivered my evaluation and then we left together—10 minutes after the meeting scheduled for two hours had begun. The situation worried me, so I emailed the former club secretary—the one who had moved—to ask for advice. He replied saying that maybe it was the end for the club.

It was frustrating and disappointing to hear him say that. I thought of what Mike Storkey, then Toastmasters’ International President, wrote in a Viewpoint column for this magazine. He stressed the importance of the sixth commitment in the Toastmaster’s Promise: “to serve my club as an officer when called upon to do so.”

Today, after overcoming many challenges, our club has more than 20 members. If I can save a club, ­anybody can!

As officers, we must serve the club to the best of our abilities. So I was determined not to let this club die. I created a strategy and took quick action. My first task was to get the club officers back. I called the former club secretary and said, “I am not going to lose you.” I bought a video camera and set up Skype so he could participate via video calls.

Next, I recruited a member to create a Meetup account with me. We updated a Meetup post with current information and promptly answered any questions we received. This worked very well for us, and today nearly all our new members are recruited through Meetup.

I also took every opportunity to accept assistance from my district—District 27—with promotional and marketing efforts to increase our club’s membership. And I organized an open house. The event was a big success—it was like a fiesta!—and membership rose from eight to 13.

In addition, I still needed veteran leaders. I attended every Toastmasters event outside of my club to recruit experienced members. I went to our division’s International Speech Contest and recruited the division director. I visited our district spring conference and regained two former members, one of whom was Paul White, DTM, the founder of our club and the final member we needed to become President’s Distinguished.

Today, after overcoming many challenges instead of accepting that it was over, our club has more than 20 members. When you take action, act assertively and meet deadlines, you can overcome any challenge. Although a tunnel is dark, remember there is always a light at the end. If I can save a club, anybody can! Find some talented and experienced people to help and support you, and you can do it too.

Clelia Ayala, ACB, ALB, Area Director is a member of Que Pasa Toastmasters, a bilingual club for English and Spanish speakers in Arlington, Virginia. Originally from the Andes in Peru, she works with FEMA and is currently assisting with emergency relief efforts in Puerto Rico after Hurricane Maria.