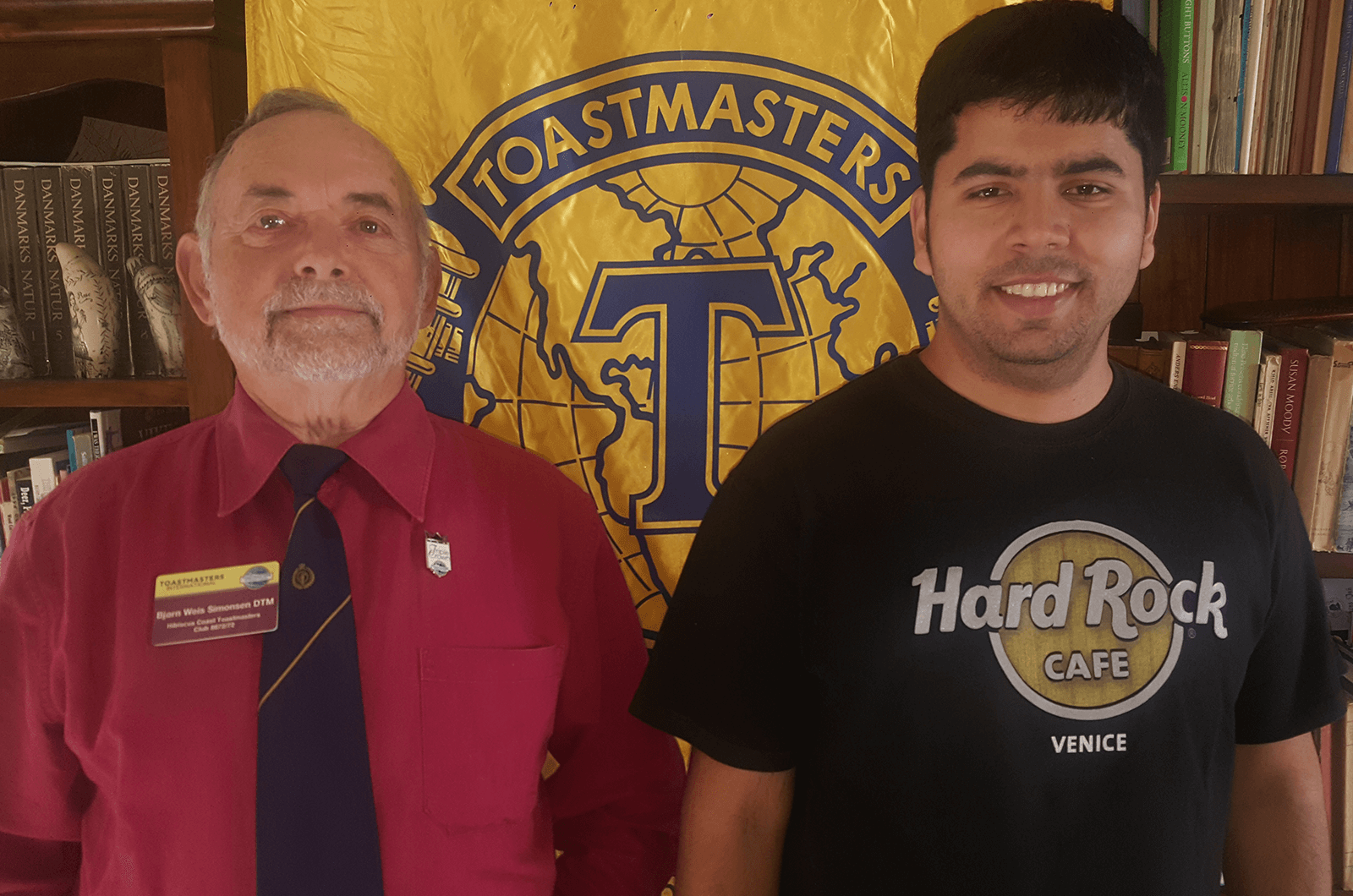 Looking for a book one day, Alexander Kuch, CC, ended up finding a mentor in Bjørn W. Simonsen, DTM, a retired teacher working at the New Zealand bookstore. An avid reader, Alexander frequented the bookstore, and the pair often enjoyed conversations about literature and world affairs.

In 1997, Alexander was adopted from Romania by a couple who took him to Germany and later moved to Auckland, New Zealand. Motivated by his challenging childhood, Alexander felt compelled to advocate for fellow orphans around the world and in his home country of Romania. Due to suffering neglect at a young age, Alexander’s verbal and social skills were lacking; it took him years of speech and occupational therapy to reach the level of his peers. Bjørn was impressed by Alexander’s persistence and passion and invited him to attend a Hibiscus Coast Toastmasters meeting in Whangaparaoa Peninsula, New Zealand.

With Bjørn’s encouragement, Alexander pursued his passion for speaking on international adoption issues and has since become a global voice for children’s rights.

How has Bjørn helped you?

When I joined three years ago, I struggled with speaking too fast and making eye contact. I felt it took me too long to improve, and, despite this, Bjørn remained patient and always encouraged me. My speaking improved dramatically as a result.

How has this helped you become an advocate?

I spoke in front of the Romanian Parliament where I shared details on my difficult childhood as an orphan. More recently, Bjørn helped me prepare a written and spoken application to Global Changemakers Forum, and I was accepted.

After leaving his home country of Denmark, Bjørn taught around the globe. What is something interesting he’s shared with you?

He taught English and biology in Africa, China and Australia. He always had a talent for inspiring students to learn. He found out later that, due to his global travels, the Danish government was following him because they thought he was an international spy!

I really appreciate his sincerity, but also his interest and talent in pushing me to achieve my full potential. I wouldn’t have been able to accomplish all this without his help. I’ve not only become an excellent communicator, but I made a wonderful friend.


For more information on mentoring, download the Mentoring manual.