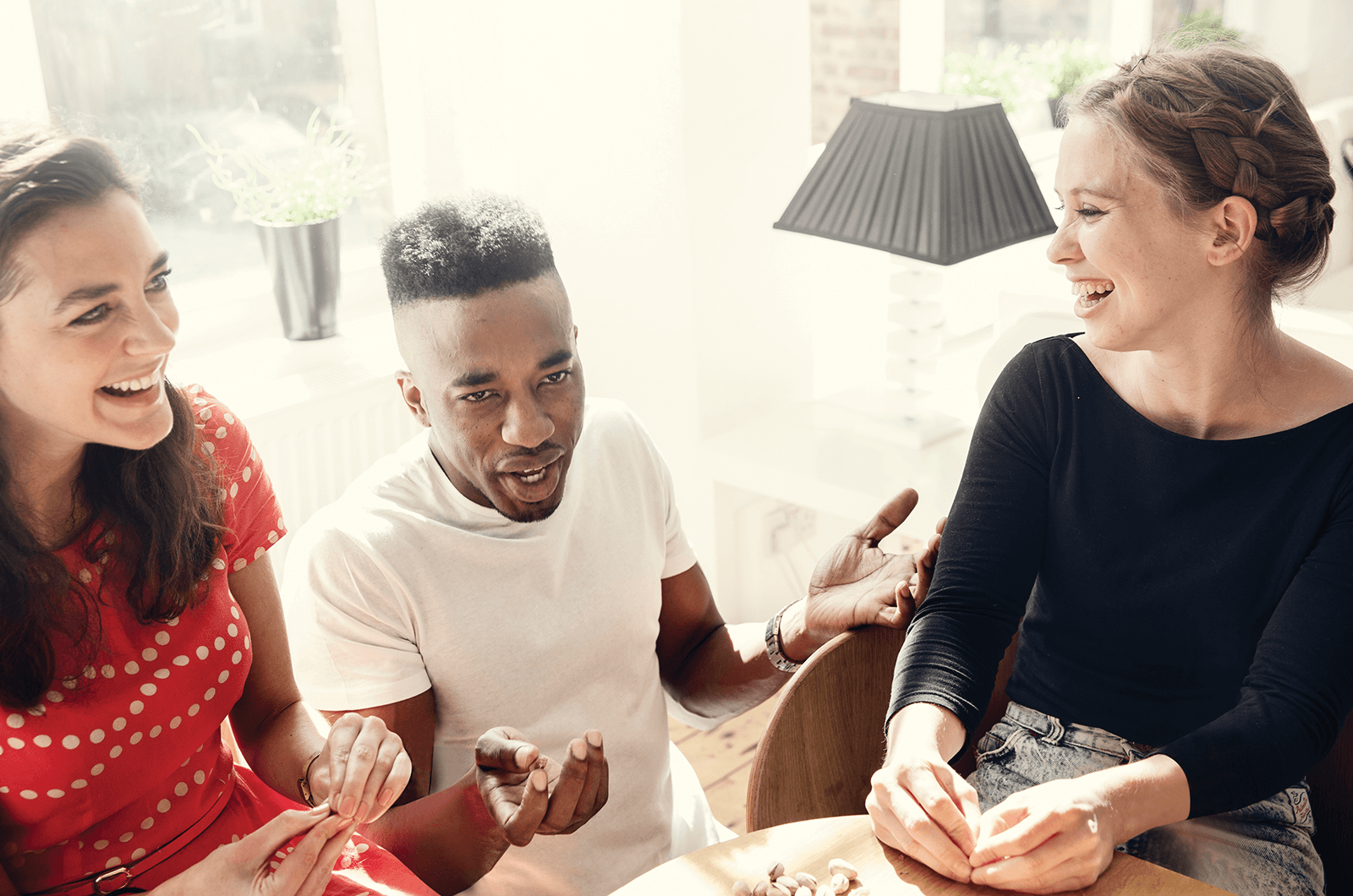 I'm not naturally the life of the party. Despite making a career writing comedy and telling jokes, I’ve spent a fair amount of my time standing against the wall, listening to the clinking ice cubes in my glass. For me, writing funny is easy—being funny on the spot is hard.

You might be surprised to learn that most stand-up comedians are introverts. The word “mingle” makes me cringe. The problem, though, is that, no matter what you do for a living, you’re often faced with situations where mingling really matters. Careers take off at networking events. Your talent proves your worth, but people provide the opportunities.

I took my first improv class at the Upright Citizens Brigade in New York City and it changed my life. Long-form improv consists of entire scenes that are made up on the spot. The longest, called “monoscenes,” can last an hour, which is a scary amount of time to be funny without a script. The experience teaches you how to listen mindfully, trust total strangers and find connections—all the tools you need to be the funniest person in the room in your real life.

Every party or work event has its cast of characters. The worst is the loudmouth who enjoys the sound of their own voice. They tell jokes as if they’re throwing darts at a dartboard. Every once in a while, they hit a bullseye, but most of the darts get stuck in the wall. Don’t be the loudmouth. In improv, the goal is to build something funny from scratch with the person you’re speaking with, and the only way to build is by listening. Longform improv is a lot like real life in that you don’t know what the person in front of you is going to stay until they say it.

Have you ever caught your mind ­wandering during a conversation waiting for your turn to speak? This is passive ­listening, and passivity and humor don’t go well together. Listen actively. Challenge yourself to focus intently on what those around you are saying. Listening helps in so many ways. First, it shows that you care, which is the foundation of being funny. Any comedian will tell you the first step to funny is getting the audience on your side. Conversations are the same. When you care about the person, you create a lighter atmosphere that lends itself to laughter.

“In improv, the goal is to build something funny with the person you’re speaking with from scratch, and the only way to build is by listening.”

Second, listening leads to thoughtful questions. Veteran improvisors know that the right question will help you move the scene along. When you’re at a social ­gathering, asking questions not only shows you’re paying attention, it changes boring discussions into conversations that are ­specific and personal. Specific, personal conversations are ripe for humor because they touch on commonality. When you learn more about what someone cares about, you create a bond. Personal connections are where inside jokes are born.

We’ve all trapped ourselves in conversations that sound kind of like this:


Them: It sure is hot outside today.

Them: Really hope tomorrow is cooler.

When you learn improv, the only way to create a satisfying, funny scene is to make active choices and move forward. You have to always ask yourself, “yes, and … ?” as in, “Yes, I agree with what you’re saying, and here’s a new way to think about it.”

Imagine how much more fun the ­conversation above would be if you decided to make active choices by expanding on the initial thought. A boring conversation about the weather could become a chance to connect.


Them: It sure is hot outside today.

You: It sure is. Let’s hold the next party in Quebec.

Them: I’m on board. This party could use more poutine.

You: And what’s a party without a good hockey brawl?


In fact, there are myriad ways this ­conversation can move away from the weather simply by expanding. The more you know about the person, the more you can interject something specific and fun. Next time you meet someone new, try to avoid dry conversation by using your imagination. Learn about them by asking questions, then expand on their response and be creative. We all learned how to use our imaginations when we were kids, and somewhere inside every stiff businessperson is a kid who wants to come out.

Tricks of the Trade

Listening and formulating creative responses will help you be funny; but once you’ve laid that foundation, you can expand on it in lots of ways. Some of these structures work differently for different people. Experiment with what comes naturally to your sense of humor.

There are other tried-and-true ways to be funny in stand-up and improv that are too risky in polite conversation. These are okay with friends and relatives you know well, but a major faux pas in mixed company.

“Somewhere inside every stiff businessperson is a kid who wants to come out.”

Anyone can be the funniest person in the room with practice, but no matter what, it’s more important to be the nicest person in the room. The good news is that being nice lends itself to being funny. Nice people are good listeners. Nice people find ways to relate to those around them. So smile. Think of good jokes and laugh when someone tells a good joke. I’ve realized that the funniest people make others feel funny, too. If that doesn’t work, count the ice cubes in your glass. That can be fun, too.

Nick Jack Pappas is a comedy writer, stand-up comedian and one of the founders of Comedywire in New York City. 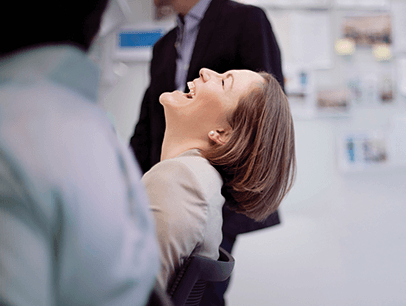 3 Steps to Adding Humor to Your Speech

If you’re having fun, your audience will too.

Pratfalls from the Platform