News from Toastmasters International
May 2017

First Pathways Translations Are On The Way

Educational materials will be available in 8 languages, starting with Simplified Chinese. 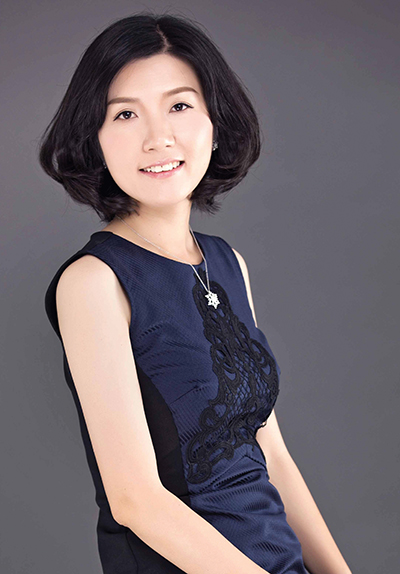 The most expansive and exhaustive translation work in Toastmasters’ history is being done on the Pathways learning experience. All materials in the new education program are translated into the eight non-English languages supported by Toastmasters: Arabic, French, German, Japanese, Portuguese, Simplified Chinese, Spanish and Traditional Chinese.

Member volunteers around the world play a major role in this massive undertaking. They are part of translations-review teams in countries where these languages are spoken. The teams help develop glossaries and review the professional translations. They ensure that the translated materials are true to both the Toastmasters experience and the local culture.

Pathways launched in February with a three-district program pilot. The districts chosen to participate were, in chronological order, 57, 27 and 51. District 51 is in Peninsular Malaysia, so to meet the needs of members there, Pathways materials in Simplified Chinese were the first translated materials made available. They became available to District 51 members once the district rolled out Pathways in May.

Eleven members serve on the Simplified Chinese translations-review team. Hailing from countries ranging from China to Indonesia to Canada, the team’s reviewers say it’s been gratifying to know their work will help improve the Toastmasters experience for fellow members.

“I enjoy working on a huge project that will shape the future of this worldwide organization and a place we think of as home,” says Jack Luo, ACB, ALB, a member of the Chengdu Yinying Trainers’ club in Sichuan, China. “It has been a meaningful and rewarding journey.”

With nearly 16,000 clubs located in 142 countries, Toastmasters’ membership has never been more diverse. That’s why the global translation effort is so important: It enables members to work in Pathways in their preferred language.

“I think the greatest benefit for members will be the opportunity to appreciate their own language through the Toastmasters program,” says Gerrie Ying, CC, ALB, a member of the Simplified Chinese review team who belongs to the Burrard Toastmasters club in Vancouver, British Columbia, Canada.

As Pathways begins a phased rollout to Toastmasters regions, the translated materials of the other seven languages will also become available in phases. The timing will be connected to the rollout order of the regions where those languages are commonly spoken.

“I enjoyed working on a huge project that will shape the future of this worldwide organization.”

For example, content translated into French will be ready in the third rollout, when Pathways launches in Region 6, which includes parts of Canada, and Region 7. German, Arabic and Portuguese materials will be ready in the fifth rollout phase, when regions 1 and 11 launch. Region 11 includes countries such as Germany, Austria, the United Arab Emirates, Saudi Arabia and Portugal.

(To view the full rollout schedule, go to the Pathways learning experience webpage.)

Base Camp is the online learning management system for Pathways. The system’s user interface is in English only; however, it will include reference guides and FAQs in all eight languages explaining how to navigate Base Camp. All the projects in Base Camp will be available in the eight languages.


Taking It to Another Level

Toastmasters began expanding its translations efforts in 2014, when it launched the Translation Review Program. It was established to improve the accuracy and quality of the organization’s translated materials and the consistency of translations across all languages. Review teams composed of members from around the world were formed, and they began reviewing translated manuals and other educational materials. Eventually they started work on the Pathways project.

The translations process involves the work of professional translators and editors, project coordinators, linguists, and editorial, design and technical personnel at World Headquarters and around the world. Hundreds of items online and in print are being translated, including learning projects, interactive materials, quizzes, tutorials and even videos.

Each of the eight review teams has a dozen or so members, all of them experienced Toastmasters proficient in English and their native language. All volunteer their time. A Chief Reviewer leads each group, and because there is so much content to handle—including hundreds of Pathways-specific terms—the teams have now added one or more Lead Reviewers to assist the Chief Reviewer.

“Pathways’ greatest benefit to members is “they will be able to learn and practice different types of must-learn skills in Toastmasters, which will contribute to their professional and personal development.”

The Pathways materials are all professionally translated before they go to the review teams. The reviewers make sure the content and terminology sounds natural in the native language and authentically reflects the Toastmasters culture. For example, they have to constantly ask themselves, Does this sound like something a member would genuinely say at a club meeting?

Such rigorous examination of language issues leads to lengthy debates and discussions among the reviewers. They say the process is intellectually stimulating.

“I believe in the value of learning something new,” says Liana Kwan, DTM, a Simplified Chinese reviewer who belongs to the Medan Advanced club in North ­Sumatra, Indonesia. “There is always a value that comes from the need to research and understand the source and its meaning in order to translate it in the proper manner.”

Fellow team member Gerrie Ying says, “I enjoy working and connecting with ­Chinese translators and proofreaders around the world, discussing linguistic points and polishing the materials.”

In addition to Pathways materials, other Toastmasters materials have been translated into the eight languages, and more are still to come, including the guidebooks How to Build a Club and A Toastmaster Wears Many Hats.

The contributions of members are vital to the translations process. And when it comes to Pathways, reviewers say they are excited for members to experience the new education program.

Yingdan Liu, DTM, Chief Reviewer for the Simplified Chinese team, says she believes Pathways’ greatest benefit to members is “they will be able to learn and practice different types of must-learn skills in Toastmasters, which will contribute to their professional and personal development.”

This article has been updated from its original version.

See photos of the team members and read what they say about their experience as ­volunteer reviewers.

You can also read about the other translations-review teams on this webpage.