Is your present tense? Is your voice active? Is your mood subjunctive? 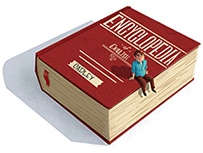 If you want to appear smart—and I mean really smart—don’t trot out your knowledge of arcane facts, quotable quotes, and obscure books. Just wait for someone to speak and then say, “Well said. You managed to use the pluperfect tense in the same sentence with a split infinitive and a dangling participle. One doesn’t hear that very often these days.”

I say that because grammar is a lost art and those conversant in it are considered shamans. I would be surprised if they still teach it in school. In the years of my education we were taught to view grammar as “that department of the study of language which deals with its inflectional forms or other means of indicating the relations of words in the sentence, and with the rules for employing them in accordance with established usage” (Encyclopedia of English, 1947). I would imagine at this point modern curricula have boiled that definition down to Talking 101.

But we are Toastmasters. We don’t just talk, we communicate—with precision, clarity, and brevity. And for that, we need to know the rules of grammar, however superfluous they may seem to lesser minds. Hence, for those of you who may be a little rusty on your verb conjugations and noun declensions, I offer you a brief refresher course.

The basic building block of written and spoken language is, of course, the sentence. The shortest sentence is any imperative (Go! Stop!) where the You is understood. The longest is indeterminate. Several vast sentences have been put forth—one well over 1,000 words—but nobody knows for sure which is the longest because nobody has had the patience to finish them.

Sentences can be declarative (making an affirmation), interrogative (asking a question), imperative (giving a command) or exclamatory (any of the above emphasized in italics, or spoken REALLY, REALLY LOUD). My favorite book on grammar is the aforementioned Encyclopedia of English, edited by Arthur Zeiger. I like him because his examples have a penchant for the morbid. Discussing the classifications above, Mr. Zeiger illustrates them thusly: Affirmative: Men must die. Interrogative: Must men die? Imperative: Let the men die. Exclamatory: The men must die! Warming to his subject, old Arthur goes on to explain that one could also say, The men asked, “Must we die?” He ordered, “The men must die!”—and both sentences could be declarative since they are essentially statements. I doubt if the men involved got quite as much pleasure from this as Mr. Zeiger did, but at least they had the consolation of knowing their deaths were grammatically correct.

Complete sentences usually have a subject (who or what), a predicate (what who or what did or is doing), and an object (what who or what did or is doing it to). Example: The man kicked the dog. The man is the subject, kicked is the predicate and the dog isn’t very happy. Of the three, the predicate, or verb, is the most important because it carries the action. Or not. Verbs have an active voice—“Honey, I forgot to take out the garbage”—and a passive voice—“Honey, taking out the garbage was forgotten.” The latter is also known as the passive-aggressive voice because it lets you be bad without taking responsibility.