"Mr. Szücs, I have good news and bad news for you.”

With those words, Laci Szücs started his 2016 semifinal speech in front of the International Convention audience in Washington, D.C. He didn’t know it yet, but it was the beginning of the end of his contest journey—a six-month adventure of speaking, meeting people and learning that took him to six countries. 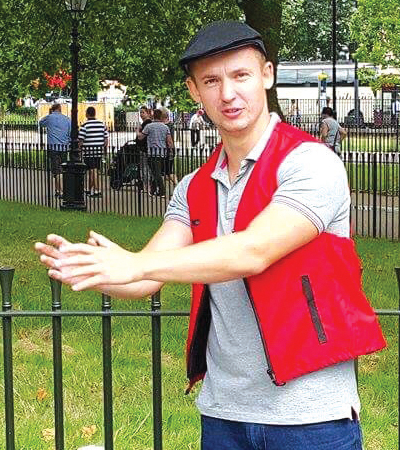 After winning the club portion of the International Speech Contest at Skylarks Toastmasters club in Budapest, Hungary, Szücs continued to win at the area competition in Budapest; the division level in Vienna, Austria; and the district contest in Timișoara, Romania. Like other competitors continuing to the International Speech Contest semifinals at the convention, Szücs took his speech on the road to test his message and fine-tune his delivery. In addition to practicing at other Hungarian clubs, he spoke to a club in Berlin, Germany, and at several events in London. He then flew to the United States before the convention and spoke at three clubs in Virginia. Along the way, he worked with his mentor and a team of supporters. He also received advice from 2000 Toastmasters World Champion of Public Speaking Ed Tate.

After all that work, you might think Szücs was devastated when his journey ended at the semifinals. But something happened during this whole process, and Szücs and many other contestants will tell you that even though they didn’t win the competition, they did indeed win a great deal from the experience.


The moments when we feel ­connected matter the most

Even compared to when Szücs was competing on the Slovakia national boxing team, those six months leading up to the semifinals—filled with successes, failures and obstacles—comprised the most intense period of his life. He says, “One day, I felt like the king of the world. The next, I felt like my speeches and I barely mattered.” At first, the second feeling dominated. Then he started to appreciate the moments when he faced big and unknown challenges, like speaking in front of 700 people at the district contest. Szücs, who joined Toastmasters in 2013 to cope with his then-new position leading 40 engineers, learned to channel the overwhelming emotions and sensations—fear, stress, adrenaline, excitement, encouragement and more—into his speech to connect with others and drive his message home. The moments he remembers most are when he felt that connection with others—even with himself.


The competition isn’t with other speakers; it’s with your own brain

Leading up to the 2012 International Speech Contest semifinals, Carol Carter, DTM, a member of three clubs in British Columbia, Canada, vowed to never again participate in a speech competition. Before joining Toastmasters, she had a debilitating fear of being judged—she had always played it safe and waited to feel “ready” and “worthy.” Speech contests changed this.

Six months of crafting and delivering the same seven-minute speech and welcoming all feedback helped her discover new strengths. During this period, she also persevered through whiplash, a concussion and the death of her father. Then, one week before the semifinals, her stammer returned along with searing self-doubt. Pushing past this new level of fear was worth it, says Carter, a workplace communication and leadership trainer.

“I have only moved forward and grown when I’ve taken a deep breath and a leap of faith, no matter how unprepared or unworthy I felt.” When asked after the semifinals if she would compete again, her immediate answer was, “Yes! Of course!” 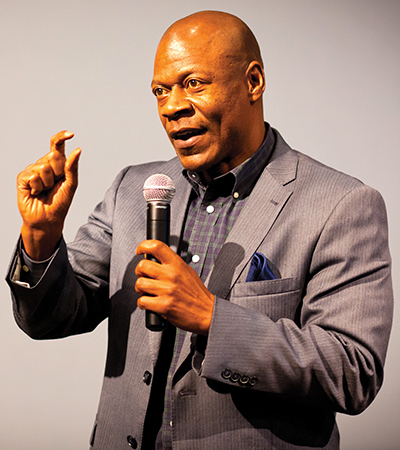 As a former U.S. Marine, Joel Dawson, DTM, from Evangeline Toastmasters in Lafayette, Louisiana, excelled at mental toughness. He says, “I was totally prepared for the pressure of competing for the world title.” Approaching the 2016 semifinals at the convention, he thought of his fellow competitors as “enemies.”

However, when everyone arrived for the contest briefing, their “war faces” weren’t that of people preparing for battle. They were full of smiles. Everyone became friends. On the night of the competition, nothing had changed: “It wasn’t like any competition or battle I knew. Everyone was still friendly. The handshakes we exchanged the night before became hugs!”

Dawson genuinely wanted everyone to do well and was actually cheering for others. “I was able to enjoy watching friends compete at the highest level. It’s a memory as well as a lesson I will cherish for the rest of my life!"


Speaking to help others 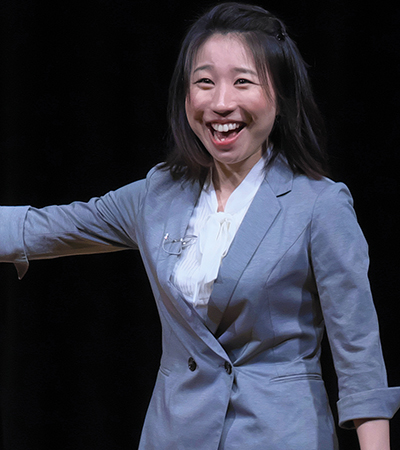 Reiko Masui from Tokyo, Japan, received an email after she won at the district level of the 2016 contest. The writer of the message said Masui’s speech inspired his mentee to pursue her dream of studying English in the United States. The mentee was about to give up until she heard Masui’s speech at the district conference. The email changed Masui’s understanding of public speaking, because she realized the only reason to give a speech is to help someone.

“It’s not about winning or even being confident. It’s about giving,” she says. “There is always someone who needs to hear your speech. Your mission is to believe that and uplift that person.”

During his journey to the 2016 semifinals, Chad Murray of Freeport, New York, spoke at a different Toastmasters club every night and was constantly tweaking and rehearsing his speech. He learned that the days when he most wanted to stop were some of the most important ones. “There were days when I wanted to say, ‘I’m staying home tonight,’” Murray recalls. It was on those days when people would tell him how much his speech resonated with them and gave them strength.

“Choosing to overcome the voices of doubt, fear and comfort allowed me to push myself to compete with the best,” he says. “It gave me strength.” Like Masui, Murray valued the opportunity to serve people in a way that empowered them in their moments of weakness.


It’s not about trophies

After winning her district contest, Josephine Lee didn’t know what to expect from last year’s convention. “I stepped into the semifinals briefing and something interesting happened,” says Lee, a member of two clubs in Southern California. “We all found our seats, introduced ourselves and immediately started joking around and connecting.” Everyone was warm and supportive, she notes. Just before the contest, the contestants were dancing backstage, taking pictures and having a great time. Even after the contest, they all stayed in contact.

“It’s not about winning or even being confident. It’s about giving. There is always someone who needs to hear your speech. Your mission is to believe that and uplift that person.”

Lee, who advanced to the final round of the competition and finished in third place, says this powerful connection has stayed with her. “I had the most incredible time meeting Toastmasters from all over the world. The trophies are nice, but the best parts were the memories and friendships I formed for a lifetime.”

Competitors in Toastmasters contests will tell you that they gain so much from the experience, regardless of good news or bad news when the results are announced. They’ve been given the opportunity to feel connected to others, push their own limits, be excited for the success of others, help each other, give of themselves and gain knowledge, understanding and friendships—that’s what makes the journey worthwhile. They continue to compete and encourage others to do so too.

“Looking back on my trip to Washington, D.C., I can say these were some of the most memorable moments of my life,” Lee says. “I gained eight lifelong friends from all over the world. I would say that’s winning.”