Pathways Off to a Strong Start

Shyam Nath, ACB, recently started working in the Pathways learning experience. As the director of technology integrations for GE Digital—the software arm of General Electric—in San Ramon, California, he is a savvy judge of all things technological. 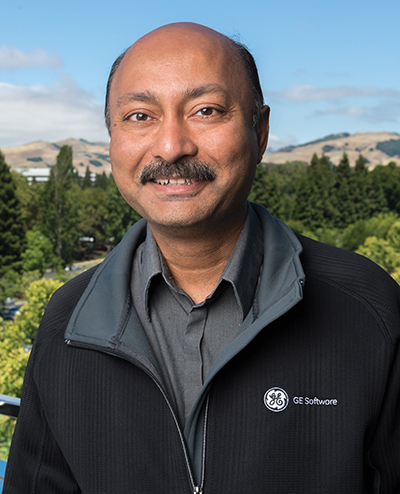 Happily, when it comes to Toastmasters’ new education program, Nath’s verdict is a positive one. He offers high praise for Base Camp, Pathways’ online learning management system. The “self-service” aspect of Base Camp makes the education process more efficient, he says, because the system guides you through the Pathways journey step by step, providing many useful learning tools along the way.

In a world of ever-advancing technology, the new learning experience puts the organization on the right track for the future, says Nath. “Pathways is the digital transformation of Toastmasters,” he says.

Nath, who belongs to a General Electric corporate club, is a member of District 57 in Northern California, the first district eligible to enroll in Pathways. In February, Toastmasters International began a three-district pilot program: After District 57 started off the program that month, District 27 in the Washington, D.C., area followed in March, and District 51 in Malaysia was scheduled to start next.

“Pathways is the digital transformation of Toastmasters.”

In late July, Pathways is scheduled to launch in Region 14, the start of a phased rollout to regions around the world. Pathways education materials will be translated into the eight non-English languages sup­ported by Toastmasters International: Arabic, French, German, Japanese, Portuguese, Simplified Chinese, Spanish and Traditional Chinese. To see the order in which regions will roll out and translated materials will be available, view the rollout schedule on the Pathways learning experience webpage. 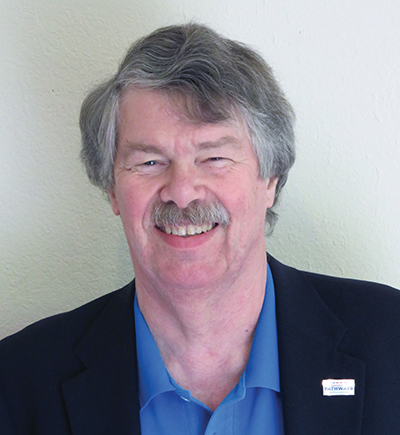 District 57 members participating in the pilot have many good things to say about Pathways. Among those working in the program is George Marshall, DTM, a dedicated Pathways volunteer from the start. The 14-year Toastmaster, who is working in the Presentation Mastery path, says he is impressed by the program’s instructional design. The projects are well-structured, engaging and relevant to members’ needs, he says.

“I think it shows a lot of thought went into the development of Pathways,” says Marshall, a retired marketing executive. “When you dig into it, you can see that the Pathway design team drew heavily on the current education program, but also added a lot of new projects that did not exist before, like ones on social media, podcasting and blogging.” He also appreciates the mobile accessibility of the program, noting that he’s worked in Pathways on a computer and a tablet.

While Marshall is a veteran Toast­master, Annie Li is a new member. She joined at just about the time Pathways rolled out in District 57, so this is the only education program she’s known in Toastmasters. “I think it’s great,” she says.

“I think the likely result will be to raise the quality of mentoring consistently across clubs.”

A member of two clubs, Li says the Pathways Assessment was valuable. When members first enroll in the program they take an assessment, in which they answer a series of questions about their skills and goals. Based on their answers, they receive a recommendation for the best path to work in, although they are not required to choose that one. (The program has 10 paths—with titles like Motivational Strategies, Leadership Development and Persuasive Influence—and a minimum of 14 projects in each path.) Li is working in the path recommended from her assessment results: Innovative Planning.

“We know that Toastmasters is incredibly vital to all sorts of communication, but being able to pinpoint exactly what you’re trying to accomplish with your public speaking at least gives you a road map, and a starting point, so you can develop [those skills] and add on to them along the way,” says Li, who works in the financial industry. 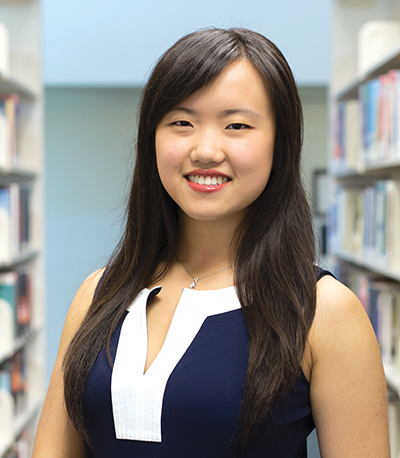 Pathways Guides and Ambassadors—two member-volunteer groups who help other members learn about Pathways—team up to visit clubs and explain how the program works and the many ways members can benefit from it. Marshall is a District 57 Pathways Guide and also serves as its Pathways Guide Coordinator. He says club visits went well in the district, with members responding enthusiastically to the Pathways presentations.

“It’s been a more positive response than what I expected,” says Marshall, who is also an Ambassador. “I expected more of the ‘Why do we have to change?’ feedback.”

A member of three clubs—including an online club—Marshall says one of the highlights of the new education program is an improved mentoring program, which includes a series of mentoring-focused projects. “I think the likely result will be to raise the quality of mentoring consistently across clubs,” he says.

Marshall is also the lead producer of District 57’s own television program, Toastmaster Time, where members give speeches and receive evaluations, just like in club meetings. On a recent episode of the 20-year-old program, Nath delivered a Pathways speech—a first for Toastmaster Time. His speech was from the “Using Descriptive Language” project, an elective in several of the paths. Nath, who is working in the Dynamic Leadership path, spoke about demystifying the “internet of things.” Marshall was his evaluator.

The Pathways Assessment “gives you a road map, and a starting point, so you can develop [particular skills] and add on to them along the way.”

Marshall and Nath—who is also a Pathways Guide— note that although most District 57 members are pleased with what they’ve seen of the Pathways projects, many still want to work in the current education program for a while, eager to complete education awards they are working toward. The current and new programs will run concurrently for a minimum of 24 months after all districts have been included in the program rollout.

A number of District 57 members talked about their positive Pathways ­experience in the testimonial video. In the video, Patricia Gray, DTM, says, “What I like best about Pathways is the fact that it’s much more customized to what you may want to get out of Toastmasters, what your goals are.”

Naomi Takeuchi, DTM, adds, “There are 10 different paths. It’s amazing how much opportunity there is for the future.”