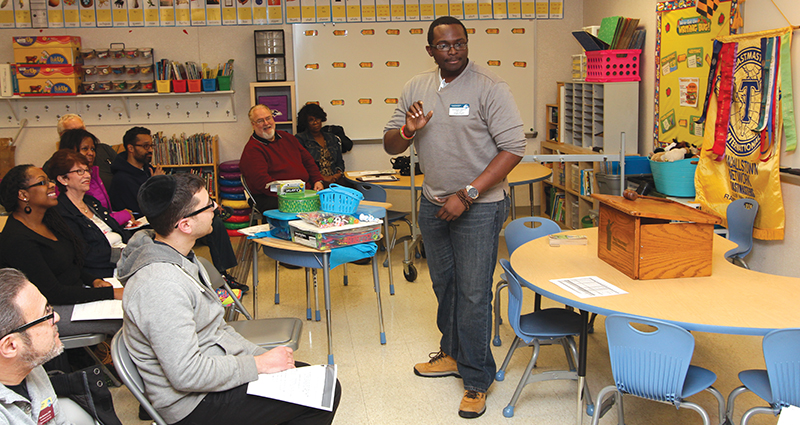 The author’s Toastmasters club is a widely diverse group that remains unified when speaking about controversial topics.

It was at our January 18 club meeting, a couple of days before the inauguration of U.S. President Donald Trump, that the thought hit me: Our country, the United States, had just been through one of the most rancorous, divisive political election seasons in recent memory. Yet I couldn’t recall a single incident when political tensions and divisions had bubbled to the surface during our meetings.

It’s not that we’re a politically monolithic club, by any means. I haven’t taken a poll, but I imagine our 30 or so members are probably split down the middle in terms of being liberal or conservative, Democrat or Republican. And I’m sure we have a few Independents, too.

We are diverse in just about every other way, as well: Our Baltimore, Maryland, club has young adults and octogenarians. Catholics, Protestants, Muslims, Hindus and Jews, among others (and probably a few folks who don’t identify with any formal religion). Doctors and blue-collar workers. Executives and students. People who trace their ancestry back to Africa, Asia, Europe or South America. Some who were born and raised right here in Baltimore and others who arrived in the U.S. from lands far away only a few years ago.

Yet, somehow we all come together every other Wednesday night united in purpose and spirit. We are a true reflection, I believe, of the melting pot that is America.

The topics of our speeches and presentations, as at most Toastmasters clubs, are themselves diverse. And yes, they do occasionally touch on politics. For example, one member recently brought up Colin Kaepernick, the National Football League quarterback who sparked wide controversy in the U.S. by not standing during the national anthem, as an expression of protest against racial injustice. Talk about hot topics! But this member, as is typical in our club, displayed discretion and good judgment. He made his point appropriately, without inciting debate—or arguments—and without alienating anyone in his audience, regardless of where they may have stood on the issue.

And just the other night, our Table ­Topicsmaster made a reference to President Trump in his introduction. In some settings, just mentioning the new president’s name—even in a neutral context—seems enough to set off a ruckus. I’ve seen it happen in the workplace and at family gatherings. But notably, and thankfully, no such scene ensued at our meeting. Maybe the Toastmasters format and culture engender an extra degree of tolerance, respect, civility and open-mindedness to topics of discussion.

Toastmasters International on the whole does not shy away from controversy. The rules don’t say to steer clear of politics, sex and religion, although many clubs, especially in countries outside North America, choose to do so. Learning how to address controversial topics appropriately and effectively is a valuable part of a public speaker’s education. At the same time, individual clubs may establish their own guidelines to suit their particular situations.

In an excellent article that appeared in this magazine in April 2012—titled “You’re Speaking About What?!”—Ruth Nasrullah, ACB, ALB, of Texas offered tips on “how to make controversial speech topics work for any audience.” Her bottom-line message: “Don’t let sensitive topics scare you off. The Toastmasters program can help you master speaking about them.”

I hope, for the good of my country, that our divisions heal. Politics will always ignite strong passions and vigorous debate. As long as those debates stay within the realm of respectful discourse—and do not lead to violence—it’s all good. That’s what democracy and freedom are all about.

Society at large can learn from Toastmasters. We can be diverse, in our backgrounds and our views, but unified. We can sound different notes, yet be in harmony. I am proud of my club because it embodies this quality. As Toastmasters, let’s spread this mindset. Perhaps it’s what the world needs most.