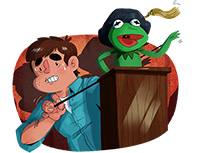 It’s graduation time. Millions of students are celebrating the completion of their degrees—and millions of parents are sending “Thank You” cards to their financial advisors for keeping them out of bankruptcy court in the process. I’ve heard that some colleges actually have a roped-off area on the commencement grounds where travel agents are standing by to help Mom and Dad take their first vacation in four years. Clap for the kid, take the pictures, book the cruise.

But first comes the commencement address, otherwise known as The Long Goodbye. This time, however, it’s not about math or biology or history. It’s about life—specifically, what the speaker believes the graduates should do with each of theirs as they move on to “the next chapter” (which, by the way, is titled “How to Make Your First Student Loan Payment”). It’s a hard gig. The speaker must stand before a large audience of young people who are waiting to party their faces off … and talk for 15 minutes about the meaning of life. This is why commencement speakers are chosen with such care. They must be successful and interesting, but not controversial. The last thing you want on graduation day is for the student body to rise up en masse shouting “war criminal!” at the person behind the dais. This is not what the grandparents came up from Florida for. Schools compile lists of potential speakers and often invite the students to comment during the selection process, so as to avoid any unpleasant scenarios like the one above. Still, there is never complete agreement. Even the Dali Lama got some thumbs down from a university selection committee. What did he do wrong—smile too much?

It is for this reason that I’m throwing my hat into the ring. I may not be famous but I can absolutely guarantee a 100 percent controversy-free speech. This is because I have studied all the great commencement speeches since 1774, as catalogued by America’s National Public Radio, and I have taken careful note of the common themes. These are proven, time-tested words of advice that cannot go wrong.

Topping the list is Don’t Be Afraid to Fail. This always gets a round of applause because that’s exactly what everyone in the audience is afraid of, including the parents, who didn’t shell out a hundred grand to produce a failure. Giving the grads permission to fail is like saying: “Don’t worry. If you don’t get a job you can move back home”—a reassuring message, to be sure. Another related theme is Take Risks. Safe to say, the young men and women in the audience have, throughout their four years away from home, taken more risks than their parents would care to know about. So this is a concept with which the graduates are thoroughly familiar. Likewise with the advice to Have Passion, for reasons we really don’t need to go into.

Another fail-safe admonition is any variation on the Be Yourself angle—e.g., Be True to Yourself, To Thine Own Self Be True (quoting Shakespeare never fails to impress) or my personal favorite, Be the Best Version of Yourself. This theme is near-universal in the great commencement speeches, and for good reason. It resonates instantly with an audience that is wondering just what they are going to be, and here is a respected authority figure telling them it’s easy! Just be yourself! The implication is that this is precisely how the successful person on the podium got to be the successful person on the podium. But … is our distinguished speaker being a tad disingenuous? Did he or she really scale the heights of success without compromising any personal principles, ideals, ethics or values along the way? Better to say, “Don’t sacrifice your values. Just bend, twist and distort them until you get enough money and power to tell everyone to go take a flying leap. Then you can afford to be yourself.” But then again, why bother young minds with confusing details? And Be Yourself—When You Can Afford It doesn’t have quite the same ring.

If this doesn’t convince a university to hire me, I can recommend one other proven alternative: Kermit the Frog. Kermit gave the commencement address at Southampton College in 1996. The theme was: Be a Leader—Not a Puppet.