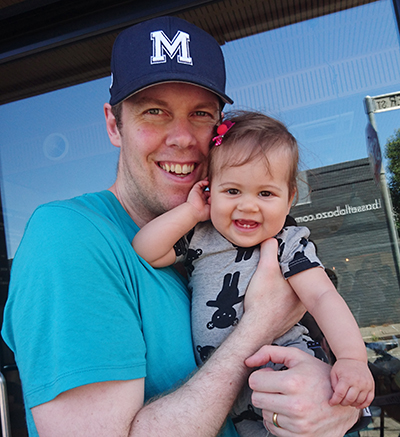 How Toastmasters Made Me a Great Dad


Caring for babies comes with a host of challenges for new parents, but unlike in Toastmasters, there are no manuals to follow. Toastmasters has helped me in my professional development but as a bonus, it also made me a great dad!

When I’m with my daughter, Zoe, all my Toastmasters skills are on display. My Table Topics training comes out when she points at a random object and expects an on-the-spot explanation. My vocal variety oscillates between highs and lows as I bring characters like Miss Piggy and Hippo to life before her eyes. And anything within her grasp becomes a visual aid with which I can teach, entertain or distract. I get the same joy and adrenaline rush in the day-to-day moments with Zoe as I get from an invigorating Toastmasters meeting. The only difference: My energy needs to last much longer with her.

My daughter has also taught me how to be a better Toastmaster. My speaking has improved as I incorporate more emotion into my talks and I am better attuned to listening and observing things because of her. I’ve collected amusing anecdotes, pondered life changing decisions and made lifestyle adjustments—all great material for new speeches.

In parenting there are no ribbons, awards or applause for completing a task, but it is such a rewarding experience, full of laughs and tender moments. So thank you Toastmasters for teaching me not only speaking and leadership skills, but also providing me a loose parenting manual. And thank you Zoe for teaching me what life is all about.


Mother Teresa said, “I alone cannot change the world, but I can cast a stone across the waters to create many ripples.” This saying rings true for any Toastmaster who has taken part in a Youth Leadership program (YLP) to mentor and foster the next generation of leaders.

I coordinated the first Toastmasters YLP at the Victoria Island Junior Secondary School located near my home in Lagos, Nigeria. My club, the DA Toastmasters, served as a sponsor.

Twenty-five students between the ages of 11 and 14 participated. They initially found it challenging to prepare their speeches and play roles, but they became increasingly confident as the program progressed. During the first election of officers, the students were amazed that they could be elected as leaders. This awakened a remarkable awareness in them as they realized they one day could actually become leaders in their families, societies, nation and world. What a rewarding and fulfilling experience for me to see!

The YLP is a great tool for self-discovery. It offers our youth the opportunity to kick-start their innate potential. The inconsistency of good leadership that has lingered in our world for centuries can be curtailed by training tomorrow’s leaders today. 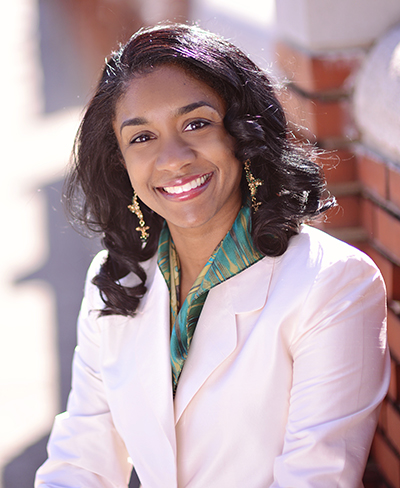 Shortly after receiving a master’s degree from Tulane University’s A.B. Freeman School of Business in 2004, I started my own company—an operations management firm specializing in business infrastructure.

Almost 11 years later, I joined Toastmasters. Since then I have held many roles in my club, but perhaps my biggest role to date came in September 2016 when I was commissioned by the chief strategy officer of a publicly traded company to help facilitate a strategic growth planning meeting for the company in Cancun, Mexico. It was particularly important for the meeting to flow smoothly since six presentations were planned for the board of directors in one day.

Leveraging my Toastmasters skills, I monitored the flow and timing of each presentation while simultaneously recording meeting minutes. This included helping to: 1) craft the timing of each presentation for the agenda, 2) explain the timing rules at the beginning of the meeting, 3) monitor each executive’s timing as they presented and 4) give visual cues to indicate when time was running short.

The meeting flowed extremely well, with the board remarking on how efficiently the information was presented. Timing was everything! Thanks to my club’s reporting and evaluation methodology, I was able to structure the final report in the form of “what I heard, what I saw and what I felt,” along with the timing of each executive’s presentation and tips for improving the presentations and overall meeting.

The protocol used to assign, monitor and report on timing will now be used for future executive meetings. A precedent has been set. And I have Toastmasters to thank for this very satisfied client! 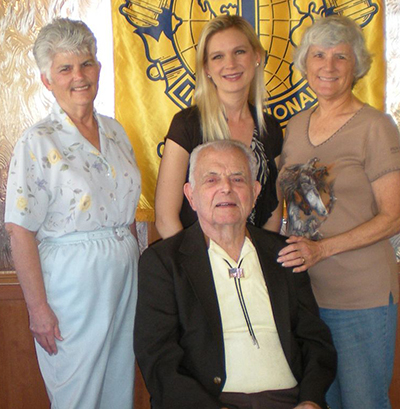 Leland Schwartz surrounded by (from left) his daughter Ruthie, granddaughter Anna and daughter Ali in a photo taken before his club rebranded.

Leland (Lee) Schwartz was a beloved Toastmaster. Those of us in the Covina Breakfast Club have warm and vivid memories of this kind-hearted man, who died December 5, 2015—at the age of 100.

According to his family, Lee joined a club in Inglewood, California, in 1949 and remained a Toastmaster for nearly 65 years! He belonged to several different clubs in California over the years and served as a club officer many times. Trained as an engineer, he worked for aerospace firms for nearly 30 years and started a Toastmasters corporate club at General Dynamics when he worked there. A former college instructor, Lee was certainly like a teacher in Toastmasters, patient and supportive and always happy to help. Lee, who joined the Covina Breakfast Club in 1994, gave speeches about road trips his family took when he was a child and about his original home, which has been designated a National Historic Site, in St. Louis, Missouri. One club member was so intrigued by his speech that he traveled there to see the house for himself. Lee’s wife of 69 years, Lois, was—before she died in 2009—a longtime member of the Covina club. His daughter Ruthie Hennies has also been a longtime Toastmaster. Lee was still attending the Covina Breakfast Club meetings in his late 90s. As he became more fragile, his daughter Ali brought him to the meetings and helped him write his speeches. But he still delivered the speeches on his own—and charmed us with his sweet spirit. All of Lee’s Toastmasters friends will miss him greatly.