How Toastmasters skills apply beyond the club. 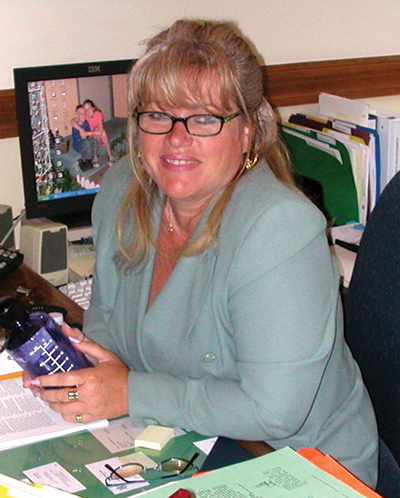 Sigh, My Mom’s a Toastmaster!

So you think it’s hard to be a Toastmaster? Try being the kid of one. When my 8-year-old daughter’s class was learning how to debate, she came home from school one day and asked, “Mum, what’s a good reason for a 13-year-old to use a gun?” Motherly instincts responded, “There is no good reason!” With a sad face she explained to me that was the issue she had been assigned to defend. I assured her that Toastmaster skills would help her through the assignment and I would teach her how to research, write and present her debate.

After some web surfing, we discovered that Olympic athletes were eligible to compete in shooting as young as 14 years old. Common sense then dictated that Olympians would begin training much earlier, and biathletes would, by necessity, have to start shooting at a fairly young age. I contacted the coach of the Canadian biathlon team, who assured me that the training for the young biathletes was so safety oriented that Olympic biathlon sites had only a first-aid attendant, whereas the hockey arenas had ambulances lined up outside waiting for injuries.

After completing the research, I helped my daughter with the structure of her presentation and her speech performance. She memorized the openings and conclusions of her presentations so she could maintain eye contact with the judges. She practiced her inflection and body language.

Not only did she win the debate easily, mostly due to the overconfidence of her opponent, but she earned an A. When a classmate congratulated her by saying, “Merrick, you got an A, that’s a really big deal!” My daughter responded with a sigh, “Dana, my mother’s a Toastmaster. If I didn’t get an A, it would be a really big deal!

As I faced a crowd of over 100 business professionals, I delivered my ninth prepared speech in celebration of National Small Business Week to chamber of commerce members in Pensacola, Florida. Just one year prior I had joined Toastmasters to combat my speaking nervousness. Now I was commanding the audience with a self-assured smile.

I began my journey with Toastmasters simply to gain confidence, but my outlook soon changed and I had a new desire to not only improve myself but also to actively engage in my community.

After I delivered my speech to chamber members, someone from the audience asked me to speak to the local United Way organization. This nonprofit group is known worldwide for its advocacy and efforts to improve local communities. I felt honored. I agreed to speak and simultaneously took on my first club leadership project. As the only female, I led five male volunteers to produce a 50-minute presentation for a group of executives who had recently joined the Escambia County United Way. For their orientation, they wanted inspiration, real tips and practice with public speaking. United Way also asked our team to facilitate Table Topics as part of the meeting.

In taking on this project, our group became a tighter unit. I coached my fellow Toastmasters with encouragement and feedback. In turn, they inspired me to give my best as a leader. The prospect of motivating United Way representatives who would then go out and inspire our community became a real joy for us.  Our whole club felt we were doing a great service for the greater good.

Toastmasters’ mission is the important vehicle to affect positive changes in ourselves, our neighborhoods and in all that we face.

“Welcome to Our Ventura TV. Today’s guest is …”

If you live just north of Los Angeles, you might hear those words on a local cable TV talk show with a theme of, “People Doing Good Things in Ventura County.”  However, without Toastmasters, this award-winning series would not have come to fruition. Or if it had, the title of this article would be “How I Was Tortured to Death on Television.”

My first TV experience was when I appeared on a talk show as a specialized technology expert in the mid-90s. It was a catastrophe. Have you ever endeavored to suppress vomiting and control tremendous bathroom urgency while simultaneously attempting to speak with some semblance of coherence on live TV? That was when I imagined how the TV cameras aimed in my direction were pulsing an evil electromagnetic force, tormenting every cell in my body while death rays (designed to look like studio lights) concentrated their energy beams towards vaporizing my will to live.

Once I survived, I contacted Toastmasters International. My mission was to learn how to defend myself against violent cameras and death-ray lights, in addition to bettering my public communication abilities. After some time, I appeared as a guest on another local talk show and this time it went smoothly! The cameras and lights—sensing my greater confidence—maintained their distance and made no attempt to hasten my demise. In fact, I had fun.

Since then I’ve established a local cable TV series which features nonprofits, community advocates, artists and those with a story—
including Toastmasters. The entire Toastmasters program is an apt training foundation for television. The manuals establish the fundamental skills for public communications and communicating on video. However, I think the greatest benefit is simply the regular impromptu speaking experience provided by every club around the globe.

Buddy Up to Achieve Your DTM

Retired public school teachers Sharon Justice of Texas, and Nancy Jo Moses of Minnesota, met at a Hilo Toastmasters meeting after they both moved to the Big Island of Hawaii in 2010, unsure of what life had in store for them.

Sharon didn’t expect much; “a flushing toilet and a comfy chair” were her requirements for moving to be near her daughter. For Nancy Jo, the desire to breathe the clean, moist air brought her to Hawaii with her husband.

Sharon thought she was in Toastmasters for her own development, but she soon found “it is just as much fun learning from other members and watching them grow.”

Nancy Jo didn’t set out to be a DTM. “Early on, I gave speeches but I didn’t understand the scope of the Toastmasters program. Then I learned that what I accomplish can help move our club forward, the area forward, the district forward.”

Being a DTM has provided Nancy Jo with an extra boost of confidence and ample opportunities. She is the co-director of a non­profit—Self Discovery Through Art. She has fielded questions, written news releases, presented at a regional mental health conference and spoken at county counsel meetings. “The skills I learned in Toastmasters fused so well with life after retirement.”

Sharon takes advantage of her Toastmasters skills by teaching improvisational comedy, because “laughing is a serious job,” she says, explaining, “Like a Toastmasters meeting, improv helps you overcome fear and build relationships.”

From competing in the District 49 International Speech Contest, to sponsoring and mentoring Waimea Toastmasters, to serving as area governors and working with the Boys and Girls Club of Hawaii, the friends have motivated and inspired each other.

Buddy up, fellow Toastmasters, and make a difference!