Get to the Point

The difference between a meaningful presentation and a forgettable collection of words may not be what you think. 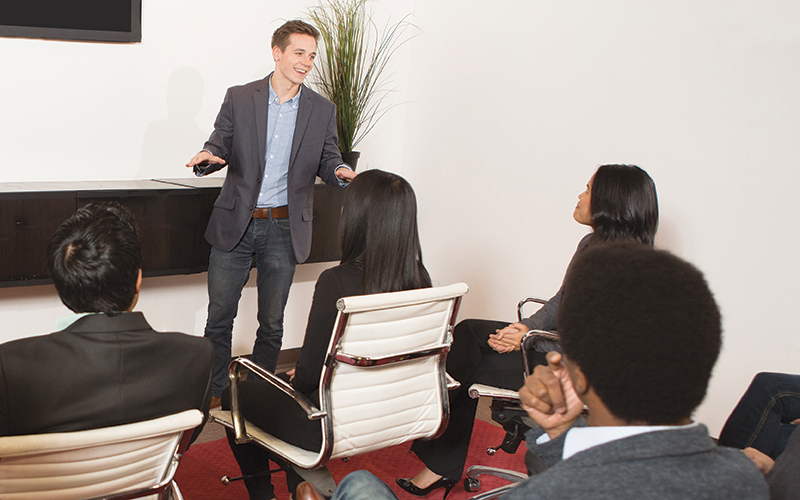 When I got married in 2008, my 9-year-old son stood on his chair and gave a succinct toast that, even putting aside my fatherly pride, was one of the most successful speeches I’d ever heard. He introduced himself, made the case for why my wife and I were good people who deserved each other, and wished us well.

Three years later, I was sitting in an auditorium listening to a senior vice president deliver one of the least effective speeches I’d ever heard. With nothing more than a jumble of thoughts in his head, he rambled, tossed out ideas as they occurred to him and didn’t know when to stop. It was a tortuous hour for his captive audience. The critical difference between these two speakers wasn’t age, experience or confidence—typical grounds for distinguishing a strong speaker from a weak one—it was a point. My son had one; my boss’ boss’ boss did not.

In my 11 years as a public speaking instructor, 15 years as a competitive public speaker, four years as a university speech team coach and five years as a Toastmaster, I’ve seen many people giving speeches, but too few making real points. Most speakers, in fact, confuse a point for a theme, a topic or a title. But a point is different: A point is a contention you can argue, defend and prove with reasoning or data. For example, the point of a speech about unsafe toys isn’t “unsafe toys.” It could be: “Parents need to better protect their children from unsafe toys.” Similarly, the point of a speech about animal cruelty isn’t “animal cruelty.” It could be: “We need stronger animal welfare laws to prevent animal cruelty.” Even your Table Topic is stronger when you make a real point: “My favorite summer vacation” becomes “My summer vacation taught me the value of taking risks.” Or, “The superpower I most want” becomes “I would use the power of teleportation to make me more efficient.”

A point is a contention you can argue, defend and prove with reasoning or data.

So how do you turn a non-point into a point? Start by asking yourself five ­questions, starting with the most important one.

Do you believe it?

Take the “I Believe That” test: Place the words “I believe that” in front of what you think is your point and see if your statement is grammatically correct. If it is indeed a complete thought, you’re well on your way to a real point. If not, rewrite the statement until it would satisfy your middle school English teacher. These three words force you to commit to a contention and make an argument for it.

The “I Believe That” test is not only helpful for speeches; it’s also useful for emails, job interviews, pitches, performance reviews—any situation in which you’re trying to make an impact. Don’t just take my word for it. Read these famous “I believes” and consider what makes them so powerful:

“I believe that unarmed truth and unconditional love will have the final word.”—Martin Luther King Jr.

“I believe that, as long as there is plenty, poverty is evil.” — Robert F. Kennedy

“In spite of everything, I still believe that people are really good at heart.” — Anne Frank

Once you’ve passed this test, proceed to the following questions.

Is it a truism?

If your point is instantly true (“Ice cream is delicious.”), dig deeper to find a point you can argue. (“Soft-serve ice cream is the most convenient summertime dessert.”) One way to root out a truism is to follow up the point by asking yourself Why? If it’s a truism, there won’t be much of an answer. It answers itself. Another sign of a strong point is a feasible counterpoint. Can someone reasonably take the opposite point of view? If so, proceed. 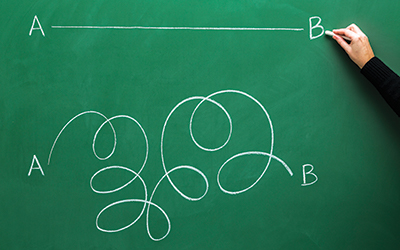 Am I jamming too many ideas into my point?

Most of us know “less is more,” but we also need to understand “more is less.” If you have multiple thoughts or adjectives to convey, don’t jam them into a single point like clowns into a Volkswagen. Pick the most important one, focus on it and bring up the others later, one at a time. It may seem like you add value to your point when you add new words and ideas, but when you throw multiple points at an audience in a single sentence, you actually dilute the impact of each one. The audience is not only forced to split their attention between multiple points, but is left clueless as to which idea is more relevant.

Let’s test this. Which of these statements makes a stronger impact?

If you have multiple thoughts or adjectives to convey, don’t jam them into a single point like clowns into a Volkswagen.

The statement with the singular focus clearly packs a stronger and more memorable punch.

Badjectives are adjectives so broad that they convey no value. They’re deceptive because they seem to project a clear impression. Who wouldn’t want to be connected to something “excellent,” “fantastic,” “terrific” or “very good”? And of course, they’re very useful on Twitter.

But being so general robs your point of substance. What does it really mean to call something “great”? What makes it great? The audience has no idea. Using badjectives is like when a Little League® baseball or softball coach says, “Come on now, Johnnie!” versus “Keep your eye on the ball as it comes to you, Johnnie!” One has no value, but the other makes a substantive point.

Whether you use them in a speech, in an email, in a compliment or even in a Tweet, precise descriptors in your point have a more powerful impact on your audience. So keep digging for words that say what you truly mean.

Can I speak about this for more than a minute?

If you can’t make the minimum time for a Table Topic, chances are your response does not have much of a point. Take this very tip, for example. I’m already done in less than a minute. The bottom line: Your point is the foundation of your speech. Without one, you have nothing to build on, and you’re offering your audience little value. In essence, you’re pointless. But armed with a strong point, you present to your audience an idea they can digest, take home and even benefit from. So the next time you convey a thought—whether standing on a chair or acting as a chairman—don’t just describe or discuss it. Make your point, put power behind your words and champion your ideas.