The Best Coaching Ever

How 3 members lifted me beyond my own expectations.

By Ronald Chapman, DTM, AS 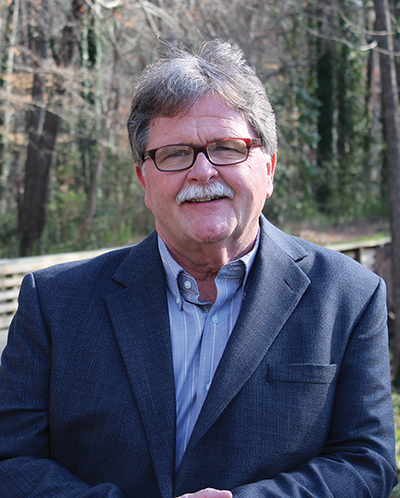 It was January 1995 and I had just delivered my Ice Breaker at the Midday Madness club in Albuquerque, New Mexico. My evaluator, Lance Johnson, had demonstrated excellent ability the few times I’d seen him deliver feedback. Little did I know he was about to give me one of the three best coaching lessons I would ever receive in Toastmasters.

“Listen Ron,” he began, “you’re already a pretty good speaker, and you probably have a lot of upside potential. But you’ll only achieve it if every time you speak you push yourself outside your comfort zone. Once you learn the ropes, you’ll no longer have to push yourself. And it will be your loss.”

Somehow Lance’s guidance struck home. I cast myself into learning in every way I could. I entered speech contests to stretch my confidence. Along the way I learned to use the Toastmasters stage as an incubator and laboratory, ultimately becoming a Distinguished Toastmaster in 2000. In 2004, I received the second of those invaluable coaching lessons. I had failed in my first attempt at becoming an Accredited Speaker, mostly because I had done nothing to distinguish myself. In my second attempt, I struggled with whether to present in accord with my heart, or in a fashion expected by the audience. Merv Jersak, DTM, told me, “Ron, the only ­answer is to be true to yourself.”

At the Toastmasters regional conference in Memphis in 2005, Merv’s wisdom was affirmed when, in my signature style, I used a long-format approach that allowed me to engage dramatically with the audience. The speech secured me the Accredited Speaker title.

After relocating to Greenville, South Carolina, and then to Atlanta, Georgia, I struggled to find the next level of mastery. That began to change when I found the best coaching club I’d ever seen in Toastmasters. Speakers Roundtable is an advanced club in Atlanta catering to professionals and aspiring speakers. Their coaching is just plain magical. The feedback is kind, but members care enough to really push each other.

It was through my relationship with Netania Walker, DTM, that I experienced the third instance of the best coaching to ever come my way. As the program quality director for District 44, she asked me to deliver a keynote at the Toastmasters Leadership Institute.

Nothing of significance can be borne without major discomfort and disruption.

In a planning and coaching session, Netania teamed up with Linda Dyson, CC, one of the education chairs. After hearing my keynote plan, they began to work me over … and I do mean work me over. They knew I had talent in professional leadership development, but they weren’t seeing it in my content. So they challenged me for three hours. They were relentless. Finally, the keynote’s content emerged.

In a matter of days I had codified the heart of the leadership development practice I had been delivering for many years. It even came with a name: The Ascending Path of Becoming the Leader. And in June 2016, I delivered what I believe to be the best keynote of my career. The feedback told me I had hit a mark I’d never before achieved.

Here’s the humbling part. Despite my skills and accomplishments, I could not call myself up to the next level. I needed coaching to bring forth my best. That was my third lesson. I could not reach the next level on my own.

Here’s the punch line: Nothing of significance can be borne without major discomfort and disruption. If we stay in our comfort zone, greatness cannot come to pass. Of course, we must do it for ourselves, but we need not do it alone.

Ronald Chapman, DTM, AS is a 22-year Toastmaster and a member of Speakers Roundtable Advanced Club in Atlanta, Georgia. Find out more at www.RonaldChapman.com. Follow his blogging and online content at www.SeeingTrue.com.