What You Say May Bear Repeating 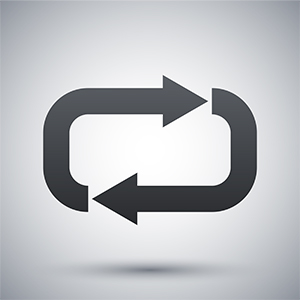 Repeating yourself in a speech may not sound like the wisest course—and often it isn’t. But purposeful repetition used sparingly and strategically can add powerful cadence, emphasis and emotion to your remarks—particularly in a persuasive speech or a call to action.

Anaphora and epiphora are key rhetorical devices that can deliver those goods. Anaphora (a-NAF-or-a) involves repeating a word or phrase at the beginning of successive clauses or ­sentences. With epiphora (e-PIF-or-a), also called epistrophe, the repetition comes at their end.

Anaphora has been used memorably by famous orators like Winston Churchill (“We shall fight on the beaches, we shall fight on the landing grounds, we shall fight in the fields … we shall never surrender”) and Martin Luther King Jr. (The phrase “I have a dream” starts eight successive sentences in his most iconic address.). In both examples, the growing momentum of the similar phrases, enhanced by a rhythmic delivery, create a visceral, inspirational effect. It’s no wonder this device turns up frequently in poems and song lyrics as well as in speeches.

Along with anaphora, President Barack Obama has often employed its counterpart, such as in this example of epiphora: “There is not a black America and a white America and Latino America and Asian America—there’s the United States of America.”

How can you best use one of these techniques? Keep things simple by confining it to your primary point or message, and limit how many sentences or clauses it encompasses. Phrase those passages in the active voice, using vivid and compelling language. And be sure, when giving your speech, to judiciously use pauses and voice inflection to emphasize those words.

Once you’ve mastered anaphora and epiphora, perhaps you’ll be motivated to weave them together, thus achieving symploce (SIM-plo-see)—the name for both devices combined.

Paula Fuchsberg is an editor at Vanguard and a member of Majestic Toastmasters in Malvern, Pennsylvania.