Don’t Tell Me I Can’t 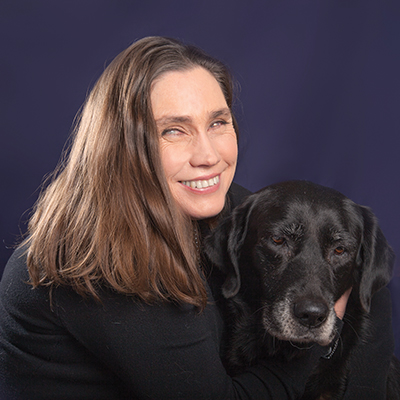 Lois Strachan is no ordinary lady—she’s fierce in her determination to do the things others tell her she cannot do. Lois is a past District 74 Governor and an ambassador for raising awareness of the capabilities of people living with disabilities. Author of the children’s book series The Adventures of Missy Mouse, Lois is a professional speaker and storyteller and more notably, the recipient of the Tributes Excellence Awards in the literature and education category.

And to think … Lois has achieved all this and more without her sight.

Lois’ story is a remarkable one. She went blind in 1992 at age 21, after being diagnosed with Type 1 diabetes. She says of that day, “The initial feeling in that hospital room was anger. I wanted to throw something and hear it shatter into a million pieces because that’s what I felt had been done to my life.”

Both of her parents were Toastmasters, but it wasn’t until 2000, at age 29, that Lois decided to join a club. Her husband, Craig, DTM, joined at the same time because he felt it would benefit his career.

Lois says, “Initially I did not make the connection between Toastmasters as a social activity and as a catalyst for transforming one’s entire life—professionally and otherwise.” It was only through active participation in the program that she realized how the benefits carried over into all aspects of her life.

One wonders what’s next for this amazing lady. Besides being an inspiration to many people within Toastmasters and throughout the greater South African disabled community, she says, “I love every moment of doing the things that people try to tell me I cannot do.”

Visit Lois' website to find out more about her journey. 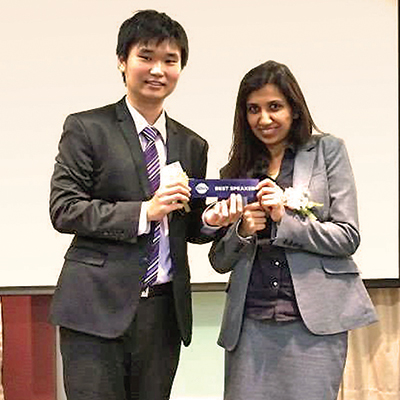 I was a “poor language” man who was good at mathematics. I hardly passed the languages part of the entrance exam at the University of Hong Kong. In fact, I failed the oral part of the exam, both in English and in Chinese (my first language). However, my life started to change after I joined Toastmasters seven years ago.

I can feel my gradual improvement in various aspects of English. I went from being too shy to speak to daring to speak and being willing to listen. I participated in speech contests and even won first place in my home club. Last year, I was fortunate to serve as club president and learned a lot, especially about listening. I went from not reading to liking to read and write. I regularly read the Toastmaster magazine from which I learn vocabulary while being inspired by excellent ideas. I even enjoyed writing and submitting this article to share my story.

I love how Toastmasters helps me develop habits in speaking, listening, reading and writing. I also love the supportive learning environment which builds genuine friendships.

I Am A Winner! 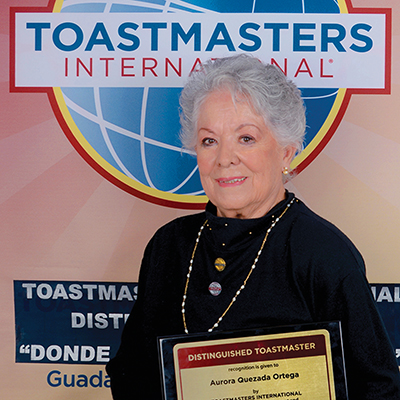 In June 2008, my oldest daughter passed away at age 53 due to an aggressive cancer, leaving me without the slightest idea of how to continue with my life. I was in a deep depression and I could not accept reality.

A dear friend told me, “Why don’t you come to a Toastmasters meeting? It might help you move on.”

In April 2009 I attended a meeting. I already knew something about it, since my friend had talked about it several times before. I joined the Ixtaccihuatl club. In May of that year I was elected vice president education, but my problems continued. I studied and studied, but I did not understand anything.

But thanks to my mentors, I moved forward, giving 10 speeches and earning a Competent Communicator award. After I was elected club president, I discovered abilities I had kept stored in the memory of days past—memories of my childhood and what I had inherited from my parents. From my father I learned to be a leader and to have a clear, objective goal. From my mother I learned responsibility, dignity, integrity and reciting.

I went on to win Humorous Speech contests in 2009 and 2010, and in March 2013, I won first place in a women’s speech contest at an International Women’s Day event.

I found the most success in leadership and in educational advances in 2014 and 2015. I served as area governor and I was the club mentor for the Redjal club and a coach for the Aztlan club, both in Guadalajara. I also conducted a High Performance Leadership project, founding the Amor por Mexico Gavel club.

I am a different woman today. My self-confidence has improved and I feel valued by my Toastmasters partners, friends and family. I just turned 81, and during my six years of service I stand firm with my goals and in my motto: Serve to live and live to serve. I am a winner!

Why Did I Join Toastmasters? 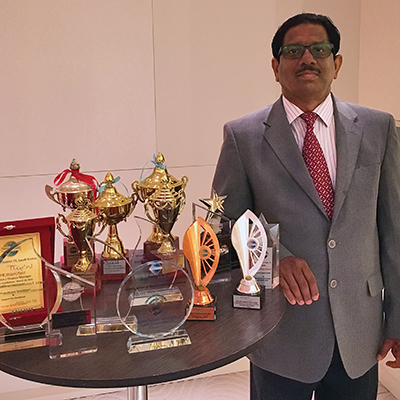 Sojan Paul, ACB, ALB and his many trophies

I’ve been asked this question repeatedly since I joined my club. The answer is simple; I wanted to be a better communicator. All living beings are communicators, either directly or indirectly. A blossoming flower has something to communicate to its pollinators. An ant has even more to communicate with its coworkers and competitors. If we listen, the message is clear. But we often do not listen.

When I attended my first club meeting, the Table Topicsmaster called me onstage. That was, in fact, the first time I faced an audience. I went to the stage, looked at the audience and felt them staring at me as if I were a rare animal. To make a long story short, I couldn’t utter a single word that day.

After that, I asked myself, why should I go again? The answer came immediately. The worst had already happened, and there was no need to be afraid any longer. If I could utter a single word this time, it would be a great achievement. I did attend the second meeting, and I haven’t stopped attending since. The more meetings I attend, the less afraid I am on stage.

So far I have won 14 trophies in club- and area-level speech contests. I also participated in a division-level contest and won in all five categories, including Table Topics! I could do this only because of Toastmasters. My goal is to become the World Champion of Public Speaking.