Competing in beauty pageants takes much more than good looks, poise, an impressive talent or a noble profession. The savviest contestants—the ones who win the crowns—know that their ability to express themselves clearly and confidently can give them an edge over their competitors and leave a lasting impression on the judges. This is why a number of pageant winners from around the world have joined Toastmasters to improve their public speaking skills.

Contestants who are able to answer interview questions with confidence and effectively engage an audience of thousands—or even millions during televised events—have an incredible advantage over those who lack these skills. Dr. Deborah Lambie, ACB, CL, who practices medicine at Wellington Hospital in New Zealand, says the ability to articulate ideas clearly and confidently is what helped her win the title of Miss World New Zealand 2015. She developed those skills in Toastmasters. “It came down to the final question,” she says. “I had done a lot of public speaking, but the other contestant hadn’t. I think that made a big difference.”

The need to speak eloquently in front of an audience only increases once you wear the crown, says Nadia Shirin Moffett, Miss North Carolina USA 2010. “All I did was public speaking,” she says, recalling the countless media blitzes, radio show appearances and television and magazine interviews she participated in after she won. “I don’t know how anyone could be a titleholder and not be good at public speaking. She’d be doomed.”

For many pageant winners, their reign gives them a platform from which they can promote causes that are important to them. Being active Toastmasters helps sharpen the tools they need to do that as well as advance in their post-pageant careers.

“Toastmasters gave me great skill, which I’m still using for my success today,” Moffett says. “Being Miss North Carolina was a short, defining moment in my life, but it was significant because, just like Toastmasters, it was a stepping stone to where I am now.”

Here are some accomplishments a few beauty pageant winners from around the world have achieved with their Toastmasters training.

Joining the Express Yourself corporate club of the since-closed American Express office where she worked in Greensboro, North Carolina, in 2008, helped Moffett, 31, gain the skills and confidence she needed to win her Miss North Carolina USA title. She credits Toastmasters with helping her overcome her fear of public speaking and hone her ability to avoid rambling and deliver a clear, crisp message.

“Toastmasters helps you learn to trust yourself, because it’s not actually the fear of speaking so much as the fear of not knowing what you’re going to do when you get up there on the stage that affects you,” Moffett says. “I’m not afraid anymore because I know what’s going to happen when I get on stage. I’ve done it enough times that I trust myself.”

A boost in confidence was critical for Moffett during the competition for Miss North Carolina USA and also when she represented her state at the internationally televised Miss USA 2010 pageant. “For me, it was the big, exponential jump from fear to no fear that had the biggest impact on my ability to speak in front of a crowd,” she says. “Now you can put me in a room with a thousand people, a million people, or just two people and I’m fine.”

After her reign ended, Moffett took a leap of faith, she says, and quit her job at American Express to dedicate her time and energy to building the Queen’s Foundation, which she founded prior to passing the crown in 2010. The nonprofit helps prepare young women with underserved backgrounds for higher education and leadership roles.

As executive director for her foundation, Moffett depends heavily on her public speaking skills every day. “Everything I do revolves around speaking,” she says. “Every meeting involves communicating, and I have to have a very clear message or else people get bored. We’re so saturated in the nonprofit world; it’s like we have to break through the noise and the clutter for anyone to hear us.”

Ronda Holloway, executive director at Ward Black Law firm, is a member of the board of directors for the Queen’s Foundation. She praises Moffett’s ability to capture her audience’s attention and inspire action. “She’s passionate, she’s captivating, she’s powerful and she’s believable,” Holloway says. “I’ve come across thousands of speakers, and you run across maybe a dozen that really make you want to get up and go do something. Nadia happens to be one of those. She’s somebody you just cannot say no to—she’s that powerful of a message bearer.” 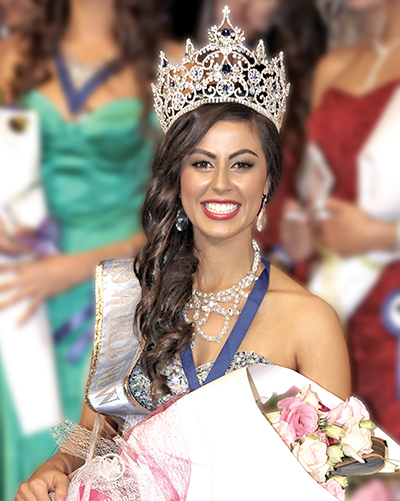 Lambie was no stranger to competing in beauty pageants when she won her title Miss World New Zealand 2015, nor was she a stranger to speaking in front of a large audience. “I actually joined Toastmasters back when I had my first pageant because I knew I would have to speak onstage,” says Lambie, 25, a former model who finished medical school in November 2015. “Initially I was very nervous about public speaking.” 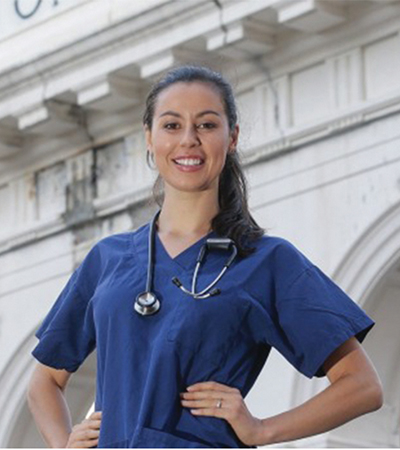 A member of the Turbine Talkers club in Wellington, New Zealand, Lambie has become an accomplished speaker in recent years. She won the best speaker award at the 26th World Miss University pageant in South Korea in 2014 as well as at several contests held by her club. John Plunkett, CC, CL, of the Turbine Talkers, describes Lambie as a speaker with great stage presence. “Her ability to draw the audience in for her speech and lead them on a journey is something that we can look up to,” he says.

Now that Lambie is finished with pageantry, she’s focused on her first year as a full-time doctor at Wellington Hospital. She’s also devoting time to the nonprofit LearnCoach website she co-founded in 2012, which offers free online tutorials to New Zealand students. She plans to continue in Toastmasters and take any public speaking opportunity she’s offered. “I’m so grateful that doing pageants was the push I needed to start in Toastmasters,” she says. “Now I’ll have the benefits of my training for the whole of my career.” 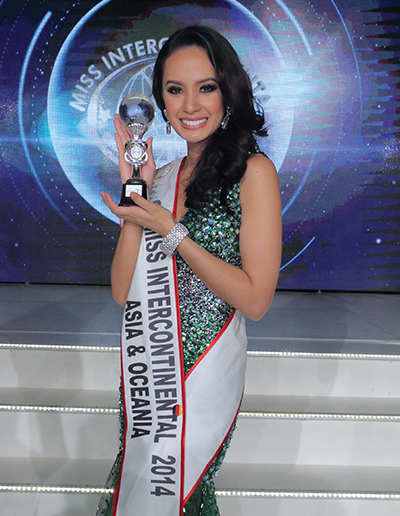 In 2009, when Kris Tiffany Janson, 26, competed in the Miss Cebu pageant, a citywide competition in Cebu City, Philippines, she participated in training sessions led by Toastmasters as part of the requirements for all candidates. Past International President Johnny Uy, DTM, first met Janson when she competed for Miss Cebu and noticed how she seemed confident but was a little rough around the edges when she spoke. “The Toastmasters training must have rubbed off on her because she performed admirably during the Miss Cebu pageant’s question-and-answer portion …on the way to winning the title,” Uy says.

After completing her reign as Miss Cebu 2009, Janson began working as a financial analyst at the San Miguel Yamamura Packaging Corp. in Cebu and joined its corporate club. Since then, she’s used her ever-improving public speaking skills to win titles in beauty pageants on both national and international levels. 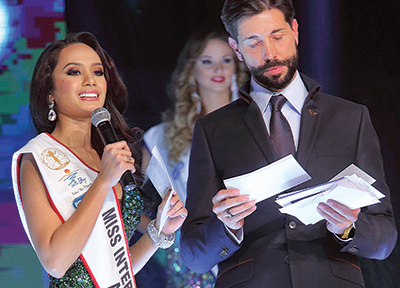 Kris Tiffany Janson, a pageant winner from the Philippines, is a former financial analyst who models and acts in TV commercials.

Janson credits Toastmasters not only with helping her learn to express her ideas more clearly during pageant interviews but also with calming her nerves. “It’s not about taking it all away, because that feeling of nervousness makes you want to do more, to do better and to be the best,” she says. “But Toastmasters teaches you how to divert that feeling into something useful, and to really organize my thoughts so that what’s inside my head is what my mouth is saying.”

Since quitting her financial analyst job after being crowned Miss Intercontinental Philippines 2014, and fulfilling the obligations involved with holding that title, Janson has been modeling and acting in television commercials, as well as serving as a guest speaker whenever she can.

After years of Toastmasters training and her success in pageantry, Janson says she feels confident speaking in just about any environment—whether she’s at a club meeting or on stage. “I always tell people, especially those girls who want to join a pageant, that speaking in public for Toastmasters is actually more frightening than competing in a pageant,” she says. “If you can overcome that fear of public speaking at Toastmasters, then you can go on any stage.”