Consider these tips for success in your new leadership role.

Uh oh! I had just been elected club president and had big shoes to fill. My immediate past president was Past International Director Kristal DiCarlo, DTM, an extraordinary leader. How could I possibly lead the club the way she did? She was amazing.

Kristal invited me to her home to discuss the transition. What a relief! She had a written plan detailing all the nuances of our club, the status of projects, even possible roadblocks. While we were sipping coffee and munching cookies, she passed me the baton of club leadership. My confidence soared.

Are you a new officer? Congratulations! You’re in good company. With more than 15,400 clubs worldwide and seven officer positions for each club, that’s potentially 107,800 leaders! Maybe you’re like I was, a bit intimidated, especially if you are a first-time officer. Relax! You may not have Kristal at your disposal, but help is available.


Advice for All Club Officers

The seven nominated club officer positions are president, vice president education, vice president membership, vice president public relations, sergeant at arms, treasurer and secretary. The responsibilities for each role are specific, though they may overlap or require cooperation between two or more officers. To make your term successful, consider these suggestions.

1 Attend club officer training. This training is developed by Toastmasters International and conducted by your district leaders. Your district probably offers several sessions to choose from, allowing you to find one that fits your schedule. Most seasoned officers agree that attending training is invaluable to start your year.

2 Do some self-training. Read the Club Leadership Handbook (provided by your club president). Explore the Toastmasters website for additional resources. Peruse the Resource Library in the Resources section of the website where you’ll find lots of informative handbooks, fliers, templates, slideshows and more. Become familiar with Club Central on the site. Read the Toastmaster magazine. (Wait! You are!) Connect with other members via social media outlets. Visit different clubs to observe how other officers perform their duties. Search the internet for useful blogs or documents about your position.

3 Seek mentoring from former officers. Ideally, meet with your immediate predecessor (like I did with Kristal), to make a smooth transition.

4 Just do it! In Toastmasters you “learn by doing.” Don’t fear making a mistake. Most mistakes can be corrected. Take your role seriously enough to commit to it but lightly enough to allow yourself some slack if something goes wrong. 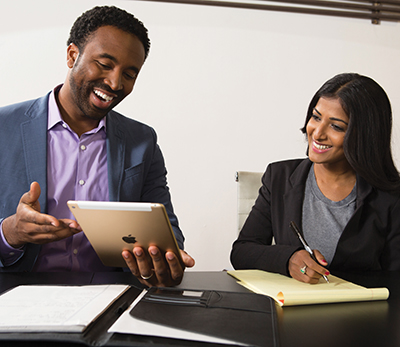 6 Attend club officer meetings. Even if you think your role is quiet or not visible, the other officers should know the status of your efforts.

7 Enlist an assistant or team when the workload increases or if you will be unavailable to perform your duties. The benefit? You train a successor in the process!

Maybe you’re thinking, “That’s nice general advice, but what about my role?” I asked Toastmasters around the world for specific advice and collected great comments from creative, committed and flexible leaders. Here are snapshots of their wisdom. 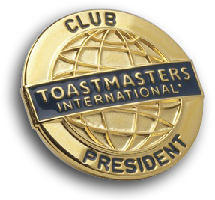 As Chief Executive Officer, the president is responsible for the club’s overall operation. The president presides at meetings, guides the club through the Distinguished Club Program, meets regularly with club officers and works closely with the area director to coordinate goals. With a big-picture perspective, the president sets the trajectory for the club’s activities.

Sununtawan Peukpattanaruk, CC, of Thai Airways International club in Bangkok, emphasizes early planning. “I would have a plan for my term, and I would do it immediately. Good planning is half the success. If I wait, it will never happen.” Open communication is important, and technology can help.

Dalton Lewis, CL, of Stenden Toastmasters in Leeuwarden, Netherlands, says, “Our members wanted a closer relationship with the officers. So I made a ‘Whatsapp’ group (a cross-platform method of phone communication) that allows us to share ideas and information.”

Rui Marques, CC, ALB, of the Invicta club in Portugal, emphasizes delegation to cement team involvement. “In my MBA classes, I learned that the best way to involve a team member is to give him responsibility, then value and recognize the commitment. It’s a successful strategy.” 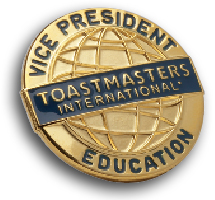 This officer helps members progress in their educational journeys by scheduling meeting roles and signing off on completed projects. VPEs facilitate new-member orientation and assign mentors. This position is often regarded as the most challenging, but it doesn’t have to be if the workload is divided.

Alison Lilly, CC, ALB, of Highway Club in Pinetown, South Africa, says, “We have two (overlapping) VPEs—one from July to June and one from January to December. They get recorded at Toastmasters International after they complete their first six months as an assistant. They get credit for their second six months while training their successor.”

For VPEs in particular, cancellations pose a challenge, but Patricia Pitt, DTM, of Maryborough club in Queensland, Australia, is proactive. “I always feared cancellation phone calls on meeting day, so I asked a seasoned member to have ready a 10-minute educational program to take the place of a seven-minute speech and a three-minute evaluation.”

In fact, it’s wise to ask several seasoned members to have a “hip-pocket” speech ready to deliver at a moment’s notice as a substitute for a cancellation. 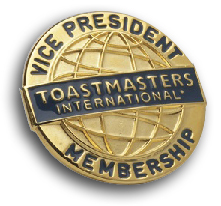 These officers focus on building club membership. They greet visitors, provide them with information packs and plan outreach activities (open house or community events) to attract visitors. A diligent VPM collects guest contact information and follows up quickly. “It’s better to do it immediately after a meeting when you might get three or four visitors instead of at the end of the month when you could get 15 to 20 visitors,” says Paulo Martins, ACB, ALB, of Business Speakers Toastmasters, in Lisbon, Portugal. A phone call is most effective because people often appreciate the personal contact. They may have questions, and you can use the opportunity to invite them to visit again.

Other tips for the VPM: 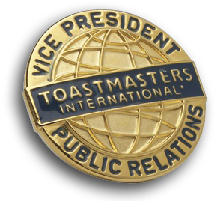 Work to increase awareness of Toastmasters through publicity in the local media and promoting your club on social media. Publicize your club’s photos, news and events, member achievements and success stories through newspaper articles, news segments and social media posts.

When working with the local media on an article or a broadcast segment, persistence pays off. Spend time finding the correct contact at the news outlet and explain how Toastmasters can help members of the community become better communicators and leaders. Remember to communicate Toastmasters’ key messages when writing news releases and while speaking to members, potential members and journalists.

Old-fashioned ways work too. With permission, leave fliers at doctors’ offices, public bulletin boards, stores, churches, vocational schools and other high-traffic places. If you are VPPR of a corporate club, approach management to explain the value of Toastmasters and how it can enhance their employees’ careers.

District 9 has enjoyed great success with Meetup. Their website reads, “Moonlighters Club in Spokane has gained several members as a result of Meetup. The Spokane/North Idaho Meetup group has had a steady stream of people expressing interest in our clubs.” 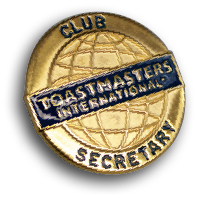 The club secretary manages all records and correspondence, including membership attendance, supply orders, officer lists, past club records and meeting minutes. This job is less visible but plays a significant role in cultivating camaraderie and engagement.

Joe Abbott, ACS, ALB, of Country Chatters, in Tara, Queensland, Australia, says, “As secretary, write the minutes and meeting reports as soon as possible after the meeting and circulate them to members. Corrections can be made immediately, and it gives members time to address any issues arising from the meeting. It also is a refresher for members.” 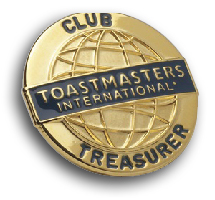 The treasurer manages the club’s financial health by collecting dues, paying bills and tracking financial status. This role is important (especially at contest time) because the “club in good standing” status is dependent on paid memberships. Members with an accounting background are very comfortable and well-suited for this role.

Always know the financial status. Paul McDonald, DTM, of Victory! Toastmasters in Prairie Village, Kansas, says, “I reconcile the books every month. I don’t want to wait until the end of the year to open up the bank statements and wonder, ‘What’s all this stuff?’”

It helps to prepare short and regular finance reports. Alicia Curtis, DTM, a member of several Australian clubs, says, “As treasurer, spend one minute each meeting announcing what the current bank balance is and what was purchased. I provided a printed report for each meeting. I sent a report monthly to the officers and quarterly to the entire club.”

You may want to explore other ways to simplify your role, such as using a club PayPal account or club debit card or collecting yearly member dues.

The sergeant at arms (SAA) addresses meeting logistics, including room reservations and meeting set-up and cleanup. They arrange timing lights, the club banner, the nation’s flag (if displayed at the meeting), direction signs and evaluation forms. The SAA properly stores and transports the supplies and equipment. If you’ve ever arrived at a meeting and found it completely ready to go, thank the sergeant at arms!

There are other ways the SAA’s duties can be simplified. Sandra Lawes, DTM, of the 104 London Debaters club in England, says, “Keep an eye on the inventory of supplies and order things in bulk from World Headquarters to save shipping costs.”

Emma Jane Santa, DTM, of the Mother Lode club in Grass Valley, California, offers this smart tip: “Create an emergency kit with a timer sheet, 20 ballots, a small flag, a page of inspirational quotes, humor and Table Topics ideas, and red, yellow and green paper. Then, if you’re ever locked out of your meeting place, you can hold your meeting anyway.”


These tips should eliminate some of the intimidating factors for new club officers. The Club Leadership Handbook says, “As a club leader, you play an important role in the mission of Toastmasters International: We empower individuals to become more effective communicators and leaders.” It’s a privilege to affect others and become a better version of yourself. By tapping into the experience of others who have gone before you, your officer term will be terrific.