Longtime Toastmaster Frank Thorogood remembers well the most stressful time of his life. Thorogood and his wife had purchased a warehouse on the outskirts of Paris to use as a headquarters for their growing business selling English tableware, as well as renting some of the extra space in the building to other small businesses. One night a fire broke out in the area, partially destroying the building and putting an end to both ventures.

“It wasn’t burned down, but it was severely damaged,” Thorogood says. “And we spent 10 years arguing with the insurance company about getting reimbursed for our loss.”

It was the worst decade of his life, Thorogood says, but a few things kept him from becoming mired in the darkness. First off, he and his wife, Maggie, moved to Nice, France, some 575 miles away from Paris, where he started a new Toastmasters club in 2013: Toastmasters NICE, a bilingual French and English club. Forming new relationships and keeping his mind occupied were key to moving past the stress and pain. Then there were visits with a new granddaughter to look forward to.

Most important, Thorogood says, was having his wife (a former Toastmaster) there to lean on during the difficult time.

“Whenever we’ve been in an emergency, we’ve always stuck together and fought in the same direction, which is very important,” he says. “She is very calm and positive.”

Not all struggles in life are as dramatic as destructive fires and thriving businesses that go up in smoke overnight, but everyone has battles, big and small, that can be tough to fight. That’s been especially true over the past few years as a myriad of challenges—from the ongoing COVID-19 pandemic to political turmoil and soaring inflation—have taken their toll on pretty much everyone.

“Whenever we’ve been in an emergency, we’ve always stuck together and fought in the same direction, which is very important.”

Toastmaster Frank Thorogood, on his marriage

Whether it’s dealing with big challenges during uniquely trying times—struggling with grief or navigating new financial or caregiving challenges, for instance—or something small, like trying to fit in time to exercise or aiming to complete a new Pathways project, it can be difficult to keep yourself motivated.

What are the best ways to push through tough times? In addition to Thorogood’s tips for staying busy and staying connected, here is more advice from the experts. Be Kind to Yourself

“When I talk to people about a lack of motivation, the first thing I do is try to normalize it,” says Mana Ali Carter, Ph.D., a psychologist at MedStar National Rehabilitation Hospital in Washington, D.C. “We’ve all had these moments where we feel a little less motivated, and it’s important to give yourself grace and bring compassion to that space.”

Not doing so, Carter says, can lead to a cycle where nothing gets done—a stressful workday leads to lack of motivation on another project, which leads to more stress about that project not getting done. Putting things in perspective can help keep your projects moving forward.

Carter, for example, is a working mother with two young children. She has come to learn that when she feels anxious or unmotivated at work, it’s not because she’s bad at her job—it’s because her workplace isn’t set up to accommodate working mothers.

“My hours are 8 to 5—who’s going to drop my kids off and pick them up?” she says. “That just creates more stress. When we start to look at [lack of motivation] as being a function of external factors, we can mitigate some of the self-critical statements that come with feeling unmotivated.” Have a Support System

Tricia Downing, a former competitive cyclist, knows better than many what it takes to stay motivated during tough times. In 2000, a car turned in front of her while she was out riding, causing an accident that left her paralyzed from the neck down.

One of the most important lessons the Denver, Colorado, resident learned during her recovery, she says, is that life is like a bank. The friendships she invested in prior to her life-changing injury paid off when she needed a support system to help her through her recovery.

“Even if I met somebody just for a week at summer camp, I stayed in touch with them for years,” she says. “I still have friends from elementary school that I stay in touch with. It’s really important to look at life as having that savings account—you’re always building up assets, because that’s how you’re going to get through those hard times.”

The friendships Tricia Downing invested in prior to her life-changing injury paid off when she needed a support system to help her through her recovery.

Downing also discovered the world of wheelchair sports, where she found a whole new support system of athletes who understood her situation.


Be Mindful About Goal Setting

It’s easy to lose motivation when you aren’t reaching your goals—but that may have more to do with the goals themselves than it does with your ability to achieve them.

“I find that the issue usually isn’t with the person; the issue is with the goal that they set,” says Carter, the Washington, D.C., psychologist. “People think goal setting is easy, but it actually is really hard.”

Carter, a panelist in a 2021 webinar on resilience hosted by Toastmasters and the American Psychological Association, says the key is to set smaller goals that are attainable, measurable, and well defined. Don’t make your goal “to become more fit”; make the goal “to walk for 10 minutes today.” Don’t shoot for finishing your entire report by some undefined date; shoot for finishing three pages by the end of the week. Two main factors influence motivation on any particular goal, Carter says—how important it is to a person to complete the goal, and how confident they are that they can do so.

Confidence is malleable as well, Carter says—lack of confidence often results in lack of motivation, and vice versa, but what if you could get extra training in an area that’s giving you trouble? Sometimes just the act of signing up for a course or ordering a book can boost your confidence as well as your motivation.

“People who don’t feel like they’re going to do well at something, whether that’s conscious or unconscious, that creates a lot of barriers to getting to the end goal,” Carter says.


Take It Step by Step

Downing, the cyclist who turned to other athletic pursuits after her accident, has a trick she uses on the days she doesn’t want to go to the gym and swim: “I allow myself to just get in my swimsuit, and go to the gym, and get in the water,” she says. “Once I do that, then usually I think, Okay, you’re in the water, you might as well swim 500 meters.”

For some people, she adds, “it might be, Just put on your running shoes and go walk around the block, and if you still don’t want to do it, you can stop. But once you’ve put your clothes on, you’ve gotten your shoes on, you’re probably going to want to keep going.”

But if there’s a day when you don’t want to keep going? That’s okay, Downing says. It’s important to forgive yourself for those times when you don’t feel as motivated.

“As an athlete, if you can’t forgive yourself for making a mistake, you’re just going to keep making mistakes,” she says. “It’s the athletes who can forgive themselves the quickest that [experience] the least negative effects on their performance.”

We all face challenges—both large and small—and times when persevering to reach our goals seems like an overwhelming task. Remember to be kind to yourself, lean on your support system, set realistic goals, do things to build your confidence, and be patient. You will move forward, one step at a time. 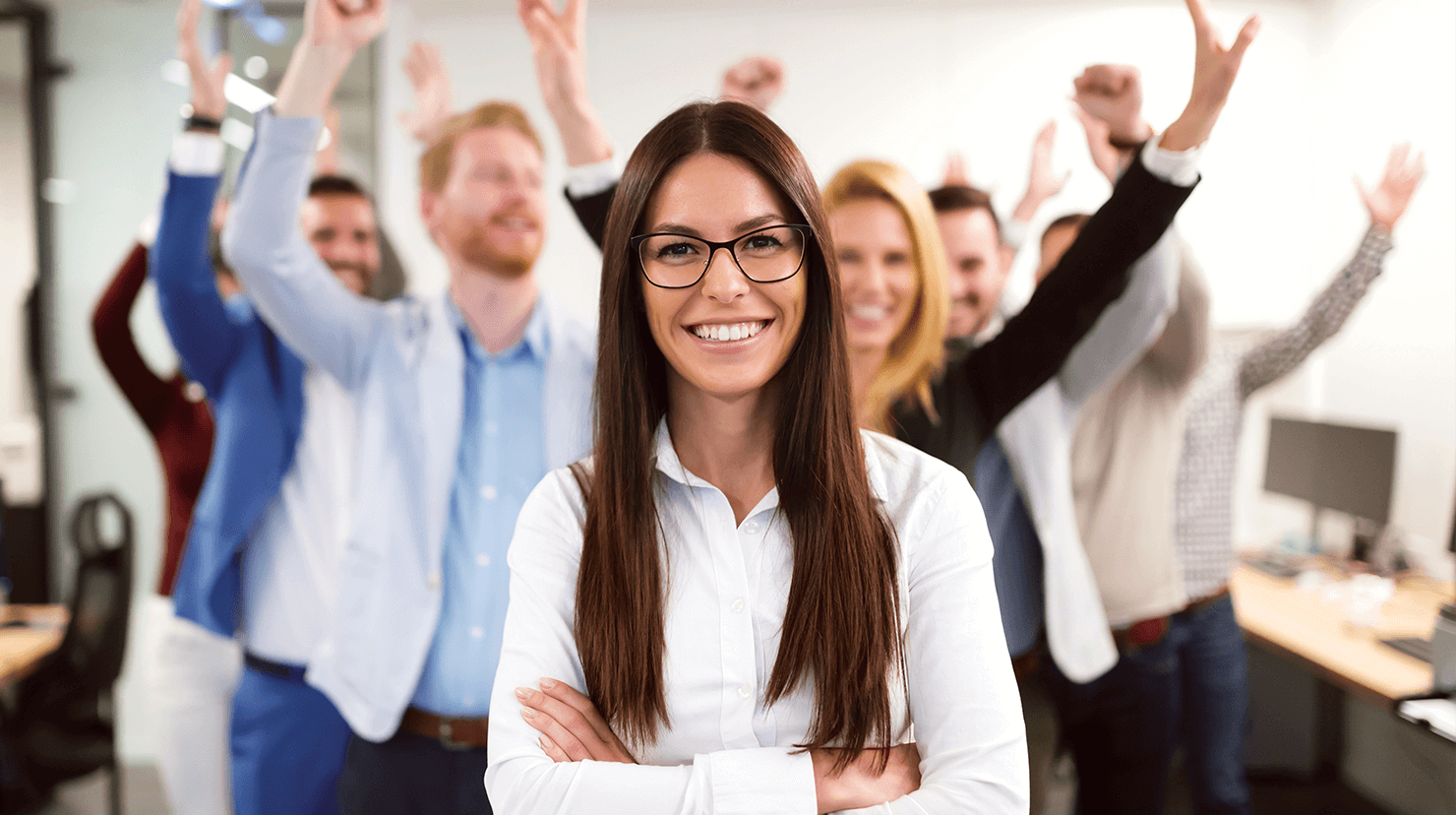 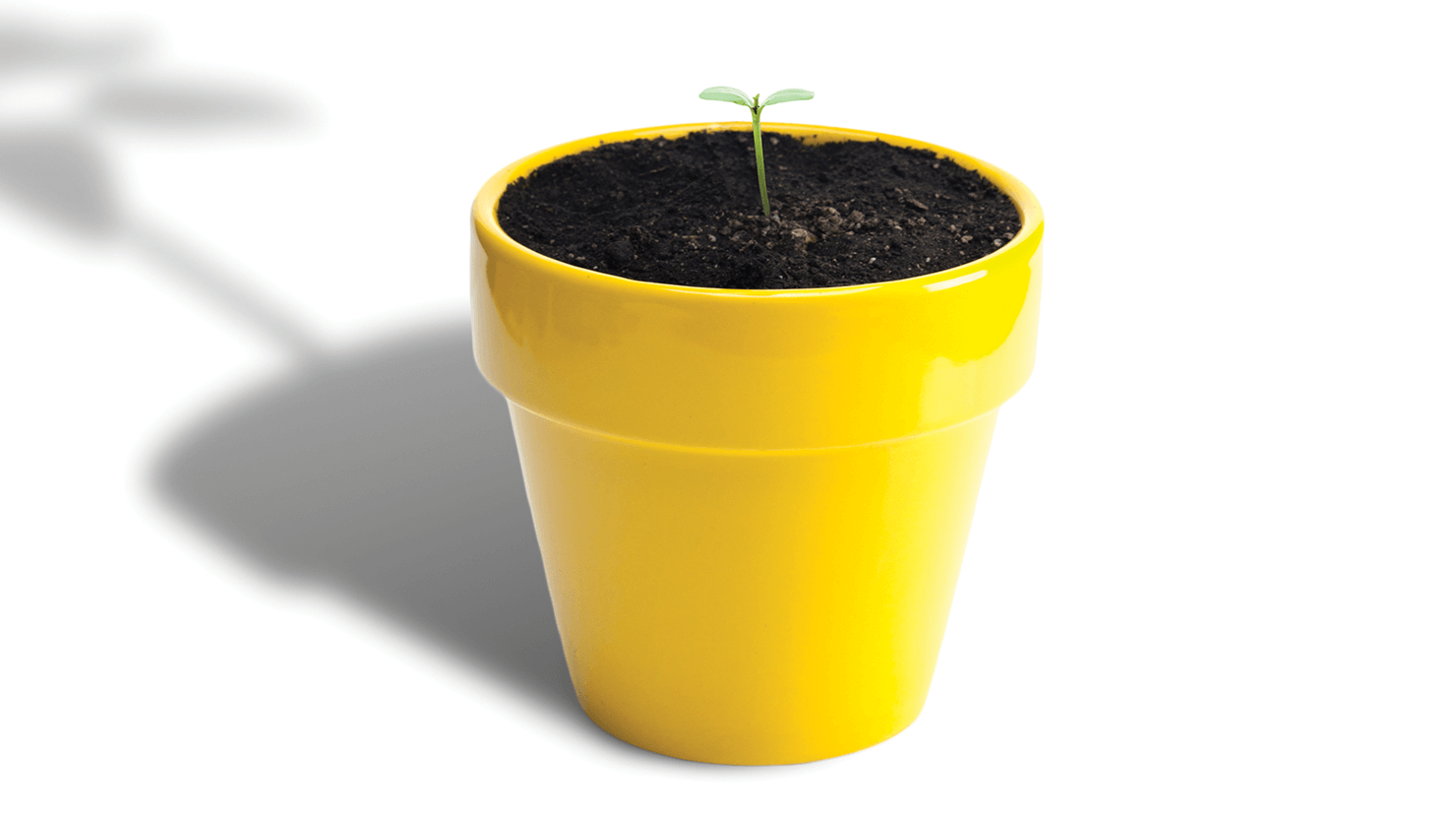 How to Benefit from Change

Branching out can be scary, but that’s where new growth happens. 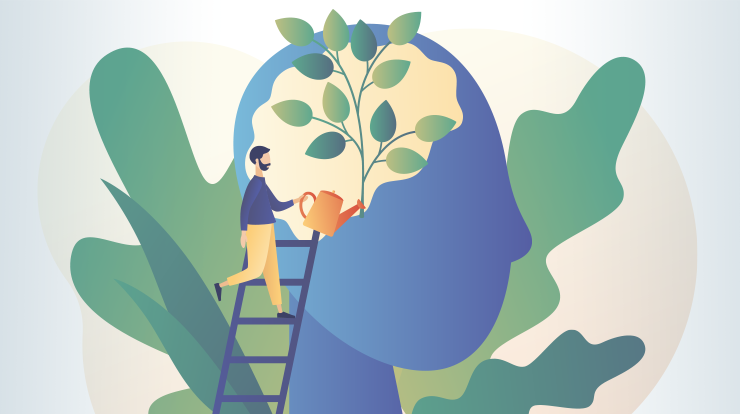 Rebuild Your Self-Confidence and Self-Esteem

By building your confidence as well as your competence, you build executive presence.