Funny You Should Say That
October 2022

People who say being bored makes you boring … bore me. 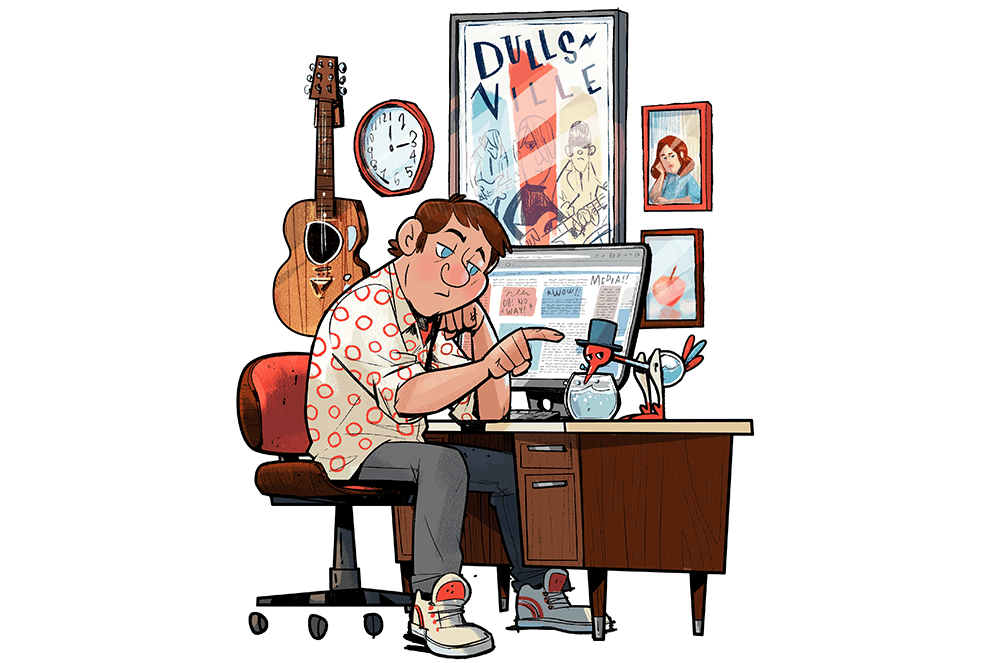 I don’t get bored often, but when I do I try to get unbored as quickly as possible, lest I be one of the people American writer Ruth Burke was referring to when she said, “Only boring people get bored.” I like to think of myself as a fairly interesting person … maybe not enough to give a TED Talk on “Do Woodpeckers Get Headaches?” but I can tell you a thing or two you didn’t know. Butterflies taste with their feet. Bet you didn’t know that! And the Mona Lisa has no eyebrows. Pretty interesting, huh? I may be boorish but I’m not boring.

Yet on one particular day back in July, I was bored. Thinking a change of scenery might drain the sludge from my cranium, I drove to a local coffee shop, leafed through a local paper someone had left behind, and came upon a column titled … “Don’t Be Bored.” You can’t make this stuff up. The writer informed me that, according to www.nationaltoday.com, July was Anti-Boredom Month in America, supposedly because after the Fourth of July the summer gets hotter, the children get bored, and the only excitement is petting goats at the county fair.

Reading on, I contemplated the remedies for boredom offered by my solicitous author: Exercise! Visit a museum! Read a book! Cook a new dish! Socialize with friends and family! Try something new! I stopped right there because I knew the next thing would be Go zip lining!

Ironically, the article did cure my boredom—by arousing my curiosity as to what boredom is really all about. I did some research and came upon a New Yorker magazine article by Margaret Talbot, where I learned that conventional thinking equates mental monotony with modernity and the advent of leisure. Once humans no longer had to spend all day foraging for food, they had time to fill, which they did—with entertainments and diversions that were essentially meaningless. And it’s true—once the novelty wears off, I think we can all agree that watching a circus seal clap his flippers for an anchovy isn’t all that thrilling.

History, however, tells us that the affliction is mentioned as far back as the first century, when the Roman philosopher Seneca complained of taedium vitae, brought on by contemplating the endless cyclicality of life: “I will be awake, I will sleep, I will be hungry, I will be cold, I will be hot. Do all things go in a circle?” Having offended the Emperor Nero, who ordered a gruesomely creative method for Seneca’s execution, could the old Stoic’s last thought have been, “Now this is interesting”?

So prevalent is boredom to the human condition that even the philosophers got in on it, SØren Kierkegaard and Arthur Schopenhauer in particular. (There’s a certain irony in philosophers writing about boredom in intellectual argot so impenetrable it puts you to sleep, but … let’s not go there.) These august thinkers posited that the 19th century novel emerged in part to relieve the soporific sameness of everyday life. Bored with their own lives, people could read thrilling tales of characters who were bored with their lives! Flaubert’s Emma Bovary and Tolstoy’s Anna Karenina, both bored with their boring husbands, seek illicit liaisons to spice things up and come to tragic ends. The message seems to be: You can die of boredom or you can go out in a blaze of infidelity. Take your pick.

It’s important to distinguish between boredom and its more sophisticated relatives. Boredom is not acedia (spiritual dryness), nor melancholy (sadness), nor apathy (indifference), nor existential ennui (“been there, done that”). All of these are vaguely romantic, like the handsome prince who, having seen it all, asks wistfully, “Is that all there is?”

Boredom, on the other hand, is just … boring. It’s the “desire for desires,” as Tolstoy puts it. You have plenty of things to do, but you just don’t want to do them. There is no attraction, no satisfaction. You mow the lawn. The lawn is mowed. Life is the same. Yawn.

And instead of romance there is stigma. To be bored in a world where so much is happening is surely a character flaw. What do you want—an engraved invitation? Maybe Ruth Burke was right: Only boring people get bored. 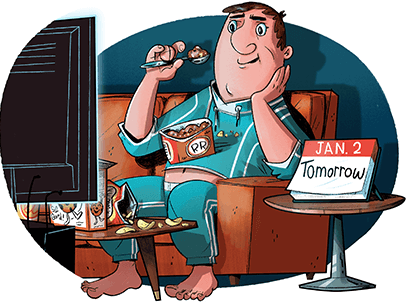 It’s the bane of our existence— and the one thing that keeps us from going absolutely, completely nuts. 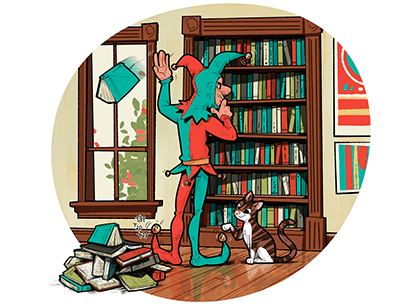 I Have No Idea

Where do writers get their ideas? If you know, please send directions.