From Silent Stutterer to Stand-Up Comedian

Joze Piranian faced his fear of public speaking with a bold first step. Joze Piranian and the hosts of The Toastmasters Podcast dig deeper into stuttering and discuss Piranian's public speaking journey.


For 25 years, Joze Piranian not only feared public speaking, but he went out of his way to make sure he wouldn’t have to speak at all, especially while taking classes at university. It was more than just nerves or standing up in front of his peers—he had a lifelong stutter that left him ashamed, and ultimately silenced.

Originally from Lebanon, Piranian left his home country at 18 to pursue his business and psychology undergraduate degree and master’s in Canada. It was in his second year at university that he begged his professors to exempt him from all his presentations. His objective was to get into a research-oriented field that required little to no speaking. He reached that goal and became a research analyst.

Quite frankly, I wouldn’t be where I am today had it not been for that initial step of joining Toastmasters.

You should hear him now. Piranian, 32, currently lives in Toronto, Canada, and delivers motivational speeches to big-name companies like Google and Tesla, he’s spoken in four languages across multiple continents, he’s given an inspirational TEDx Talk, and has even taken the stage as a stand-up comedian. But his rise to public speaking success didn’t happen overnight. And while Piranian still grapples with a stutter, it no longer stops him. He said it all started with taking an important first step—joining Toastmasters.

Keep reading to learn how Piranian expanded his comfort zone and faced his fear head-on.


What were your biggest hurdles growing up with a stutter?

Growing up in Lebanon with a stutter was not easy—I avoided speaking every time that I could. When I couldn’t avoid it, I felt shame and embarrassment. Why engage the world, I thought, when I could hide in the isolating and yet comforting cocoon of my own silence? Considering that all humans have an innate desire to fit in, being “different” was particularly challenging in my teenage years as well as in my 20s. I have so many stories involving avoiding speaking situations out of the fear of being judged for being different.


Can you talk about the turning point that led you to start speaking up?

After asking several professors to exempt me from both my presentations and any requirements to participate in class discussions, I realized that fear was controlling my life. For what seemed to be a radical obstacle, I needed a radical solution. And that solution was … you guessed it.

Someone in my speech therapy program had mentioned they joined Toastmasters. I looked it up online and was pleased to find out that the university I went to in Montreal had a club [McGill Club at McGill University]! While I was absolutely terrified of going, I did end up taking that step.

During one of my first meetings ever in 2009, I recall having severely stuttered on a word and then apologizing for it. During the evaluation segment of the meeting, one of the members told me something I’ll never forget: “You struggled. Don’t apologize when you’re onstage, though—it’s your time to shine.” I haven’t looked back since!

Quite frankly, I wouldn’t be where I am today had it not been for that initial step of joining Toastmasters. I’ve gained lifelong friendships, collaborative opportunities, and my fellow club members not only made me feel comfortable, but they also taught me valuable lessons about effective public speaking and leadership skills.

I’ve had the pleasure of being a member of different clubs, including McGill Club, Pitchmasters in Toronto, and both Speakers & Leaders and Pro-Toast Club in Beirut, Lebanon. I’ve also visited many clubs along the way, from Canada to Jamaica to Mexico!


Tell us what life is like for you now.

Today I speak professionally at various organizations (including Google, most recently), conferences, and educational institutions. I give speeches about my journey from avoiding speaking to performing stand-up comedy all around the world. In terms of audiences, it has ranged from small groups of five to 10 people all the way up to large venues with thousands of attendees.

I start every performance by telling the audience that I’m going to take a while ... and that they might as well cancel all of their plans for the next 48 hours!

The truth is, it’s an ongoing journey that requires constantly expanding my comfort zone. One of the exercises I had done for several years, before the pandemic, involved going to the mall or other public places where I would challenge myself by talking to 100 complete strangers ... every single week! This exercise, that I first learned in my speech therapy program, proved to be transformational. Joze Piranian speaks at TEDxQueensU in February 2018. His talk was titled "Why your worst fear might be your greatest asset."

What led you down the path of stand-up comedy?

When I started stand-up, I expected it to be a temporary hobby. Fast-forward a few years, and I’ve performed on three continents and in four languages [English, French, Spanish, and Arabic]. It helps that I’ve been a huge fan of stand-up comedy since my teenage years. Whenever I was shying away from social interaction, listening to stand-up comedy performances on the internet or even on my old iPod provided a source of comfort. I have performed most recently in Arabic while in Beirut. It still feels surreal to look back and see how far I’ve come.


What kind of comedy do you like to incorporate? Can you give us one of your best lines?

Besides my observational humor, I joke about having a stutter and the absurd situations and social reactions that happen as a result of being different. I start every performance by telling the audience that I’m going to take a while ... and that they might as well cancel all of their plans for the next 48 hours!


How would you encourage others who may have a stutter, or speech impediment, to follow in your footsteps and face their fear?

I would encourage people who have a stutter, speech impediment, or who are different in other ways, to own their uniqueness. It took me a very long time to come to the conclusion that it’s okay to be different! Use fear as a compass. Once you find that thing that scares you the most, do it. And then, do it again and again and again. Also ... join Toastmasters if you haven’t yet! 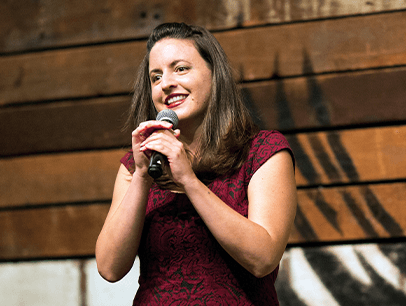 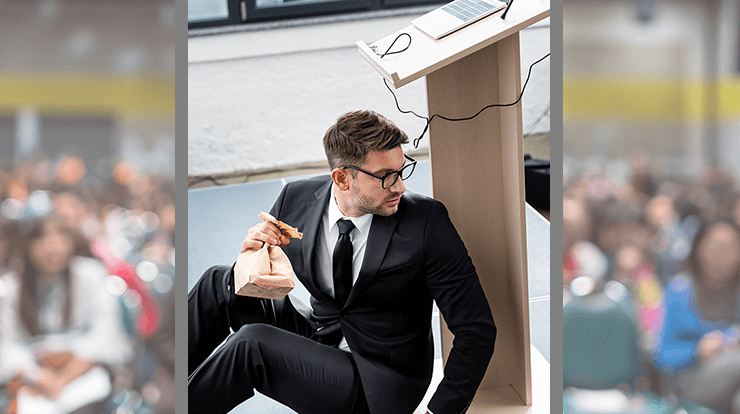 You're not alone. Learn why giving speeches can be terrifying—and how to tame the fear. 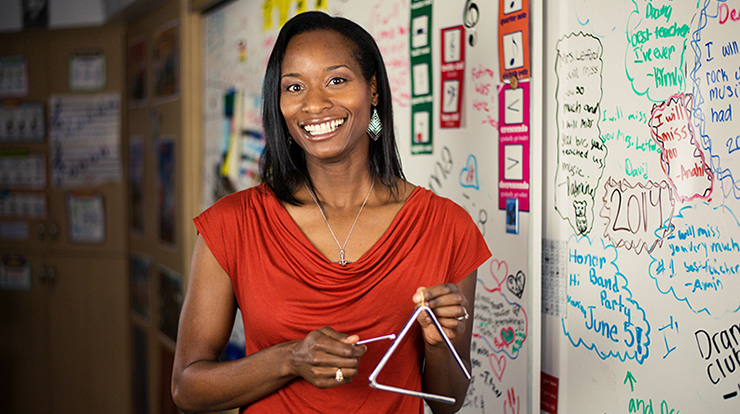