Funny You Should Say That
September 2019

If you think you’re a slow reader, blame it on your fovea. 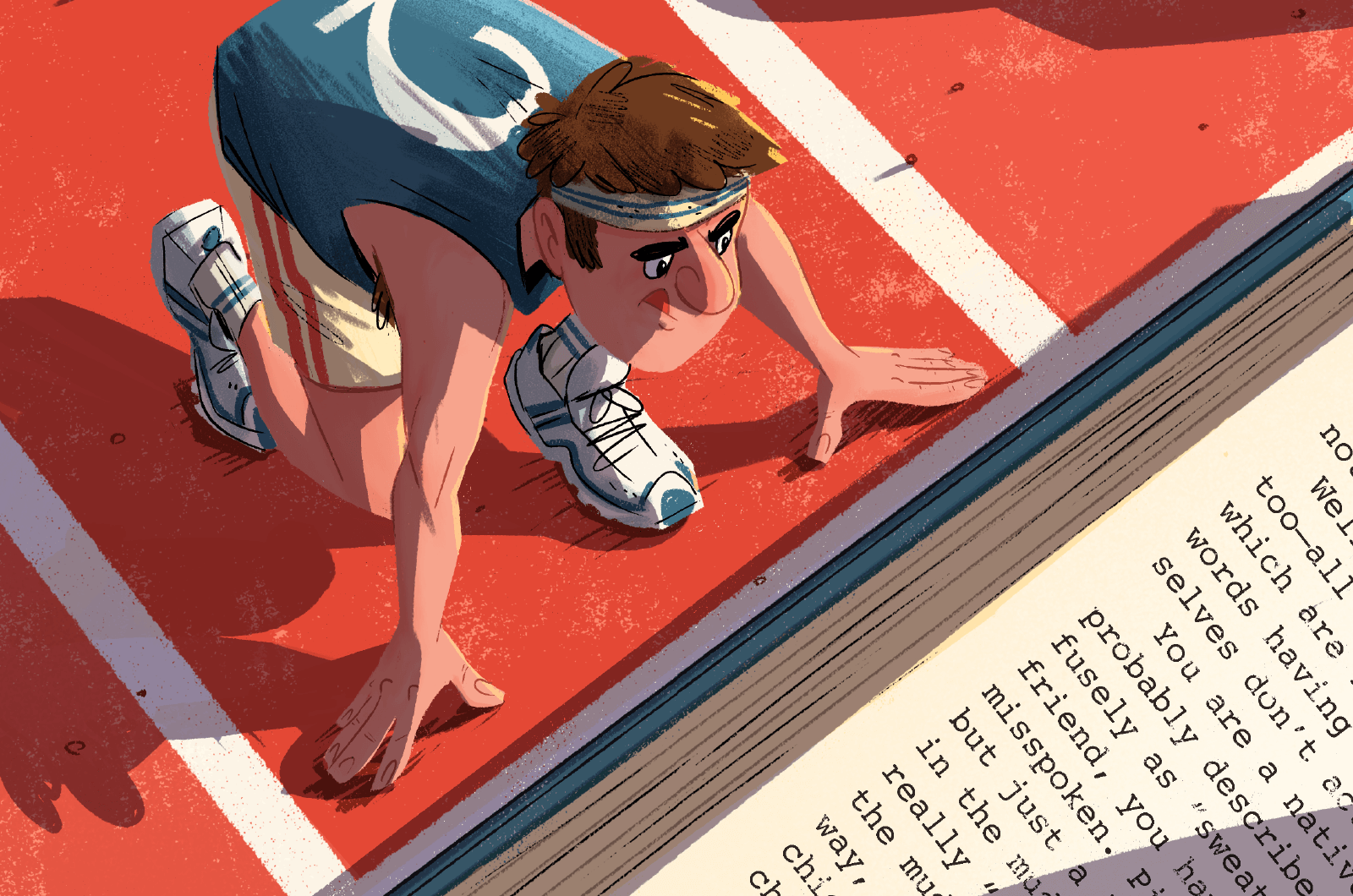 Let’s say you have nine books stacked on your bedside table that remain as unread as the day you bought them, the shortest being 231 pages and the longest spanning 1,225 (yeah, it’s War and Peace and you’ve sworn to read it. Don’t blame me. You’re the one who got ambitious.)

Now let’s say you also know that the average person can read about 300 words per minute. So here you are, staring at a pile of literature roughly 22 inches high containing a few thousand pages that you have to read at the snail-like pace of 300 words per minute. It looks like a grueling, Sisyphean task, and it’s the last thing you see before you go to sleep. No wonder you have a recurring dream that you’re climbing Mount Everest with bowling balls tied to your feet.

Is there hope? Can you lower that pile, or will it forever stand as a small monument to your abject failure as a human being? Well—what if you could not only reduce it but knock it down to nothing in less than a week? Yes, desperate ones, I’m talking about speed-reading. You’ve heard about it, you’ve wondered if it works, and I’m here to give you the final, definitive answer, arrived at through many years of rigorous scientific study: yes and no.

The answer is yes, if you believe a former teacher named Evelyn Wood, who introduced her techniques for speed-reading back in 1958 with her book Reading Skills and the business she founded out of it: Evelyn Wood Reading Dynamics. Her most famous pupils were United States President John F. Kennedy, who claimed to read 1,200 words per minute after taking her course, and a young woman who appeared on the American TV show I’ve Got a Secret to reveal she had read the 689-page novel Gone with the Wind in less than an hour! No scientific evidence backed up any of this, but Ms. Wood’s seminars made her millions, proving at least one thing: An awful lot of people have nine books on their bedside tables.

“Your chances of knocking off Gone With the Wind in less than an hour are equivalent to, well, climbing Mount Everest with bowling balls tied to your feet.”

Her method involved a number of techniques: reading down the page rather than left to right; reading groups of words or whole thoughts in a sort of visual gulp; using a finger to trace the words for better focus; eliminating “subvocalizing,” which is our natural tendency to say the words mentally as we read them; and, if you actually move your lips while reading, simply putting a finger to your mouth.

Employ these techniques, Ms. Wood said, and you will read two to five times faster. But will you remember what you read? Ah, there’s the rub. Experts say this is merely skimming, which typically yields low comprehension. Woody Allen famously said that he used Ms. Wood’s method to read the aforementioned War and Peace and could tell you it had “something to do with Russia.”

So much for the “yes” part of the answer. The “no” part comes from actual medical research that finds that, given the anatomy of the human eye and the way it reads, your chances of knocking off Gone With the Wind in less than an hour are equivalent to, well, climbing Mount Everest with bowling balls tied to your feet. Blame it on your “fovea,” the part of your retina that focuses on the words you read long enough to take in their meaning. It’s a slow reader—one or two words at a time. Visual gulps? No, tiny nibbles.

But wait! Wasn’t there a Howard Berg in the Guinness Book of World Records who claimed to read 25,000 words per minute? Yes, but then he was challenged by Maria Teresa Calderon, who said she was whipping through 80,000—with 100% comprehension!! Of course, you had to take their word for it. Maybe that’s why there’s no longer a Guinness World Champion Speed Reader category.

As for me, I enjoy reading, so I take my time. The sooner I finish a book the sooner I’ll have to mow the lawn. I don’t need speed-reading. What I need is speed-writing. Then maybe I’d turn my columns in on time. 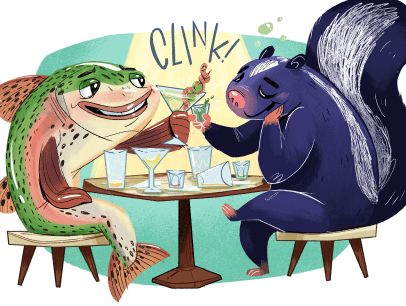 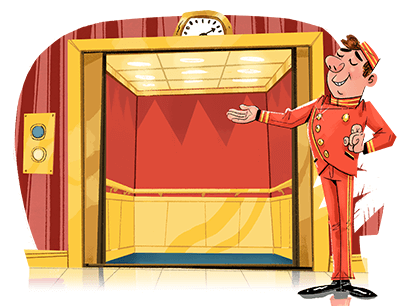 Can I have 30 seconds of your time? No? Well, then I’ll just take them.