In August, Toastmasters from around the world gathered in Denver, Colorado, for four days of inspiration, friendship, and learning. One attendee called the event “Toastmasters without borders.”

This is an apt description for the fast-paced program, which drew more than 1,700 members—41% of whom were first timers—representing 71 countries around the globe.

Opening Ceremonies included the always impressive and moving Parade of Flags, where members dressed in national costumes carrying the flags of nations in which Toastmasters has a presence. Keynote speaker Phil Hansen, an internationally recognized multimedia artist, author, and innovator, spoke afterward. His energetic and inspiring presentation, “Embrace the Shake,” examined how working within our limitations, rather than letting them defeat us, can actually expand our possibilities.

Entrepreneur Jia Jiang received Toastmasters’ prestigious 2019 Golden Gavel award for his training methodology around a common yet painful experience: being rejected. He spoke about what he learned by confronting his biggest fear, rejection, head-on, every day, for 100 days. Jiang is a pioneer in the concept of rejection therapy, and his 2017 TED Talk was one of the most viewed talks of that year.

Toastmasters World Headquarters is located about 20 minutes from the Gaylord Rockies Resort & Convention Center, where the convention was based. Many attendees took advantage of the proximity to visit the new offices; the organization relocated from California nearly two years ago. For two days, buses brought hundreds of enthusiastic visitors to Headquarters for the Smedley Tours.

During the tours, Toastmasters met staff, browsed the just-installed interactive museum, and took countless selfies with staff, each other, at the building’s front door, with a portrait of Ralph C. Smedley, and posing with their country’s flag, which was part of a custom lobby display featuring the flags of all countries with Toastmasters clubs. Proceeds from the Smedley Tours went to support the Smedley Fund.

All 12 proposed amendments to the Bylaws of Toastmasters International and the Club Constitution were adopted during the Annual Business Meeting. Members can read more about these amendments on the Toastmasters website.


New Board of Directors

Deepak Menon, DTM, of New Delhi, India, was installed as the 2019-2020 International President during inaugural ceremonies on August 24. A chartered accountant and partner with the New Delhi firm of J.P., Kapur & Uberai, Menon has been a Toastmaster for 17 years and played a key role in club growth across India and neighboring countries.

In addition, Presidential Citations were given to 18 members for exemplary service and dedication at the club, district, or international level. 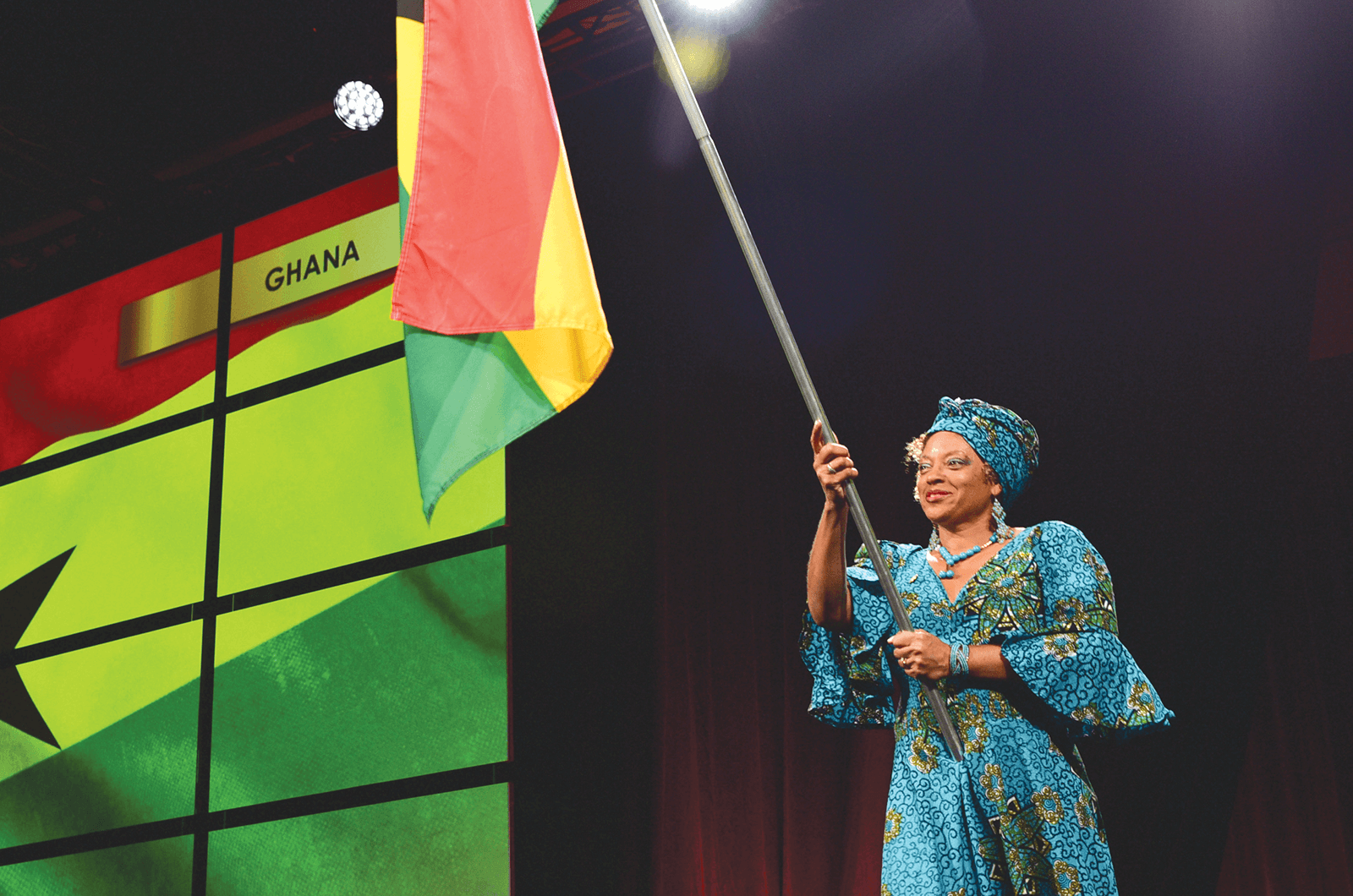 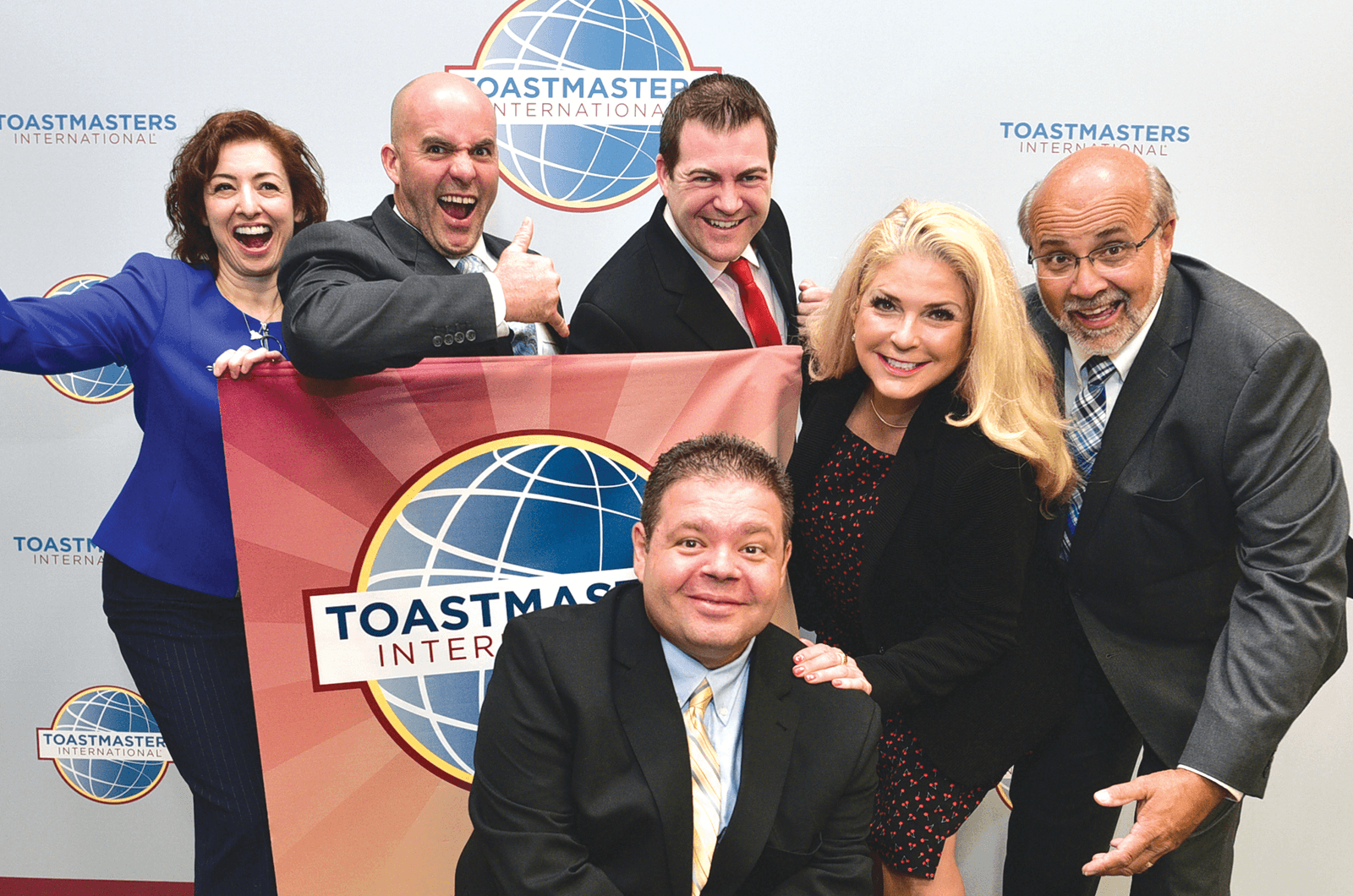 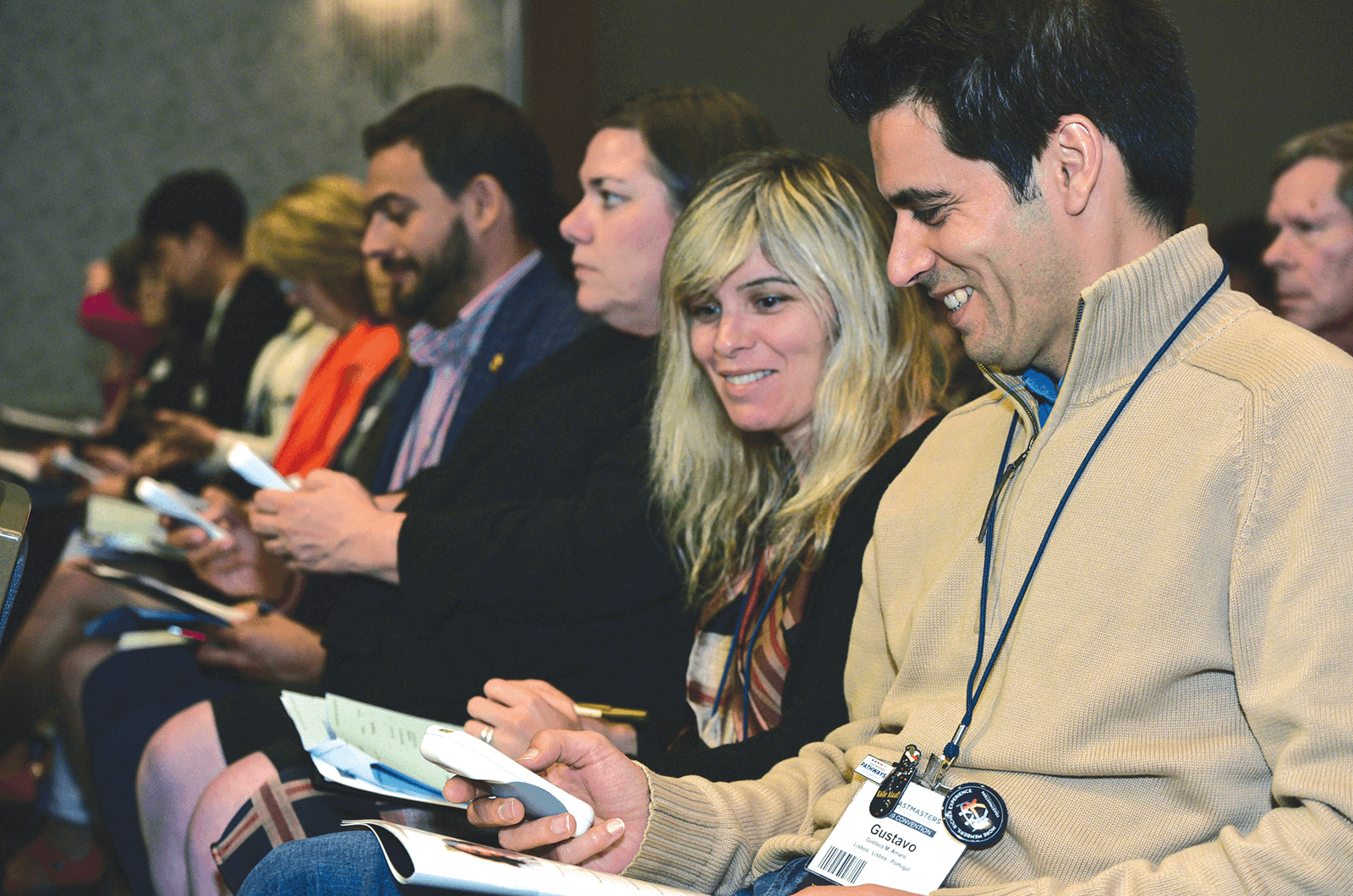 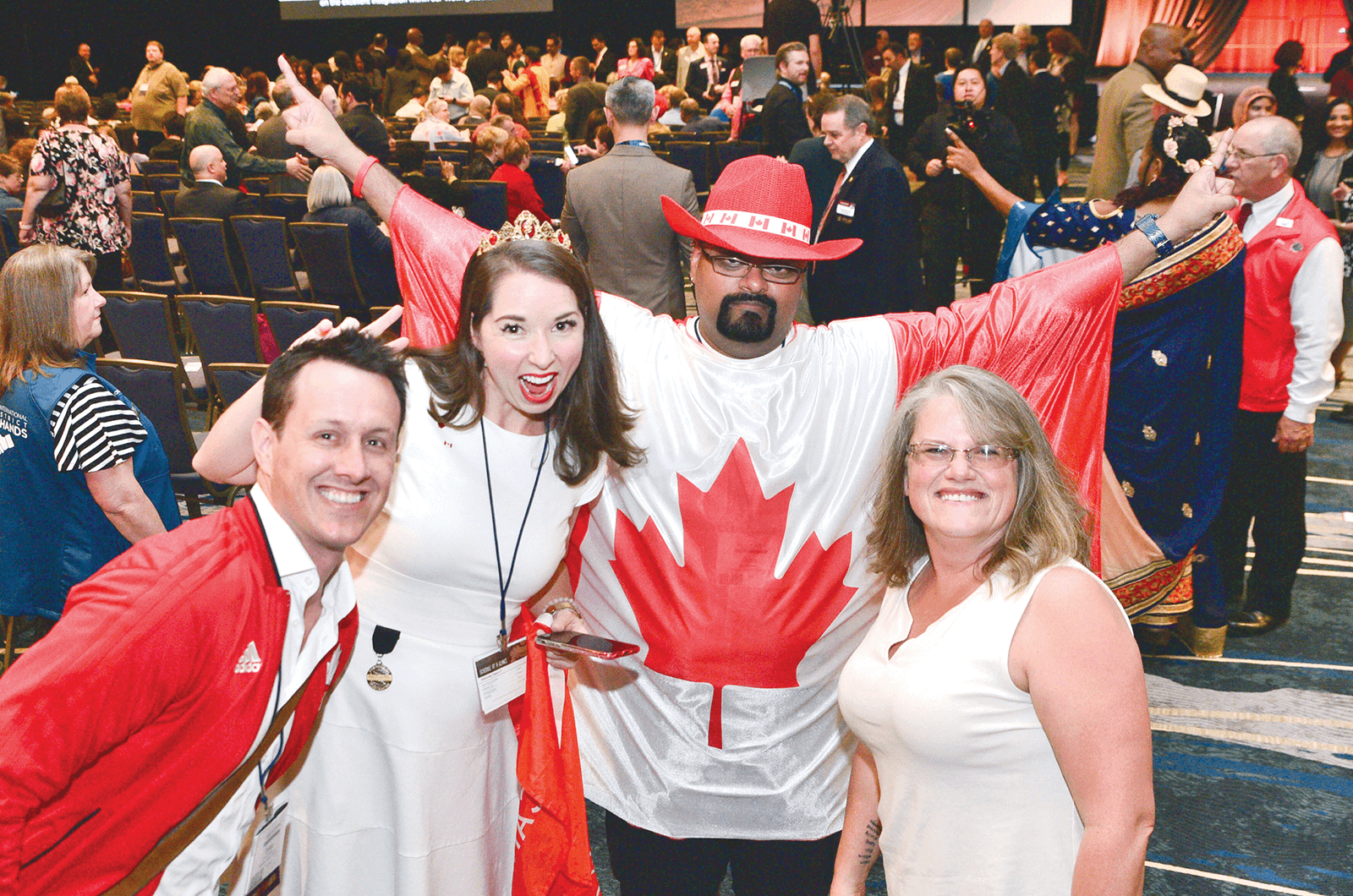 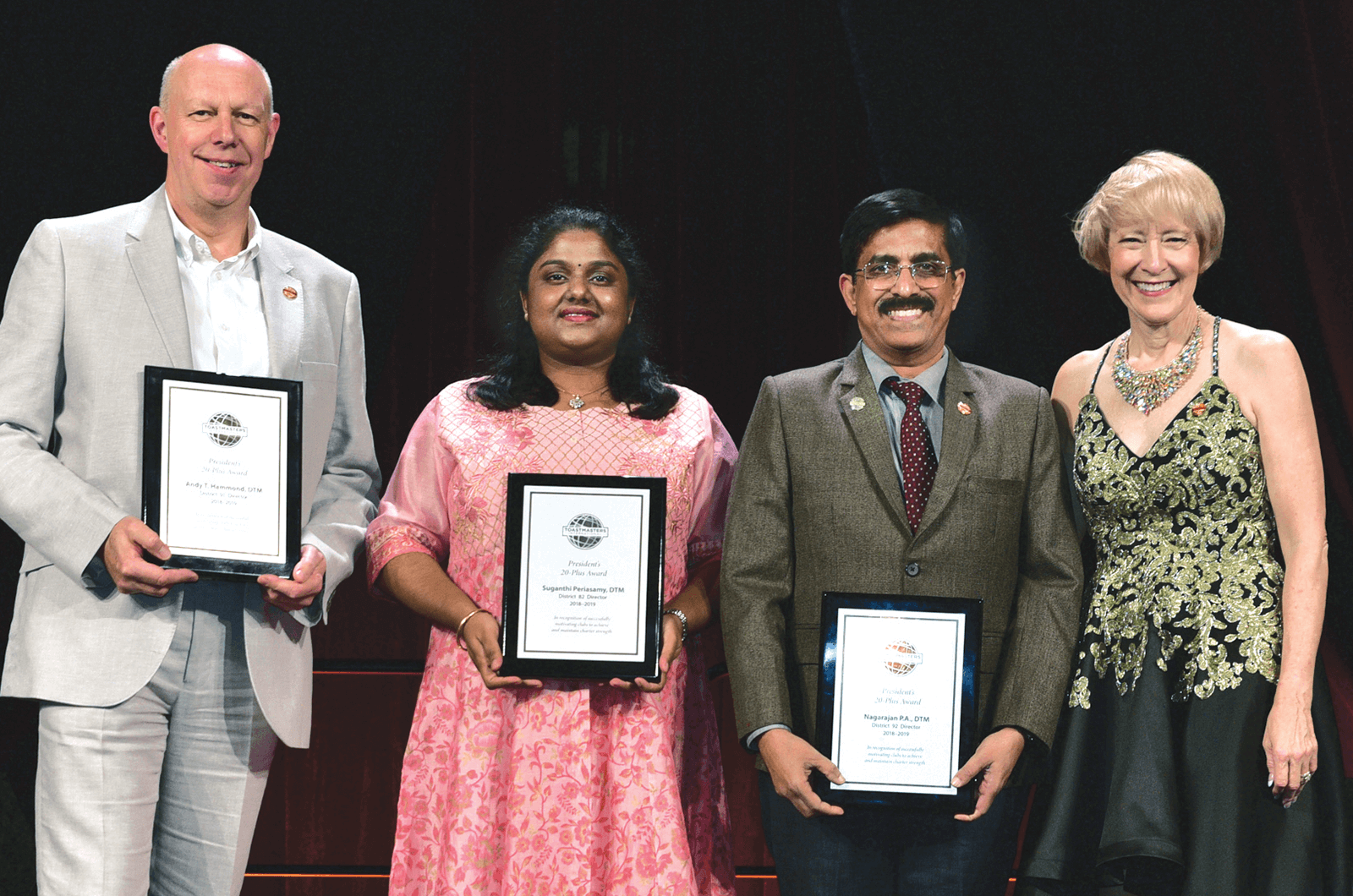 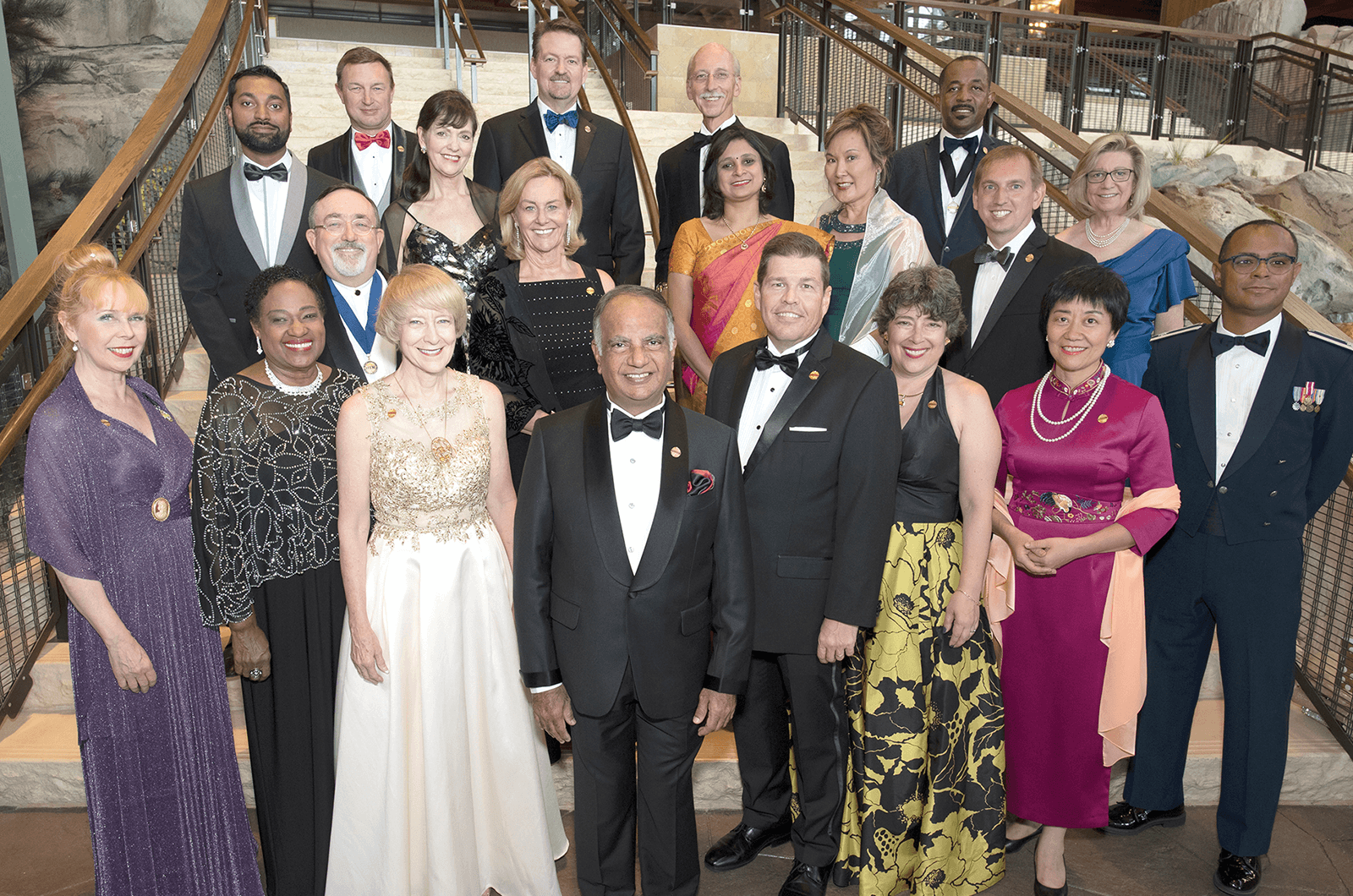 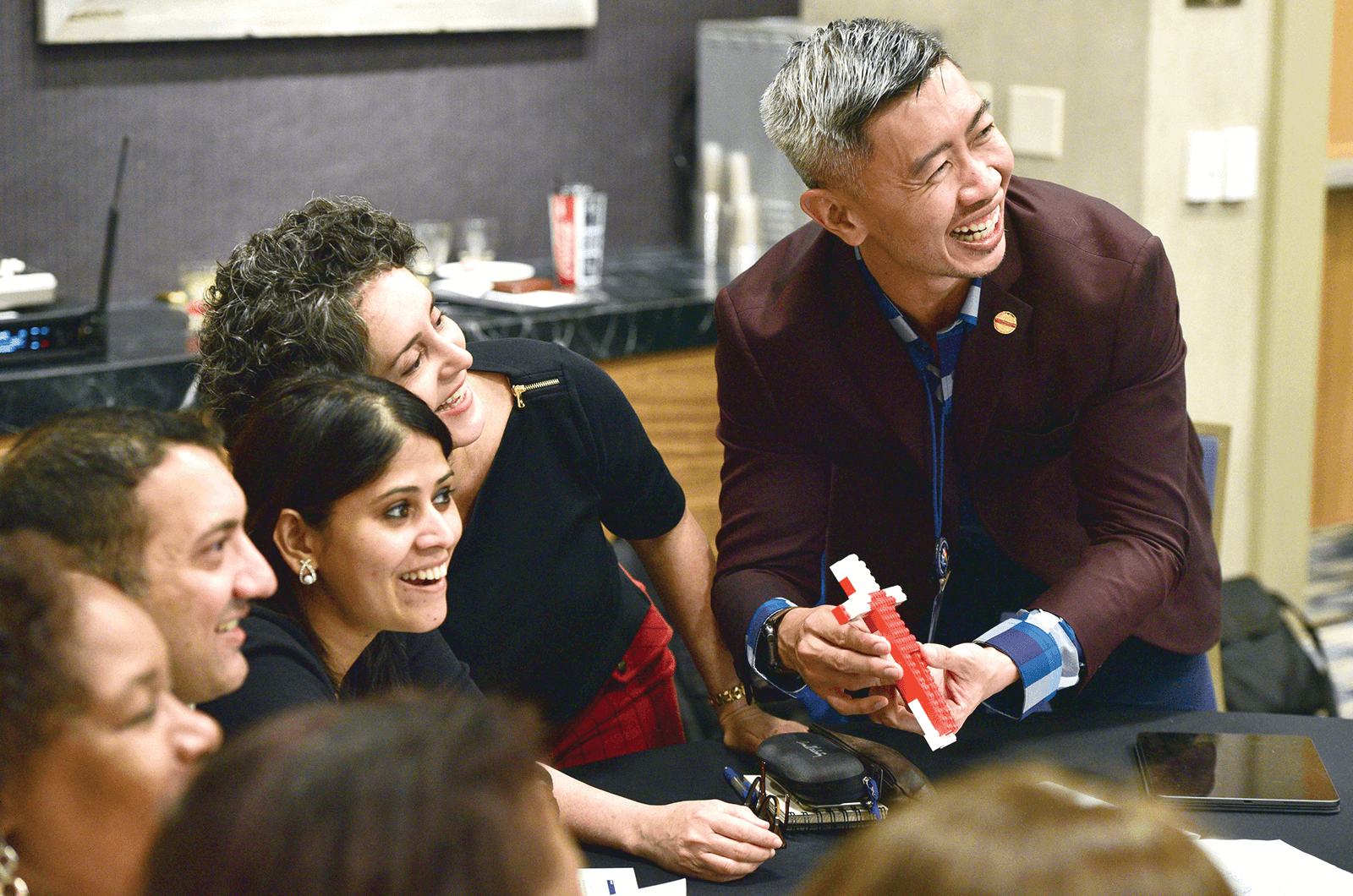 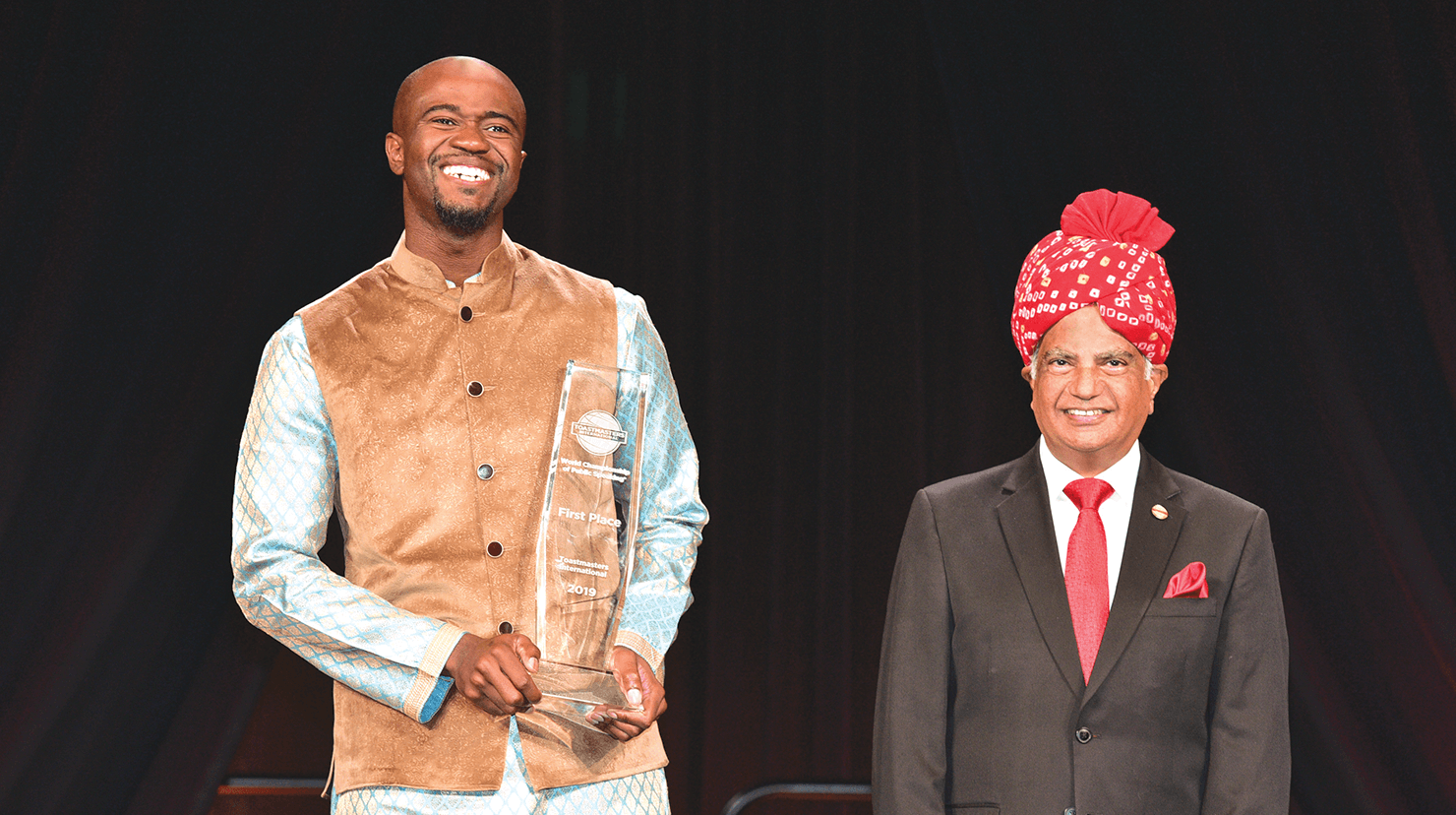 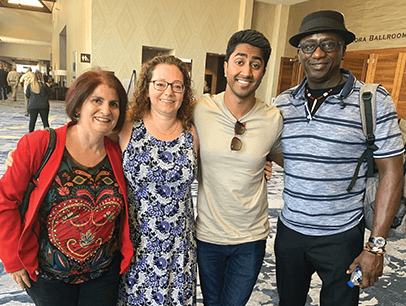 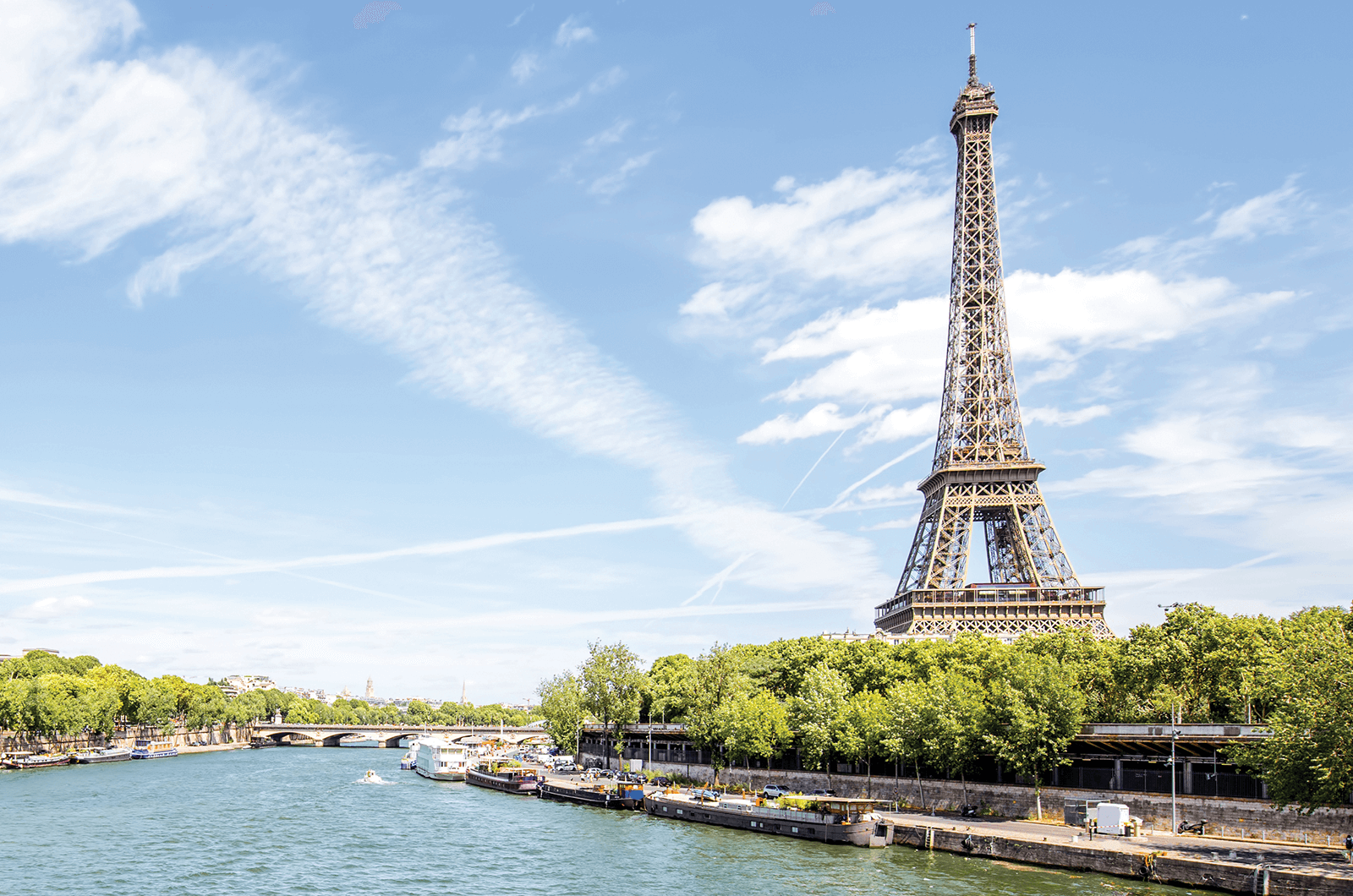 In 2020, the 89th Annual Toastmasters International Convention will be held in Europe for the first time! Mark your calendar for August 5-8, 2020, to gather with friends at the Palais des Congrès de Paris, in Paris, France. Register now and get 2019 pricing through December 31, 2019!