Use the Stage as a Visual Aid

How to enhance your message by moving with precision and purpose.

Click play to hear additional tips from the author on how to drive the point of your message home visually.

When I say “visual aid” what do you think of? PowerPoint slides? Flip charts? Props? I think one of the most powerful visual aids is the stage.

The stage! Isn’t that simply the floor or platform upon which we speak? Unless we are constrained to speaking behind a lectern or similar small space, the stage provides a unique opportunity to involve your audience in the experience of your message.

How do many speakers today use the stage? Some stand still. Others pace around aimlessly, relieving whatever tension they may feel in speaking. And others methodically move from one side of the stage to the other, either to speak to all members of their audience or generate energy in their listeners.

For me, however, such pacing doesn’t create energy; it creates tension. And it distracts me from listening to what the speaker has to say. I want the stage to enhance the communication of my message.

Here are three ways to do that.

1 Reenact a personal story or illustration. I remember vividly a story told by the 1999 Toastmasters World Champion of Public Speaking, Craig Valentine. He shared an anecdote about being on a tour boat. The bow of the boat was represented by one part of the stage, the stern of the boat by another. He acted out his entire story within that mental structure. We could see it. And I remember it to this day.

Several years ago, I entered the International Speech Contest with a speech about a lesson I had learned while working at a radio station. My story involved the studio, my boss’s office and the radio newsroom. As I progressed through my story, I changed my stage location accordingly. That’s how you can make your story real.

2 Incorporate the image of a continuum, or scale. In one of my training segments, I talk about the level of a speaker’s expressiveness. I start by saying, “Imagine this stage is a continuum. At this end” (here I move to one end of the stage—my right, the audience’s left) “is a total monotone. At the other end”—as I move to the opposite side—“is a raving lunatic. Each of us places ourselves at some point on this scale.” I then explain there is a particular range of expressiveness that is most effective, and I move to that area on the continuum.

“As I progressed through my story, I changed my stage location accordingly. That’s how you can make your story real.”

I presented this technique at my club, and on a number of occasions since then, a speech evaluator, when encouraging the speaker to be more expressive, has walked to that part of the stage I had moved to during my presentation. They got what I said—verbally and visually—and it stuck with them.

3 Use your creativity. Ask yourself, Can I visually illustrate my point? I was in a club meeting one time where a speaker pointed out all the places she and her husband had lived in the United States. In my evaluation, I suggested she use the stage as a map, to visually reference each area where they lived. The couple started out in Detroit, so I suggested she stand in the center-back to represent the Midwest. They then moved to Boston, so I recommended she step to her left (the audience’s right) and remain in the back. This would represent the Northeast. The couple’s next move was to San Diego, which meant she could step to the front-right to symbolize California. This strategic movement onstage takes the audience along on her journey.


The lesson I have learned is that a visual presentation of your message greatly enhances the audience members’ understanding and retention of it. And the stage is frequently the best way to achieve that.

So I ask you: How can you use the stage in your next presentation? 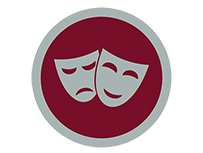 How to Master the Stage

Liven up your speeches with expressive dialogue.