The Feeling Is Virtual

The pros and cons of online meeting participation. 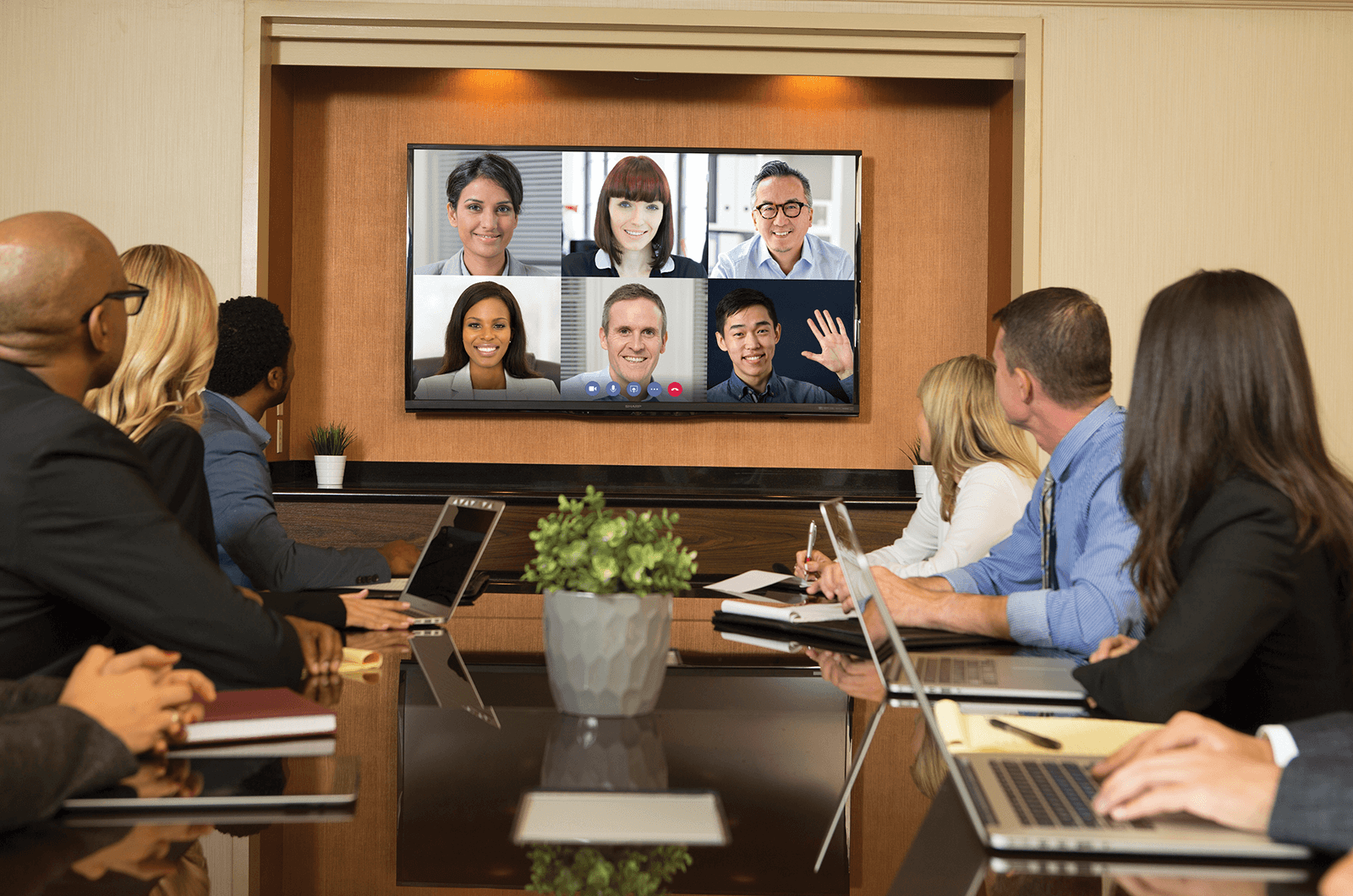 It’s 7:30 on a Tuesday evening when members begin to arrive. The club president banters with guests as the sergeant at arms tends to final details. There’s a friendly vibe and an air of expectancy, as you might find at any Toastmasters meeting. Members take their places, and the meeting gets underway.

What’s different about Competitive Communicators is that this club meets online. Its members, hailing from opposite sides of the globe, connect once a week using Zoom, a video-conferencing platform. They may never meet in person.

Competitive Communicators was among the first to charter as an online-only club under new rules adopted by the Toastmasters International Board of Directors in 2015. Online-only clubs meet virtually, untethered to a physical room or geographic location. “It was quite a stir,” recalls Toastmasters board member Monique Levesque-Pharoah, DTM, describing the groundswell that led to the change. Among established clubs, “there was a lot of excitement about being the first clubs to try it out.”

The new rules also made it possible for traditional brick-and-mortar clubs to allow up to half their members to attend online, beaming into the room through video-conferencing technology, as long as the majority continue to meet face to face. These hybrid clubs are officially referred to as “online-attendance clubs.” Currently, Toastmasters International has 15 online-only and more than 600 online-attendance clubs.

“Don’t expect the same magic that you’d get from a face-to-face club. An online club fills another role.”

The growth in virtual participation comes as organizations worldwide increasingly use video conferencing to reduce travel costs, boost productivity and accommodate remote workers. Globally, video-calling apps like Skype and WeChat have become extremely popular. A 2016 study by market research company The NPD Group shows that smartphone users between ages 18–34 conduct video calls on their devices, while the Pew Research Center notes 47 percent of teenagers under the age of 18 use video calling or chats while on the phone.

Joining an online-only or online-attendance club is a great way to improve your video-conferencing skills. As I learned in my conversations with early adopters, there are many reasons to give it a try—as well as some important caveats.

Paul Finkelstein, DTM, who co-founded Competitive Communicators, saw online participation as a way to get more speeches under his belt. Based in Delray Beach, Florida, Finkelstein earned credit toward his Distinguished Toastmaster award by serving as a club sponsor. He promoted the online-only club through Facebook, Twitter and YouTube, building it up to 50 members in the first year. “I told everybody, if they want to get an extra speech in, take advantage of this,” he says.

Others join online-only clubs specifically to improve their video-conferencing skills, because they use this technology for work. Among them is Graham Cairns, DTM, of Brisbane, Australia. “You can’t do today’s business with yesterday’s tools,” says Cairns, a former radio announcer. He belongs to three online-only clubs, including Online Presenters, which according to the club’s website, “caters to those who give online presentations professionally.”

Matt Krause, CC, a communication consultant based in Istanbul, was interested for similar reasons. Krause uses video conferencing to connect with far-flung clients. Last year, he launched a prospective online-only club with other members of Istanbul Toastmasters in order to work on webinar skills.

When it comes to online-attendance clubs, the motivation for joining may be slightly different. These clubs meet in a physical location, so online attendees often have some prior connection. Perhaps they normally attend in person but happen to be out of town. Perhaps they’ve moved. Or perhaps they’ve visited a club while traveling and want to maintain a connection.

There’s no doubt as to the utility. But if you’re considering online participation, you should be aware of the trade-offs.

Speakers also find it harder to read the audience. “There isn’t any applause—and that was my favorite part of Toastmasters,” says Finkelstein. (Some clubs work around this by having members unmute themselves to clap.) You don’t hear the spontaneous laughter that normally accompanies a well-delivered line. Audience participation may be awkward.

Members of online-only clubs also might miss the camaraderie of being in the same physical space. “Don’t expect the same magic that you’d get from a face-to-face club,” says Krause. “An online club fills another role. You’re learning skills, like how to appear on TV or how to do video.”

Being aware of these trade-offs will help set your expectations. If you’re wondering whether virtual participation is right for you, the best thing to do is just try it. You can find a list of online-only clubs via “Find a Club” at toastmasters.org. You can also search the “Find a Club” database for face-to-face clubs with “Online Attendance Accepted.”

The equipment needed for virtual participation obviously differs from face-to-face. Clubs must first decide on which video-conferencing platform to use. Although there are dozens to choose from, the majority of online-only clubs currently use Zoom. Clubs pay for a subscription and provide a meeting link (URL) to members, who download the software or app prior to use. Members can log in using a laptop, smartphone or other internet-connected device, so long as they have a webcam and microphone.

Face-to-face clubs with optional online-attendance require additional equipment, such as a projector, screen and loudspeakers. These clubs designate a meeting manager as well as a camera operator. They must be conscious of the seating arrangement and placement of the lectern and screen. Some suggest keeping the screen to the side, so it doesn’t distract from in-person speakers. When it’s time for a virtual attendee to speak, audience members turn toward the screen.

Another concern for online-only clubs and online-attendance clubs is privacy. Some clubs (like Competitive Communicators) record their meetings and publicly post them to video-sharing sites like YouTube. Finkelstein finds this useful both for self-evaluation and for recruiting, as the videos are openly available for anyone to view. But it’s important for clubs to have a clearly stated policy so members know what they’re getting into. Stating the policy upfront at every meeting gives people a chance to opt out if they don’t want to be recorded.

“You can’t do today’s business with yesterday’s tools.”

Finally, adding an online-attendance option requires an amendment to your club constitution filed with Toastmasters International. Online-only clubs charter as such. There’s no difference in chartering fees or dues paid to Toastmasters International, but clubs are responsible for maintaining their own software and hardware and finding their own video-conferencing platform.


Adapting to online participation requires an open mindset and sense of adventure—character traits that many Toastmasters strive for. “We really subscribe to lifelong learning,” says TI board member Levesque-Pharoah. “It has more to do with personality than with age. If you’re clear about your purpose and prepared to make adjustments, you’ll find much to gain.”

5 TIPS FOR PARTICIPATING IN AN ONLINE MEETING 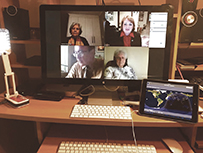 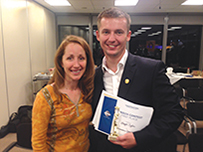 5 TIPS FOR PARTICIPATING IN AN ONLINE MEETING

Video conferencing technology allows you to connect with your club from the comfort of your own home. But it’s tempting to get too casual. Keep these things in mind as you prepare.


1 Master the technology. Be sure to install necessary video-conferencing software well in advance of the meeting. Test your webcam and microphone. During the meeting, mute yourself when it’s not your turn to speak to avoid distracting others with background noises.


2 Look into the camera. Whether using a computer or mobile device, it’s important to place your webcam at eye level. Look directly into the camera instead of at the screen; any slight difference in the angle of your gaze will be noticeable to the audience. 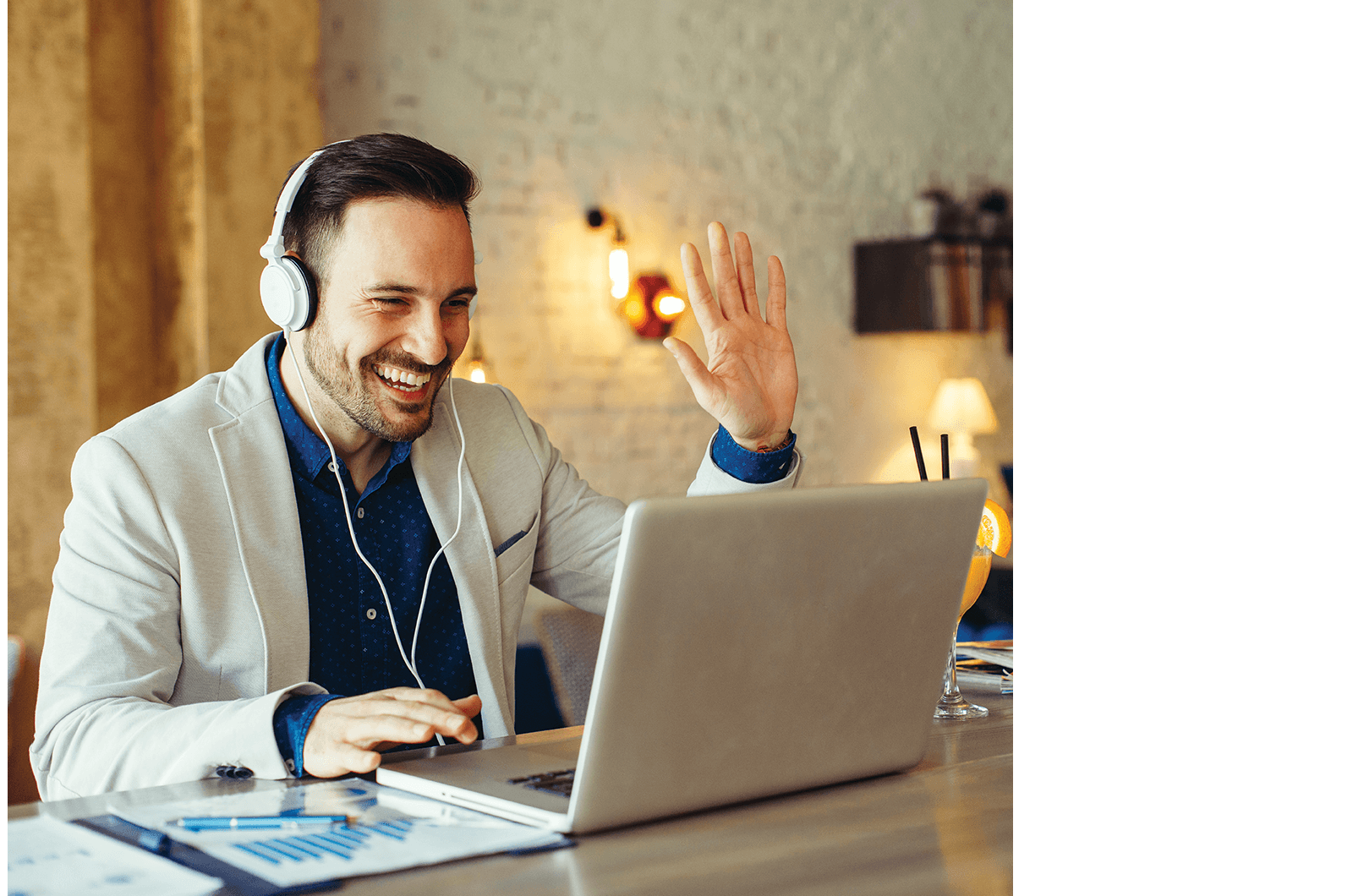 3 Verbally direct traffic. Because of limited body-language cues, people may find it hard to tell when it’s their turn to speak. This is especially true when asking for audience participation or group introductions. You can alleviate this by calling on people by name and/or verbalizing the speaking order in advance. Well-placed pauses give your audience a chance to ask questions. If there’s a planned time for Q&A, announce that as well.


4 Don’t get too comfortable. It’s easy to let your guard down, especially when connecting from home. But remember that, even when you’re not speaking, you’re still on camera, and people can see you. Avoid slouching, resting your chin in palm or dressing too casually. Also avoid eating, clipping your nails or other distracting behaviors. Most video conferencing platforms have a “gallery” view that lets participants see each other simultaneously. As a sign of respect to others, keep your camera on and be mentally and visually present.


5 Watch yourself. If your club records its meetings, watch the video afterward and evaluate your own performance. Look for distracting mannerisms. “Everything gets exaggerated,” says Angel Audiffred, a New York–based Toastmaster who works in television. “When you put your hand to your face, tug on your ear, push your hair back—whatever mannerisms that usually go unnoticed in daily interactions are exaggerated on TV.”