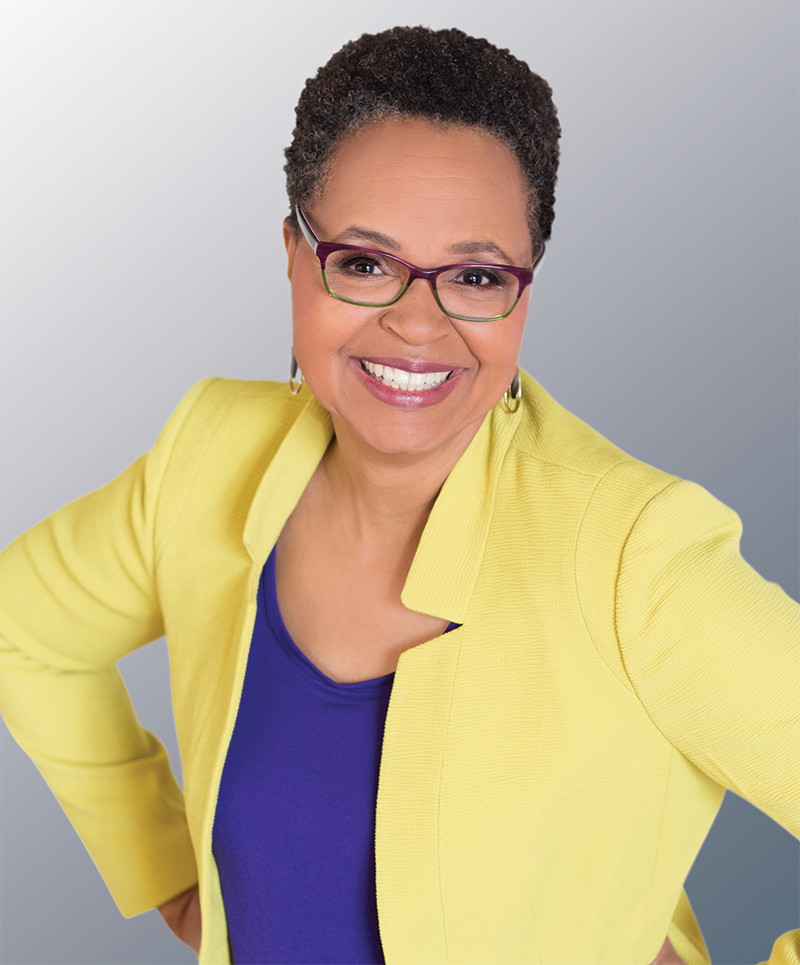 A fear of heights didn’t stop Lynette Charity, CC, from jumping out of an airplane. The anesthesiologist, professional speaker, humorist, author and retired lieutenant colonel of the U.S. Army Medical Corps had been asked to make the jump in honor of the “Triple Nickles,” the first parachute infantry test battalion of black Americans. “Sometimes, you just have to take a leap of faith,” she says.

Charity has been following her own advice and taking big leaps since childhood—which began in Virginia, on the precipice of racial integration in the South. Many voices tried to tear her down, saying she (one of the first black students in her area to attend a white school) would never do something like become a doctor. But she did exactly that—and says she always knew that would be her path. However, her path is expanding: the World Championship of Public Speaking semifinalist gives inspirational speeches to audiences across the United States, still practices medicine, is writing and rewriting her memoir and performs stand-up comedy.


When did you join Toastmasters and why?

In 2012 I hit a crossroad in my career as a physician. I had been practicing for over 30 years and watched as technology took away my ability to practice medicine the way I wanted to. After an altercation with the chief of my department, my contract was terminated and then I felt lost and obsolete. I attended a conference called “Non-Clinical Careers for the Retiring Physician” where I met a career coach who suggested I join Toastmasters. I wondered, “How is learning how to toast going to help me become a stand-up comic?” But I decided to try. It was out of my comfort zone but the members were so welcoming.


How did you overcome being told you won’t accomplish your dreams?

During my competition days, my coach Craig Valentine [1999 World Champion of Public Speaking] told me: “Be too good for it to matter.” I guess I lived that rule long before I met him. In high school I was told, “No medical school is gonna take a colored girl.” I had to prove them wrong. I was in the National Honor Society, a member of the student council and a National Merit Scholar. I received a four-year academic scholarship to college and graduated with honors. I worked in laboratories, nursing homes, disabled children’s homes and even as a medical secretary. My greatest assets were my intelligence and the drive to achieve. Hard work, perseverance and resilience will get you there.


How important is support from other people?

You cannot grow in a vacuum of self-absorption. I had so many mentors throughout my life, and I still do. I had the drive, but not the knowledge. My mentors showed me the ropes—how to navigate my journey to get to my success. I couldn’t have gotten to where I am without help.


Is it difficult to craft inspirational speeches meant to help people help themselves?

I suggest ways they can resolve an issue causing them grief, say a dream unfilled. Instead of “I’ll give that a try,” I get “That’s not going to work.” My response is “How do you know if you won’t try it?” And the response is “Because I do!” It is frustrating. No matter how much you try to motivate someone, or shift their mindset from negative to positive, it still takes effort on their part. I can’t make anyone do anything. Until you do something, it remains just a dream.


How do you grow in the face of prejudice?

I have come to believe that all I can do is attempt to change others’ opinions of me, and me alone, through my actions. I choose not to be a spokesperson for the masses. My message is how I overcame adversity through hard work, perseverance and resilience. You must be comfortable in your own skin and attempt to treat everyone the way you wish to be treated.

Nia Brown is a former editorial assistant of the Toastmaster magazine.