For 10 years, Peter Dhu hardly spoke. He didn’t speak at school. He didn’t even speak at his wedding. “I didn’t do any wedding speech. I didn’t do any wedding vows—my vows were a nod,” says the Australian native. “The priest read out, ‘Peter, do you take Violet to be your lawful wedded wife?’ And I nodded.” But he had known his wife since he was 5.

“We grew up together. We went to school together. So she knew about my stutter. Dating was playing squash once a week.”

He now earns a living as a public speaker.

Dhu retains a stutter that for much of his life caused embarrassment and ridicule. “My stutter was so bad, it took me one minute or longer to say one word,” he recalls. His schoolmates teased him and called him “Dumb Peter.” He performed well on exams and even sang in the school choir because, he says, people don’t stutter when they sing. But when teachers asked him questions in class, he would shrug his shoulders or say he didn’t know the answer—even when he did. “I was assumed to be not very clever.”

At age 15, he attended an all-boys boarding school in Perth, Australia, and quickly learned the safest way to hide his speech impairment was not to speak. Upon his arrival, he immediately met an impatient enrollment clerk: “He asked me my name, next of kin, my address, my medical history, and I was struggling to speak,” Dhu recalls. “He got really frustrated and said, ‘I don’t have time for this. Here’s the form. Fill it out yourself.’ So I filled it out myself and realized this was easier for me than speaking.” He became an elective mute; instead of speaking, he relied on writing, gestures and body language to communicate. Still, he was successful in obtaining a master’s degree, and he found work as a clinical micro­biologist at a hospital.

Jane Fraser, president of the Stuttering Foundation of America, says Dhu’s situation is not uncommon. “Fear of speaking in any situation is perhaps the biggest challenge for many people who stutter,” she says.

“By the end of my first few months as a Toastmaster, I had found my drive. I found my purpose in life; I found my true calling, so there was no holding me back.”

Now 61, the man has done a complete 180-degree turnaround: He speaks for a living and trains others to overcome challenges in their lives. While he still stutters, he no longer lets that silence him. “I’ve learned to embrace my stutter,” says Dhu, ACS, a former member of Curtin GSB Sundowner Toastmasters in Perth. Now when he stutters he’s able to recover seamlessly. The more you try to hide something, the harder it is, he reveals. “This is my speaking career, and what’s unique about me as a speaker is that I stutter,” he says.

Dhu says joining Toastmasters helped him make this radical transformation. “By the end of my first few months as a Toastmaster, I had found my drive,” he says. “I found my purpose in life; I found my true calling, so there was no holding me back.”

Overcoming his inability to speak was a long journey, and Dhu points to a couple of tipping points in his life that inspired him. The first happened when he was 25.

After working five years as a clinical microbiologist, he thought he had been getting away with not speaking much at work. “My job was just looking at the microscope, and diagnosing and writing reports, so I didn’t need to speak.” However, he noticed he wasn’t getting the same opportunities to advance that his colleagues were. “People younger than me with less experience were getting promoted over me, so they were getting all these opportunities to become senior medical scientists and laboratory managers, while I was staying as a level-one medical scientist down in the basement,” he says.

When Dhu plucked up the courage to ask his boss why he wasn’t being considered for promotions, he was told his communication skills were so bad that he would never succeed. This experience led him to see a speech pathologist, something he’d avoided prior to that point.

While speech therapy didn’t eliminate his stutter, he says it helped him get some control over it. Through a technique called fluency shaping (or “smooth speech” in Australia), he learned to slow down, breathe deeper and use “soft contacts” to make his speech smoother.

Using soft contacts is a way to soften words such as “dog” that start with hard, plosive consonants by blowing air before forming the word, Dhu explains. “Soft contacts include the ‘h’ in ‘hello,’ where the lips don’t touch and the ‘h’ is often silent—just a little exhale of air. So if you put an ‘h’ before ‘dog,’ you can soften the contact and are less likely to block or stutter on the hard contact.” 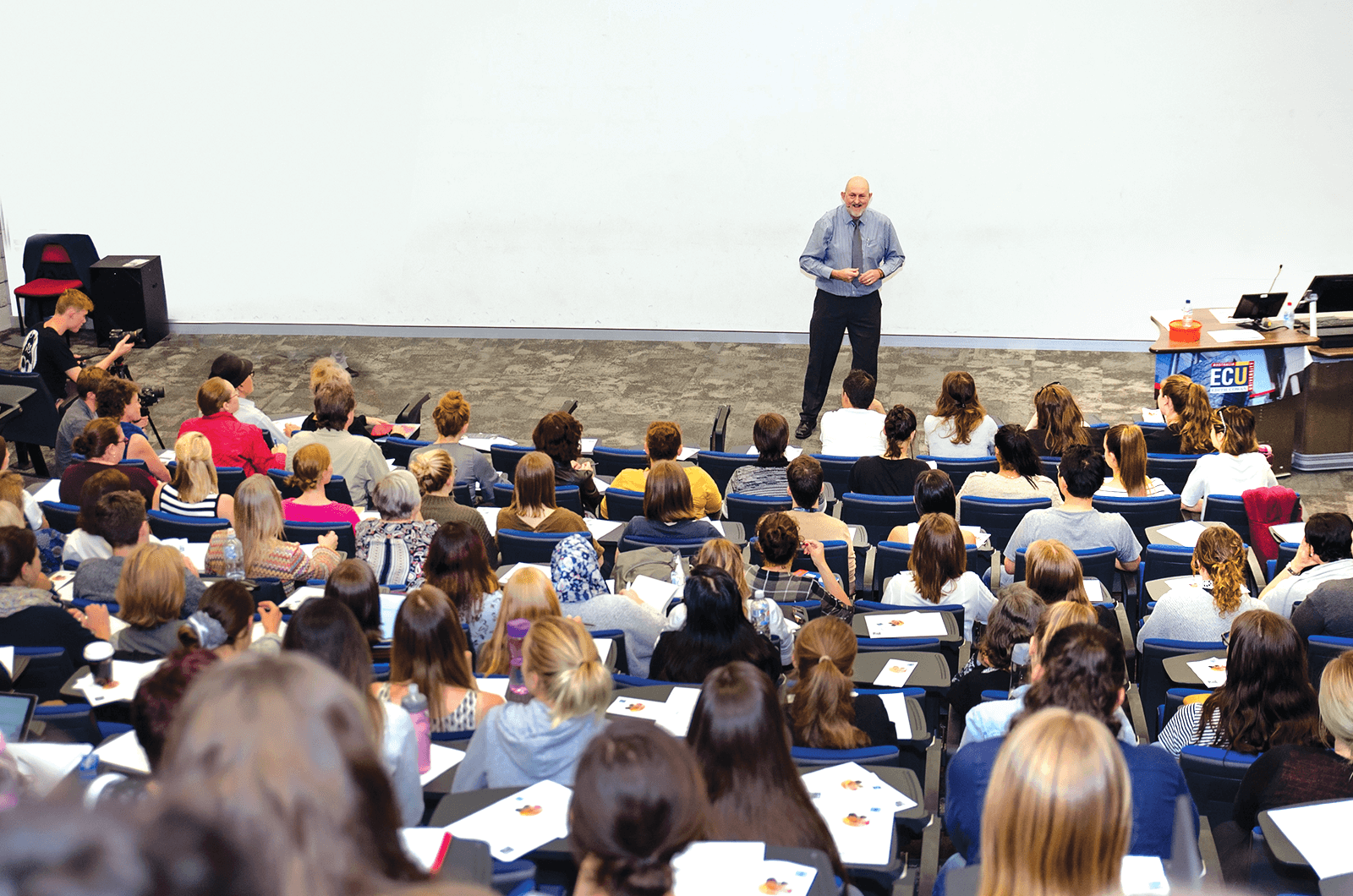 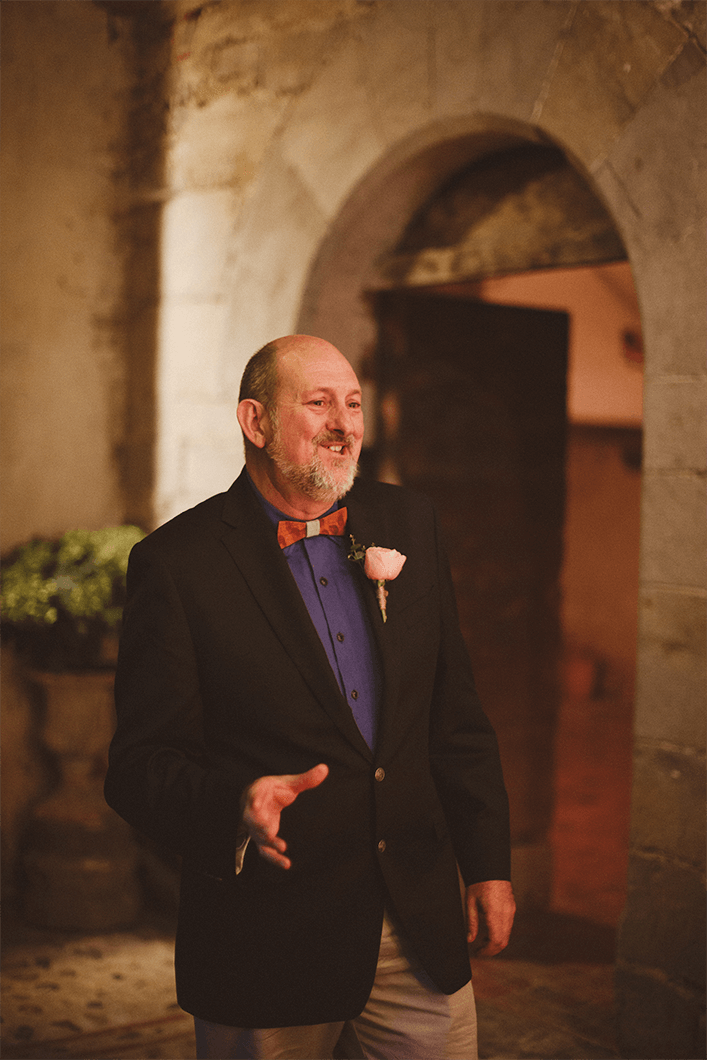 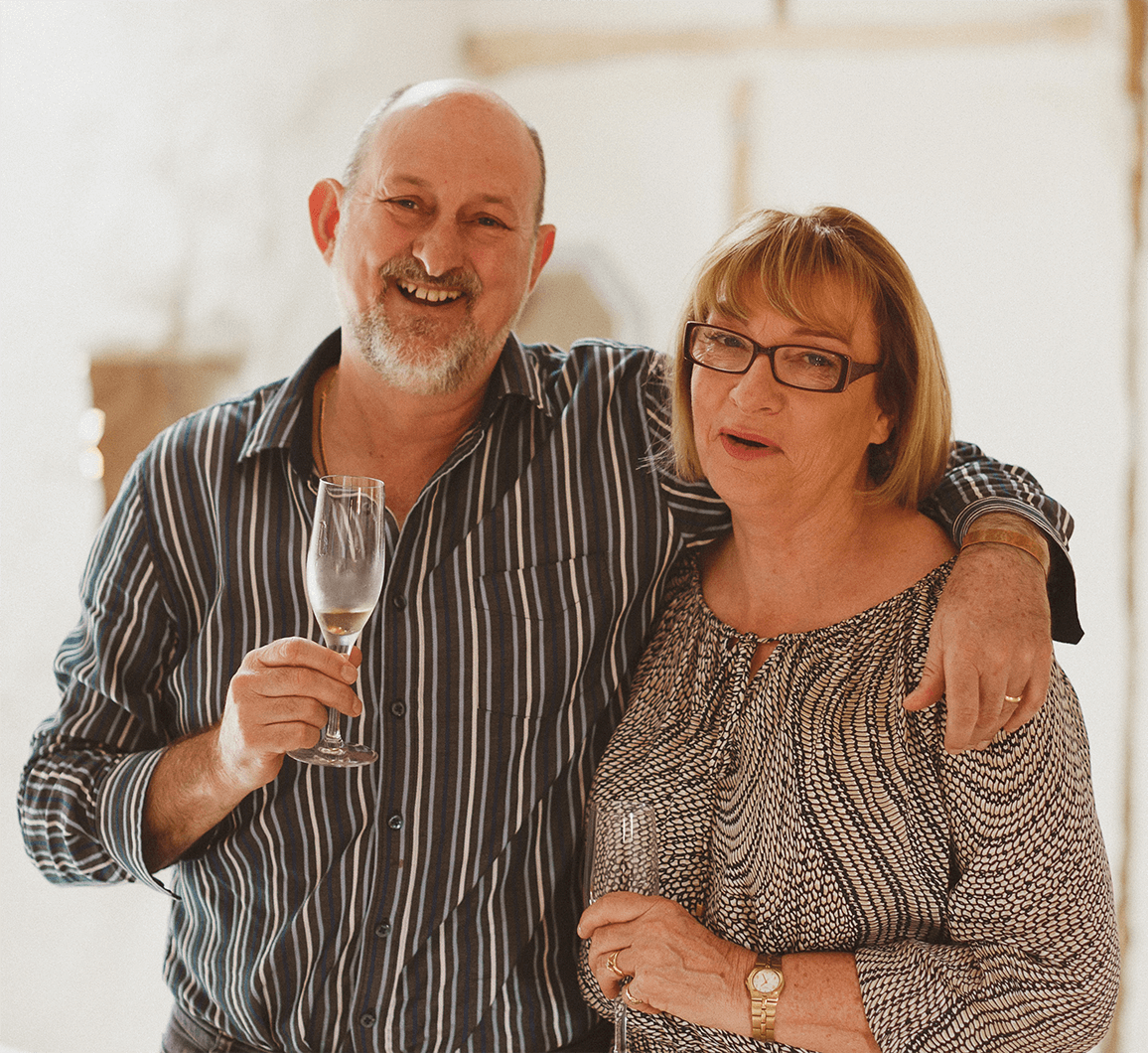 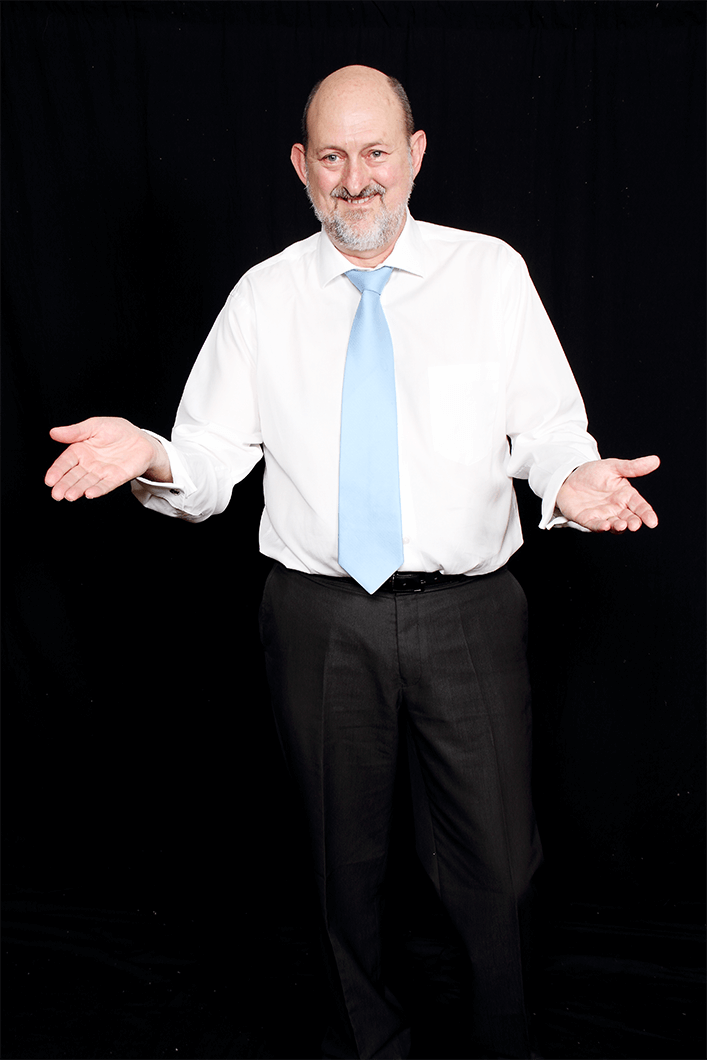 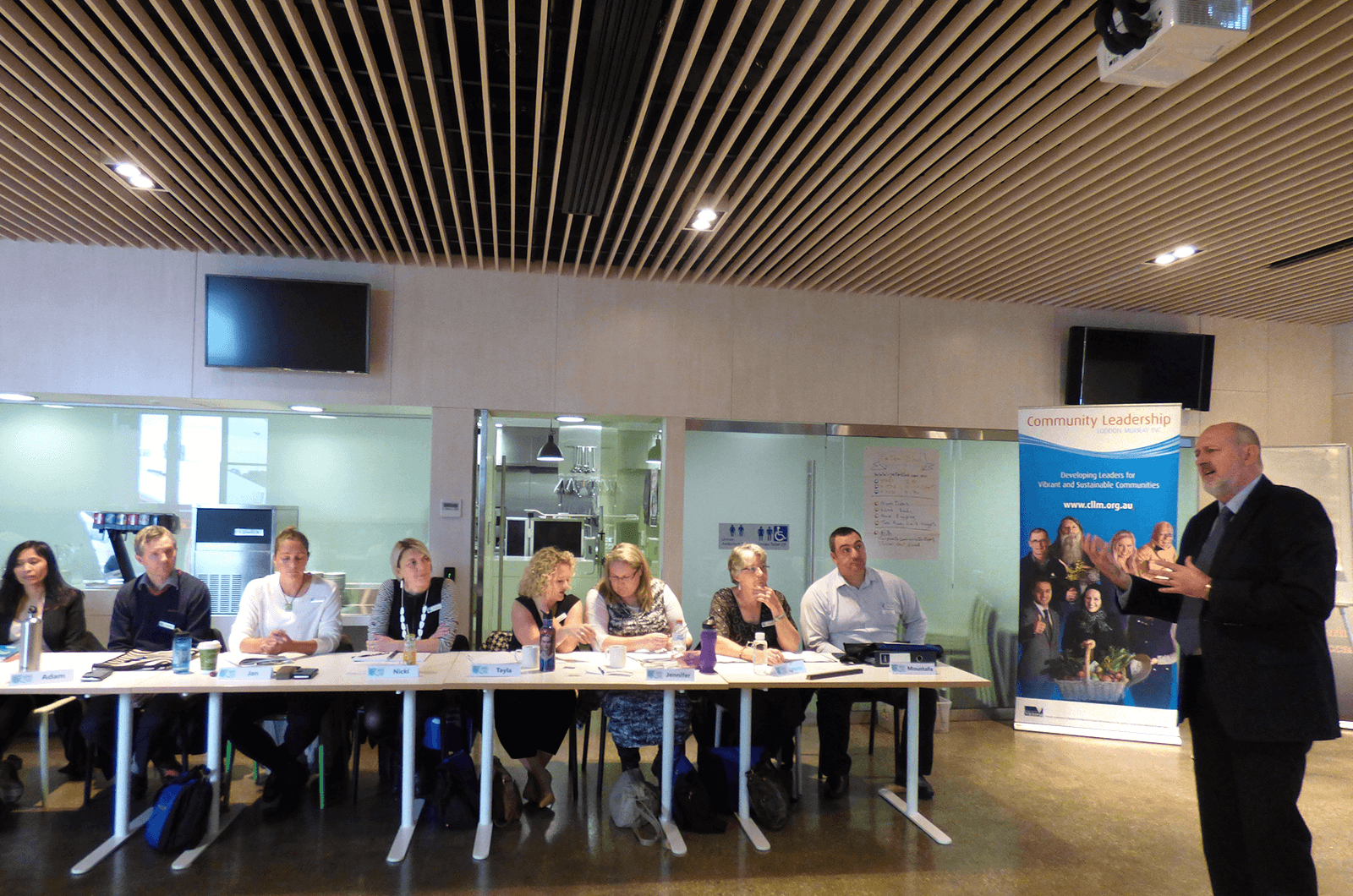 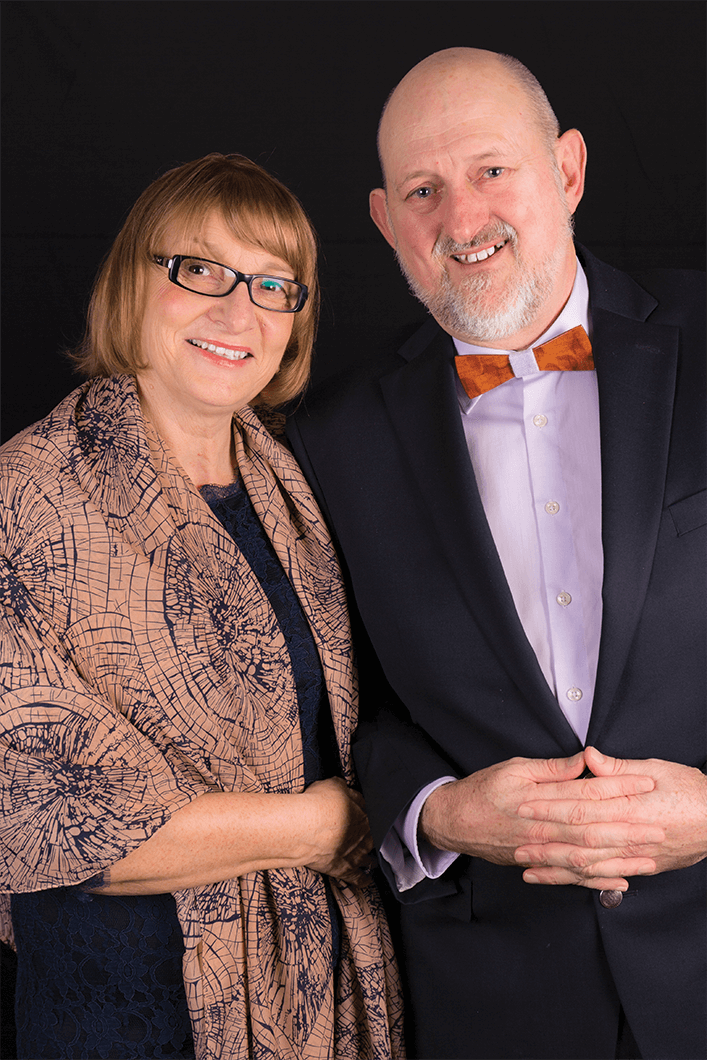 After speech therapy, Dhu was promoted at work, and other career opportunities opened up. But he still wasn’t keen on speaking—he didn’t volunteer to speak in meetings, for example. “I still played it safe and did everything to avoid being in the public eye,” he says.

While speech therapy helped him improve the mechanics of his speech, it didn’t rid the quiet scientist of his fear. “I hadn’t changed my mindset, so my mindset was still that of fear, avoidance and hiding,” he says. “While I wasn’t an elective mute anymore, I wasn’t growing or expanding or taking on challenges.”

The next tipping point came when he was 40 years old. His father had died, and Dhu decided to honor him by giving the eulogy at the funeral. It was the first time he stood up and spoke in front of a group of people. “I owed it to him,” Dhu says. “It was something that I felt compelled to do to thank him.”

Dhu’s father also stuttered, but he still accomplished great things in his lifetime. “Dad was a past president of the Lion’s Club, he was a life member of the football club, a life member of the cricket club, senior citizen of the year, and he did all these things—these great achievements—with his stutter,” he says.

As he prepared the eulogy, with his mother’s help, Dhu saw a comparison between two men: “One was my dad. One was myself,” he says. “My dad lived a life of possibilities, no limits. I lived a life of self-limiting beliefs. I realized how I had been hiding.”

After he delivered the eulogy, Dhu received praise and encouragement from his audience. “People came up to me and said, ‘Peter, if you can do that, you can do anything in your life.’” He was inspired to change his mindset. Instead of avoiding public speaking, he now wanted to face his fear. “I decided to never again allow fear to stop me,” he says. His first step in achieving that goal was reading Susan Jeffers’ self-help book Feel the Fear and Do It Anyway. He also attended more speech therapy.

In 2004, at age 46, Dhu joined the ­Curtin GSB Toastmasters club in Perth. It was there that he found his voice.

At first, club meetings were a challenge. “It took me five or six meetings to do the Ice Breaker speech,” Dhu says. “By speech five, I was feeling really confident.”

Before long, Dhu volunteered as an Evaluation Contest test speaker. He used those opportunities to deliver the last five speeches in the Competent Communication manual in less than a month.

“I decided to never again allow fear to stop me.”

Not long after joining the Curtin GSB club, he served as vice president education. In the following 14 years, he held several Toastmasters leadership roles, including area governor. He also joined three other clubs and mentored new clubs. He even won several speech contests, including the statewide Humorous Speech Contest in 2008.

Leonor Ragan, DTM, met Dhu when he joined the Curtin GSB club and says he is a role model for others. “Peter has gone through an amazing transformation,” she says. “I still remember when Peter joined Toastmasters and how far he has excelled in his confidence—and most notably how he found his voice.”

At age 50, after four years as a Toastmaster, Dhu made a momentous decision: He quit his job as manager of Western Australia’s statewide organ donation agency to become a professional public speaker and speaking coach. “It was really scary,” he says, “but my Toastmasters colleagues and friends kept giving me the belief and encouragement that I should do this.” 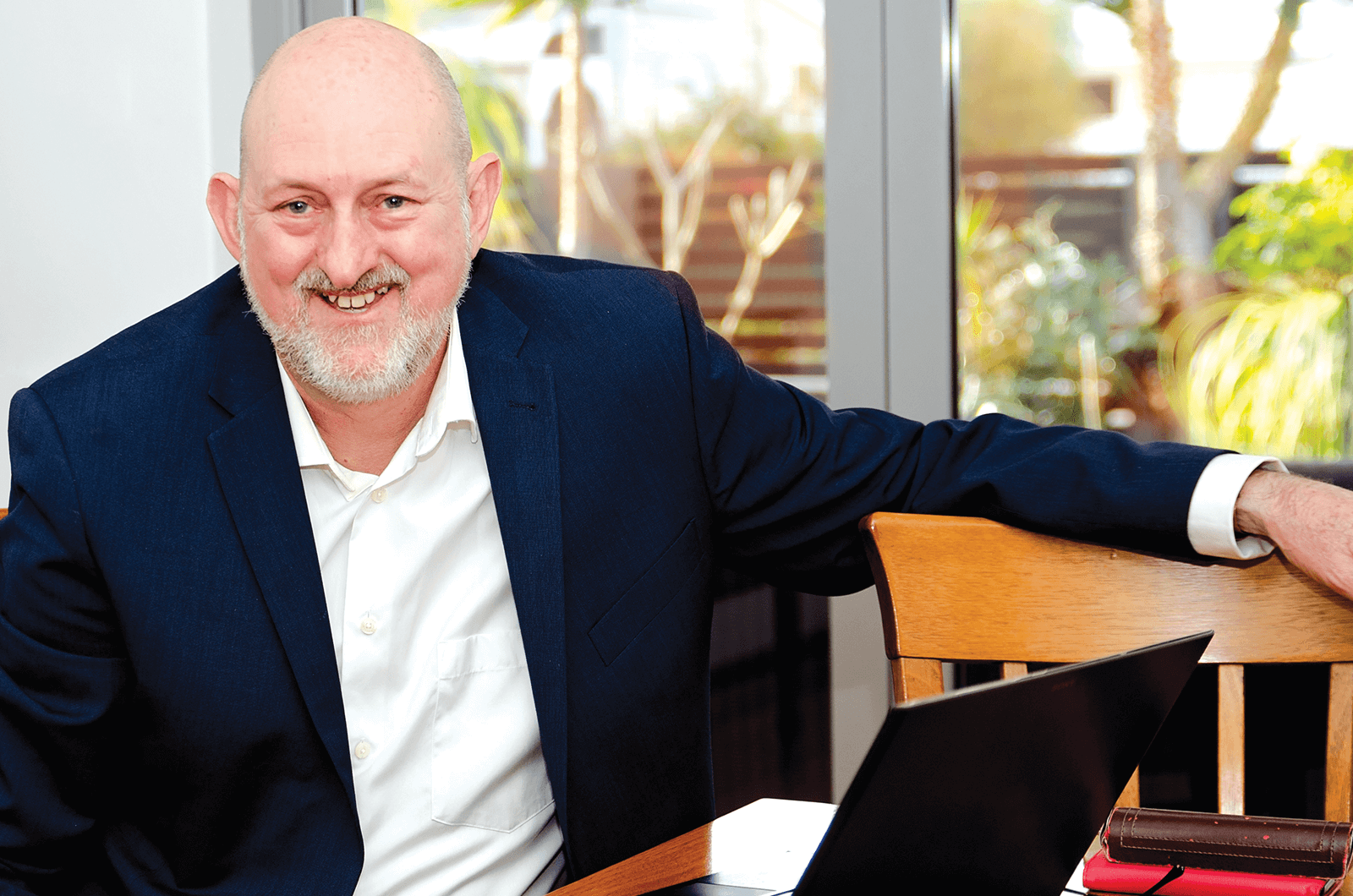 At conferences, workshops and through one-on-one sessions, he teaches the basics of public speaking, but he also helps people overcome challenges. “People pay me to inspire them to play a bigger game, to unlock their hidden potential and not let fear hold them back in their lives, in their journeys and in their businesses,” he says.

Dhu’s own experience is a powerful example and teaching tool. He encourages his audiences to face their fears and accept themselves for who they are.

“I am a person who stutters,” he says. “The first 40 years of my life, I could never utter those words. I could never tell people that I stutter because there was pain, there was embarrassment, there was humiliation. Now, it’s just part of who I am; it doesn’t define who I am.”


Video of Peter Dhu by Stories Out Loud. Find out more at www.facebook.com/storiesoutloud/.