Funny You Should Say That
June 2018

A few words on the words you just can’t say in public. 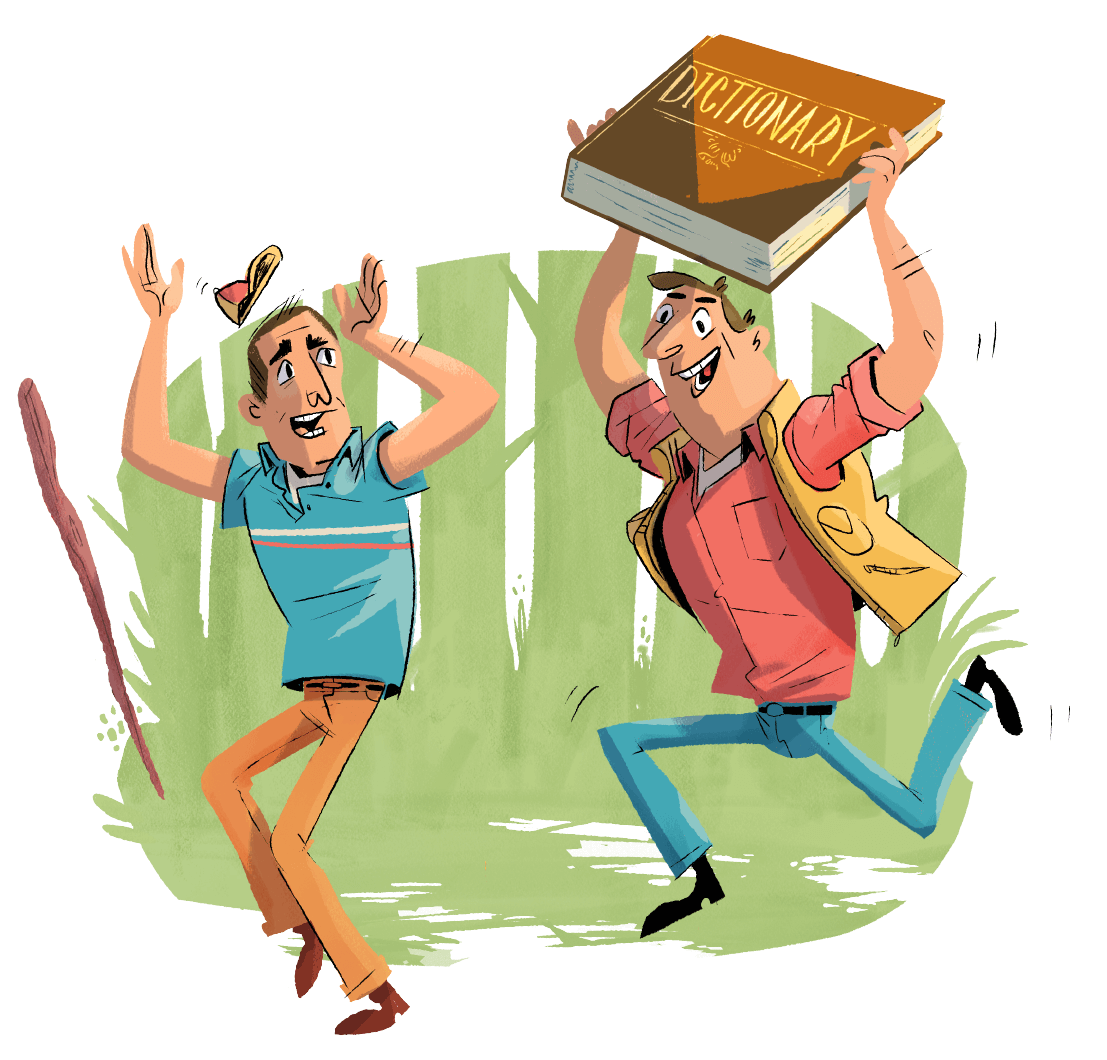 No, I won’t be talking about those words (the ones you couldn’t say as a child for fear of having your mouth washed out with soap). For one thing, you can say those words in public now. Any time. All the time. I sat through a movie recently where I thought I might have to wash out my ears with soap.

The worst you can be called for using such language is a foul mouth. The words I’m speaking of can get you pegged as something far more odious: well-spoken. I am referring to words like “fungible” and “solipsistic.” People don’t like it when you use those words. That’s because they’ve heard them and were too lazy to look them up, so now they feel stupid. And it’s your fault. Yeah, you—the person who innocently says, “I always talk about politics and religion in the most anodyne (inoffensive) terms,” only to find you’ve just offended everyone in the room.

I’m not talking about sesquipedalianism here (using big words for the sake of using big words). I don’t like those people either—the ones who always say “utilize” instead of “use.” I’m talking about the lapidary (elegantly precise) satisfaction that comes from using the most elegantly precise word. You can’t do that if you want to have any friends. Maybe once or twice because they think you’re kidding: “Hey, John, did you call me a flaneur? I’d get mad if I knew what that meant. Ha ha!” He should be mad. I called him exactly what he was: a charming freeloader.

Just don’t make a habit of it. I went hiking with a friend once and remarked that our outing was bound to be salubrious. He nodded but said nothing. A little farther on we were surprised by a deer running across our path, and I mentioned experiencing a frisson of fear. My friend gave me a funny look. On our return I referred to the setting sun as effulgent. That’s when he said, “OK, knock it off.” “What?” I asked. “The big words,” he said. “What?” I replied. “All I said was the hike would be beneficial for our health, the deer gave me a momentary feeling of danger, and the sunset was radiant.”

He hasn’t spoken to me since.

“When you come upon a word like ‘solipsistic,’ look it up—not to be a smarty-pants but because it can be so much fun!”

That’s not fair. The English language has more words than any other—close to a million. Am I not allowed to use more than a few hundred of them? It’s not like I’m blatantly showing off by using foreign words. Now that’s unfair. If I went with some friends to a production of, say, Macbeth and commented afterward, “I got tremendous delight in the way that actress captured Lady Macbeth’s sinister quidditas so well,” I would richly deserve the dirty looks I would be sure to get. However, if I said the same thing with perfectly legitimate English words—“I found tremendous delectation in that actress’s ability to portray Lady Macbeth’s malevolent, rebarbative nature”—I would get the same dirty looks, probably with an “Oh, shut up” thrown in to boot. That’s not fair, either.

Here’s the problem: People who use “big words” are thought to be showing off how “smart” they are. This is not true. People who converse with verbiage of the polysyllabic variety simply have dictionaries—and they use them. That is the only difference. When you come upon a word like “solipsistic,” look it up—not to be a smarty-pants but because it can be so much fun! Solipsistic means extremely egocentric. How many friends, acquaintances and family members could you use that on? Yeah, a lot. Wouldn’t it be great to tell them exactly what you think with no fear of repercussion because they have no idea what you’re talking about? I can tell you, the feeling will make you febrile with regalement (feverish with joy).

I am telling you all this not to appear “smart” (we already know what that means). My only intention is to spare you the ignominious (disgraceful) image of one who is shambolic (disorganized, confused) in his or her conversation … and to assure that you receive at least a moiety (portion) of the approbation (approval) that comes to those who make an effort to ameliorate (enrich) themselves.

Do we understand each other?