In Memory of Past International President Robert W. Blakeley, 1922–2017 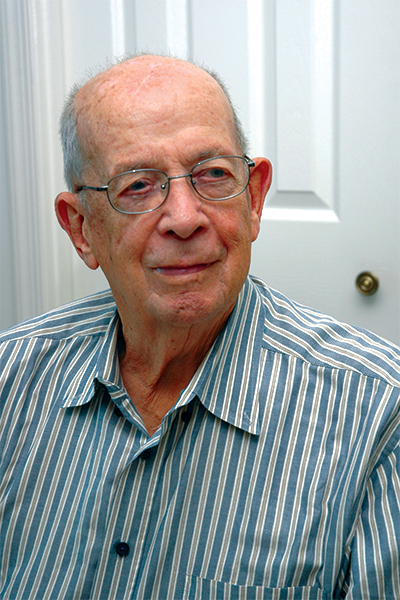 Past International President Robert “Bob” Wilson Blakeley, DTM, passed away in October at the age of 95 at a senior living community in Jacksonville, Florida. An influential Toastmaster and leader—a member for nearly 60 years—he will be missed by all who knew him.

Blakeley was a longtime advocate of the Toastmasters program. As the organization’s 1976–1977 International President, his theme was “Be Proud You’re a Toastmaster.” He traveled across Africa, Europe and the United States promoting the organization.

“I made the first visit of a Toastmasters International President to South Africa,” Blakeley recalled in a 2009 article in the Toastmaster magazine. “I went there to assess the potential for establishing a provisional district, which led to establishing a district there.”

He is survived by his wife Irene; his daughter Dot and son-in-law Bob Carver; his grandchildren Heather, Jennifer and Bobbi; and his four great-grandchildren.

Blakeley was born on August 30, 1922, in Ogden, Utah, 40 miles north of Salt Lake City. During World War II, he enlisted in the U.S. Marine Corps and fought on the beaches of Iwo Jima. He was also called up from the Marine Corps Reserve during the Korean War.

In 1956, Blakeley joined the U. S. Army Corps of Engineers. Two years later, after delivering an unsuccessful presentation to the Corps, he joined Toastmasters. As a civilian manager for the Corps, he was the head of administration for the military’s construction projects. In 1961, during the Cold War, he had the added responsibility of being a logistics official for the Army’s fallout shelter project. In that role, he designed what came to be a well-known symbol in the 1960s—three yellow triangles encircled in black on a yellow background. To add visibility and strength to the signs he was designing, he used reflective paint to reproduce the logo. That led to the production of 1.4 million signs, which were posted throughout American cities to identify public shelters in the event of a nuclear strike. In 1981, Blakeley retired from the Army Corps of Engineers as chief of administrative services.

“As the years roll by, I ­continue to pass on the ­lessons we learned from Bob to others.”

Blakeley is fondly remembered as a leader in Toastmasters for the part he played in opening membership to women. In the early 1970s, as a member of the Board of Directors, he was asked to lead a committee to reject the idea of changing the bylaws to allow women to become club members. But, he said in 2011, when Tim Keck, DTM, interviewed him for an oral history video, “I was driving to change the bylaws to include women.” A decision followed to allow each club to make the decision for themselves.

“That, I think, is a good lesson learned … when you’re managing an organization, or leading it, you need to lead it from the people’s point of view, not in terms of what you want to do from on top. Now we’re in great shape,” he added, because of the inclusion of women in Toastmasters.

Past International Director David Hollingshead, DTM, has this memory of Blakeley:

“In 2004, in spite of my limited experience, I was entrusted with the responsibility of reforming District 47. I called on Bob and gained two things from that meeting: (1) An in-depth ‘education’ in how to reform a district, and (2) a personal mentor who aided me tremendously in both my Toastmasters and professional careers . . . As the years roll by, I continue to pass on the lessons we learned from Bob to others.  I know this is what Bob would value the most as his legacy.”

“Bob Blakeley is an example of the perfect mentor. For nearly 40 years, I had the privilege of having Bob as my mentor. His love of Toastmasters knew no bounds. Every time I approached him with a challenge or problem, he never gave me his opinion directly but rather began by asking me a series of questions that led to a solution which would end by Bob saying, ‘Now isn’t that amazing, you already knew the solution.’ I give Bob credit for all the good things I accomplished in Toastmasters.”