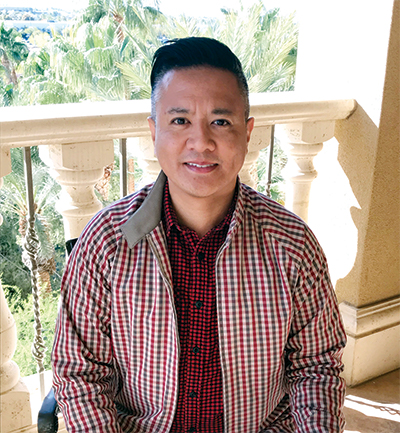 It is estimated that the U.S. labor market lost millions of jobs in the late 2000s, a period known as the Great Recession. Toastmaster Eugene Beronilla was among those directly affected. He survived the worst of the recession by working on two public health projects, but both contracts ended in June 2012. Beronilla went without work for a year and a half. But in 2012 he joined the Career Builders Toastmasters in San Diego, and he credits his club experience for boosting his confidence and ­helping him speak articulately in a variety of settings.


What was it like for you to be unemployed for so long?

I was so confident I could get a job that I didn’t prepare for what it took [to find work]. It was after the first few rejections that I realized something was wrong, and I didn’t have the life experience to avoid the slippery slope I was about to face. I went through a foreclosure process and almost lost my home.


How did this affect you?

I experienced a period of serious depression. Because of my ­public health background, I recognized the signs and I sought mental health services for the first time in my life. I realized how being unemployed for so long creates what I call a triple whammy: The longer you don’t work, the more it affects your 1) finances, 2) marketability, and 3) most of all, your self-esteem because of the constant rejection when job searching. As my self-confidence weakened, my ability to carry myself well in ­interviews decreased. It helps to have a resource in place to deal with the mental health barriers.

I work in the Pediatrics department at the University of California, San Diego. I am contracted by San Diego County’s Health and Human Services to manage the education, training and outreach activities of the Immunization Branch. In short, I share a responsibility to update everyone in the county on the federal regulations and information regarding immunizations.


Do you use your Toastmasters skills at work?

Yes, I am frequently expected to speak publicly in front of small groups to large conferences. I also facilitate high-level meetings, and even get requests to lead public speaking workshops. The pivotal point came when I addressed Congresswoman Susan Davis and the San Diego Workforce Partnership, the organization that helps job seekers in San Diego County.

When Congresswoman Davis asked me to speak about my long-term unemployment, I was ready, because I outlined and practiced my talking points, just like we do in Toastmasters. She then surprised me by holding a press conference immediately afterward and asked me to say a few words. In front of cameras and microphones on the lectern, I told myself this was the most important Table Topic of my life. The media picked up some sound bites from what I said, which went to public radio, newsprint, and, I believe, a news station.

Congresswoman Davis even took my story to Capitol Hill [in Washington, D.C.] to help long-term unemployed constituents by saying, “Let’s do this for Eugene.” It was such an honor.


What advice do you have for job seekers?

Do not give up and don’t give in to the feelings of rejection. If you’re in a serious slump to the point that you don’t feel motivated to continue with the job search, seek mental health services or talk to a job recruiter. And keep active in your field. While unemployed, I took leadership roles in my Toastmasters club. I applied my organizational, administrative and graphic design skills to boost my club’s membership and visibility in the community. That helped to keep my public speaking engine running so that when it came to that critical moment—in my case, the chat with a congressional leader and the media—I was already revved up.