Funny You Should Say That
February 2018

Sliding, speeding, flying and other signs of mental instability. 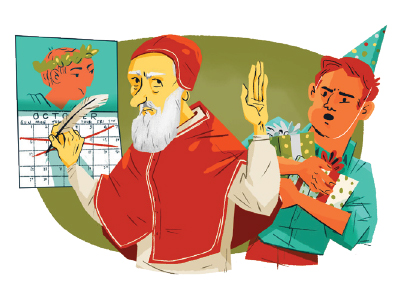 Take the luge, for instance, an event in which two humans lie face up on a small sled and rocket down an iced track at speeds approaching 90 mph—with very little means of control. Historians tell us the Vikings invented it in 800 A.D. but they don’t say why. My guess is it was a form of torture to terrify their prisoners to death. It only became a sport when the famous warrior Ivar the Boneless, bored with conquering and pillaging, decided to try it for himself and said, “You know what, guys? This is actually kind of fun.”

The practice faded along with the fearsome Norsemen, but it was oddly resurrected in the Swiss town of St. Moritz when English tourists stole the sleds of delivery boys to go careening down the streets for a little winter fun. And fun it was—for them. Not so much for the people they hit. Deciding that flying pedestrians was not the way to promote tourism, the St. Moritz Chamber of Commerce built the Brits a separate track and the era of competitive luging began. The first organized race occurred in Europe in 1883. Americans were more cautious. They didn’t adopt the sport until 1965, and then only if they could forego the traditional skin-tight, aerodynamic luge outfits for steel-plated suits of armor.

Cousin to the luge is the skeleton, where, instead of screaming down a chute of ice feet first, you make it a little more interesting by going head first! The requirements are minimal: a sled, helmet, speedsuit, spiked shoes and a notarized letter from a board-certified psychiatrist affirming that you are not completely out of your mind.

Ski jumping is another activity where mental health may play a role. What sane person would think that propelling yourself off a ramp 300 feet high is a good idea? Olaf Rye, that’s who. Olaf was a Norwegian military man in the 19th century who, the story goes, liked to amuse himself by getting a little air under his skis. Another story—more credible in my view—is that the sport originated when a bartender in Oslo, depressed by the endless Nordic winter, told a friend he was going to kill himself by jumping off a cliff, upon which the friend replied: “Strap on a pair of skis so if you change your mind on the way down you’ll have something to land on.”

What sane person would think that propelling yourself off a ramp 300 feet high is a good idea?

Then there’s the biathlon, not so much dangerous as curious: cross-country skiing and then stopping to shoot at a target. OK, but … why? Again, we can look to our northern European friends for the answer. The biathlon is a Scandinavian tradition that began as a form of military training for national defense in snowy conditions. There were originally four events: shooting while skiing downhill at full speed; skiing through trees; skiing big hills without falling; and flat-ground skiing with a backpack and rifle. The last is the only one to survive because its participants were the only ones to survive.

I do like curling, which comes to us from the wonderful—and sensible—country of Scotland. You may think the sport is boring but that’s the point. The worst that can happen is you lose, which is actually good because in curling the winners traditionally buy the losers a few drinks. That’s my kind of sport, where you drink heavily after the event rather than having to drink heavily before it.