Funny You Should Say That
December 2018

If you can’t understand someone who speaks a language other than your own, blame it on Nimrod, the biblical king who tried to build a tower reaching all the way to heaven. This, of course, was the famed Tower of Babel, and when the Principal Occupant of the celestial abode saw what Nimrod was doing, He didn’t much care for the idea. The Almighty had made it perfectly clear how human beings could
get to heaven, and taking an elevator to the sky deck wasn’t one of them.

At that time all peoples of the earth spoke the same language, and God determined that this was the problem—i.e., a single people speaking a single language could accomplish just about anything, and that was His job, not theirs. Hence, He said, “Let us go down and confuse their language … so they can no longer understand each other.” This is why the Tower of Babel’s men’s room was marked “GIFT SHOP.” It’s also why the world today has some 6,500 languages, providing steady employment for generations of United Nations interpreters, not to mention the company that supplies the headphones.

Fast-forward a few millennia to 19th century Russia and we meet a Polish ophthal­mologist named Ludwik Zamenhof, who begged to differ with the Creator. He believed that separate languages divide people, leading to tribalism, xenophobia and conflict. Unify language and you will unify mankind in peace and brotherhood, so he reasoned. The fact that his wife, who did speak the same language as Dr. Zamenhof, kept telling him “You’re not hearing what I’m saying” appears not to have entered into his thinking.

The good doctor didn’t just believe in a universal language; he created one and published it in a book called Unua Libro, using the pen name Dr. Esperanto, which means “one who hopes”—an understatement if ever there was one. We must remember this was at a time when Russia had just finished invading the Caucasus in what can only be described as a not very nice way. To think that if the Russians and Caucasians simply spoke the same language they would forget centuries of tribal hatred and hold hands dancing around a bonfire … well, yes, that would be hopeful. Delusional is another word that comes to mind.

“There is also a movement to make Esperanto the official language of the
European Union.”

However, I am here not to bury the man but to praise him. He was a true idealist who made a real effort to make the world a better place. Would you spend years developing a language described as “lexically predominantly Romanic, morphologically intensively agglutinative, with phonology, grammar, vocabulary and semantics based on Indo-European languages,” offering a sound ­inventory essentially Slavic, and a vocabulary
deriving primarily from the Romance languages, with a lesser contribution from Germanic, Slavic and Greek languages—all while running a medical practice and raising a family.

I say give the man a cigar.

Nor were his efforts totally in vain. An estimated 2 million people speak Esperanto today, comprising 0.03 percent of the world’s population—which doesn’t exactly fit the definition of “universal” but still … the language lives! Or at least it’s on life support. For one thing, there was a “self-proclaimed artificial island micronation” named Rose Island that used Esperanto as its official language. The idea of something being artificially official strikes me as odd, but if it was self-proclaimed, in a place nobody could find on a map, who could argue?

There is also a movement to make Esperanto the official language of the European Union. Now, that might actually stand a chance if it weren’t for Brexit. Unfortunately, if the English don’t want to share a common currency they probably won’t adopt a common language that has them asking for a cup of tea by saying, “Cu mi povas havu tason da teo?”

Ultimately, you might say Esperanto is like 3D TV—a nice idea that never caught on. And I know why. It’s too nice. You can’t insult anyone, which—let’s face it—is the most creative part of any language. Think of the brilliant French put-down T’as une tête a faire sauter les plaques d’egouts! (“You’ve got a face that would blow off manhole covers.”) That, folks, is genius. Would you have it replaced with Vi havas vizaĝon kiu blovos la kovrilon de kloako? 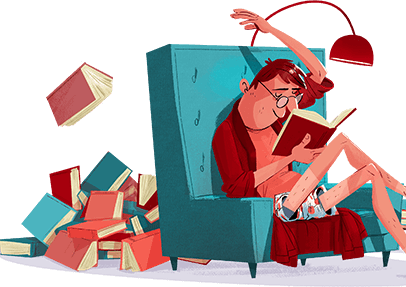 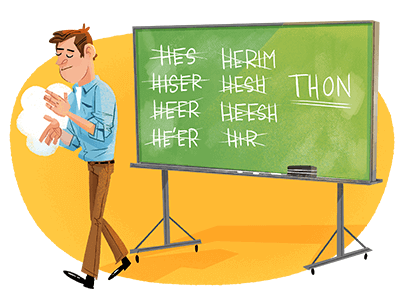 Observations on the eternal search for a word that includes everyone and offends no one.