A Teacher of Hope

In Memory of Past International President Robert “Bob” Barnhill, PIP (1996–97), DTM, AS 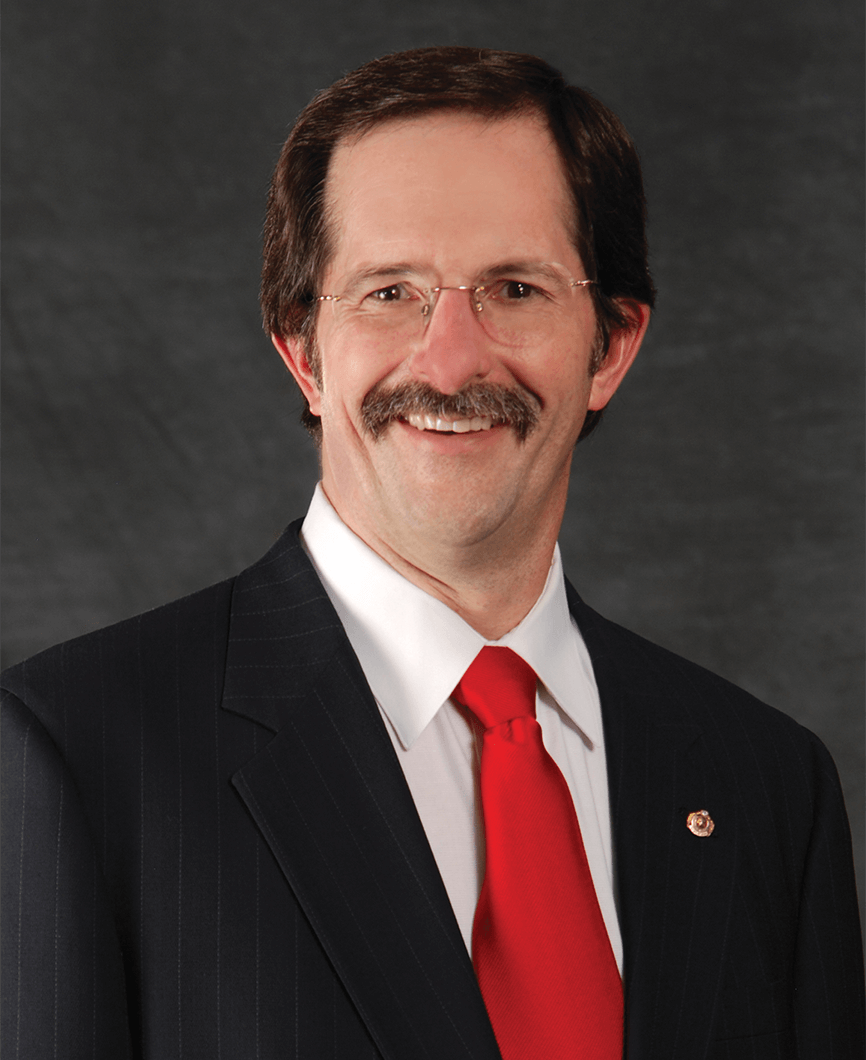 Bob Barnhill’s theme as 1996–97 International President was “A Passion for Eloquence.” He adopted former U.S. Secretary of State William Jennings Bryan’s definition of eloquent speech as “a thought on fire.” Barnhill said in his introductory interview for the Toastmaster magazine, “Each of us has a special gift to share with the world; however, most people fail to let their song be heard.” All those who remember Barnhill heard his song loud and clear, and benefited from the gift he shared with the world.

Barnhill earned his B.A., MBA and Doctor of Jurisprudence ­degrees—all in a span of just five and a half years—from Texas Tech University, where he taught as an adjunct professor since 1986. After graduating magna cum laude with a law degree in 1980, he joined the Lubbock Toastmasters club in 1983 and became the club’s president the following year. He made a career as an attorney, certified public accountant, personal financial specialist and certified financial planner specializing in retirement, estate and individual income tax planning. The Robert Barnhill PFP student and faculty Toastmasters club was chartered at Texas Tech in 2014 to honor his “extraordinary contribution to the Personal Financial Planning Department” as well as “to ensure the teachings of Professor Barnhill are passed down for all future generations.”

Barnhill championed teaching and mentoring in his career and through his involvement in Toastmasters, saying in a 2013 video interview of past international presidents that “as mentors you open doors; it’s up to the mentee to walk through the door.”


In 1990 the Barnhills founded L.I.V.E. Speakers Inc., a training and consulting company offering continuing education courses and conducting seminars for professional associations across the United States. In 1991–92 the American Institute of Certified Public Accountants named Barnhill Outstanding Discussion Leader for Texas, and in 1992 he earned the coveted Toastmasters designation of Accredited Speaker. He was passionate about leadership and instrumental in advancing the Toastmasters leadership track. When Barnhill became the 1996–97 International President, he said to the Toastmaster magazine, “We must be tenacious in our quest to make leadership development as much a part of Toastmasters as communication training is today.”

Past International President (1993–94) Neil Wilkinson, DTM, who served with Barnhill on the Toastmasters Board of Directors, remembers Barnhill’s “sincere desire to help people ﬁnd the passion and courage to achieve their dreams.” “He did this throughout his entire life,” Wilkinson says, “without any expectation of reward for himself. I will miss his boisterous laugh, his wise counsel, his keen sense of humor and his outstanding ability to help others.”

Barnhill was a leader in many areas, including as a past president of the West Texas Chapter of the Financial Planning Association, as a past chairman of the Lubbock Chamber of Commerce Small Business Committee and as a member of the boards of ­directors for the American Cancer Society, Big ­Brothers Big Sisters organization and Lubbock Community Theatre. He embodied the spirit of embracing all opportunities life had to offer, saying in an interview with Toastmasters Past International President (1999–2000) Tim Keck in 2013: “A little thing with me is no regrets. You don’t want to get to the end of life and regret not having done something, tried something. … I think the people who fail to take advantage of the opportunities Toastmasters has to offer are the ones who lose out.”

Even when Barnhill fell ill, he did not miss an opportunity in Toastmasters. His wife, Jana, says even after 37 years of marriage, “We were still on our honeymoon.” As past international presidents, the couple remained very active in Toastmasters and attended the annual International Conventions, with last year being no exception even though Bob could no longer fly on an airplane. They drove from Texas to Vancouver with a second car trailing them with equipment and caregivers. “He did not let anything stop him,” Jana says. “Not once during his illness did Bob complain about anything.” She remembers her husband burning the midnight oil during the recent tax season, despite being physically unable to work except through special computer software. “He would not have it any other way.”

When asked in the 2013 interview how he’d like to be remembered, Barnhill said as “a teacher of hope.” “I want people to sit back and say, ‘You know, he put hope in my heart. He gave me the ability to believe that tomorrow can be a better day, and not to quit, not to give up. … And because of that, I have a light.’”