10 Tips for Introducing Your Speech Globally

How to get your talk started anywhere in the world. 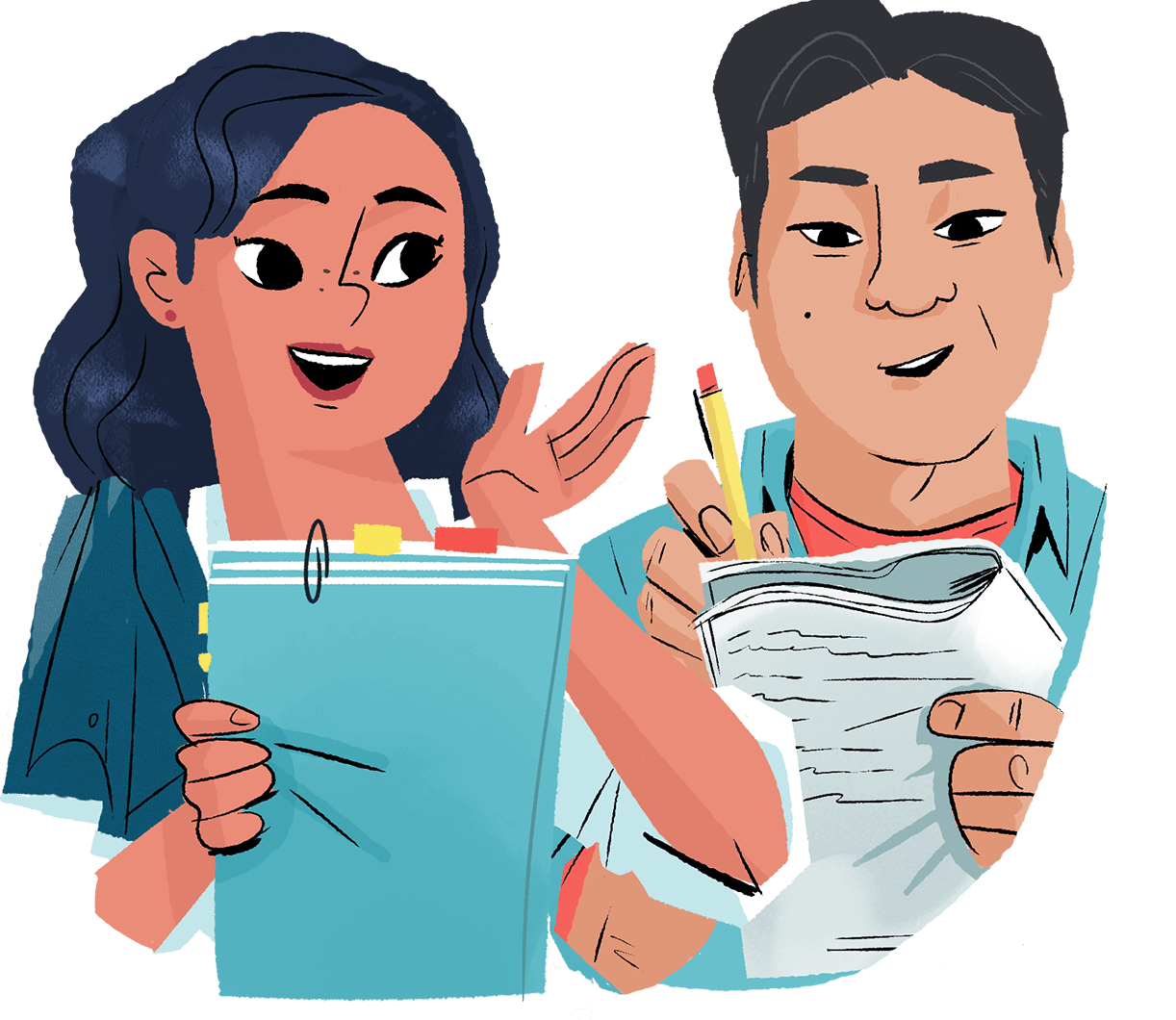 It’s a big world, and people who travel and work in a country other than their own quickly discover there is much to learn about international culture and customs. Understanding cultural differences and their impact on communication is essential—what works in Wisconsin might fail in Frankfurt.

Knowing the cultural “do’s and don’ts” of any audience is essential for delivering effective presentations. Knowing what makes an effective introduction—what will help you succeed in the first few minutes of your talk—can ensure your presentation in Britain will be a “bomb” (that’s British English for a great ­success!) and not the “flop” that word means in New York.

How can you get started on the right (cultural) foot? Here are the top 10 tips from my 30-plus years of giving presentations in more than 100 countries.

10 Great beginnings depend on what you want to achieve.

Is the purpose of your talk inspirational, motivational or instructive? Is it to entertain or to provide cutting-edge information? Is the format a talking head, a panel or an interactive experience? Your responses will indicate your preferences and skills as a presenter. But you may need to adapt your answers to the cultural preferences of your audience, because they vary by culture too.

For example, if your purpose is to present cutting-edge information in Germany, unless you understand the deeper elements of German humor it’s best not to mix in too much “entertainment.” German culture clearly compartmentalizes “facts” from “fun” in a professional environment, and too much “fun” mixed into a serious fact-focused talk can raise doubts about your credibility and believability. On the other hand, if your presentation is in Nigeria, your professional credibility and believability will be enhanced if you make your fact-based points through human-focused stories, anecdotes and metaphors.

9 Show who you are from the start.

Audiences appreciate a presenter who is personable, affable and interesting, but how does that translate across cultures? Give your audience an immediate picture of you. In some cultures (United States, Israel, the Netherlands, United Kingdom) “personal” means demonstrating behaviors that are informal, friendly and egalitarian (de-emphasizing differences between yourself and your audience); however, “personal” in other cultures (China, Singapore, India, Mexico) requires demonstrating behaviors that are more formal according to role, status and expertise—and that emphasize differences between yourself and the audience.

In either case, it is important to reveal who you are with humility. Deftly establish your authority in your introduction while acknowledging that it is based on your desire to serve your audience. In cultures that de- emphasize role and status difference, do not focus on your accomplishments in your introduction. Instead, provide examples of how you are just like everyone else, with similar experiences and goals in life.

8 Demonstrate your admiration of their culture.

Use the introduction as an opportunity to endear yourself as an admirer of the country’s achievements. All too often speakers are seen as parachuting in, paternalistically sharing their advanced wisdom and technology, and just as quickly leaving with little or no awareness of the culture they have just addressed. ­Actively undermine this preconception by stating some facts about the culture or quoting from some key cultural contributors (authors, scientists, politicians), especially if the quote has relevance to the topic of your talk. Nothing will defuse the expectation of you being yet another incurious outsider than acknowledging the culture’s contributions to the world in your introduction.

No matter how engaging your introduction is, if the ­audience cannot understand what you are saying, your message won’t get through. Despite the apparent, and advancing, ubiquity of English—at least in the global business world—never make assumptions about your audience’s English language proficiency. Despite your best intentions, what you say is often interpreted quite differently from what you mean. When your audience does not speak English as its first language, what you say may not be understood at all, or only in bits and pieces. When language gets in the way, audiences often won’t let on that they don’t understand, out of respect for both the presenter and themselves. To overcome language traps, try to adjust the pace of your speech, avoid multisyllabic words and remove all abbreviations and ­acronyms from your talk.

6 Meet with your translator.

If your audience requires translation, always request simultaneous translation, where the translator is translating as you speak, and you do not have to take breaks in order for the translator to speak. If possible, meet with the translator ahead of time to review the content of your talk, giving them the opportunity to ask about particular words and concepts you will be using. This is also the time to establish rapport with your translator, important from the moment you step on stage. As soon as you start to speak, the translator will also be speaking, and your mutual goal is to put the audience at ease with the fact that they are experiencing a translated session.

People make decisions about you within the first 10 seconds of your walking on stage. So, while managing any spoken language differences is critical, understanding how your body language could be interpreted, or misinterpreted, based on cultural differences is also critical. Hand gestures, smiles, facial expressions, posture (informal or formal) all combine to provide information that can either engender a warm reception or put your audience off to everything else you have to say. Become familiar with any peculiar cultural meanings to hand gestures, facial expressions and body composure so you don’t inadvertently express something nonverbally that you don’t mean.

“A successful introduction is different in Paris, Perth or Peoria.”

For example, the “OK” hand gesture in the United States (tip of forefinger meeting tip of thumb) is offensive in Brazil. The “V-for-Victory” sign in the United Kingdom must only be done palm facing outward, never inward. In general, reduce your body language with East Asian and Middle Eastern audiences (e.g., Japan, China, Korea, Gulf Arabia). If there are others on stage with you, use appropriate culture-specific body language to greet men and women (i.e., in some cultures it is inappropriate for men and women to touch in greeting; in other cultures, “air kissing” is the norm).

4 Your introduction also indicates the way you think.

Some cultures (France, Germany, continental Europe, Japan) prefer talks that clearly and logically start with a well-defined premise; provide substantial, evidence-based, sequentially connected facts that advance that premise; and lead irrefutably to a self-evident conclusion. Other cultures (the United States, United Kingdom, the Netherlands) put more emphasis on hearing your conclusion first and then hearing one or more stories illustrating how you got there. Many cultures fall somewhere in between, requiring some degree of logical “plan” or “road map,” some more­, some less, for what and how they will learn from you.

Technology—in the form of graphics, slides, instant audience feedback techniques and more—is as essential to your introduction as to the rest of your presentation. If you’ll be using technology throughout the rest of your talk, engage your audience right from the start so there’s no “techno-hump” (“oh, now we look at the slides”) for them to get over once your presentation begins in earnest.

If language gaps exist, it is critical not only from an aesthetic and engagement perspective but also from a comprehension perspective to keep text on slides to an absolute minimum. Some cultures prefer developing understanding through pictures, images, graphs and numbers. The written script of many East Asian cultures, for example, is itself based on characters, and not letters; these characters evolved from pictographs of the actual concept they represent (remember the old saying, “A picture is worth a thousand words”). Comprehension and understanding in these cultures unsurprisingly is more “holistic,” based on synthesizing data and information from ­numerous sources, and is not necessarily the result of Western-style analysis, deconstruction and linear thinking. For all the right engagement reasons, and for cultural reasons in East Asia, use images, pictures, graphs and limited numbers—and almost no text in your slides. Keep all the images culturally neutral—or at least culturally sensitive—avoiding colors or symbols with religious or political connotations and pictures of people dressing or behaving in ways contrary to the culture’s accepted norms.

2 Have a game plan for cultural ‘damage control.’

No matter how “culture-wise” you become and how much you research ahead of time, unless you are “of” the culture or have significant firsthand experiences, there will be a gap between what you know and what the audience expects. Even the most prepared speaker may inadvertently make a culturally inappropriate remark. How you handle this is key to whether your talk will be a success.

Cultural knowledge is not about trying to behave like someone else, but should be used to inform your presentation so what you do or say is not interpreted as offensive. During your speech, if you sense something culturally offensive has occurred, immediately address it. Overlooking it may be efficient, but the “event” will always be there, like a ghost in the room. How you address it is the key. Taking responsibility for the cultural mistake is critical, but you can do so by clearly making yourself the guilty party, based on your ignorance. Then thank the audience for teaching you something, and making you a better person for it.

The final, and perhaps most important, tip is: No matter what you do in those first few minutes on stage and throughout your talk, do it with humility and gratitude. Humility that you have the opportunity to speak about something so many are presumably eager to hear and gratitude for the possibility of making new friends and learning new things about them and their country. While you might be the expert, the real gurus are those who learn from others, and in so doing, share something of themselves. You are not only the speaker, the expert or the thought leader; you are also an ambassador of your country and its people. You may be the first person from your country some members of your audience have ever met. They also have pre­conceptions about your country, and you have the privilege and responsibility to either change or reinforce those perceptions. Your audience is not just judging you; they are also judging your country and all that you represent—from the minute you step onto their stage.

Dean Foster is an expert on culture in business and frequently lectures at various universities and conferences. He is the author of many books including Bargaining Across Borders and the Global Etiquette Guide series. He is the director of his own firm, DFA Intercultural Global Solutions. Learn more at www.deanfosterglobal.com.